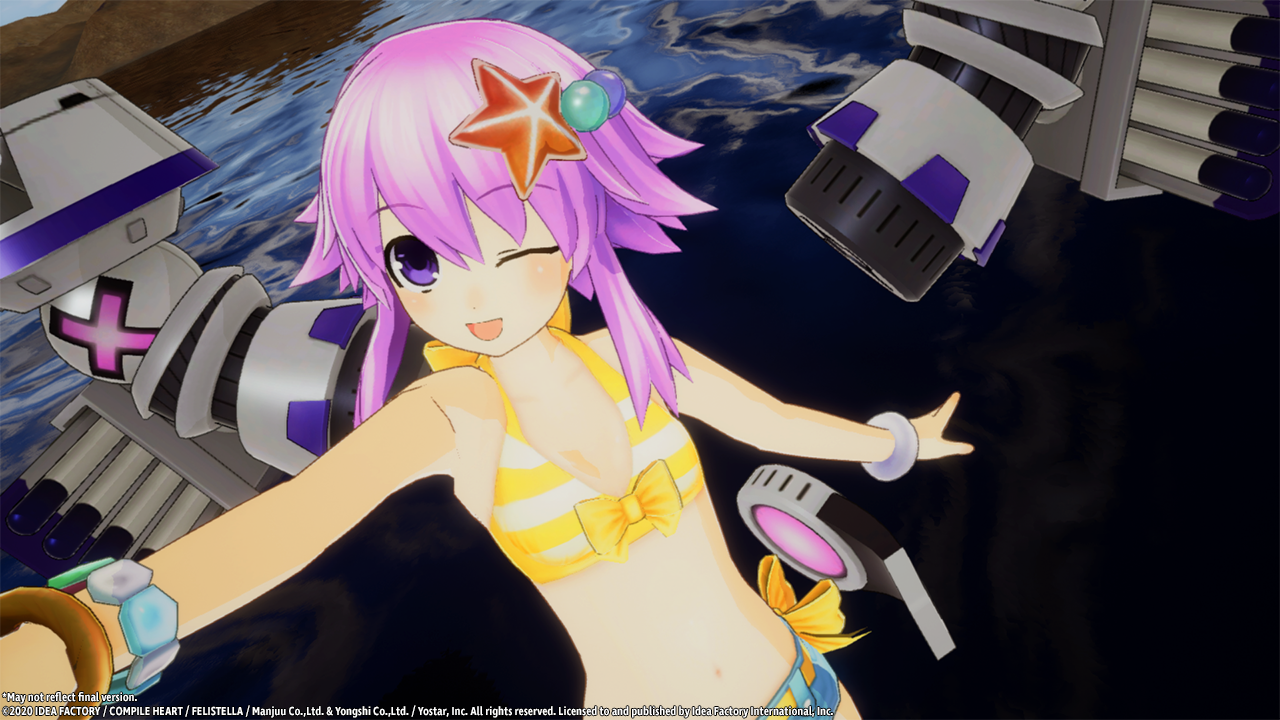 LOS ANGELES, CA., January 12, 2021 – Did somebody say pudding?! We’re excited to announce that the 3D action shooter game, Azur Lane: Crosswave for the Nintendo Switch™ will have a free, limited-time download of the playable character, Neptune from the Neptunia™ series!

Fans can also find that the official website has been updated with profiles for the Iron Blood Support Ships below:

Did you know the Nintendo Switch version of Azur Lane: Crosswave contains new additional content? The following have been added to the Switch release:

The game is now available physically and digitally on the PlayStation®4 in North America, Europe, and on Steam®. 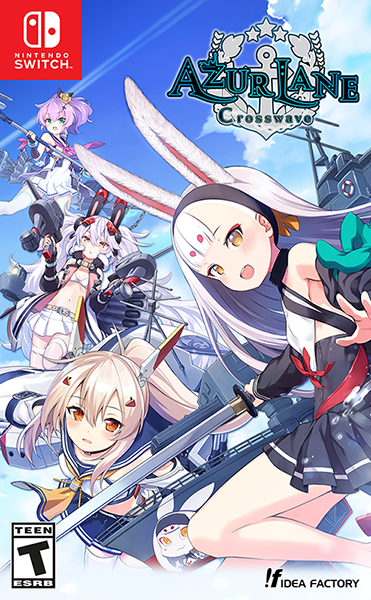 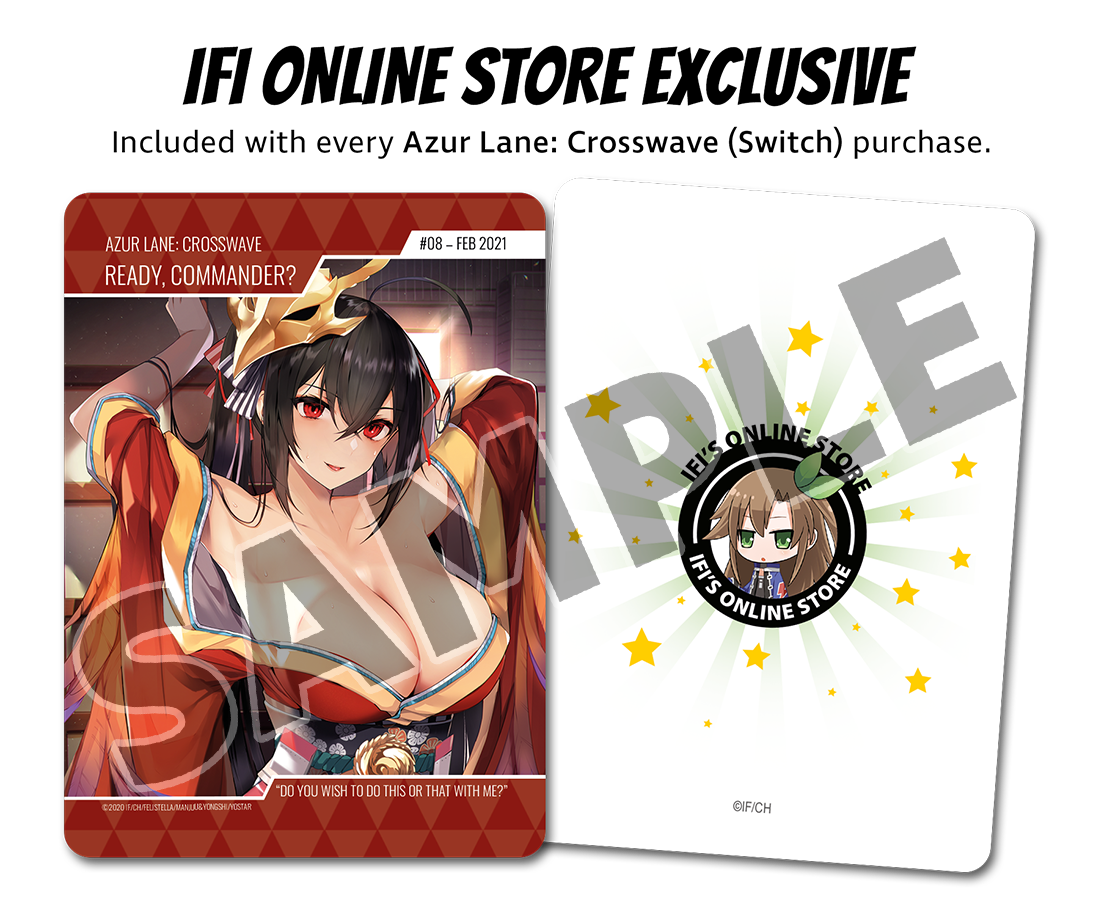 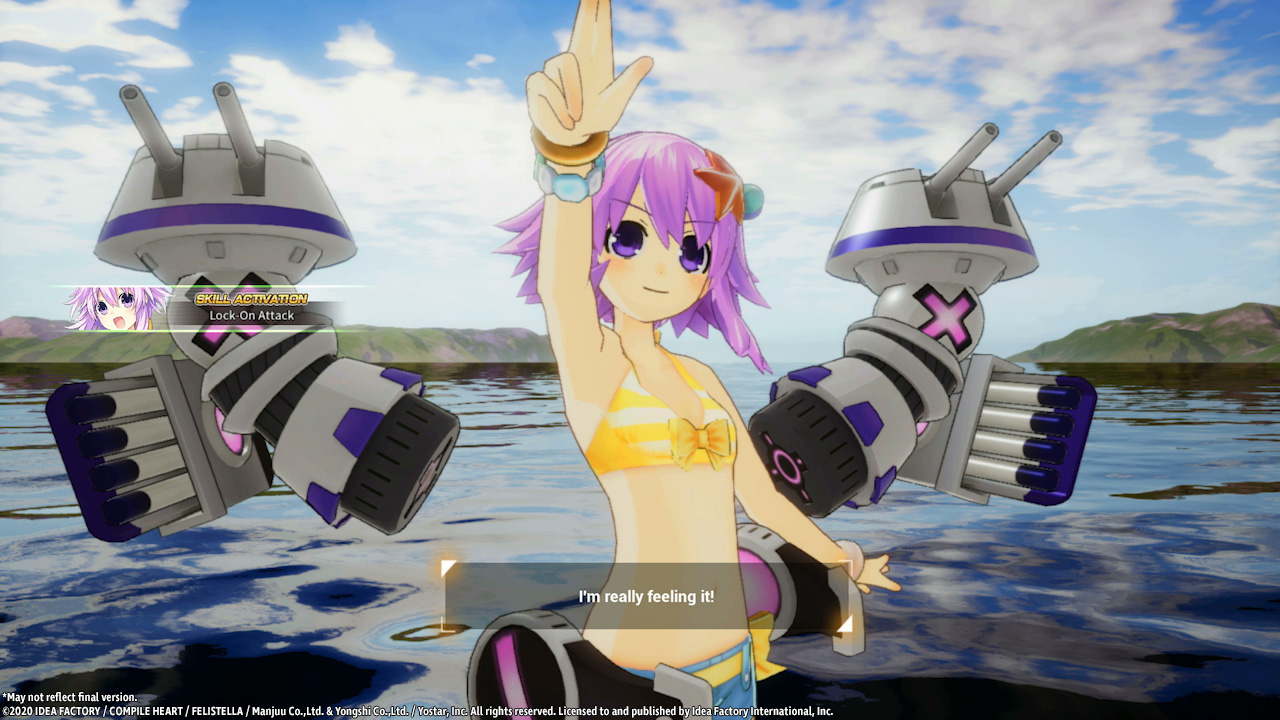 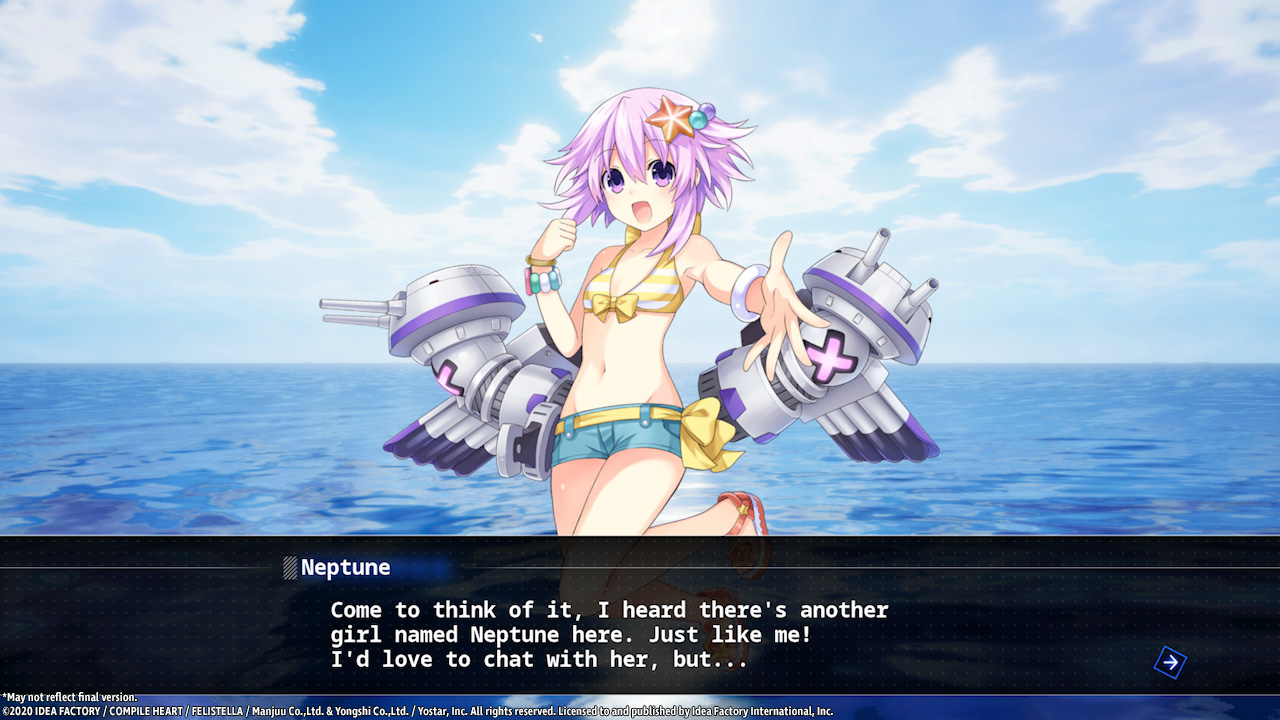 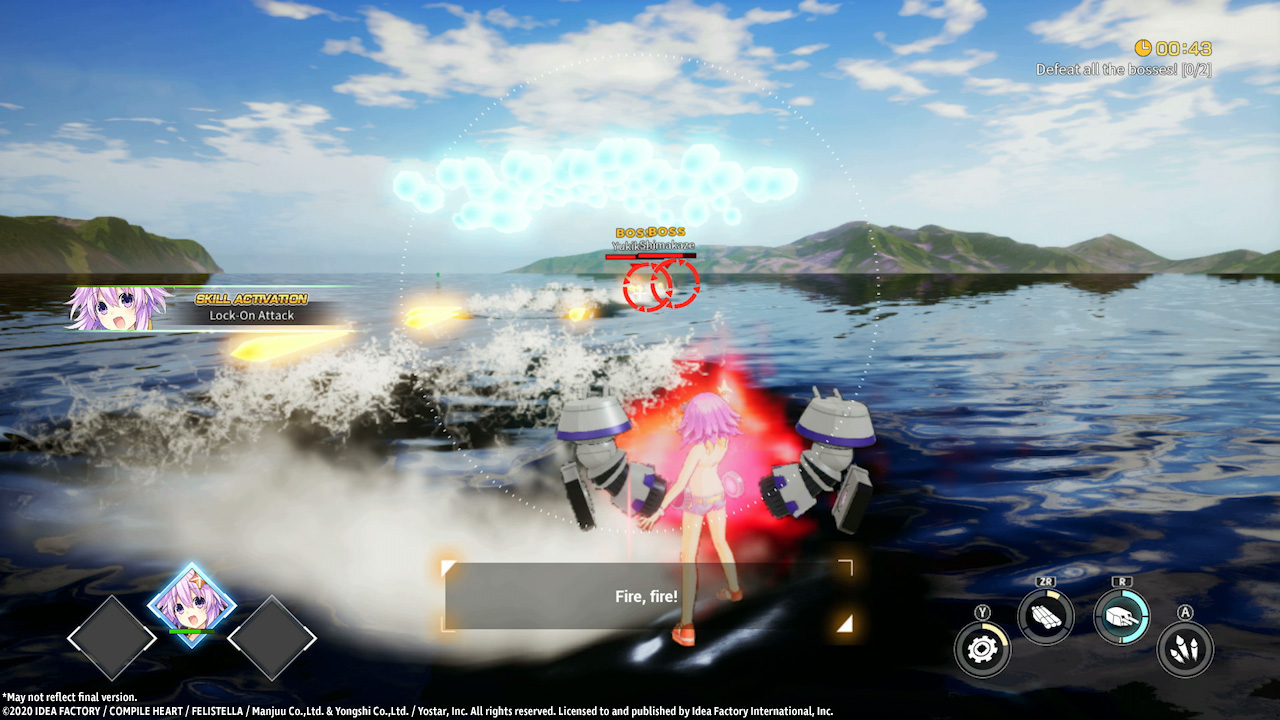 Neptune is the CPU of Planeptune, a nation in Gamindustri. She was summoned to this world for some reason. Her happy-go-lucky attitude and overall personality are set to full throttle as usual. She has visited many worlds and dimensions before, and this time, it looks like she’s teaming up with the girls of this world in order to offer them her full support. 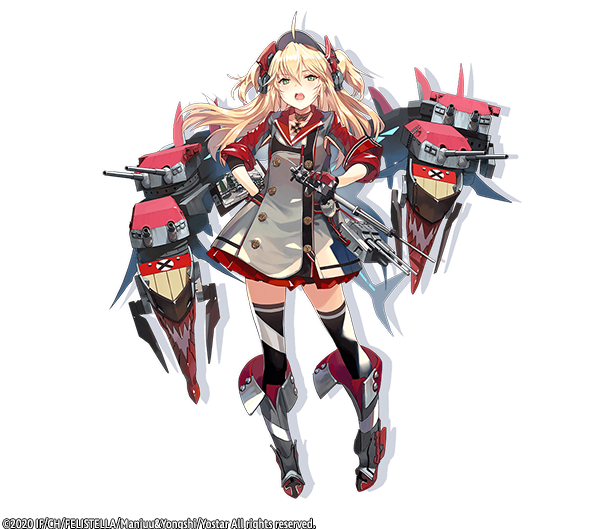 An elite of the Iron Blood, and older sister to Prinz Eugen. She’s similar, yet distinctly different from Prinz Eugen in that she acts irritated in front of those that interest her… a typical tsundere. Hipper doesn’t enjoy that Eugen knows this facet of her so well, but that doesn’t mean they don’t get along. Hipper was invited to the Joint Military Exercise as support. At first glance, it seems like she didn’t want to participate, but in truth, she’s excited to meet Eugen and the others.
U-81 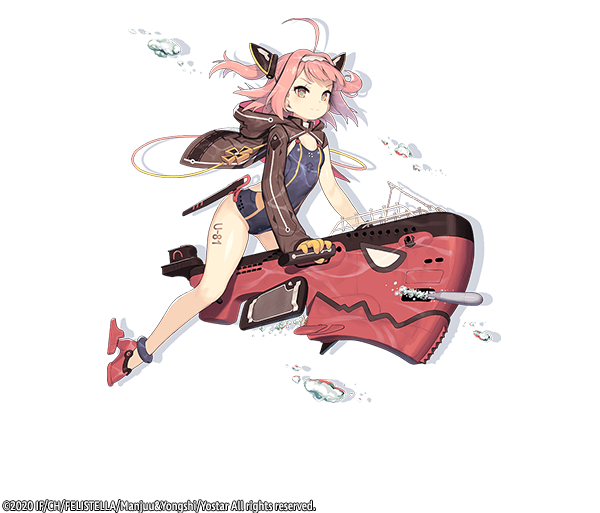 The Iron Blood’s energetic and rambunctious submarine. She loves to play tag and acts like a child, but her prowess in battle has brought her along to many missions. She joins the Joint Military Exercise with mixed feelings. On one hand, she’s worried she won’t be able to play like she usually does. On the other hand, she’s hoping that she’ll find friends who will join her in her game of tag. A certain someone has asked U-81 to buy something, but it looks like she forgot about it already.

About Azur Lane (mobile)
Azur Lane is a side-scrolling shooter created by Shanghai Manjuu and Xiamen Yongshi, originally released in China 2017 for iOS and Android platforms. The mobile game reached critical acclaim in China and Japan, hitting five million players within its first four months. The Shanghai-based publisher, Yostar, published the Japanese and English version of the mobile game, popularizing the game to more mobile users across the world. The game takes place in a world where personified battleships from around the globe engage in side-scrolling shooter gameplay.

About Azur Lane: Crosswave
In this high-octane 3D Action Shooter, historical battle ships come to 3D life with the help of the Unreal Engine! Control a fleet of cute, but devastating characters and bring any enemy to their knees! Newcomers and returning fans of Azur Lane can play in 4 game modes, including the 100+ battles of Extreme Battle Mode!

Will you be able to sail your fleet to victory, or will you sink into the ocean?

Key Features
Living in a 3D World – Azur Lane mobile, the beloved side-scrolling shooter, is now retrofitted for the Nintendo Switch™ as a cel-shaded, 3D action shooter with the help of Unreal Engine! Recruit over 50+ ship girls to help lead your fleet to victory. In the Nintendo Switch version, play through Story Mode through the lens of newcomers Shimakaze and Suruga, plus Taihou and Formidable!

Switch it Up with 4 Game Modes – Commanders can choose from 4 different game modes! Story Mode includes 7 chapters through the lenses of Shimakaze and Suruga, plus 2 additional story chapters with newcomers, Taihou and Formidable. In Extreme Battle Mode, choose from 100+ challenging fleets to battle for rare items and special materials. Capture new memories in Photo Mode! Just like the original release, players can change backgrounds, adjust facial expressions and poses! Now on the Nintendo Switch, choose up to 6 characters with freshly updated camera angles. Episode Mode includes 50+ sub-stories that deliver bonus character backgrounds!

Arm Your Armada – Before setting sail, beef up your characters by equipping them with rare items found after a successful battle or by crafting items at Akashi’s Laboratory. Here, Commanders can exchange blueprints to create new gear, convert materials into rare items, and earn rewards. Experiment with different fleet arrangements to gain special Fleet Effects that can provide in-game stat bonuses.

Ready, Aim, Fire – Control, aim, and fire at incoming battleships, aircraft carriers, and other enemies! Depending on the character’s subtype, players can dash to evade attacks or activate defensive shields, unleash torpedoes or aircrafts, and switch-on character-specific special attacks to defeat unruly enemies!