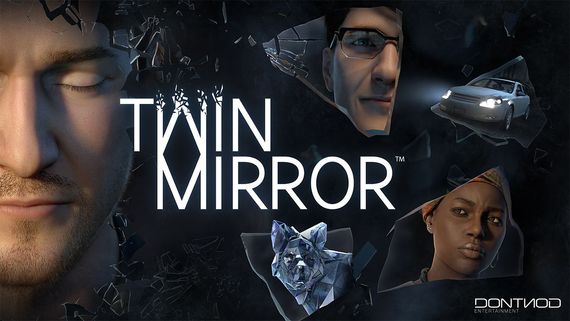 Interactive narratives have been taking off in popularity in recent years and, for good reason. No other medium gives storytellers the chance to involve the reader or viewer in the process in the same way as video games. Some may struggle to call these stories games in a traditional sense, but I see them as equal parts game and choose your own adventure story. One of the newest titles in this genre is Twin Mirror, the story of an investigative journalist who comes back home only to get wrapped up in a massive plot. Let’s throw on our detective uniforms and investigate this title to find out if the evidence points to a solid experience, or finding your expectations dead in the back room.

The story is told through the eyes and mind of Samuel Higgs, an investigative journalist who hails from the small town of Basswood. As the tale opens, Sam is returning to the town after being away for two years and cutting all contact with the townsfolk. The cause of the return is a sad one. His best friend passed away in a car accident. After a barroom brawl with an old acquaintance, Sam is sent on a spiraling path through the darkest depths of his thoughts as well as the town itself to solve a string of mysteries leading up to one shocking revelation. I don’t want to say too much more about the story here because it is one worth at least watching even if you don’t play the game yourself, but I strongly recommend everyone who enjoys a good psychological thriller go play this game as soon as possible. The story is just that good. I will mention that you may want to play through the game multiple times to see everything there is to see in this well-crafted story. 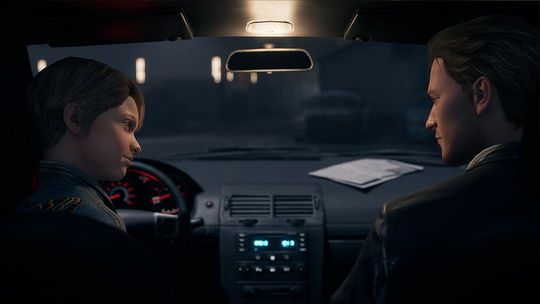 You will be offered many choices during narrative segments most, won’t have much effect at all, while others will dramatically change certain outcomes. The basis of the more intense decisions is a simple question that we all answer daily when dealing with others, facts, and logic versus people and feelings. There are no correct choices, though some lead to objectively better outcomes than others. This game will make you look at your own life and actions a bit as you go. Are you logical to the point where feelings don’t matter if they are incorrect, or do you put heart above fact regardless of what’s right? Those are the questions the story asks of you when making your many choices throughout the game.

Overall, gameplay takes the form of a walking simulator where you walk around various environments, looking at pretty much everything you can, finding clues, and talking to the various people in the town. Investigation segments have you first look for clues, then diving into Sam’s mind to piece everything together and run the simulation to determine what happened. The final type of gameplay comes from what I call nightmare segments. Sam has a few mental health issues to work through, most notably massive panic attacks. During these moments, you’ll find yourself being chased by inner demons, focusing on the truth while ghosts of the past torment you, or even mentally recognizing mistakes made in the past. These segments are just as vital to the story as any other and honestly carry a lot of weight. 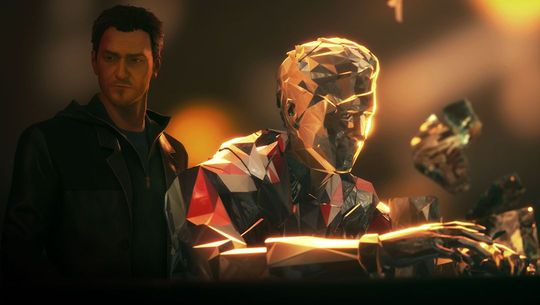 The environments are well crafted and look amazing from the fishing shack by the lake to the bar. Every element found in these locations adds to the overall narrative in some way. Many items can be examined to get more glimpses into past events, which shed more light on the current story at hand. The ambient sounds of each area also blend with the environments to set the tone of the current moment. There is little music to speak of throughout the journey, but the moments where it does appear are well done. Whether it’s the suspenseful track played during investigation segments or the calming tones of reliving happier memories, every song suits its purpose and nothing more.

The basic controls are quite simple with only a look and interact button while roaming around the world. During conversations, each of the options is linked to a button making selecting your choices very intuitive. During the mental portions of investigation segments, another button will pop up and replay the current theory and if correct the story will progress. The unfortunate thing here is that there are not any options to remap the controls in any way. You can tweak the sensitivity and disable vibration for controllers, but other than that, buttons are stuck at their defaults. The only key that must be held is the one that lets you sprint. The fortunate thing is that this button is not required in any way to complete the game. 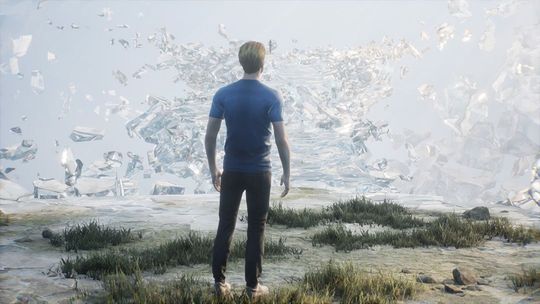 The only real accessibility features present here are subtitles and separated volume levels. The subtitles do have size options and, that is to have a background behind them, which is nice. The large subtitles should be the default as the normal size could be small on smaller screen sizes. The audio section of the options menu, separates sound effects, voice, music, and ambiance into their sliders, allowing you to fine-tune your listening experience as you work your way through the game.

The rest of the options are pretty much expected in most modern PC titles these days, though you can fine-tune the graphics a bit to increase the performance of the game on your PC. The game does support high resolutions above 1080p, up to 4k if your graphics card and monitor can handle it. On average settings, just about any pc should be able to run the game, so you don’t need to break the bank to enjoy this awesome story.

I’d love to wrap this review up with a blue ribbon right here, but unfortunately, there is more to say regarding the lack of certain accessibility options. I found some sections quite difficult, and the second nightmare segment was impossible for me to complete with my visual condition. The basis of this scene is that there are several shadowy figures slowly heading in your direction, and you must pick out the bright figure in the distance and focus on it by tapping a button while aiming at it. The problem here lies in the contrast that is between these figures and the background environment. The scene has a slow flashing effect between a darker shade and a lighter shade of green, meaning the shadows stand out better than the brightly lit figure in the distance.

Due to this issue, I needed to look at video walkthroughs to see if I could pick out a pattern of where to look to complete it. This was an unsuccessful tactic as the distant figure changes position over time, making it harder to lock in on. This also meant there was no clear pattern usable to complete the segment. Due to this factor, I ended up watching numerous videos and playthroughs from others to fully understand the story. This title was so close to perfect that it hurts. I find it frustrating not to be able to finish a game with such a worthy story due to contrast issues.

I wanted to give this a higher score, but the lack of notable accessibility options and the section that was simply impossible for me to complete on my own dragged this score down a bit. This is a game for those who enjoy a good story or investigation, though if you love the action, you may wish to look elsewhere.