You dare to call it revenge? I call it justice. I will stop at nothing to save her and that duke of Wessex will pay with his life. His power-hungry plans will be his downfall by my hands. Merlin said he has been tempering with unspeakable dark magics and creating chaos throughout all the lands of Britannia. I have no choice but to continue on this journey to the end. It’s a sacrifice worthy to save what was taken from me.

Sword Legacy: Omen is a turn-based strategy RPG with a story around the mythical age of Britannia. Where magic, legends, and fantasy are vast in the lands. It has an interesting take on a lesser-known story around pre-King Arthur and added some writer magic to tell a unique story that fits the gameplay. 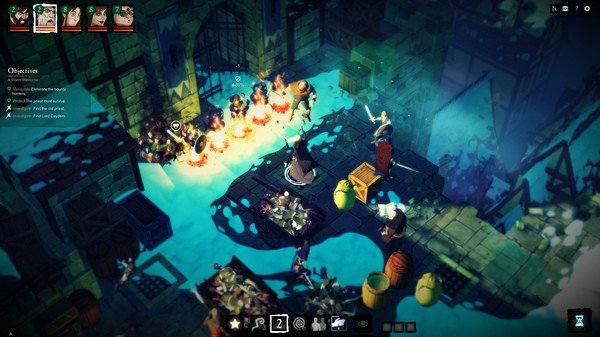 If you have any experience in playing turn-based RPGs, you’ll understand how the game plays pretty well. Starting out, you gather some companions and items, then set off on your adventure. Even for those who are new to the genre, it doesn’t have any complex mechanics that might impede the pace of the game. Not to say there isn’t some thought in how you should choose your characters and plan out attacks, but it isn’t going to be something you have to think hard about and get frustrated for not creating a good plan of attack. As you continue across Britannia, you’ll acquire gear, loot, and more companions along the way. You have a limited amount of backpack space and companion space so you have to choose wisely on what to keep and who you want to fight. With that being said, you have a shared party point system where you can only upgrade skills and abilities for companions. Here you also make sure you put some thought into who you want to become more powerful because there is no way to take the points back. The stats for the gear are also nothing too complex when applying things to certain companions, everything is pretty simple and easy to get the hang of.

Since stats don’t hold much more than minimal bases, the turns are usually the player first then the enemy. Depending on who you chose to fight with, actions can be taken for defensive or offensive measures. One very prominent thing that you’ll notice quickly, is that the AI doesn’t really have a complex fighting routine. They try to kill the weakest and move on to the next, which makes it kind of easy to plan around. But the people you meet along the way do make it interesting and how they set up the classes for each character is what you’d expect for stereotypical views on fantasy. The dwarf who’s good at fighting and engineering, the tall barbarian from the north with an ax and a fighting spirit, or the skinny thief cloaked in dark colors coming from the streets. Traversing the map is mostly linear with a few hints of treasure or lore spread around the areas, but it’s not into rewarding those who explore. There’s also not too much strategy while roaming around these maps when attempting to fight enemies, as no matter where you go, you will aggro anything that you happen to pass sneakily. Leaving stealth and tactical positioning out of the question. 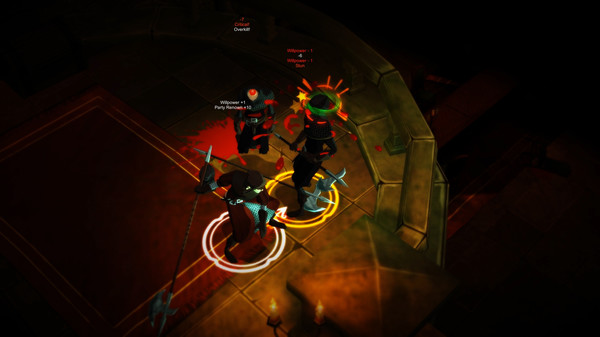 The art style while in the game is a minimalist polygonal style while having a more detailed dialog cut scenes that still convey the style to connect the two. Though the animations and effects are also on the limited end, it still looks good together whether that was intentional or not. Something that feels amiss is the lack of voice acting or variety in music to keep the mood and interest when you have an RPG that doesn’t have any more in-depth details with the character or its places. Just a little bit more could go a long way when you start to get invested in the game.

One thing that can be really impressive is taking a story that not many know and bringing it to light in the form of a game, with some more awe. The story takes place around Uther and his band of thrown together ruffians. Uther was the father of the well known King Arthur who already been on travels with the magical Merlin. The story written up for the game tells how this man fought evil, made great sacrifices, and even some blind vengeance. It was enjoyable to learn about the father and have the developers create a story of what could have happened in this fantasy world that spins the next tale of how King Arthur and Excalibur came to be. Though they did leave out some of the more radical details of how Uther’s child was even conceived. 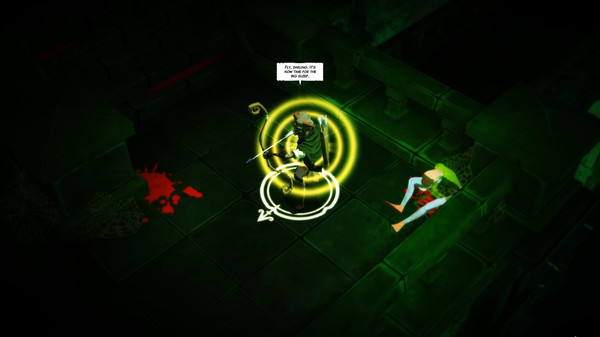 It was enjoyable for an indie take on an old story with a nice simple turn-based RPG. Sure there were little things here and there that could have helped it feel better to play but isn’t something that was needed. Though some bigger problems were appearing that severely hurt the game. Major soft-lock bugs were rampant throughout certain levels. When playing through these levels, you fight, collect loot, and usually use a save spot as you cannot save manually through a menu. Some of these save areas on various levels bug out, either making loading impossible if you happen to die or something goes wrong where you cannot proceed through the level. You then have to replay from the beginning which is time-consuming since battles can last for a decent amount of time. Not only that, losing potential good items from drops or chests. This is a well-known bug that plagues the game currently which made the playtime last way longer than it should of and happens way too frequently.

It’s a shorter game experience and was decent to play through, but for something that has been released for a while and has a bug that halts gameplay that has been around a year seems unlikely they will fix anything currently in the game since it doesn’t totally make it unplayable. You can pick up Sword Legacy: Omen on Steam for $17.99 but I highly recommend getting it on sale.