Darksburg is a fast-paced action game with single-player, co-op, and versus modes. Darksburg is developed and published by Shiro Games, who also made Evoland, Evoland two, and Northgard. I had adored Northgard and loved both Evoland games, so this game was a surprise, to say the least. The vision is there that their other games have, and the gameplay is solid. However, because it is early access, there is not a lot of variety in the gameplay itself. I feel this is what will hold the game back unless more maps or perhaps random modifiers to said maps are worked into to the game. Maybe also some gear like other games such as Vermintide and Diablo-style games.

As I said, though, the core gameplay is solid even though it’s early access and the game plays and looks like Vermintide and L4D were an ARPG style MOBA game. The colors and details of the world are outstanding and what you would expect from Shiro Games. In the single-player and co-op modes, the players take on the roles of one of the four survivors who each have their unique toolkit. You have Varg, who is a werewolf who plays like a bruiser. Rose (and Twig) who is a human hunter and the only ranged survivor. Then you have Abigail, a human Nun who carries a big stick and will use it. Finally, there is Runolf, a dwarven cook who functions as the game’s healer. 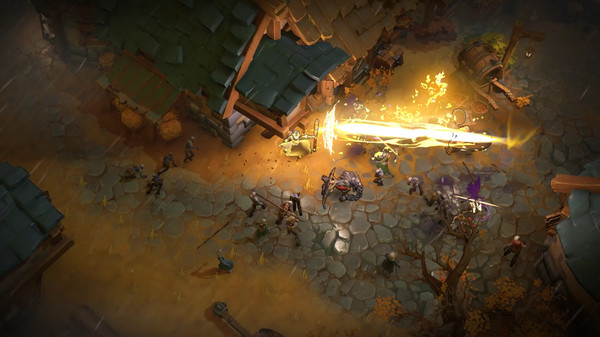 What are heroes without their villains? So in verses mode, you can play as the unique enemies called Revenants, much like the special zombies in L4D series in their versus mode. You have the Brute, the Raven Master who I loathe with a burning passion, the Executioner who functions much like the smoker from L4D, the Burning Witch, and the Fishmonger. Unfortunately, I couldn’t get enough people together to play the versus mode, so all my experience is in the single-player mode for the most part. Sadly, the game doesn’t have a dedicated player base at any given time. You can arrange with other players on the game’s discord, but that’s all for now.

There is a progression system that is specific to each survivor. The more you play each character, you earn points that go towards levels. So at levels five, ten, and twenty, you unlock your three perk slots. You also unlock your first two perks at level five and the others at various levels. All of this and more can be found under the profile section on the main menu. They keep track of a lot of stats for each of the characters and just in general, which I do like. For instance, it keeps track of how long you played each character, your win percentage, and even your time in each of the modes.
As far as graphics go, let us begin with the graphic models of the survivors. I will use Rose as an example here. Just from the profile, you can see all the incredible details that put into the little animations you won’t notice during gameplay. As she moves her should armor moves with her body, in a way you would hope. Even Twigs adorable little nose twitches as he is looking around on her shoulder. Plus, the outfits for each of the characters work for the setting. 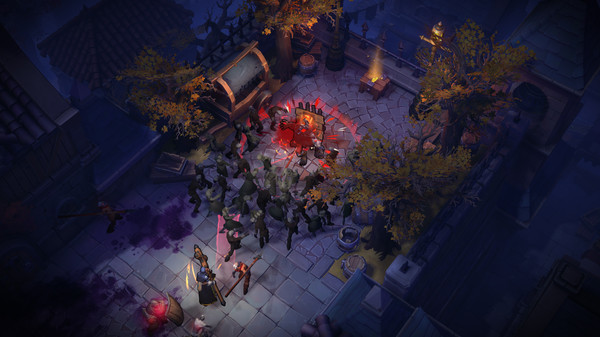 Speaking of the setting, they do an excellent job of bringing the world they envisioned for this to like through the characters and world details through the levels. Take the Harbor map, for instance. As you are prowling though it trying to escape, you get the full feeling of being at a port. It comes across more like a river port than any other body of water, but still. The point is you get the whole gothic medieval area feel from the environment. I particularly liked the stalls they had randomly strewn about with nets hanging off them. Just little things like that goes a long way with me when it comes to games like this. As the saying goes, the devil is in the details.

As it stands with the current content in the game, I can recommend it to anyone that loves these types of games. Yes, there is an issue with a player base at the moment, but the game is in Early Access. They will be upping the price once they finish working on the game when it leaves Early Access. It’s even better if you can get some friends who will buy it and play with you. Although that may not be as likely, you do have the option of making friends in the discord for the game and playing together with them as well. So go check out the steam page guys and hopefully grab the game because I think this will be as big as the Vermintide games.