Totally Reliable Delivery Service is a multiplayer physics sandbox game in which you must deliver packages from start to finish. Jobs can range from simple driving to using helicopters, boats, trucks, and more to completing the deliveries. Totally Reliable Delivery Service uses a fun and simple setup with physics-based gameplay to bring something silly and enjoyable to play with you and friends. The game is made by We’re Five Games that has a couple of games under their belt but this one shows great promise for the future of the developers. 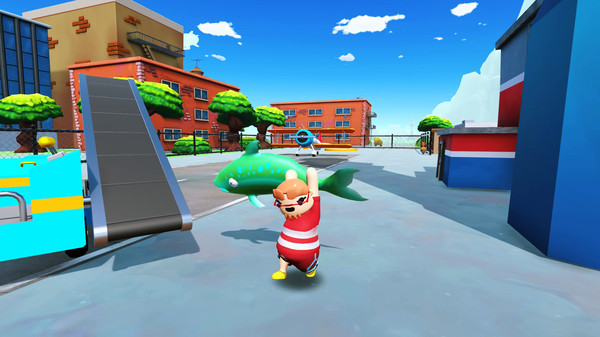 The delivery game takes a simple concept and using physics to bring about the silliness and challenging parts of the game. You have different inputs to control grabbing and lifting each arm and depending on where you grab it can mean the difference and ease of carrying/dragging it. Nothing can secure yourself or the packages in your vehicles so placement is vital or expect nothing to work right. Working right is a barely useable term as most of what you try to do is to make do. To operate vehicles you have to hold onto the joysticks in the seats and use the movement controls and sometimes mouse movement control. Some may find it more difficult on the keyboard than with a controller. I would also heavily recommend the toggle grabbing option as holding the grab can be tiresome and worst more when driving. Don’t get me wrong, I love how vehicles don’t work perfectly as it adds to the fun and challenge. Even the simplest delivery driving down the road was laughing with friends and challenging to get gold rank on. Though can be annoying if you grab allies or the wrong objects. Deliveries are two different types. One type of delivery is the package is fragile and you must carefully take it to the goal without knocking it around. This can be the easiest as you can take your time as even dragging it or moving it around can damage it. The other type is a time base in which you will be tested in an almost speedrun fashion to get the gold. Getting gold is more so completionist and getting more money out of the mission to buy more clothes for yourself and customize your unlocked vehicles. 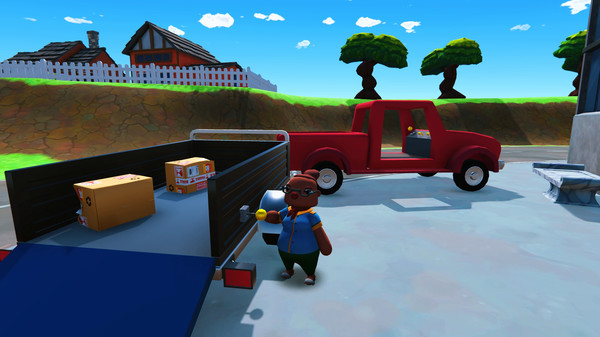 The missions will always spawn in a vehicle needed and it is always possible to get gold with what is provided. The missions can be soloed but I didn’t find them as effective or fun to do. Flaws in the gameplay can be seen as the difficulty but there are some bugs in the game I ran into and witnessing some of them can’t help but make you think some others were happening. The most annoying bug was on delivering the package you can be stuck in the delivery box to the point you can not get out and have to respawn. There can be large jumps in the difficulty as each delivery isn’t ever “normal” in some way but even with the different islands with challenges, there isn’t a linear flow to completing them. Most of the time my friends and I were just playing around in the world filled with silly objects, vehicles, and distractions. Music and sounds are simple but suitable. It pairs well with the art style to make a happy and silly world. 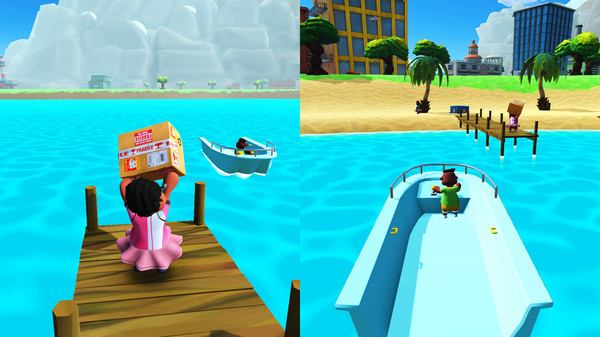 Overall it is a fun nice game but I wouldn’t call this a long game. I could see the charm and fun of this party game lasting for a weekend at the least with friends, and a nice concept of a game. I did enjoy how smooth the game ran even during online play. I love how the packages are heavy-like and cumbersome than something light that can be flailed around. The bugs and odd controls can be a let down as I felt most of the difficulty is the controls then the game outside some luck on a few cases. I felt the physics are nice but easier controls or handling could make the game more enjoyable at the same difficulty. It is a nice party game with friends and I was happy to have a full group of three other friends to enjoy the game with but after a couple of days, I felt we did everything we wanted to do in the game. You can play the game solo and it isn’t bad if you just want to do the deliveries but the world really shines as you have people to goof off on the game. The servers worked well and I didn’t have any issue finding random people to play with either. If your thinking of getting it, it may be worth the try but I wouldn’t want to get it myself if I didn’t have my friends to play this with. I do wish completing the deliveries did more for the world or unlocked more areas to give some motivation to be somewhere.

FoxieEXE gives Totally Reliable Delivery Service a Drastik Measure of 6.2 out of 10.0 (62)