Hello there inmate 43772, you’ve been given a chance to reduce your sentence! Our recent inmate was out doing an errand for us but was met with an unfortunate fate. Please make use of whatever facilities and items they may have picked up on their journey, don’t mind the blood, you can just wash that off. We need you to continue this errand where the previous inmate has perished. Note that any illegal activities done on this errand will add to your total sentence time, which unfortunately you will be doing a lot of. Thank you for your time!

Void bastards is a mixture of a rogue-lite, shooter, and strategy. It takes place in space and on spaceships where you have to fight weird creature folk and figure out how to traverse the ship’s hazards. It has various items, weapons, and equipment to choose from depending on how you choose to play. 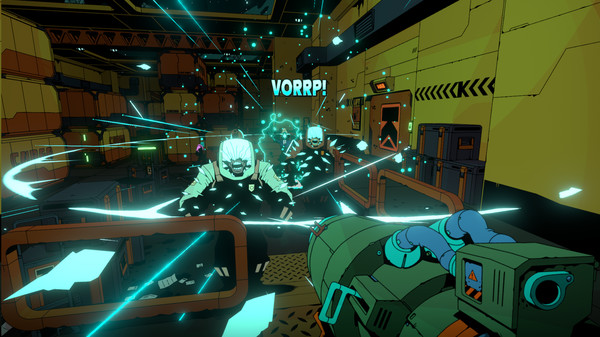 Upon entering your first mission, you are given a random inmate that can have positive or negative traits. Some are comical like being extremely short, other ones might be coughing randomly because your character is a long time smoker, which makes it hard to sneak around. There are a few weapons to choose from that you can take onto ships to defend yourself with, while also having equipment to help you in various ways. Such as distractions or other ways to get enemies out of your way. Each ship also have a variety to pick from, some may have more food than others, maybe more ammo or just more enemies in general. They can have contrasting components that will be available to you if you can get to them, such as a healing station or maybe a gene switcher. Sometimes you need to choose one that fits your needs on your venture on your way to your main mission. Collecting random items yield you materials you need to create weapons and gear. Besides those, there are passive items that can be made to help you take on more difficult paths, as you progress farther into the void, the harder it gets. Death doesn’t set you back unless you choose to. Each time your character dies you get another inmate to take their spot. They can receive different traits but you lose all collected ammo, fuel, and food you might have stocked yourself with. Though you do get a care package of ammo, fuel, and food to get to another ship so you can continue. This kind of takes away from the replayability.

As you enter ships, you can take a stealthy route or go guns ablaze. Each time you board, there will be a multitude of enemies that may require you to choose different weapons and equipment to take them on if interacted with. There’s no way to completely clear a ship because there will be spawners strung about randomly, but you can take care of the security permanently. Even though there is a type of stealth in the game, it feels very underwhelming and doesn’t sit right with how the game lays everything out for you. But there are some traps that you can use to your advantage or even trying to speedrun to the item you need can be useful instead of trying to take everything out by hand. There isn’t a level system, so you won’t miss out on anything besides extra materials that you might want. It will become harder to do as enemies get stronger, resistances, and hazards become more frequent but you still have the option to reset and build up to things that you know will happen later on instead of choosing things you thought sounded good at first. It doesn’t stop at that, there will also be pirates trying to take you down or even aliens that destroy paths you were thinking of taking. Even then you have options to combat that like finding torpedoes or warp keys to get to your destination in one go. 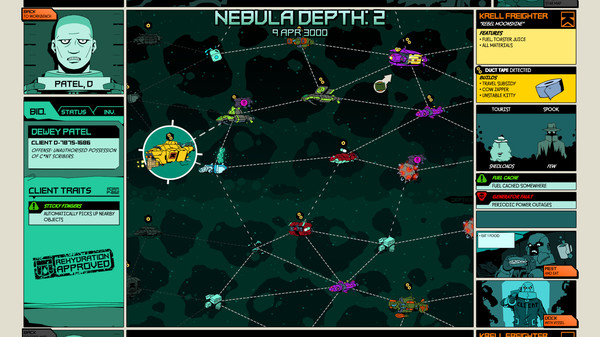 One thing that might catch someone’s eye is its visual style. Thick black outlines with bold colors and comic book texts that pop up when you shoot or explode something is very pleasing. It also has a mixture of 2D style effects and enemies that coexists well within the space you traverse. Though animations are pretty minimum, it makes sense with the style they went with. The soundtrack was done pretty well, you’re in space and fighting mutants, so a lot of the music is a nice eerie and ominous tone with the occasional in combat music that pops up with a techno hinge to it.

Being a criminal that is either given an opportunity or forced to fix a broken ship for a greedy company sounds like a great start to a story, but then there’s nothing built upon that. There’s no real connection to the character you’re playing or anything that drives the story besides being forced by the people to do something because they said so. This is completely fine in most rogue-lites or rogue-likes, unfortunately, it becomes a problem when a game also chooses to take out the replayability, so there is no reward at the end or satisfaction that comes from beating something that might have not been too hard in the first place. 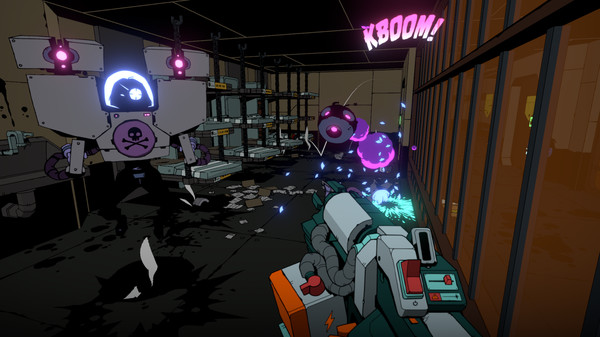 Overall it was enjoyable almost to the endpoint. It wasn’t complex to the point of needing to remember what things do or figuring out a future planned path for the best optimization. It wasn’t clunky or imbalanced either. You can just go as you please and it can turn out pretty well. But it can get kind of lackluster as the tools, weapons and situations get repetitive fast. Especially as noted earlier, since there is no real story for a drive, the procedurally generated paths start to meld together into the same thing and gameplay gets stale, one might start to wander away from completing it, which it does have an end. With that said, it does have a goofy nature to it, with the in-game dialog and actual way it perceives itself which did get a few chuckles. Even though nothing explains what happened to the poor citizen mutants or why every ship is infested. A lot of the randomness or the encounters you need to do feels like it’s just there to elongate the playtime, rather than let someone show their resourcefulness through the game mechanics you’re given. You’re just there to get parts or die trying.

Can get repetitive fast
No direction
Inflated gameplay loop

In my opinion, if you go for a rogue-lite or rogue-like, there should be some kind of randomization to what you can do or what is given to you and from that, you try and make the best out of what you got and if you die, you lose what you had. While also unlocking something or getting something for making it to a certain point where that can be used or acquired later on through the replay of said game. If that is taken out along with no story and super simplistic gameplay, it’s just a shell. If you’re interested in trying out Void Bastards yourself, you can pick it up on Steam for $29.99, but I’d recommend it on sale for at least half off.