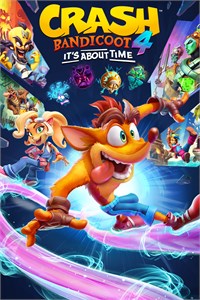 For everyone that loves platformers back in the late ’90s, there are only two characters that come to mind until Playstation launched their first console and needed their own mascot. Although there wasn’t a clear who that was for Sony there were only a few that stood out, and it was a little bandicoot named Crash. Unfortunately, after Naughty Dog passed the IP to other developers, the series as a whole has changed into other types of genres from a Kart racing game and a platformer/RPG. Even the games that were platforming based, they provided a spin on it adding mechanics, more moves that your character can do, and modifying the basic spin attack. Then released Oct. 2020 developer Toys for Bob with Activision publishing the game, released Crash Bandicoot 4: It’s About time, a call back to when the controls were simple to learn but hard to master. Before the fourth game came out, Activision released the N-Sane trilogy I am not sure if they did release this to see if fans like to return to the old control style of the PS1 games but with its success, I can only assume that it was the reason why Crash Bandicoot 4 used the old mechanics it once had along with its own unique mechanics added within the game.

Even though this game is technically the eighth game within the series, this game takes place after Crash Bandicoot: Warped, that is the third game in the timeline where Uka Uka, N. Trophy, and Dr. Neo Cortex are thrown into a timeless prison that seems to be in another dimension. As we all know, you can only keep a villain down for so long eventually, Uka Uka makes a last-ditch effort to rip open a portal through the multiverse and succeeds, albeit exhausting Uka Uka to the point it causes him to pass out. At the start of the game, you can interact with some random items that can do some fun things around your relaxation spot on the beach, and you can see a cameo appearance as well! 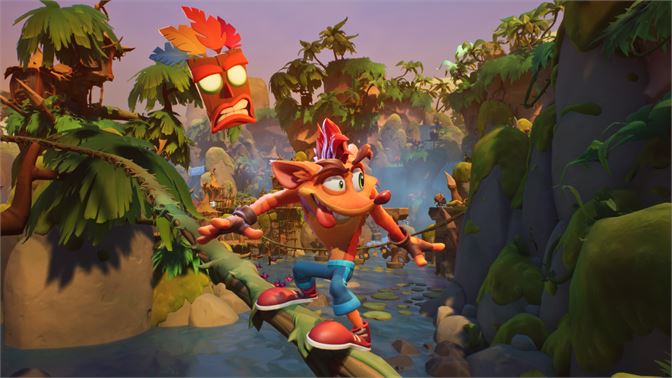 The controls are easy enough to figure out as they take from the first three games of running, jumping, and the classic spinning attack that Crash does best. Though once players get used to the game they can find other mechanics from the original, such as the body slam while in mid-air and the slide jump that helps with bigger gaps. Although we love the classic mechanics of the first games, this title brings its own mechanics that, were made for this game. The beginning plot for the game is Crash has to find all four quantum masks that control space and time. The first one that you meet and will use for puzzles and jumping in and out of existence (Space mask). The second one will be used, for jumping wide gaps and ricochet anything with green energy, although TNT will explode on contact while you are in a constant spin (Power mask). The third one controls time and will slow down everything around you for a brief moment, in which you will have to be accurate to use moving platforms to cross the level and to use nitro to cross spaces as well (Time mask). And the final mask that you will obtain will reverse gravity on command so you can get around obstacles that are on the ground, but the ceiling will be safe. The player will see these masks around each level when the ability is needed to continue the level and is not a constant power that Crash can use all the time.

Speaking of old mechanics coming back within each level thus I concluded how this title came up with its name of this game, Crash will have to find five gems per-level in which you will have to find 30%, 50%, and 80% of all wumpa fruit, only die three times or less, and find the hidden gem within the level. Not only there are gems, but there are also relics that are obtained by time attack game where the player will race a ghost version of Crash. The only sad part of this is if the player dies when doing a time attack, the player will have to start the whole level again. But no worries, gems are the collectibles that matter more because if you can get five of them, you can unlock a skin for your character to have fun with! Speaking of skins, the player can choose to play either Crash or his technological sister Coco in any level. The animations for all of the characters that the player uses are smooth and keeps to the style of the first three games from the PS1 era. You can see it highlighted by all of the animations when the player dies from as some of the animations take from the first three games in the series. Although Crash and Coco are the main characters of this title, there will be stages that you will have to play as a few others within the series as well. During these levels, you will start with the other character for the first half of the stage and then play as one of the main characters in the second half, essentially explaining why certain events happened when you were playing the level the first time. 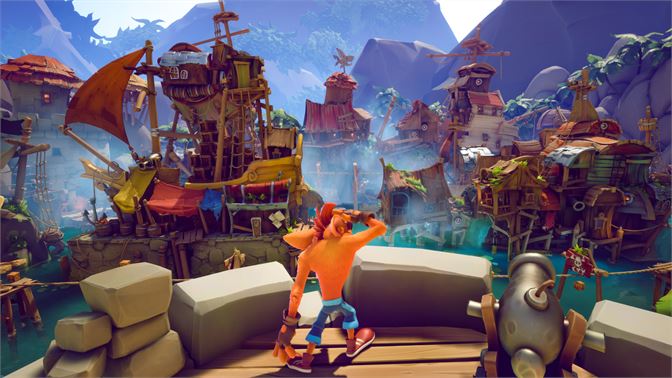 Even though you can only get five gems with each level to get the skin you really like for either Crash or Coco, there are no worries after a certain point in the game, the player will unlock a reverse mode, that is a mirrored version of the level that had been played beforehand with their own individual gems as well totaling ten gems so you can collect every skin without worrying too much. And that is not all to collect, there are also VHS tapes that the player can find as well, unlocking what seems to be flashbacks in which Neo Cortex training Crash on platforming, although these levels are very puzzle heavy in its platforming. With all of these extra levels and situations, it can really challenge the player that goes for the 100% completion. Even though the last part of the game can get so frustrating (the last level I died 100+ times so, you can imagine the difficulty, and I am no stranger to platformers), the bosses themselves can be simple to fight with the basic mechanics of the first three games of dodge these and smack that to hit the boss.

Though I do have to applaud the developers with its gameplay staying true to the old style of how Crash was played, I do have to warn those that have played the old ones too with its difficulty that it is a true Crash game with its punishing difficulty and it shows with the placements of TNT and nitro’s that are placed as a difficult obstacle, rather than just a nuisance. As I made it into the middle of the game, I came to realize that if I died enough times that I started with Aku Aku, giving me a shield from the checkpoint. Even more so later levels when I received gold Aku Aku as I kept on dying time after time from the pitfalls, so Aku Aku was not of any use at all. Even more so, the developers made another failsafe if the player has died a certain number of times that one of the random boxes that would contain some wumpa fruit would change into a checkpoint so that the player can try to pass the specific chokepoint rather than a whole section that part of it has been mastered already. In this regard, I knew that the developers knew the frustrations players would go through when playing the game. 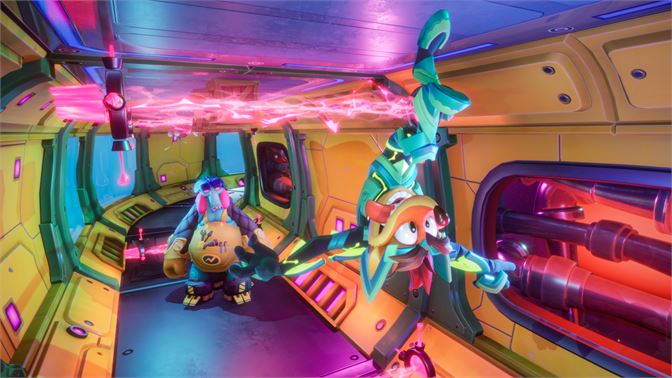