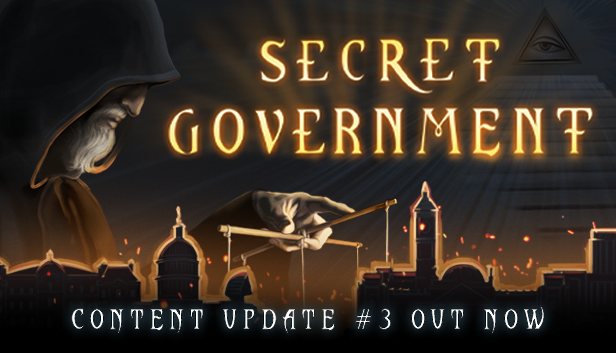 After the introduction of the American continent to the Free-play mode with the previous update, the struggle of the thirteen colonies for independence from the British rule starts with the addition of the “New World” story mode. Will the American people get to manifest their destiny, or will the British stomp out their revolution this time? The fate of the world is in your hands once again!

Furthermore, the Government mechanics are now complete giving even more options to the Brotherhood to control and influence each country. You can convert party leaders to your Brotherhood and bring a party to power, open key positions in the government to be taken up by Brotherhood members, or have a government member provide cover for Brotherhood actions and draw less attention within a country.

A list of all key features that this update brings to Secret Government can be found below. Additionally, following the community’s feedback, the developers have decided to prolong the Early Access period until March 15th, 2021 to further polish the game and expand the gameplay with the addition of two more content updates! The new detailed roadmap is available to all players who want to see what’s planned until the end of the Early Access period.

Secret Government is currently available in Early Access on Steam and GOG for $19.99 / €19.99 with a full launch planned for March 2021. For more information, be sure to check out the game on Steam and Twitter, or follow 1C Entertainment on Facebook and/or Twitter. 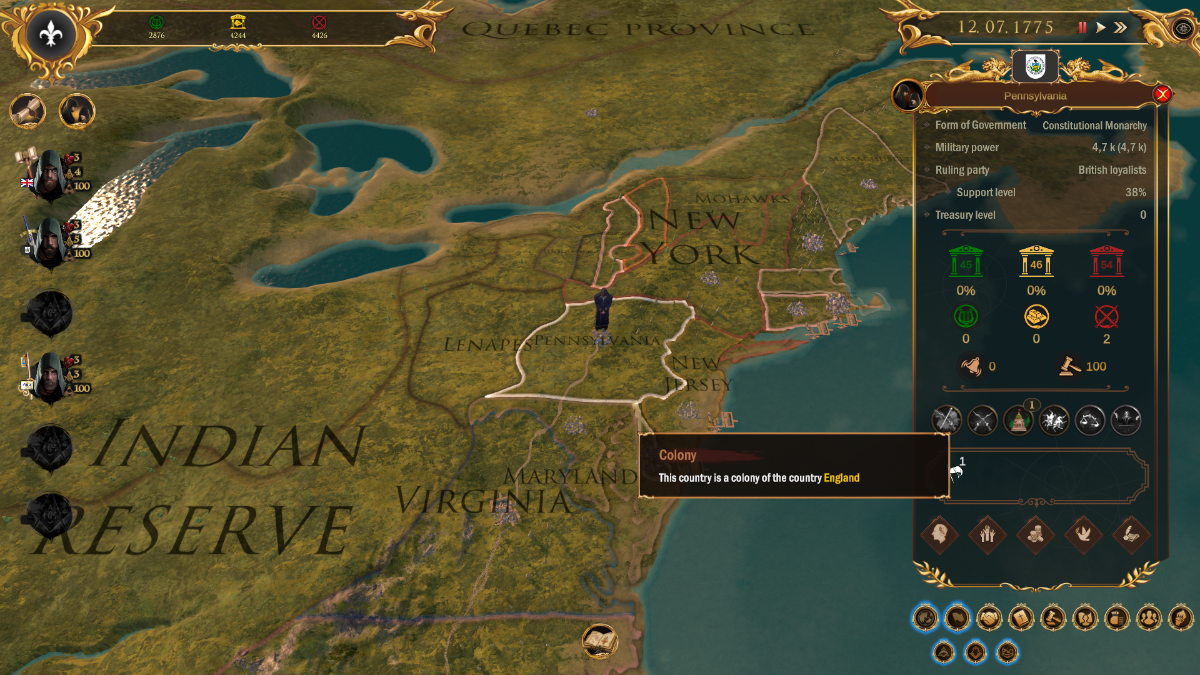 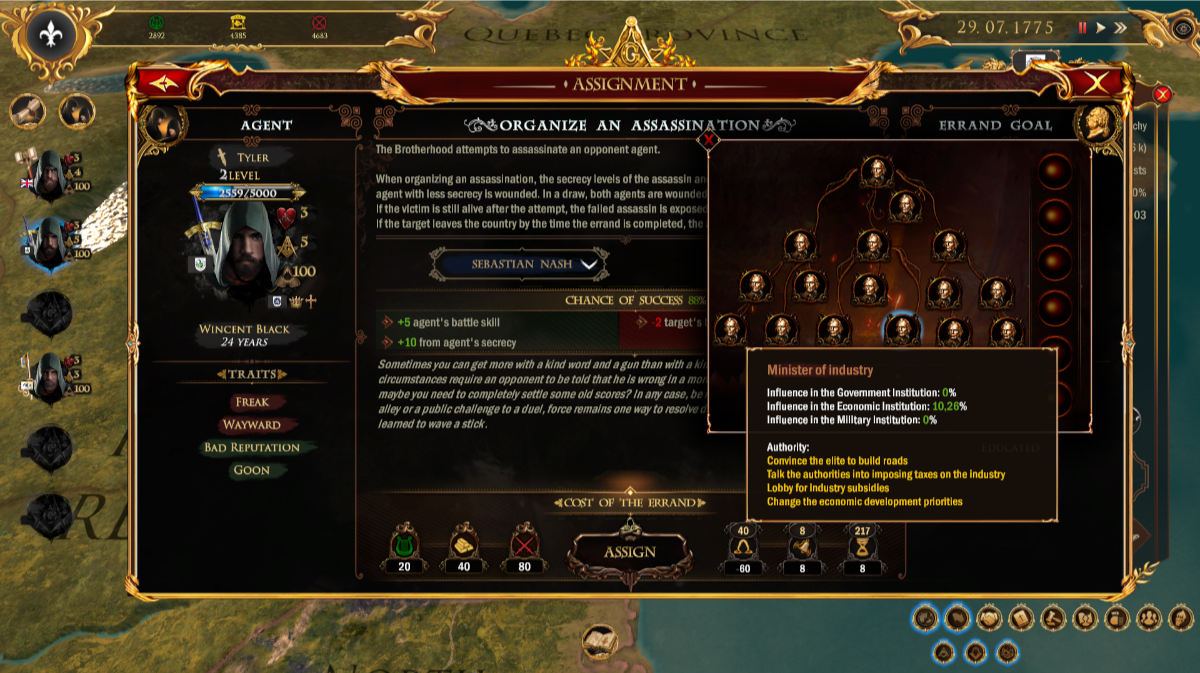 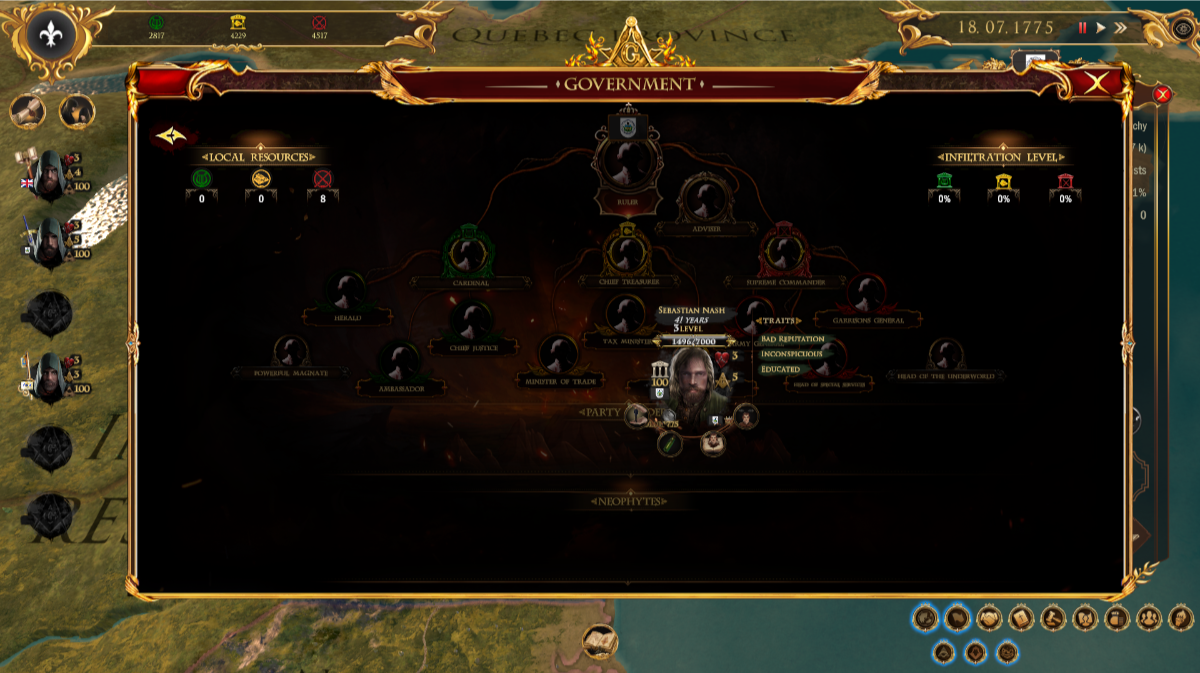 About Secret Government
Taking place from the 17th century to the present day, Secret Government tasks you with leading a secret organization as you spread your influence across the globe, rewriting key historical events and deciding the fate of humankind. Manage your resources as you manipulate the actions of the world’s leaders. From strategically planting your agents in vulnerable regions, to infiltrating powerful institutions of authority, anyone can be your pawn as you exploit their resources and seize control over key decision-makers.Game information:
Platforms:     PC (Windows, Mac, Linux)
Publisher:     1C Entertainment
Developer:    GameTrek
Price:            $19.99 USD / €19.99 EUR 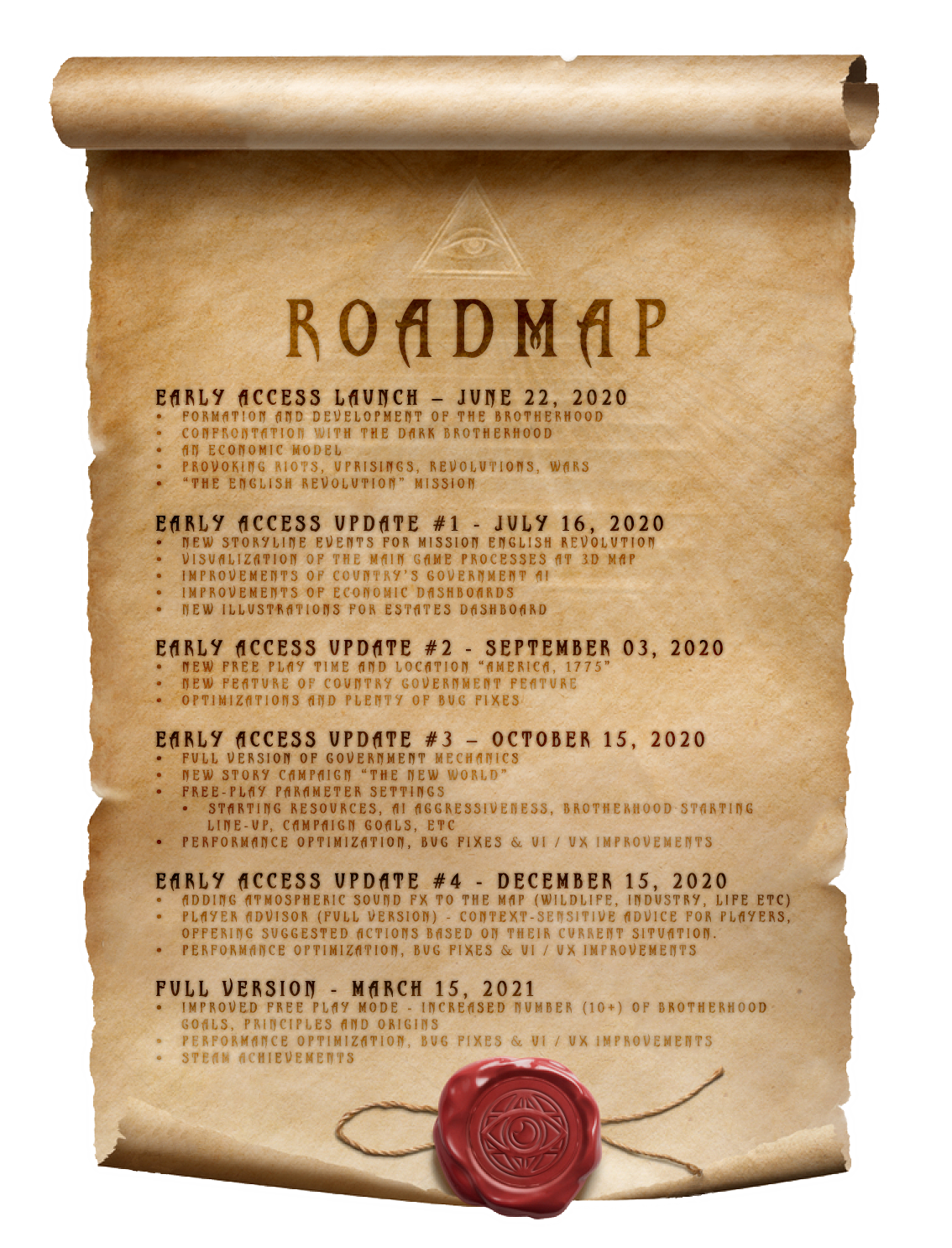 About 1C Entertainment:
1C Entertainment is an international group with offices located in Warsaw, Gdansk, Prague, Budapest and Moscow and operating in the segments of game production, distribution and services for video game developers. The company releases video games for all platforms through its global network of partners digitally and in retail.

About GameTrek:
GameTrek is a new game studio from Moscow. Since being established in 2013, the studio has been developing business games, gamification and business simulators for Russian enterprise companies. Two years ago, the studio launched its games development effort. Besides Secret Government, the studio has also released a VR game called DJ Whip VR.