Are you ready to fight through various enemies and levels to get to the end? Do you think you can handle plants that shoot energy beams, giant knights, or even a Japanese idol? Don’t worry though, you’ll be rewarded for each area you complete, but sometimes you have to die to receive more for your next run. You can’t stop till the very end anyway.

Sentimental K is an isometric hack n’ slash rogue-like. Its style is like a 3D Japanese anime that’s more focused on action. It follows the most known traditional rogue-like elements such as stage progression, item randomization, and permanent death. There are a lot of things that have synergy but it isn’t limited in any way when choosing between items. 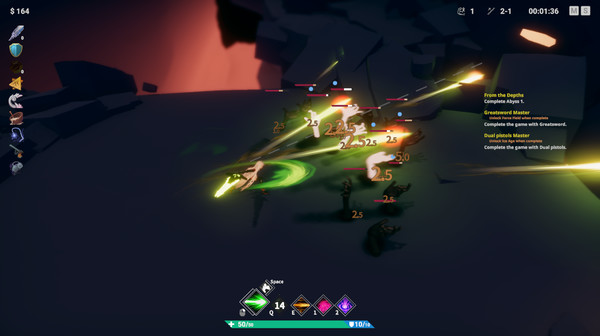 One thing that stands out in this rogue-like, is that it’s more fast-paced with continuous combos and constant dodge mechanics that make it feel more interactive. There are very similar aspects to many different rogue-likes that affect the game in the same way but, are built around this action-packed version. Starting off, you have a few weapons to choose from that will determine your combo style but not the abilities or passives. There is currently a sword for speed, a greatsword for slow but strong attacks, a whip for long melee range plus status effects, dual guns for ranged, and a gun spear for crowd control. While most of the abilities do correlate to the various weapons, you do not need the weapon to use the ability. Though some abilities will feel off or slow down combos that can be done if you choose not to use the weapon that goes along with the ability. These abilities can be acquired by completing each stage or the shop. Each ability also has a rarity which doesn’t necessarily mean it’s better in damage but usually because of what it can do. When you complete each stage, you have free choice to take whatever it gives you, whether it be a skill, passive, weapon, or gold. Usually, the only reason not to take something is if it’s an ability you don’t want, everything else seems to help you venture forth. Unless it’s a mystery room that forces you to sometimes take a negative effect if you choose that path. If you complete tasks before dying or finishing all the levels, you unlock more abilities or passives for the next run which can be useful later on down the line.

Besides choosing things that slow down your combos, everything runs smoothly during combat. It’s not super mechanically hard but, timing dodges is probably the highest learning curve in this game. There are bosses at the end of each level which all have their own difficulty and also depends on which boss you encounter per level. As you progress, you may encounter a boss you faced earlier in the last run on a different level which may cause them to be harder than before. The only thing that sticks out while playing, is the difficulty of the regular enemies and the damage you do as a character. Sure some abilities can do a large amount of damage, but there can be a negative effect for using it such as being stunned after use but the overall balance between enemies and the damage you can do seems off. It feels great taking on a horde of weird monsters but not when it feels like you’re just hitting them with crumpled paper. While you do have a variety of choices and can upgrade your main weapon a little bit, the damage seems to stay the same which kind of shows there isn’t a scaling system. Sometimes you can acquire everything you wanted early on, which makes the later levels bland. Especially since there’s variation but isn’t focused on builds that make them effective to use. There isn’t a feeling of getting stronger as you make your way through the levels. 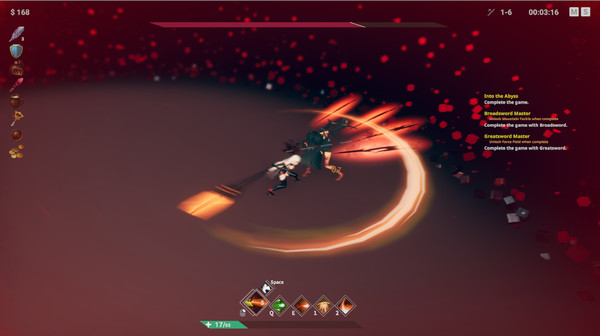 Most of the stages have a dim light tone to it which allows for the flashy neon weapons and abilities shine through. There isn’t much detail to the maps compared to everything else but it’s most likely because the style is a type of minimalism. That doesn’t apply to the enemies though. Not entirely sure the reasoning between the enemy types but it’s just as random as the items you acquire. Anywhere from crows, hands that follow you around, teddy bears floating in presents, or lamps that have wings are some of the things you can encounter. Unfortunately, the soundtrack is almost non-existent currently. It could use some hype music for fast and constant action.

As there isn’t much story as of yet or if any at all, it’s all pretty much just going in and fighting everything till you get to the boss. Rinse and repeat. Not all rogue-likes need a backstory or anything that gives you a feel for what you’re doing, but this game has some wild imagination behind it with the uncanny subjects inside. 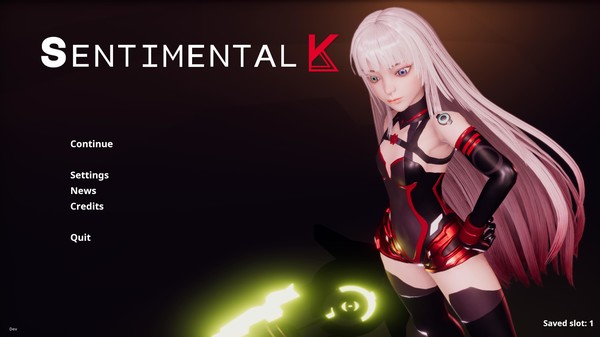 I did have fun playing and using abilities with different weapons, while also conquering bosses but it did fall short fast. The lack of being able to seek out builds for weapons or figuring out different types of things that go together isn’t well implemented yet. You can use anything with everything, which is cool that you can switch to something on the fly or in case you get more abilities for one weapon, but it’s still not enough for a rogue-like currently. There’s isn’t a replay value after trying out all the weapons because you can try out any ability beforehand. While there are a few more things you can unlock, it doesn’t add much overall.

This definitely can become something you can sink a lot of time into if they continue to add more and more things to it. With a bit of refinement, it can lead to great things. Currently, as of the writing of this review, I cannot say it’s worth the price for what you get out of the current build of the game. Grab it on Steam for $24.99, but I would personally wait for a sale.