Warhammer underworlds: online is a unique game, taking all the aspects of a card battler but adding in unique ideas to freshen up the genre and make something masterful. Warhammer always ensures that the people they license their IP to make quality products and this has stayed true. What I always remember about Warhammer series is their figurines and Warhammer underworld online takes that aspect and runs with it adding just enough to make it truly shine without burying it beneath what they have added. 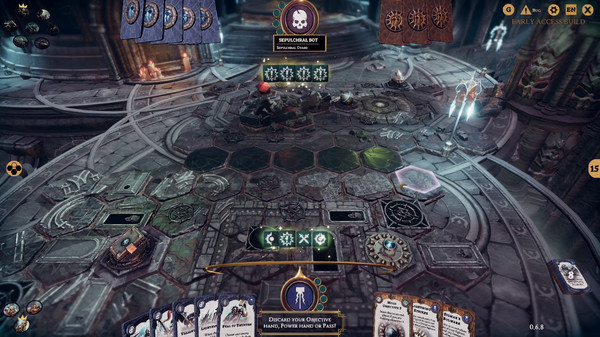 The gameplay in Warhammer underworlds: online is quite fun and complex and this complexity makes it so you have endless ability to strategize and make plans, even on the fly in the middle of a battle where all the best plans are made. This complexity can be off-putting at first with how many tasks you have to do and just what gives you the best points and what could actually harm you in the long run. It took playing through the tutorial and several games before I even understood the basics and another several before I was making strategies good enough for me to win. I do have to say that the complexity is better than if it was not there but they need a better way to explain then their short tutorial, maybe some AI battles you can hone your skills on before being tossed into the deep end of playing with other people. Achieving some of the goals for the groups can be hard but they have enough of the easier goals to balance this out, and the harder ones do payout more score, it just doesn’t feel like enough compared to the lower scored easier ones. Add on top the fact that this is an online game and you will often be playing against others it can make the beginning of the game a bit of a slog and make you not want to return at all. 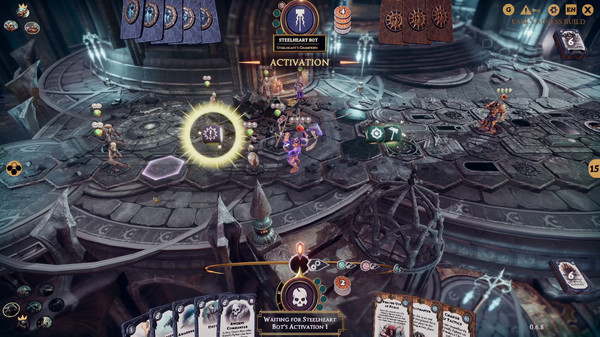 The best part of Warhammer underworlds: online is the figurine models for each character. They look very detailed and amazing, my favorite being the demon doggo, it just looks so cool and very unique from even its own team! Warhammer is known for its models that you can color yourself to make your own unique collection. I myself have several of the models but mostly of the elves and even just from a collectors point the models in Warhammer underworlds: online give something of wonder. While you are unable to customize your figurines at this moment they do capture the aspect of what makes the Warhammer figurines awesome. Each group has a unique look in the model itself and they seem to have a plan to release more in the future. The figurines are only complemented by how the board looks and feels. You can tell where key points are, how far enemies may be able to move, and what areas might cause problems if an enemy takes them. On top of all this, the maps look amazingly beautiful in their own right, a ton of detail that almost seems unnecessary, but I will gladly accept. The crystal that makes the key point in one map lights up with a delicate shimmer well other points in other maps have that same quality of craftsmanship. 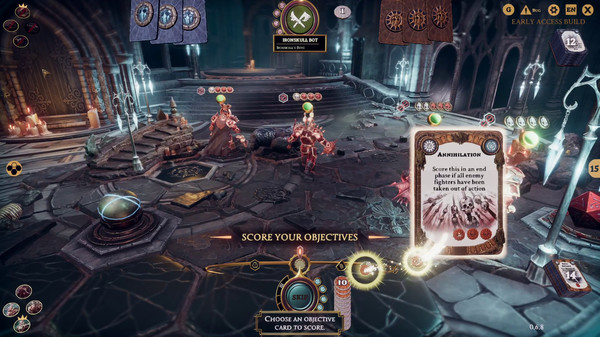 Music often puts the cherry on top of already good games. It is there to convey emotion, give warnings to players of incoming attacks, and add atmosphere to the environment be it dreary or cheerful. For poor games, music can be the only saving grace in a pile of nope and horrible graphics. I am happy to say the music of Warhammer underworlds: online is that cherry. An exceptionally loud cherry, but the perfect cherry nonetheless. The sour spot of that cherry is the menu music, while inside matches there is enough variation in the tracks I have found for it not to get repetitive, or worse obnoxious. This is not true of the music playing on the home screen, of which there is only one track which is highly repetitive and because of how often you are on the home screen, it has become permanently entrenched in my brain. Maybe if they had a track for when you were queuing and one for just the menu this would be better but I do not see this being implemented. 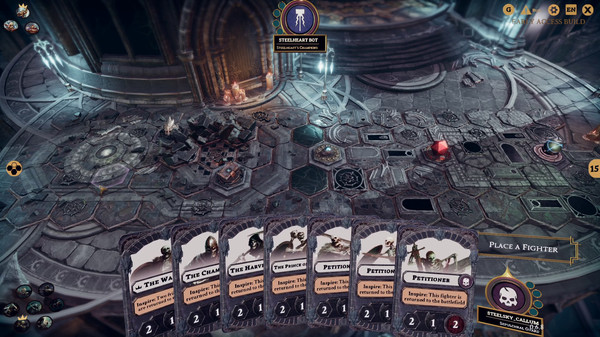 When you have a good idea it is all about framing it in a good light and enhancing the strengths it already has. Warhammer underworlds: online has done this well above and beyond what was probably thought possible with just the simple concept of figurines fighting. They managed to make a unique look and some pretty fun gameplay that I always seem to want to delve into one more match for. If I could I would probably play this a lot more then I am able to do so.

Chebkitty gives Warhammer underworlds: online a Drastik Measure 9.2 out of 10 (92)