Its been years since the last Dark Souls game, and not many have captured the dark and creepy tone that the genre has refined, but Cold Symmetry comes in with their own souls-like game, enter Mortal Shell. Just like any of its genres, the game starts as your character waking up with amnesia knowing nothing of the outside world or how it works, but this game takes it a step further with your character having no defining features other than having a human physique. At the start of the level, the player, are quickly introduced to one of the mechanics that are a first of its kind for the genre, the hardening of your character’s skin that can negate an attack. Once hit the player will turn back to normal and will have a cooldown until it can be used again. After retrieving your first weapon (a two-handed sword) and your first item, the player will fight the introductive boss. After getting eaten by a fish-like creature, the player will crawl out into what looks like the overworld and find a cadaver of a knight as the player’s character will possess the knight’s body hence the name given to the game, Mortal Shell.

After obtaining your first shell, the player will be thrown into a non-linear level that is the swamps that is called Fallgrim. While roaming around eventually, the player will find the tower at Fallgrim as it will be acting as of a base of sorts. Though I do like the non-linear feel of Fallgrim, it needs to be linear or at least something to guide the player to the tower because just like every souls-like game the difficulty bar is set quite high, and especially early on the player needs to have an area so they can figure out how to strengthen their skills rather than hoping to find it later when they have done a half dozen of times and losing their tar. 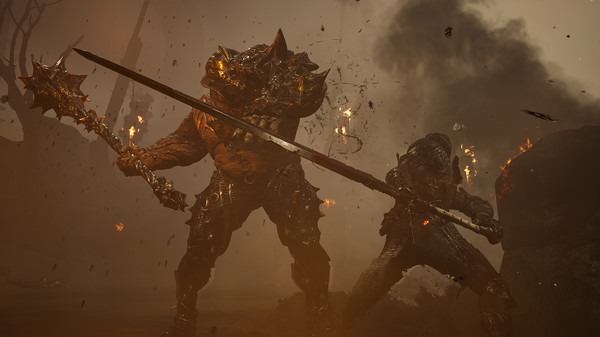 Speaking of just like any souls-like game you will have a droppable currency called tar. It can be exchanged for items at the merchant named Vlas or, they can be given to Sester Genessa to learn of your shell’s name and to purchase skills to make your shell stronger if you have enough glimpses to unlock them. Glimpses work as a “hard currency” as they will not be dropped upon death but, the downside of it is that the currency stays with that shell. There are four shells within the game as the other three that the player will have to find and as for weapons, there are four as well in total. As much of an open world, the player is thrown into if you wish to find the other shells and weaponries the game gives you clues within the upper part of the tower where your weapon would be rested at their designated podium. How the player retrieves their weapon is different from the shells as weaponries have to be earned by reading a grimoire and thrown into a battle with the intro boss wielding the weapon the player is trying to obtain and once the boss is defeated the weapon is yours for the taking.

The next mechanic that stands out from other souls-like games is their resolve system that acts like an MP meter that is built up by smacking around your enemies. You can use the resolve that you have obtained only by finding the Tarnished seal which plays two roles in the game, one as it sits behind your character will glow red if an enemy is preparing an unblockable attack or, two the player can parry that will cost one resolve point and damage the enemy and heal your shell. At the beginning of the game, this is the only reliable way to heal yourself within the game and really bugged me a lot since the healing items that you find will respawn only once every five or so minutes. I have also found that the more that I have played and gained new abilities from bosses more and more abilities and items are based on the parrying system and made me feel like that it was more of an enforced mechanic rather than an option available to myself. Though parrying isn’t the only use for resolve, it can also be used to use special attacks for each weapon specific to its origin. To use these special attacks the player will have to find these key items across the location that they found the weapon they are using besides the special attacks, players can increase the weapons base damage by using quenching acid. 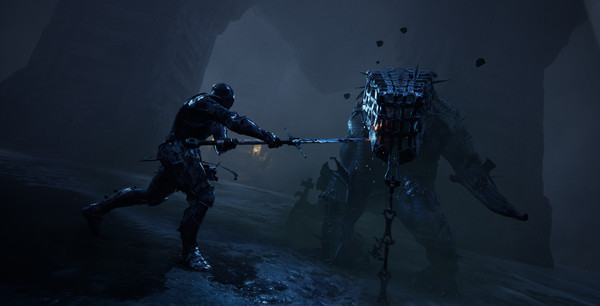 With everything that goes into building up your character, it can be easy to overlook the beauty around you and the detail of the characters. The detail of the ripples of the water in Fallgrim to the icy crypts of the Martyrs. As for the sound quality of the game, the voice actors hit the spooky and the unnerving ambiance that is reflected in their voice. It is always satisfying to hear every death rattle from an enemy as their bodies become ragdolled around the map. Though the game doesn’t have much music it makes full use of the ambiance with each level you go through.

The one mechanic that stood out that was quite an idea that from the developers was the familiarity on items. Just like the player, the character itself doesn’t know what any of the items do until it is used for the first time. After an item is used so many times the character gets familiar with it and the effect of the item is slightly changed, to faster healing or an item that once poisoned you is now an antidote. A lot of mechanics are either self-explained or they are in the text within a tutorial but the only one that I have found that had no clear indication until the player gets through their first boss is the chests around Fallgrim that are locked until “The fog” rolls in and they are unlocked. The game gives you no indication of how or why they are locked and just tell you they are, perhaps the text should read “The fog is the key” or something indicating how to get the chests open.

Even though I had quite a few frustrations at the beginning of the game this was a fun experience, the game reminded me around every corner that you can meet your characters death that was captured in the Demon’s Souls game. Although I feel that the game needs to be refined quite a bit like the aforementioned game this is a strong base that I hope the developers build on. At the price of $29.99 at the Epic Games store, I would find the price somewhat steep for what you get, and for people who do not like the platform will have to wait out the exclusivity period in which you will be waiting around 2021 probably.