With the horror genre of games, one of the defining styles is atmospheric horror, where usually the player may or may not have access to a weapon to defend themselves and is given a task that can seem daunting in some cases. While this style of horror game has diminished over the years, one will pop up to try and revitalize the genre every so often, to which Maid of Sker does so effectively. Maid of Sker is an adventure atmospheric horror game, developed and published by Wales Interactive. This spooky but gripping game put the focus back on puzzles, an intricate story, and the atmosphere in the game itself.

Stepping off of the trolley, Maid of Sker starts off the player in a simple frame of mind, that slowly as the story goes on descends the player in the madness of the world around them. We, the player, follow Thomas, a man who as far we can tell, seeks the refuge of his love Elizabeth and at the behest of her, boards a train or trolley to the Sker hotel. However, upon arriving, things start to seem out of place, with small things like locked gates and items thrown about the establishment and Elizabeth asking you to collect items to help stop the mysterious affliction that has beset the hotel. Always look over your shoulder though, as a bigger fear looms in the background of the establishment. 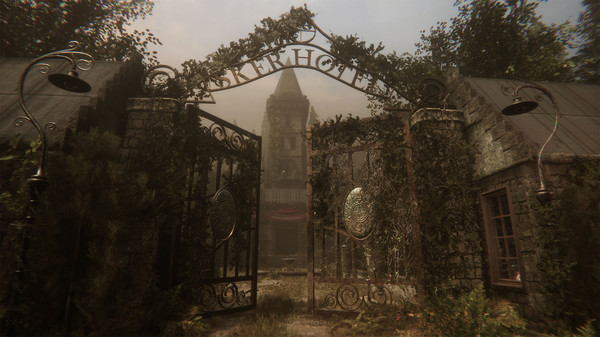 While I loved the story the game presented, I will admit it had one or two flaws that kept back my enjoyment at times, that being the slow pacing in certain places of the story and a lack of direction of progression at times. Maid of Sker is a slow-paced horror story, to which I found fine, as the build-up was slow but intensified as the player explored around the Sker hotel. This also was a drawback in a few places, where the slow pacing took me out of the game and I had to re-invest myself in a sense to the world. There were also a few places where a lack of direction made me retrace my steps to places that were already explored or not needed to be in. These were far and few between but I felt they were worth noting.

Walking quietly in fear, the gameplay of Maid of Sker is broken up into exploring, the solving of puzzles around the hotel and the phonic modulator. Starting with the exploring, the hotel is large and grandiose, with multiple floors that get unlocked as the player progresses. Each room the player visits could be your last, as the creatures that roam the halls, while they can’t see, can hear you and will follow you till your dying breath. During this time, the player will run into puzzles they must solve to get a collectible or item needed to progress the story. These puzzles were all unique and interesting, giving me something to look forward to finding as I made slow and steady progress throughout the world. 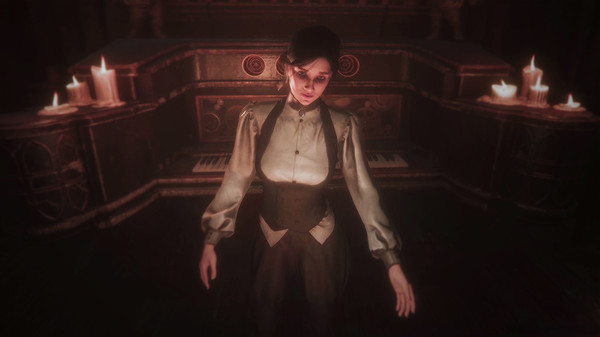 Finally, I want to talk about the phonic modulator, your “smoking gun” of sorts while exploring. This device acts as a tool that allows the player to survive an otherwise tough situation, which can be more or less often, depending on how the player chooses to move about the hotel. I felt like this item was a life-saver in several situations during my playthrough of the game and while it took some time to learn when you should or should not use it, it was a unique mechanic that made sense for the music-themed world Maid of Sker is set to be.

As with most games, not every part of the gameplay is perfect and Maid of Sker is no exception to this rule. While the gameplay here could be considered simple, it does suffer from a lack of direction in some instances, as well as a tad too many enemies in some rooms. Earlier I spoke about the lack of direction affecting the story progression, this too affects the gameplay in some events. While your objectives are clearly shown throughout the adventure, the map will mark unseen things of interest with ?s and while this was a nice tool to give me an idea of where to go, sometimes it put me in a spot of trouble, either with missing items or a large number of creatures. This coincides with the concept of too many creatures being in a room at one time, as there were several rooms where I had to die and restart from my last save point just to get the lay of the land. 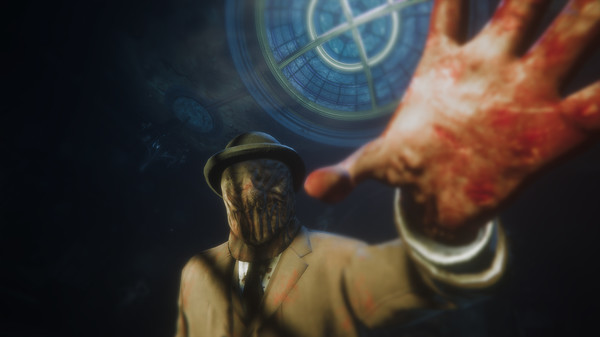 There is one more gameplay element I feel should be brought up, the lack of an auto-save system. This was one of the elements I felt was a mixed bag, as I liked the idea of risking your progress to explore forward until you could find a record player to save your game. Other times, it felt like the risk was too great and I often backtracked just to safe so I did not lose a key item for the third time.

Staring at the large Sker hotel, the visuals presented by Maid of Sker were dark and gloomy, setting the scene for the late eighteen hundred grim tales set before the player. Visually, I was impressed at how close Maid of Sker got to what hotels of this period would have looked like at the time. The focus on realism was on point, with the use of dark colors like greys, browns, some black, and a lot of greens to sell the grime and decaying condition of the Sker hotel during the story. If I had one thing to say was a drawback to the visuals presented, it would be if your brightness meter was set low enough, it became near impossible to see at points but this was adjustable from the settings menu. 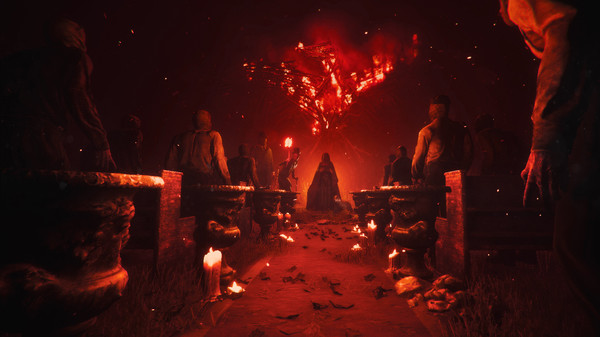 Setting the scene with the dark and eerie tones of classical instruments, the soundtrack of Maid in Sker is easily one of the games selling points. Musically, I loved the soundtrack and how creepy it got at places with simple touches like background violins that took the center stage if the player engaged in a chase. The focus of the piano as the main setting instrument was a wise one, as they would add small but subtle background noises from instruments of the wind and string families to add an air of fear or tension on a dime. The eerie sound effects also are a point of praise, as small things like the creaking of someone walking on a wooden plank or footsteps on the other side of a door added to the tension for me more times than not when I felt safe in a room.

As the gates close of the Sker hotel, I found that Maid of Sker was one of my favorite horror game experiences to date, with a story that immersed itself around the player as a silent protagonist, with visual and audio cues to add to the chills and danger around every corner. The immersive story, a growing sense of progressive fear, unique and challenging puzzles, a grimy and foreboding visual presentation, and a soundtrack that adds to the horror experience makes for a horror game that stands out brightly in this genre.

For the price of $24.99 on steam, I can easily recommend Maid of Sker to those looking to experience a good horror adventure title with some mystery elements added to it. It stands out as a horror game and easily a ten to fifteen plus hour experience, depending on the player.