If you are looking for a police manager simulator look no further as This is the Police 2 is everything you can ask for. Starting the game you play as the same main character from the first game, Jack Boyd. The game starts with a cinematic in a visual novel style that is not unlike its predecessor, though you’re in a different town called Sharpwood and not in the city of Freeburg. At first, you are presented with a tutorial of the basic commands you and your fellow policeman can do in an X-COM like grid and command system learning about how your units can use stealth to your advantage and stunning enemy units, afterward handcuffing them neutralizing them so they are no longer a threat. After a quick rundown on how to manage your part of the police station, the game throws you to a familiar GUI that fans and players of the first game know already. Though there are differences between them.

The first one outside of the X-COM like-system which we will get into later is loyalty. Loyalty can be discerned by if a person is wearing a wide-brimmed hat or not. There are a lot of negative effects if you don’t have your troop’s loyalty so it tends to be a priority to players. The first effect of disloyalty is that the employee will only work every other day and even if you have them come in there’s a chance that they will not show up for work at all. Secondly, near the end of the shift, they will dismiss your commands to check out a situation within the field and can really hurt your situation if you are needing people out on the field. And the last one to note and possibly the worst effect of disloyalty is that on police raids or the like (which is the X-COM like system) they will go out on their own and do whatever they want and 9 times out of 10 they will spot a suspect and shoot at him, throwing off the stealth option out the window as trying to do stealth is the easiest way to subdue the suspects without getting your police officers injured or even worse….killed. The fact that the AI deliberately tries to break stealth quickly as possible breaks the fun of the system and even with full loyalty the difficulty of precisely moving your policeman to keep things quiet throughout the raid is frustrating. 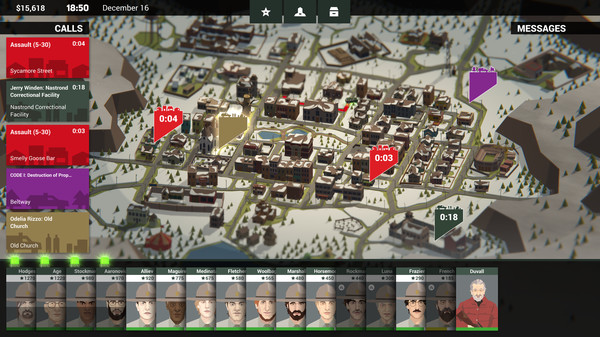 Speaking of the grid system one thing that I do like is if you do get into a scrape with suspects you can aim at certain body parts to either disarm, immobilize or, even a kill shot (although you will get fewer resources if you kill rather than subdue). This type of aiming helps if you need to complete the mission quicker and prioritize the safety of your police force and the mission than getting a perfect score. After a few days, you will pick up evidence which you can sell to fences or bribe people in giving up information about the raid you will be on, kind of like information gathering from Payday 2. Even if you want to the player will need to do some less than upstanding things to keep his position because after a while the player will have to pay $20,000 each week because of spoilers, and if the player cannot pay it, it is game over. Though if you find yourself having an excess amount of money you can go to the same fence to buy things from mundane items, equipment for your police officers, to drugs that you can bribe people with.

Another new feature in the series is the investigation mechanic that you can send policemen with high intelligence to figure out what happened at crime scenes and as time goes by you can get little pictures of what happened according to the evidence that the officer has found, as the player has to piece together what happened at the crime scene and call for a person arrest. Afterward convicting the right person you can interrogate the suspect for more information to bring down local cults that have been plaguing the city and if the right questions weren’t picked the suspect will not give the information thus a “deeper” interrogation has to be performed as you have to learn the person’s fears to make them talk and learn what they dislike as well. After the right amount of pressure and making sure you don’t kill the suspect you are provided the information on the group that the suspect is a part of. 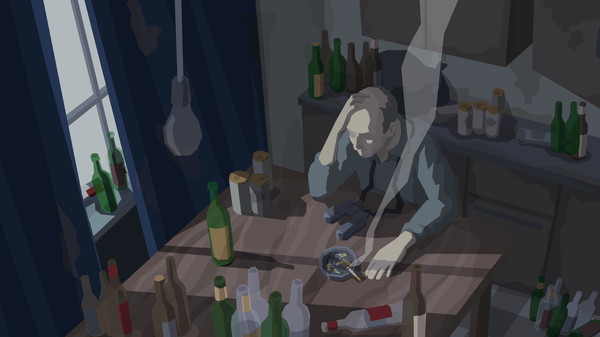 The visuals of the game are decent enough, but there are some tearing on the sides at parts of the game and there are reports of crashes in the game where there will just be a loading screen freeze and will have to go back days before the save that the players had. I had to restart the game completely three times because of this bug. Although while we’re on the subject of the loading screen all it is a white screen with no sound, a loading bar, or even a widget spinning to show that the game is loading without problems would be appreciated. Though I have to say on a positive note to the developers that I enjoyed the police chatter and the radio that comes out of the PS4 controller which makes the game more immersive.

If you’re not into micromanaging or a fan of the first game I would hold back on getting this game on sale and its right now on the PlayStation Store for $29.99.