Maneater is a single-player action RPG from Tripwire Interactive and is available on Xbox, PlayStation, and PC on Epic Games. This review will be specific for the PC version, but general gameplay should be the same between all of them. At its core, the game is a story about revenge and well being a bad mother trucking shark. Ever since the trailer dropped, I have been ravenous to play it and maybe bull-headed in my approach about it. Yes, I know horrible, horrible puns there, but it doesn’t change the fact that I was looking forward to this game.  I was ecstatic when I got asked to review it and was ready to take a bite out of it. Ok, I swear that’s the last of the jokes or at least the bad ones.

So the game gives you a fantastic prologue in which you play as your mother, who is out just doing her thing killing, eating, chewing on the occasional human. When a big-time reality tv shark hunter gets wind of her and comes to hunt her. Needless to say, it ends with her getting caught and while he is gutting her find out she is pregnant with you and tosses you off the boat into the swamp for you to die. Little does he know you survive and begin plotting coming back after him. 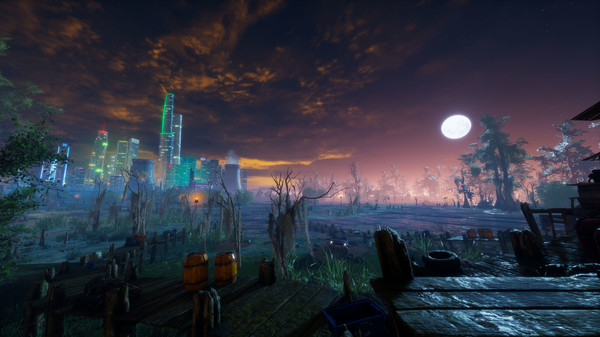 The only complaint I have about the game after the prologue is done and the game begins is that the combat system takes a wee bit of getting used to compared to other games. It took me a good solid thirty to forty-five minutes to be comfortable with it. Maybe it is just me and not being used to games like this anymore or just a wonky system to learn. Regardless I can only speak to my experience with it, which may not be the same for everyone. I will say this as cool as the wildlife looks under the water, most of them at native to the Gulf of Mexico then again this is a video about a shark. Who cares if it is not realistic with amphibious wildlife? I mean, it is fun as can be just to relentless murder stuff as a shark.

Now before we get into some more gameplay stuff, there are two-level systems. You have the experience level system which is capped at thirty and you increase by collecting protein, minerals, fat, and
mutagens. They have more uses then giving you experience which I will cover later and you can get by killing things in the world, completing quests, and finding collectibles. Speaking of quests, I spent a lot of time after getting a quest to eat a few humans in the second area of the game, hunters start to show up. This brings me to the second level system, the infamy system which is separate from the experience levels. 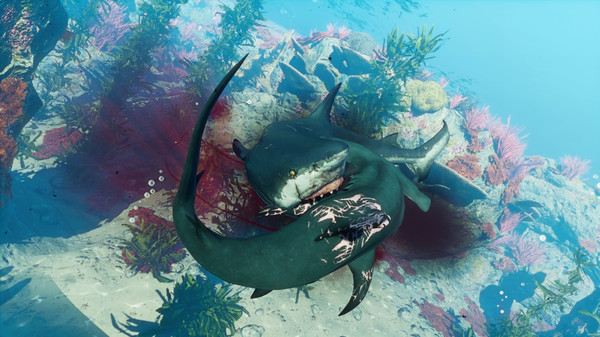 Side note before explaining the infamy system is I do love the visuals in the kills when you eliminate humans in how it is visually presented. They scream when you grab them, squirt blood, and when you thrash them side to side, you rip them to a blood-colored mist in the water. It was indeed a fun thing to avoid being shot, shoot up out the water, grab them, and go to town on them. Anyway, unlike infamy systems in other games like say GTA series, the Infamy system in Maneater is persistent and caps at level ten. You of course start at zero and when you kill enough shark hunters appear, and after killing them you will eventually reach a cap for the current infamy rank. Upon doing so, a celebrity shark hunter will appear. They are just like any other human and once you kill them you can progress to the next rank.

Note that you also get various benefits as you kill them including resources and shark modifications which I will cover more on later. Now there is more to do then just quests and chomping on random wildlife and humans. There are tons of license plates, nutrient crates, and locations to find within the game in addition to the quests. In the first area alone has ten license plates, seventeen nutrient crates, and ten landmarks. Counting all collectibles in all regions, there is a total of two hundred sixty-six collectibles in all. Now some are locked behind gates or where you can’t get them until your a higher level or have an ability unlocked. 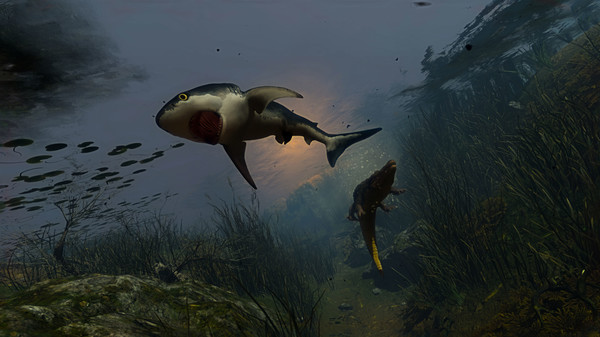 That brings me to the modifications you can earn through the game. They are split into organs and body parts. For the body parts, there are modifications for teeth, fins, body, tail, and head. There are three sets: the Bone, Bio-Electric (which you get from infamy levels), and Shadow sets. Each set is very, very different in terms of looks and incredibly detailed. They are also very different in terms of ability.
The bone is best for taking out hunters and boats and has high damage resistance. The bio-electric is designed as a set in which various actions places stun counters on things around you, and when they reach ten counters, they are immobilized for a short time. The Shadow set is a poison and vampiric set.

The organ modifications affect things like your sonar, how long you can stay on land, damage resistance, and more. Also, the body modifications change how your shark looks so you can end up with some freaking looking monstrosity if you mix and match the sets. Speaking about the visuals the environment looks amazing. The general environmental detail was a pleasant experience. Take the first area of
the game Fatwick Bayou as an example. I truly felt like I was in some backwoods swamp-like area, even down to how the area underwater looks. It just was detailed in a way they made me want to explore every nook and cranny. 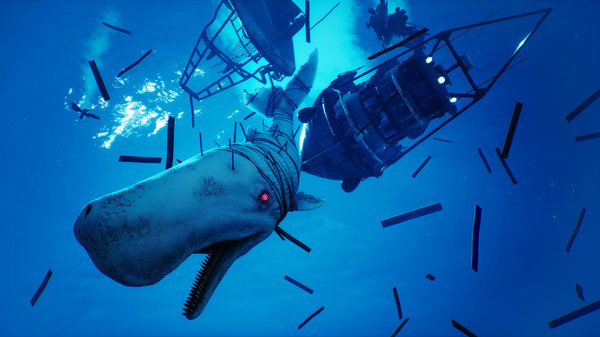 So without a doubt, I can highly recommend this game to anyone who wants a unique experience even with the short amount of playtime this game has for the price. Some would argue against this, but that’s their opinion, and this is mine. All I can do is stress what I think of the game and explain my stance and provide whatever information I can. So if you think you will like this game go grab it from the Epic Games Store for PC.