HUNTING SIMULATOR 2 – THE SEASON IS OPEN NEXT WEEK!
Hunting Simulator 2 available on PlayStation®4 and Xbox One in North America on June 30 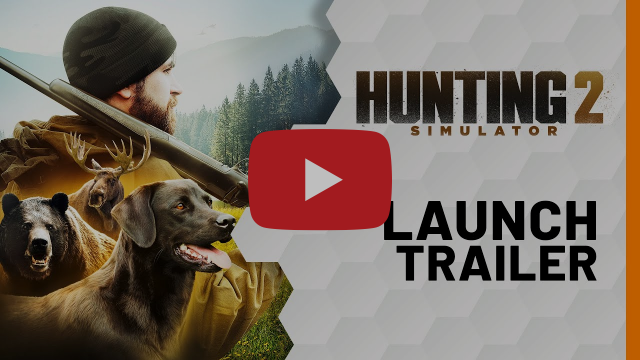 Lesquin, France, June 25, 2020 – NACON today has released the launch trailer for Hunting Simulator 2, which release is scheduled in North America for Tuesday June 30 on PS4™ and Xbox One consoles. A brand-new hunting simulation game developed by Neopica, Hunting Simulator 2 offers long hours of gameplay and a unique experience right in the heart of nature. A PC version of the game will be available from July 16th.

In Hunting Simulator 2, you explore bigger, more varied and more spectacular natural environments thanks to completely redesigned graphics and sound effects. The game provides many hours of challenges and immersion among the flora and fauna of some of the most beautiful areas of Europe and the United States. There are over 33 animal species to find in Hunting Simulator 2. The artificial intelligence for each species has had significant work put in to recreate their unique and realistic behaviors.

Via an all-new interface, hunters can also choose every piece of their gear from over 75 weapons and accessories, as well as 90 official clothing items faithfully recreated from the sport’s top specialist brands: Browning, Winchester, Verney Carron, Bushnell, Kryptek and many more.

About Nacon
NACON is a company of the BIGBEN Group founded in 2019 to optimize its know-how through strong synergies in the video game market. By bringing together its 8 development studios, the publishing of AA video games, the design and distribution of premium gaming devices, NACON focuses 20 years of expertise at the service of players. This new unified business unit strengthens NACON’s position in the market, enables it to innovate by creating new unique competitive advantages and achieve its ambition to become one of the world’s leading players in gaming. https://corporate.nacongaming.com/

About Neopica
Neopica produces games from original ideas as well as games from existing game designs and licenses (movies, comics, cartoons). The company has the capability to handle ports and localization of software to any platform or territory. Over the years, Neopica’s core team have successfully developed more than 60 titles, from very small to large scale games, for retail and online. The company’s talented international team brings an enormous amount of experience to the table. For more information about Neopica: http://www.neopica.com/