Ok, guys, back here again to cover the new DLC for Control called “The Foundation.” If you want to know my thoughts on the core game, you can read the review here because the purpose of this review is to cover the content that the DLC contains only. It is not a free DLC but is available for $14.99 on the Epic Games store. I am assuming the price for it and the core game will be the same once it releases on steam here later this year. It adds anywhere between 3-6 hours of new content to the game, depending on your skill level.

The story for the DLC begins with a request to contact the board in the hotline room. It takes you from there to where Ahti went to go on vacation and down to the very foundation of the Old house. It adds a
whole other area and new story questline with a single side questline and new Altered item to silence, as well as two new skills to use in the new area. The main quest takes you all over the Foundation, trying to fix the underlying cause of the threat culminating in an intense boss fight. Though as far as the amount of content in DLC, I was hoping for more then what we got in terms of new content. Granted, it did provide a good challenge and kept up the same quality storyline as the core game. It just felt like there could have been more in there. I did love the new ax-wielding psycho Hiss that loves to teleport and was quick as well. It added an intenseness to every fight they were involved in and kept the pressure on you making you continuously have to adjust your position and pay attention.

The new Altered item quest was an insane thrill ride and quite different than the others in the core game. It involves a film camera that you saw but never interacted within the core game. Once you interact with it, you’re thrown into a chase scene from a movie barreling down railroad tracks avoiding walls and fighting hiss. It was a fun and exciting stop on the way to continue the story. The side questline is done in part before you even get the quest. If you explore fully one the sections, you find a couple the items for the quest. Upon reaching the quest, it sends you back to the same area to find the rest and more. In my review of the core game, one of my complaints was that you could not reset your skills if you wanted to try something else. I don’t know if it was added in a patch or with the DLC, but while playing, I saw that they added to where you could for thirty thousand of the currency of the game. Also, to note the amount of currency you find through the DLC area is absolutely insane compared to the core game before. Or maybe I just didn’t notice how much I was getting in the core game. The fact remains you get more then you know what to do with, not sure why that was the case, but hey don’t look a gift horse in the mouth, am I right.

Other than the new content and ability rest option, they didn’t game anything core wise about the music and graphics. They were still the same high quality from the core game. This pleases me greatly because it was one of the things that drew me to the game in the first place. One thing I think was a wasted moment was to have an epic song playing during the boss fight, much like the one that was playing during what I refer to as the headphones hallway from the core game. 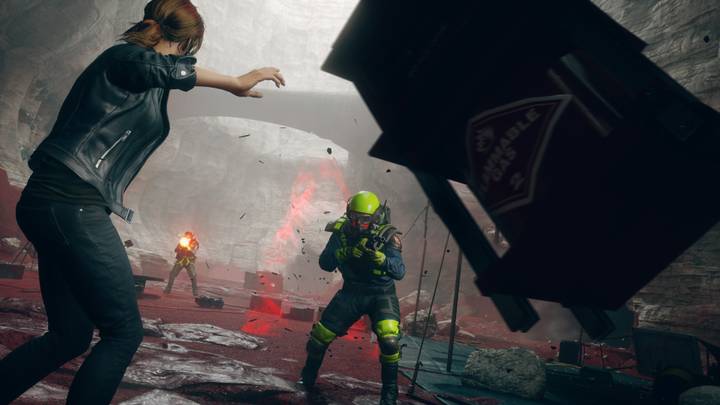 Anyway, the two new skills you gain are specific to the DLC area only and have no use outside of it as I could find. They both allow you to manipulate the crystals you see in the area. One will enable you to
destroy them, whereas the other all you to create platforms from them. You can only choose one when you are first offered them and review the other later on during the questline. All in all, though given what the DLC brings to the table in addition to the core game, I can say it is well worth getting for the price. Even though I do wish there was more to it it is still very much worth it.

BoxCatHero gives Controls “The Foundation” DLC a Drastik Measure of 9.0 out of 10 (90)