SD Gundam G Generation Cross Rays is an RPG strategy game that takes you through multiple different storylines through the Gundam series in the style of the SD Gundams. The style of the SD Gundams is best summed up as the “chibi” or cute mini versions of the popular long-running mech anime. I myself have been a long-running fan of the series. I would even argue that it was the anime Gundam Wing that made me realize I liked anime even though I watch popular series like Dragon Ball and Sailor Moon before discovering Gundam. The game involves not only Gundam Wing but SEED, 00, and the Iron-Blooded Orphan series. Being a big fan of Wing I was happy they even added Endless Waltz in the mix. 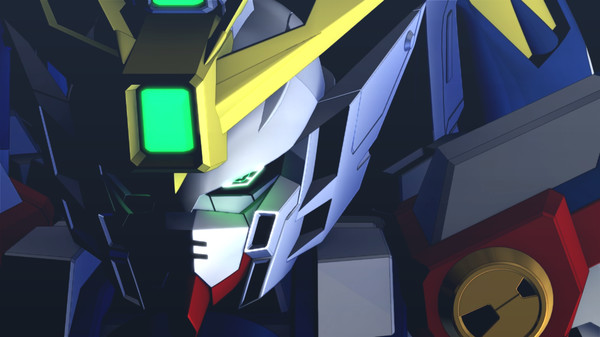 SD Gundam G Generation Cross Rays have a lot in the game but I can’t say it does anything that really shines through other than the wide range it covers throughout the multiple stories. The game highlights many main points of the stories as you do the battles. During the turn-based strategy battles, you control the main characters in the story that took place in the battle in the anime and the party of pilots, their Gundams that are part of your party, and carrier unit. These characters span across all the series and mostly add more fan service to the game. Pilot’s stats seem to mimic what the character was good at in the anime but you can even acquire different Gundams and put them in that unit. The mix and match you can do provide a vast range of possibilities and combat tactics.

The combat system itself is just like the game, very complex, and never straightforward. Even movement is very involved as your recovered health/energy, defense options on counter-attacks, and attacks depend on how close you are to allies. Times I did enjoy being able to finely tune choices but rarely was it needed and with no “auto” style choice on best options it can turn just moving one unit to attack a multiple button event pressing a couple of prompts each time and then doing the same thing when you are attacked. This makes the game slow, repetitive, and tedious. This mixed with the annoyance of not being able to zoom out the map to see your units or quickly switch to units you can still move can make it feel awkward to attack. They also seem to mix two battles into one too many times where you play two different maps. It can be awkward at times since the objective to win the battle would be to win one of the maps and the other seems useless to try hard to beat it. 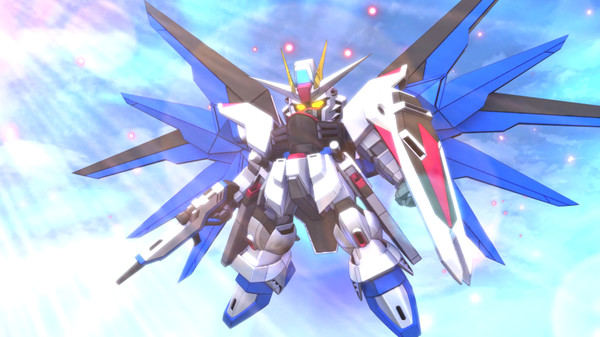 More positive notes of the combat are you feel very rewarded using the complex system to destroy many of the enemy units but seem to be too many of the same units and at times they just stay still without attacking unless they can move and attack in the same turn. When you take out an enemy unit you can move and attack again. As you do successful attacks and not take damage you also gain morale that can grow to crit more often and harder to the point you can easily take out other units. This above all feels very rewarding to be tactically minded. Times it feels very needed as units lost on your side are gone but the pilot will always survive. You need to use credits that can be used to buy new Mobile Suits or Gundams then get needed upgrades. This fear adds a nice challenge and helps the player not be reckless all the time. Some Mobile Suits or Gundams in your command favor long-range to the point the enemy can’t counter, some are not good at attacking but are amazing to help do chain attacks with allies or be near allies to reduce damage, evade, or counter.

So many of the small details work beautifully in combat as a friendly unit that is about to die can be saved and you are never without options as long as your units are not alone. Times it was worth the tediousness of it all. Leveling up feels rewarding and you never have to worry what stats to allocate since you will know easily if you have been lacking in something defensive or increasing the offense power. The addition of your carrier or ship on the battlefield gives you a sense of a mobile HQ as you can also retreat weaker units to dock in emergencies or help provide support even if it is slower moving then your units for the most part. 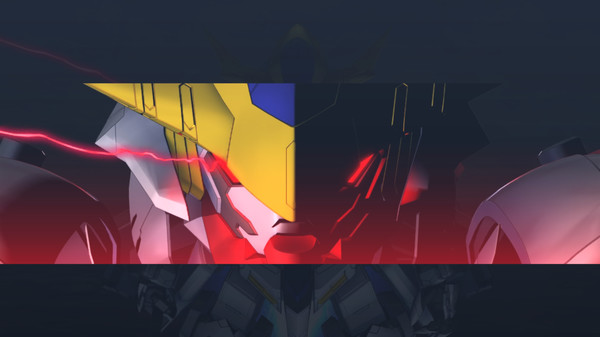 The visuals don’t add to the enjoyment much since most of the time you’re looking at a static 2D map and sprites that barely have any animations while the combat visuals are amazingly done 3D fights with lots of fanservice with each attack having their own animations. It’s a conflict as it is an extreme of boring and amazing. Music is amazing and the sound effects from the game sound like it’s from the anime. I felt the energy from the animations didn’t add to the gameplay but to the fan service. If the gameplay was faster paced I feel it wouldn’t feel like a lesser game but it is still a very nice and involved strategy. From my time playing the game and seeing what is to offer to unlock, I felt they left no stone unturned and very surprised by the details down to the voice actors of all the pilots. The iconic moves of the Gundams are all there along with believable ranges and power.

The game seems to be made by developers who are very passionate about the series. The quests you can complete throughout the stories and though multiple stories unlock more iconic units to produce and buy. An experience like bars on main characters can unlock those to use those outside their story mode. Some pilots have multiple versions of themselves to unlock being more powerful versions of the pilot. This can be highly worth getting as it can make harder modes of play easier and adds to the completionist element of the game. The quests being the biggest rewarder as they can unlock the strongest ones. Adding to the further depth of the game the bonus objectives and even the hidden objectives of the game unlock more objectives/rewards in missions. Most of these parallel further with the anime by using the correct unit to destroy targets or excelling on the battlefield. 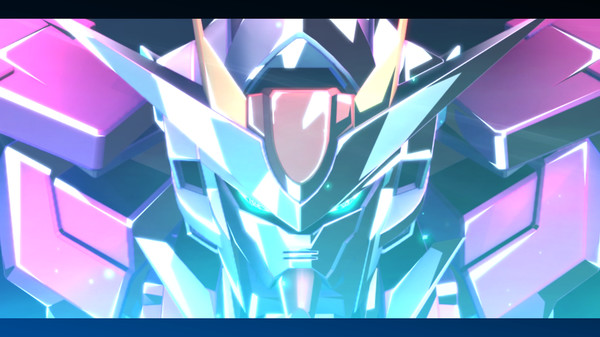 Overall it was a nice fan experience in a more complex turn-based strategy setting of the Gundam anime. Those that have never watched or heard of it may be confused or unsure of what is going on despite the story mode telling key parts. The complexity and widespread coverage the game offers both adds and hinders the enjoyment but fans of both Gundam and strategy will enjoy details in controlling down to the slightest details. It can be nice to level up characters you enjoy and care for and even mix and match to other Gundams you have loved. The slow pace of the battles, combat with the boring 2D graphics compared to the nice 3d animated combat makes you wish for more focus onto the gameplay than the details. I myself am torn if it is great or bad since it was still done well. Part of me wishes the 2D map was a bit more animated with the units to match the details done on the rest of the game.