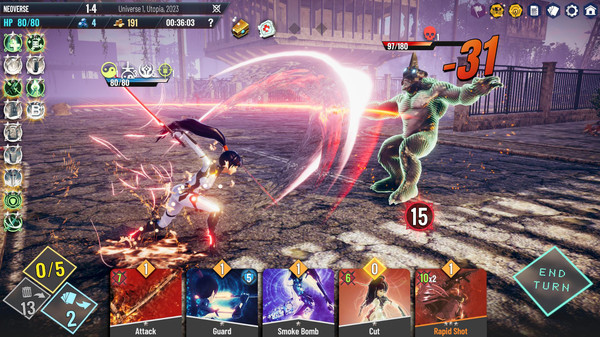 Last year, an indie gem that is known as Slay The Spire entered early access and became the champion of the new era of card-based roguelike deck-building games. The premise of this genre is deceptively simple. Complete a series of challenges while building a deck of skills and collecting powerful modifiers that can shape the way your run turns out. If you fail, its back to start with you. The only things you get to take with you are the lessons you learned from the previous run, and perhaps some points towards unlocking cards and trinkets for future runs. Slay the Spire has inspired several imitations, but few are as good as the original. Neoverse is a diamond in the rough in this case because it may have even surpassed its inspiration. 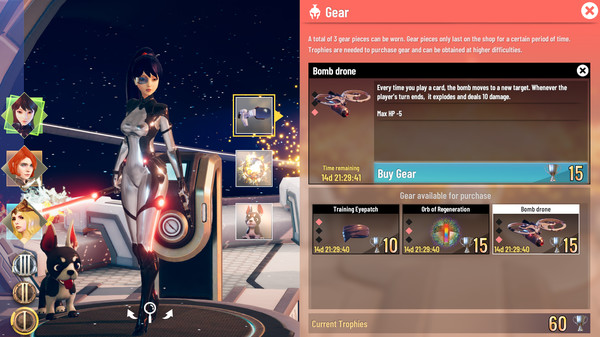 The visuals and sounds are very nicely drawn and animated. The game has a strong science fiction vibe going on as you journey through various dimensions, saving each respective universe from various perils. The graphical style reminds me of something akin to Phantasy Star or Star Ocean, which are both beautiful universes in their own right. Inspiration was clearly pulled from these sources, however, the game does stand entirely on its own. The card artworks well and conveys the intention and effects of each card quite well, and the sounds of battle are finely crafted to perfection. 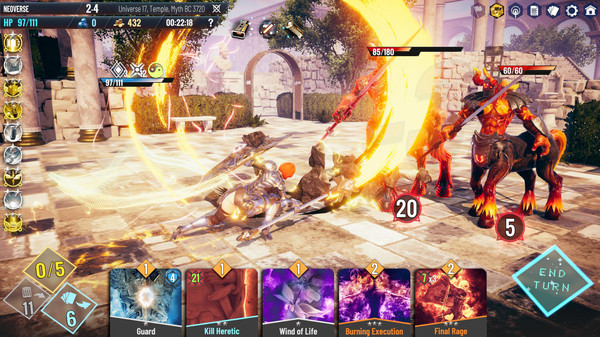 Much like other games in the genre, Neoverse brings 3 playable characters who each have completely different play styles. The first playable character uses a combination of two different types of attack cards, normal or melee and shooting. Shooting cards often draw more of the same type on its activation, leading to some nice attack strings. Normal melee attacks seem to do more single target damage but don’t combo as well. Her unique mechanic is called burnout, when you reach 5 stacks of it you get a unique hindrance card in your deck that costs 3 hp to remove. She also has access to radioactive damage which pierces through armor and acts similar to poison in other card games. 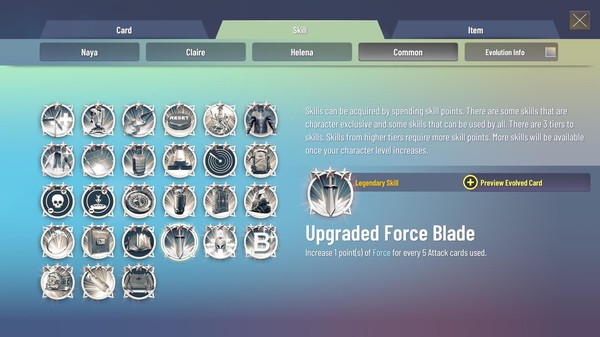 The second character plays with life and death. She has several unique mechanics, including faith, punishment, and a vampiric state. I’ll break these down one at a time. When you reach 5 stacks of faith, you receive a small heal and gain a random divine card. These cards are fairly powerful but disappear upon use. Punishment allows you to inflict retaliation damage on the first enemy that attacks you each turn. It resets when used, however. Vampiric state gives you life steal when you play any attack cards. This one decreases by 1 each time you attack, so plan carefully to get the most out of it. 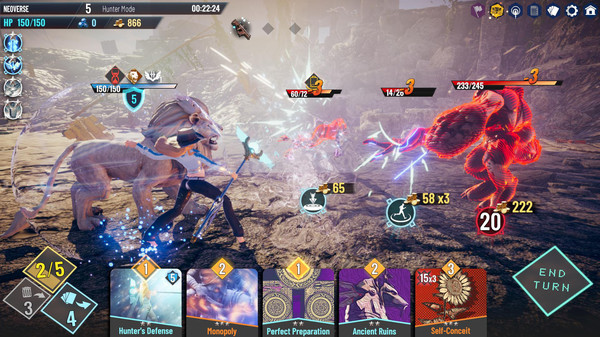 The final playable character is quite unique in the fact that she summons guardians to do her bidding. You have the choice of a white lion for single target damage, a fire dragon for those times when you just want to roast an entire enemy field, and the griffin to give you extra shield. You won’t always get these extra benefits though as each activation costs command points. When you run out of these, you get nothing. Her card selection revolves heavily around situational mechanics like decreasing the cost of a given high-cost card based on how many constants you have activated or decreasing the damage from a certain attack card based on when it was played during the turn. 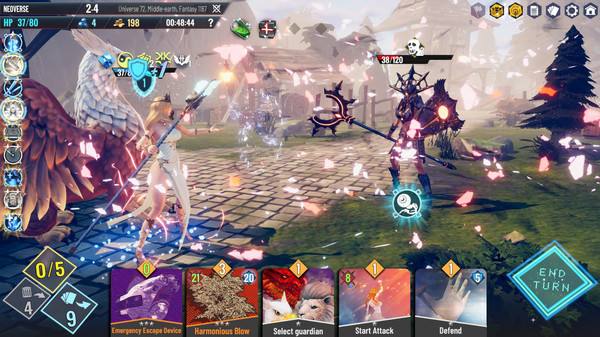 The primary adventure mode sees you fighting through 15 increasingly difficult battles with each one giving you a unique mission that follows you through your journey. These missions range from activating battle techniques to buying things from the data store, which is always accessible. You may even run into an elite encounter, which offers more challenging enemies as well as more generous rewards. Eventually, you will earn enough rewards to unlock unique gear items that you can take with you into future runs. One of these items is required to tackle the penultimate challenge of each run, however. The final notable thing I must mention is that each character actually has 3 basic choices for their starting deck as well as a randomized daily deck option that changes every day. 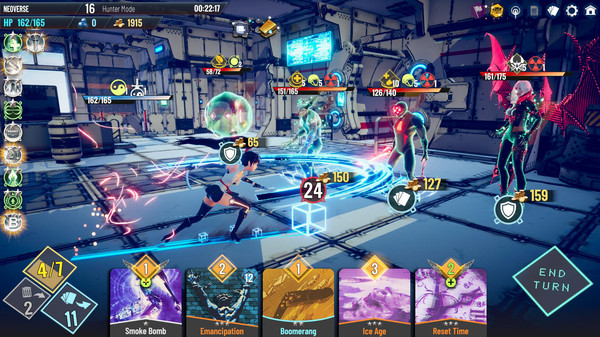 The options menu is sort of bare as you would expect from this type of game, though there is no controller support and minimal hotkeys which cannot be changed. The devs of this game are not native English speakers, however, the community has pulled together to assist with a nearly flawless English translation. They are still taking feedback to perfect it even further, which is a good thing as some mechanics initially come off a bit unclear but quickly explain themselves during the course of the game.

If you loved Slay The Spire and are looking for more of the same, Neoverse is a definite no brainer. The game is currently on sale for $12 at the time of writing, so grab it cheap while you can.