The Atelier series of games spans multiple console generations, something not many RPGs can claim and while each generation of the series has its known ups and downs, they always try to up the ante each time. Atelier Ayesha: The Alchemist of Dusk DX is an anime adventure JRPG developed and published by Koei Tecmo Games Co., LTD. Atelier Ayesha: The Alchemist of Dusk DX is the first of the Dusk trilogy and where it does set a good standard for the remaining two games to follow, it has a few shortcomings that put it behind the eight ball. 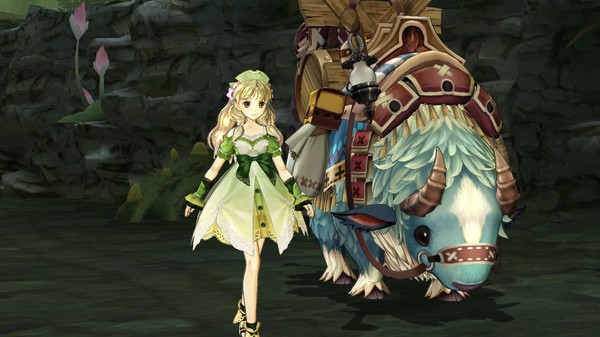 Starting off in a mysterious way, the story of Atelier Ayesha: The Alchemist of Dusk DX starts innocently and leads to a larger scope of various story plots that try to tie together neatly. We, as the player, take the shoes Ayesha Altugie, a herbalist who after a few chores and some burned medicine, goes off to see her sister Nio’s grave. However, this time her visit gets interrupted by a stranger who while Ayesha doesn’t trust him, states there is a way to find her supposedly dead sister. Now armed with a goal, Ayesha sets off to find her sister and bring her back home. 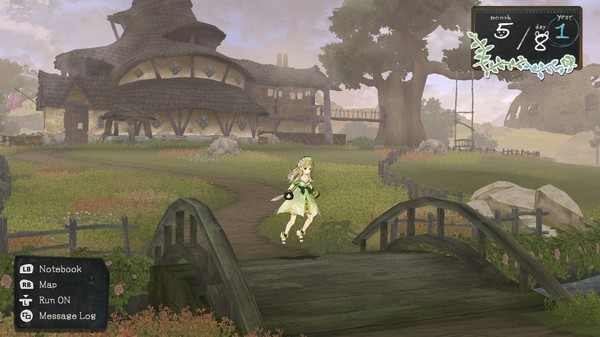 This being said, Atelier Ayesha: The Alchemist of Dusk DX has a very loose story in a sense, where your goal seems clear but in reality, has multiple branch ways and paths to reach your final goal. The biggest problem this presents and what really takes away from the story as a whole is the multiple pathways. These pathways don’t seem like a big issue at first, but many of these pathways take large amounts of in-game time as you burn large amounts of your in-game time to get to your true goal. 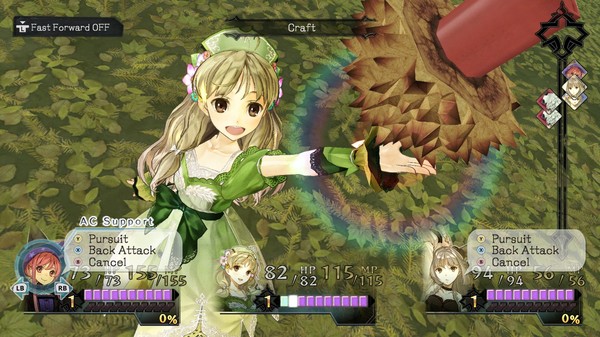 Leaving on such a big adventure means many things to do, that of which Atelier Ayesha: The Alchemist of Dusk DX easily provides for the player to engage with. Most of the player’s time will be spent on the concept of alchemy but you will need ingredients and there are three systems that benefit the player to get that focus down pat. Let us start with the various alchemy rooms, your hub for the game in a sense, and where learning how to manage your time becomes a critical step. The alchemy rooms, as it would state, allow the player to make items for the aiding of citizens across the game and combat, such as bombs and ointments. You can also trade-in memory points earned throughout the game for certain perks and alchemy recipes here, as well as save and change how each character in your party looks, as this version of the game has all previous DLC included. 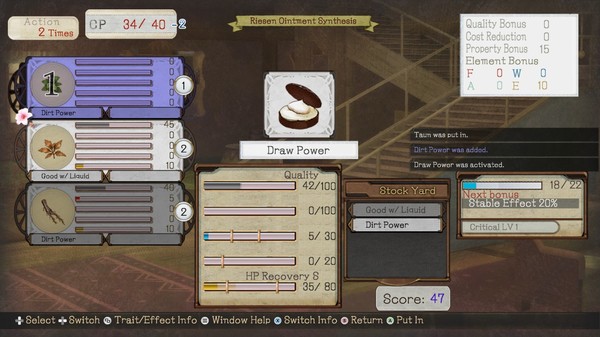 You cant make stuff with alchemy with thin air though, which is where the field zones come into play. These zones are places you can explore, at the cost of time, to gather ingredients to make items. While there are other ways to get items, such as combat rewards, bonuses from deliveries, and even buyable items from the bazaar when it is open in some cities, these are generally the easiest way to gather items, even with only having a few spots to harvest per visit. 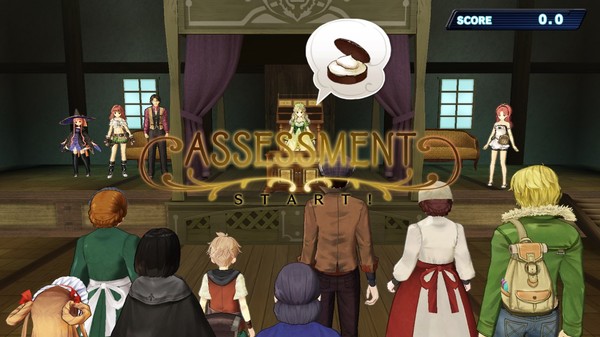 Combat plays a role not only in gathering rarer materials but a role in how Ayesha and her team do in later story segments, where required fights and even some boss fights make their appearance. The big thing to notice about Atelier Ayesha: The Alchemist of Dusk DX‘s combat is the action bar that fills from performing special moves or using items, in the case of Ayesha, basic attacks you do while in combat. This action bar then allows your teammates and Ayesha to perform moves not normally allowed, such as back strikes if a creature did not die that turn or defensive jump-ins, to protect a character from being attacked on an enemy’s turn.

With all that said, time is your enemy in Atelier Ayesha: The Alchemist of Dusk DX, and learning to manage it becomes critical to a player’s success. This is also one of the game’s weakest aspects, in the same token. The player is given a limited number of in-game years, making every move you make an important decision, and sometimes missing one item for an alchemy creation can cripple the player. Add in that Ayesha can’t use any special abilities in combat, making her reliant on alchemical items to be the most useful makes this time crunch even worse in some instances.

Mother nature can be a great guide, more so when it comes to the very earthy and natural styling of Atelier Ayesha: The Alchemist of Dusk DX‘s art. Visually, I liked the push for more natural tones and elements, with backgrounds often having a plant or something green and vibrant to play off of the dimmer browns and dulled greys. Likewise, the character also follows this theme with their costumes being mostly earthy tones and decorated with vibrant flowers or something to act as a pop of color. However, the two things I want to address regarding this take are many of the various world locales tend to blur together at some points, alongside the fact the character’s mouth motions don’t always match the words being said at the end, early, or after the words are already finished. 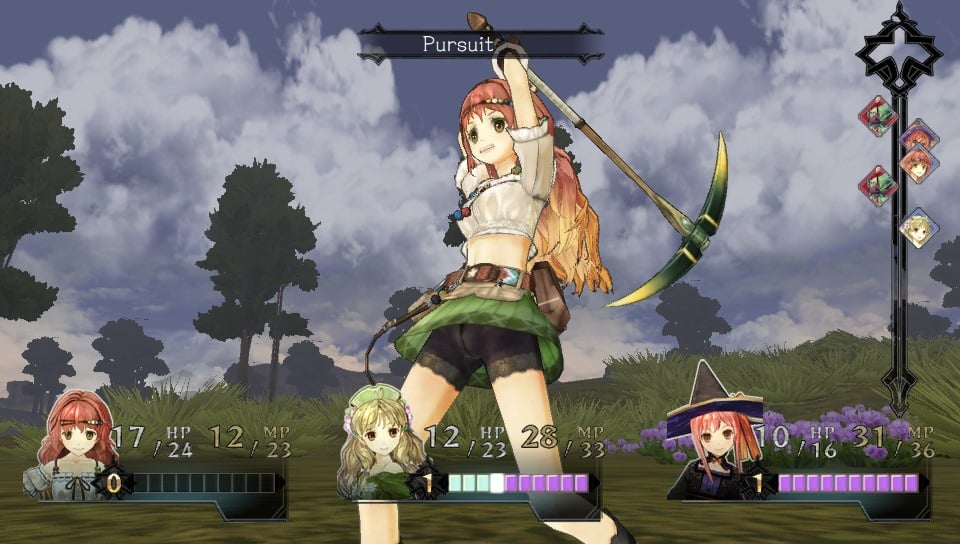 Striking up a grand showing was pretty easy for the soundtrack across the board for Atelier Ayesha: The Alchemist of Dusk DX, sporting one of the rare times I feel some more classical notes might have aided the soundtrack. Musically, the soundtrack took me by surprise, as it did not stick to a normal focus of classical notes, instead opting to go for stuff like the xylophone and adding more traditional flute and wind instruments as background accompaniments. The sound effects here were also fairly balanced, mostly in the way of keeping a fair balance of true sounds to the musical notes of the soundtrack. 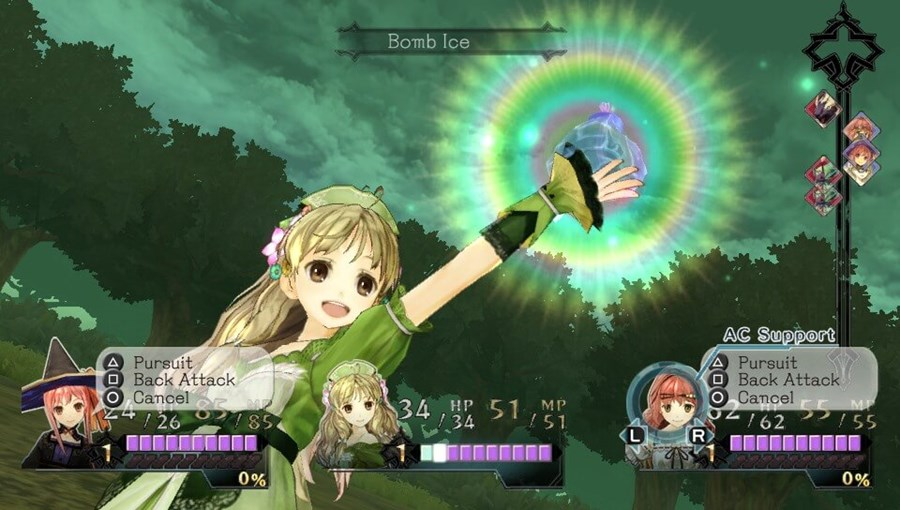 As one adventure ends for Atelier Ayesha: The Alchemist of Dusk DX, we are left with an RPG that falls into this area of many good ideas and concepts but not always the proper execution to see them through. The focus on a singular story with multiple branches, time-oriented and alchemical focused gameplay, fast and small-bite style combat, earthy focused visual-styling, and a soundtrack that plays more like a ballad of nature make this game fun and interesting as a trilogy opener.

DarkLunarDude gives Atelier Ayesha: The Alchemist of Dusk DX a Drastik Measure of 7.9 out of 10.0 (79)

For the price of $39.99 on steam, I can recommend Atelier Ayesha: The Alchemist of Dusk DX as an RPG to those seeking a good time and a challenge but this does come with an asterisk of sorts, mainly being that the story will not grip every player and could become a slog at points.