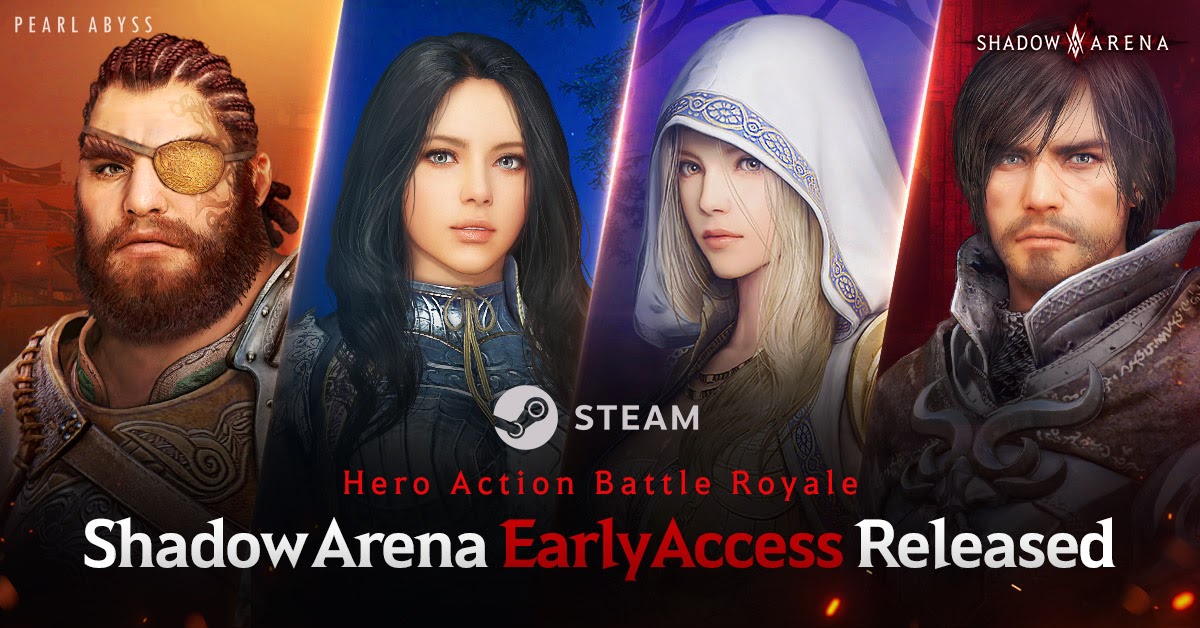 MANHATTAN BEACH, Calif. – May 21, 2020 – Today Pearl Abyss’ free-to-play hero action battle royale, Shadow Arena, launched in Early Access on Steam ahead of its full release later this year. Based in the Black Desert universe, Shadow Arena pits players against each other in a massive, all-out brawl where players fight it out with powerful magic and weapons. Take down fearsome monsters and collect valuable loot to gain the advantage and become the last champion standing.

During Early Access, there will be 10 heroes available to play, including Jordine Ducas, Orwen, and Badal the Golden. New hero Venslar introduces a new combat style that can be very aggressive or very defensive. Players can enjoy the tactical gameplay by choosing to focus their skill sets on either style of gameplay.

“Shadow Arena is a testament to Black Desert’s amazing and dedicated fanbase, a standalone game that lets fans experience this universe like never before,” says Kwangsam Kim, the lead producer of Shadow Arena,“During this Early Access period, we’ll be listening closely to player feedback and perfecting it for launch.”

Early Access will also include Beta Seasons, where players’ results in ranked matches will be recorded so they can compete to achieve higher tiers and ranks. Top players will earn prizes such as special hero skins when the Beta Season ends. Pearl Abyss plans to support the competitive aspect of Shadow Arena through events and tournaments. More information about these events will be announced in the future.

Best known for the MMORPG franchise Black Desert, Pearl Abyss is a leading developer in the game industry. Established in 2010, Pearl Abyss has since developed Black Desert for PC, mobile and console, and Shadow Arena for PC and console. With all their games built on their proprietary engine, their games are renowned for their cutting-edge graphics. The company also is developing Crimson Desert, DokeV, and PLAN 8, and is poised to continue its growth through 2020 and beyond to maintain its position as one of Asia’s leaders in game development. More information about Pearl Abyss is available at: www.pearlabyss.com.