Take to your battle stations and grab your mouse and keyboard and Joy-Cons…Missile Command: Recharged is coming to Windows PC via Steam and the Nintendo eShop on May 27th!

Based on the beloved arcade classic, and here just in time for its 40th anniversary, Missile Command: Recharged delivers a visually captivating, deliciously difficult experience expertly designed for play on modern devices. This new game from interactive entertainment producer Atari is a reimagined and, quite literally, recharged take on the iconic arcade game, Missile Command. 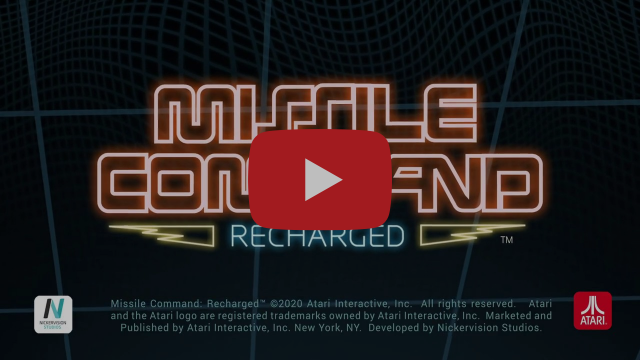 Protect cities from devastating aerial missile bombardment using all-new power-ups, defensive measures, and an arsenal of special counter-missiles. As a 21st century reimagining of the beloved original, Missile Command: Recharged appeals to those that fondly remember playing the original or its many iterations, and a whole new generation of gamers that are looking for fast-paced, arcade goodness.