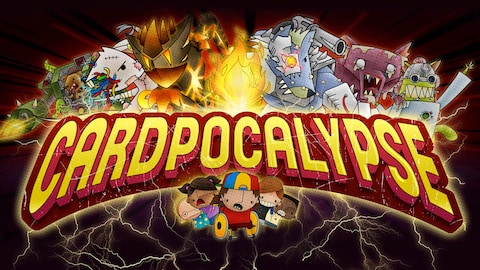 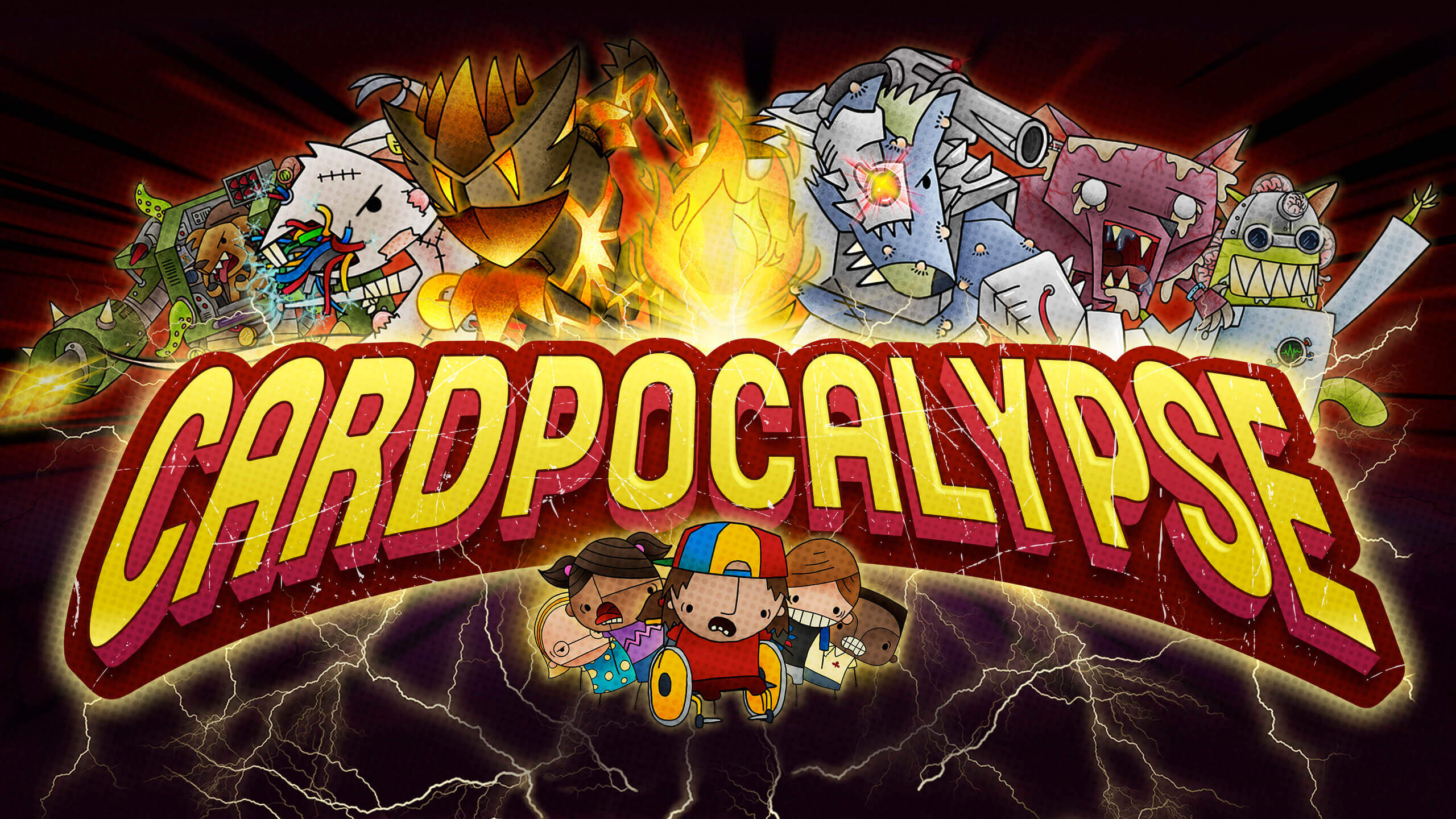 The folks at Gambrinous really love their card games. Guild of Dungeoneering, their debut Steam title, marries dungeon crawling with a card-based dungeon building system, and between the charming audiovisuals and unique gameplay, it was an absolute delight.

Cardpocalypse sees them continue with the card theme, but ditch the roguelike aspect entirely, in favor of a more standard card game battler with its own twists. It is a primarily story-based game where you play as Jess, a 10-year-old girl in an elementary school world with a 90’s-style aesthetic. The kids at school are obsessed over the in-game card game Power Pets, playing it in relative secrecy. Until, on Jess’s first day at her new school (which is pretty railroaded and serves as a tutorial, granting you a slightly more powerful deck), she gets into a fight with a school snob and ends up getting the game banned.

Never mind that, though! Despite the teachers confiscating the cards, you (Jess) are given some starter cards by one of the friends you make on the first day of school. It’s still a start, and from there, the game really begins proper, with you completing missions and engaging in card battles with other kids (which are secret and underground because the game is banned, remember?) in order to gain new cards and make your deck stronger. From there on, though, the plot continues to progress in far more startling manners (with the mysterious lightning and purple goo on the first day being a startling hint that something sinister will happen); but that won’t be spoilt here. 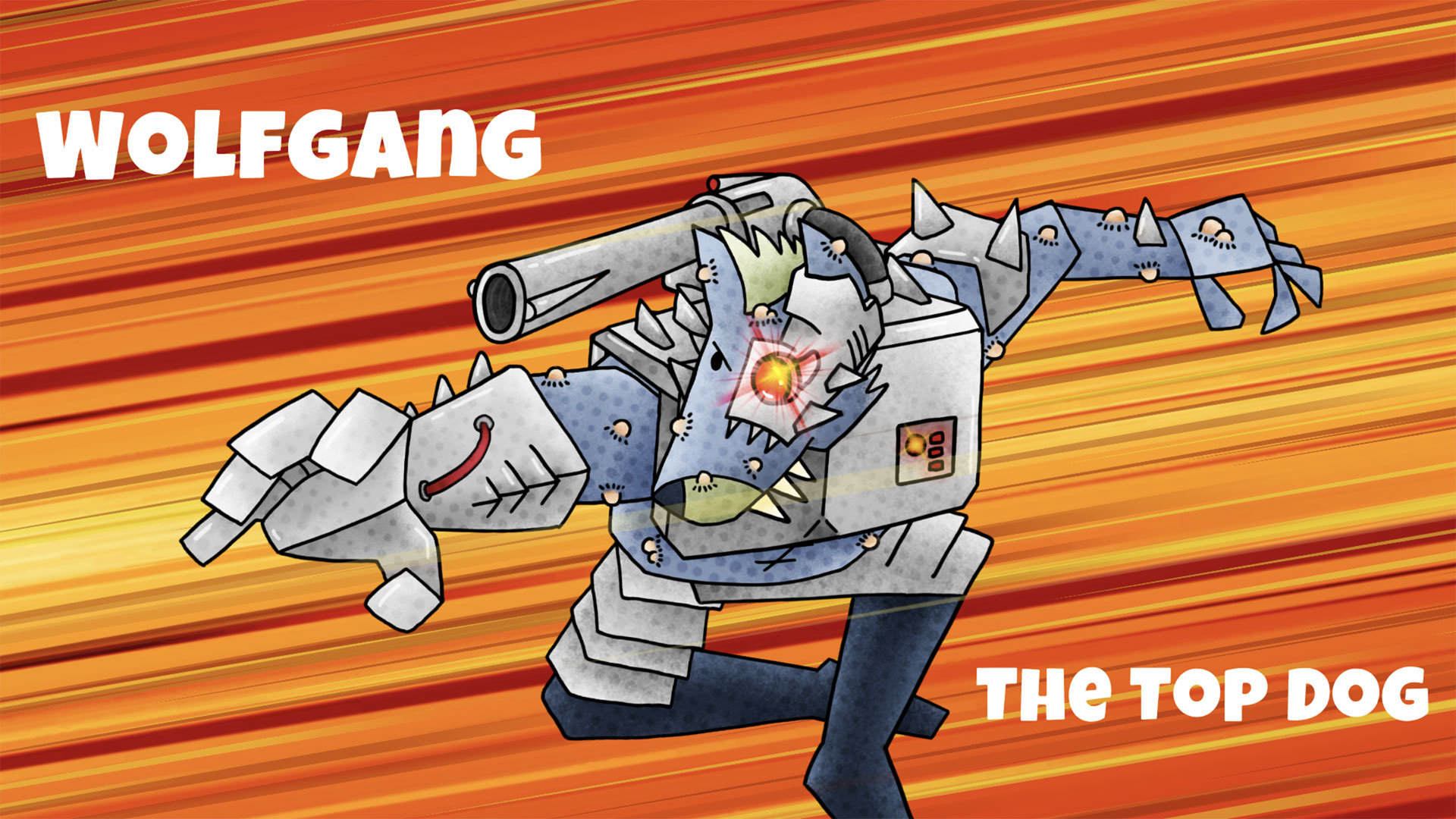 I’d be hard-pressed to find people that have not at least tried Hearthstone out, and Cardpocalypse hits them with a huge wave of familiarity. Champions that must be defeated in order to defeat the opponent? Check. Cards that are exhausted on summoning (except specific Charge cards)? Check. Taunt units (called Defenders in this game)? Check. A lot of the mechanics can be mapped to an equivalent in Hearthstone, meaning that veterans would find it really easy to jump in.

Other standard mechanics include a Food meter (mana in Hearthstone) that increments by one every turn, determining what you can play on a given turn. There are two game difficulties that affect this — Story difficulty, which is focused on the story, starts you out with 2 Food and allows you to skip some tough battles; then there’s Challenge difficulty, which starts you out with 1 Food instead. Decks must have 20 cards and a Champion, no going over or under.

As I’ve mentioned above, the starting bit is railroaded, and you have a decently powerful deck of Woofians, one of the four factions on the game. When the first day is over, though, you get starter decks for all four factions and starter champions. Cardpocalypse mirrors real-life in that you can trade cards and snacks for other cards, challenge other kids to duels, and…err…get bullied, I guess. Some of the memories that the game brought up were rather traumatic, as I’ve never quite had the most smooth-sailing of school life — though there are bits of humor in the dialogue here and there to make up for it. 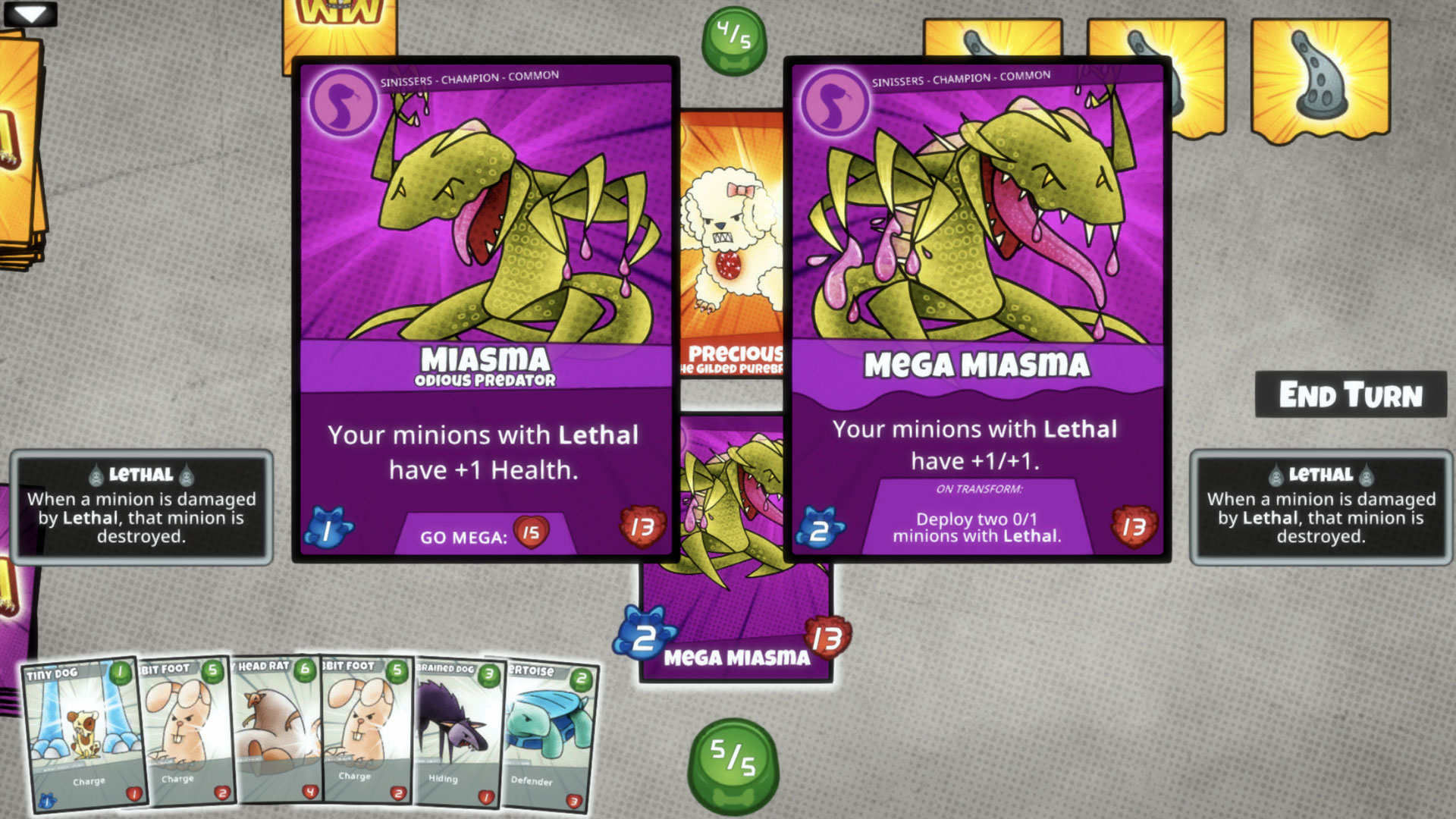 But I digress. Your starter cards are all grey color, and can be used by any faction decks; however, there are cards of the faction’s colors that can only be used by those faction decks (green can only be in a Meowtants deck, orange can only be in a Woofians deck, etc.). The four factions each have a defining characteristic about them though they are not strictly limited to it. Meowtants have a Charge-based playstyle, Woofians are focused on Defenders, Sinnisers’ strength is in their Lethal cards, and Pipsqueaks overwhelm you with Swarm abilities that give a boost to minion attacks when a new minion is played.

Having always hated the whole Exhausted mechanic in general, I found myself gravitating towards a Meowtants playstyle that boosts my Charge summons, but the game doesn’t lock you into it as a result and allows you to try out other decks — in fact, I’ve also amassed a bunch of cards from other factions that allow me to try a different style, for example, Tock the Time Warper, a Pipsqueak champion that has Swarm, but his ability changes to granting all minions Charge when he becomes Mega.

Right, I gotta explain the Mega bit — it is a neat mechanic where the player that is falling behind gets a slight chance to come back into the round. When your Champion falls to or below a certain target health (usually 15, which is half of the starting 30), it powers up and becomes Mega. When that happens, some abilities then trigger, and its attack increases, and sometimes these can turn the tide of battle in your favor. 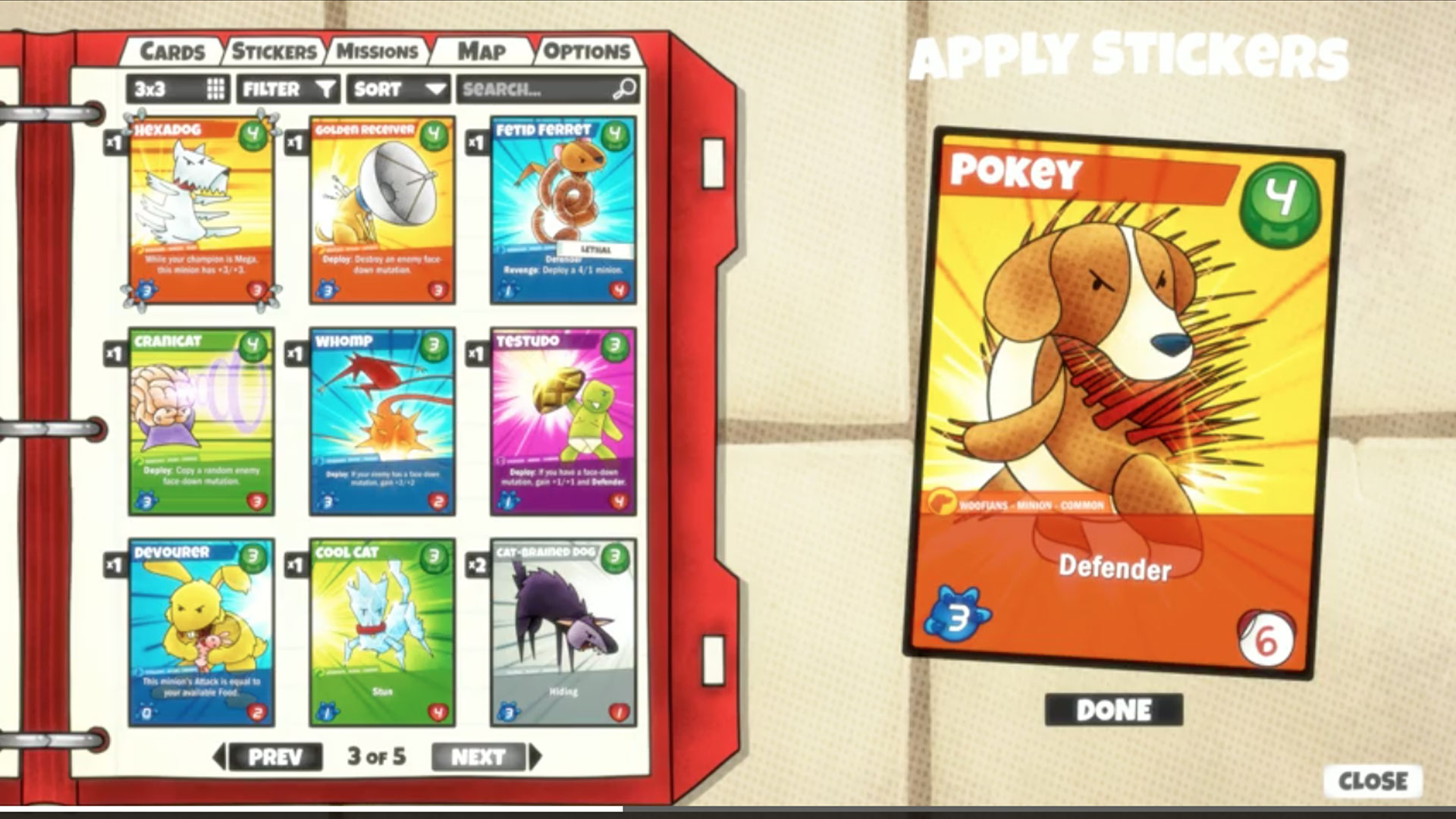 Cardpocalypse differs from the more serious card battlers in that there are a bunch of subversions. Game rules can change slightly, later on, and as for the most prominent aspect that you’ll encounter rather early, the children will take to vandalizing the cards with stickers. Uh. Stickers will grant cards additional abilities, more health, attack, and even allow you to rename some cards to personalized names.

On each in-game day save for the first one, there is a lot to do, in terms of story missions and side missions. The school is rather big, so there’s a bunch to explore, though the rooms are locked off until you get missions that allow you access to talk to the people within. Missions can give you a bunch of rewards, from more cards to more stickers to vandalize, ahem, I mean buff your cards with. The game supports multiple save files so you can really save-scum if you made a mistake somewhere and want to do it again.

Although the game is replayable in that you can pick different dialogue and end-day options (at the end of each day, you can hang out with one of your friends, but you can only pick one), the bulk of the replayability appears to stem from the upcoming Gauntlet mode, which is now in beta. Pick a champion (most are locked, and I guess the rest are unlocked by playing the mode), play a series of increasingly tougher battles, pick rewards to boost your deck, and keep progressing onwards. Rule changes are also tossed into the Gauntlet every now and then to keep you on your toes. 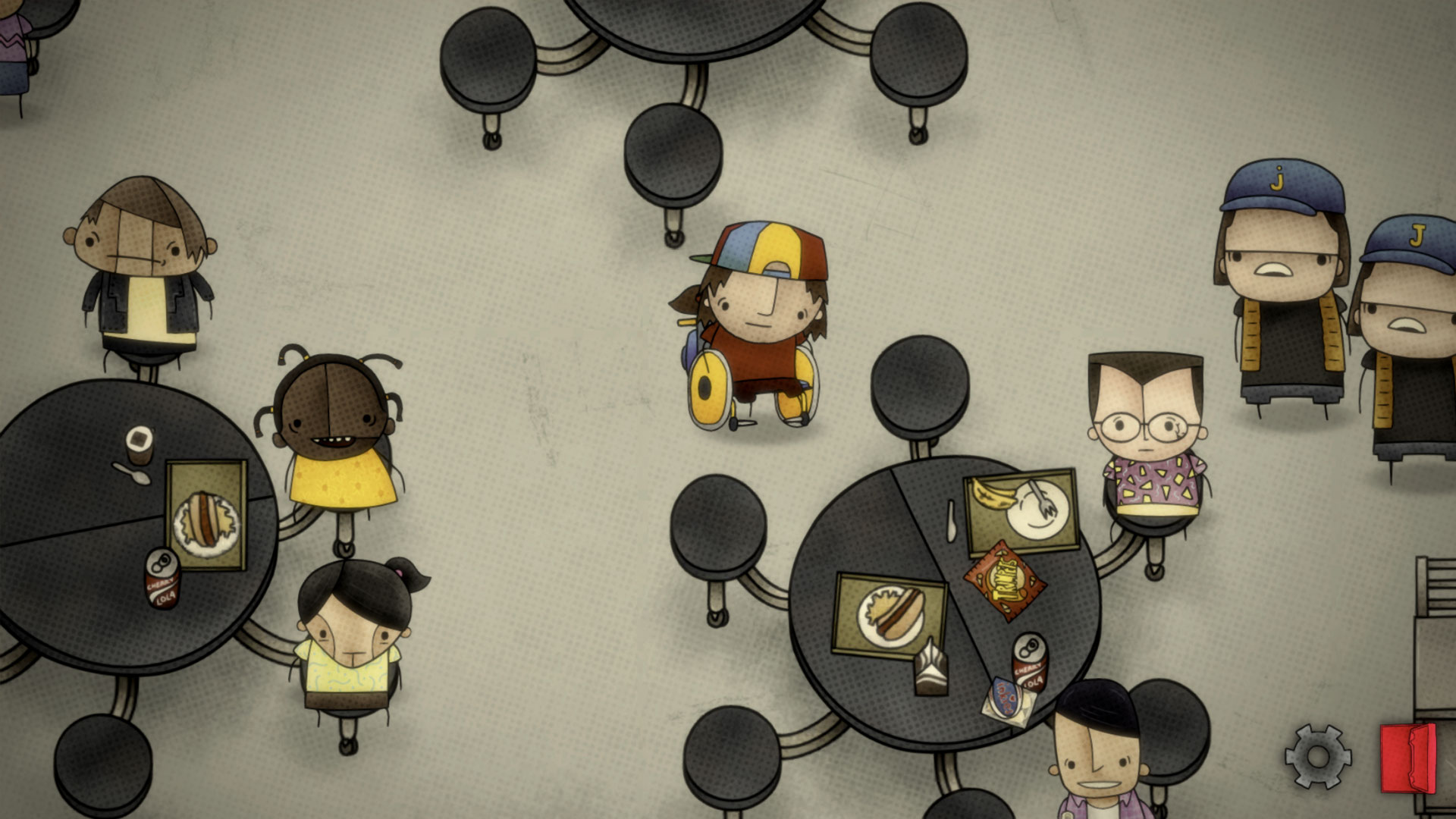 Sadly, Cardpocalypse lacks an online (or even local) multiplayer mode. It’s a card battler, for goodness sakes! I get that multiplayer is a rather tricky affair to code, but card battlers really scream multiplayer; it’d be terrific to see how my deckbuilding prowess stacks up against others.

Notably, the world has a very faint sepia-ish effect to it, as befits the 90’s style. I’m not entirely sure what to make of the character artstyle, though. It’s a very stylized one that, at times, evokes (to me at least) the modernist traits of Picasso’s works. Some characters like Jess and Jacob look relatively normal, while others have incredibly weird-looking faces. It’s definitely a rather acquired taste.

The soundtrack fits the world great, though. Having moved on from Steve Gregan (who did the soundtrack for Guild of Dungeoneering) to Tommy Buckley, there is a tonal shift in the soundtrack, which for the most part, is rather unobtrusive, yet pleasant to hear once you’re focusing your attention on it. The intro song is a fun throwback to the cheesy music intros of 90’s TV shows (Power Rangers comes to mind). 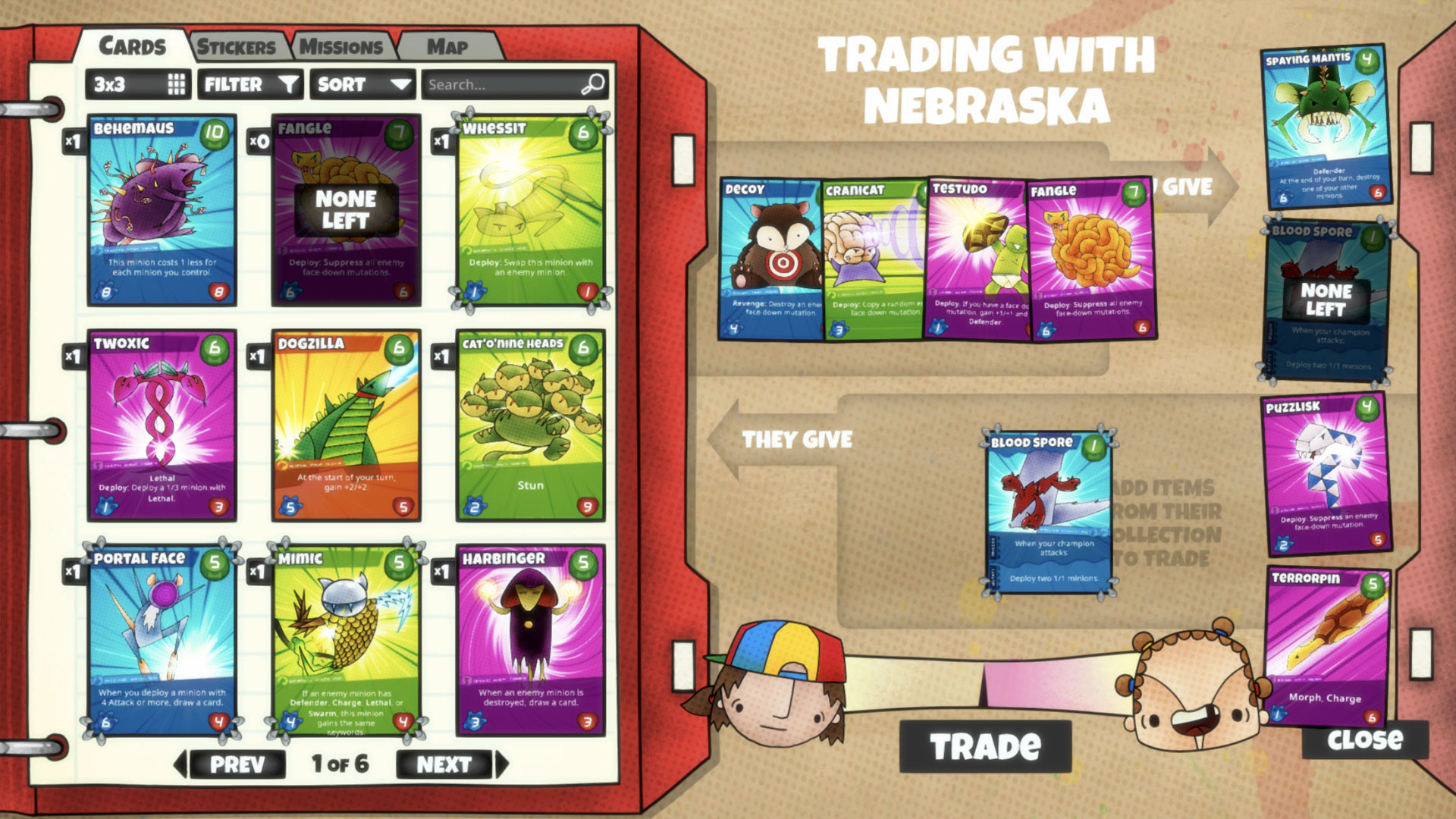 Technically speaking, Cardpocalypse performed rather well, with almost no noticeable hiccups. Other than from one battle in Gauntlet mode where the enemy, despite having Lethal, the concept of having enough damage in order to win a battle, did not kill me off and instead let me win. Sure, I’d be thrilled to continue my run a bit longer! Granted, while I appreciate these misplays, I’ve seen from past experience (Nowhere Prophet, for example) that people really feel it breaks the immersion somewhat.

While we’re on the subject of the Gauntlet, I know that it’s still in beta, but the autosave system leaves much to be desired. It saves at a rather wonky interval, and to my chagrin, I’ve observed a need to replay a battle if I quit out to the main menu and then continue my Gauntlet run. Hopefully, while the mode is still in beta, there’s room to fix it.

I also was not enamored with the mouse movement, which is rather fiddly. I don’t particularly appreciate clicking too much, rather holding my mouse down to move, but the movement is rather jerky. Moving with the keyboard is not much better, either.

The elephant in the room, though? It’s currently an Epic Exclusive. Granted, the additional money will no doubt have made it a better game, and I recognize that the Epic launcher’s lack of bloat is at times beneficial, but I feel that the game would benefit from Steam features like forums for gameplay discussion and user-made guides.

Cardpocalypse is currently available on a wide variety of platforms — Xbox One, PS4, Nintendo Switch, Apple Arcade, and Epic Games Store, for $24.99 (different regions may have lower prices on Epic). The soundtrack is available as a $7.99 purchasable add-on on top of that on EGS; it is also purchasable as a bundle deal with the game itself. Steam holdouts will have to wait until roughly September in 2020 to get their hands on the game.

Honestly speaking, the current price is a bit on the high end; I’d suggest waiting for a 20% discount (so about $20) at least. At that price though, it becomes a pretty fun romp that will only get better replayability-wise. (Alternatively, though, if you don’t mind the idea of playing it on mobile, Apple Arcade costs $4.99 a month to subscribe, and the game is short enough to be finished within the month.)