Every good game finds a niche, be it small or large. Planet Zoo has found its niche, and it’s sitting very comfortably inside. This type of game has been waiting in the wings since 2008, when the last expansion for Zoo Tycoon 2 came out, which this game is very much a spiritual successor to. Planet Zoo has quickly found its way to the top of my games list, and I play it at least once a week. 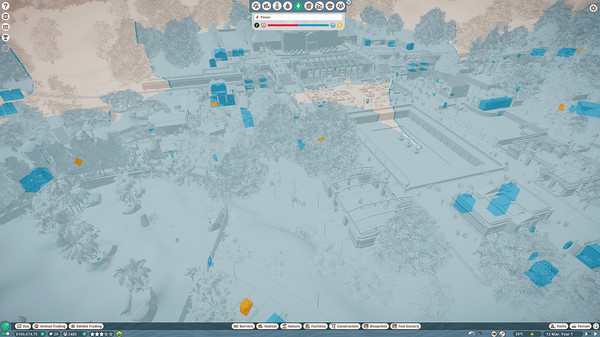 The game has four modes, career mode, which they give you premade zoos and tasks you have to complete inside them, such as adding a hippo habitat or making habitat happiness for all the habitats above a certain percentage. Following career mode is challenge and franchise modes. Both follow the same format of flatland with nothing pre-built upon it that you can do anything with, the only difference being that in franchise mode, you have to be online and trade animals online to other players. This can get kind of boring after you have built your third or fourth zoo as you don’t really have the money to terraform the map at the start. Last but certainly not least is creative mode, one of my favorites, where you are given the same exact park as in the challenge mode but given unlimited funds in order to build as you please. Most gameplay in all the modes will be the exact same, build a habitat, add enrichment items and foliage, then building for your staff, and oh, don’t forget shops for your guests and donation spots, then rinse and repeat. The variety comes in what you are building, do you want to have a town sitting on the cliffs over a lake, or maybe a large temple that houses your Indian elephant, or maybe even a safari lodge for an adventure tour ride. 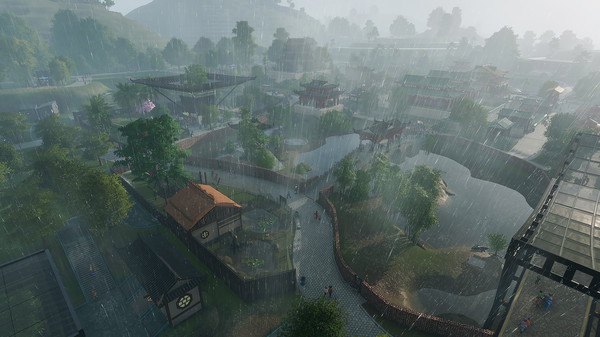 Planet Zoo has plenty of animals but is lacking in the animals from Europe and the Americas. Many in the community expect to see this rectified with DLC. The animals I see most often in zoos as big-ticket items are lions, tigers, and elephants. Most of the game has a perfectly balanced market until you reach franchise mode. Frontier tried to replicate how zoos in real-life trade animals between them to help promote genetic diversity. Unfortunately, all it led to was exorbitantly high prices on the rarer animals such as the Indian rhinos, pandas, and strangely ring-tailed lemurs of all things. In order to combat this, many players, including myself, have taken to making breeding parks, something I’m actually quite embarrassed about. This just inflates the price of animals even more and makes conservation credit, the currency which you buy animals from other players within franchise mode, heavily inflated. Frontier has tried to combat this by putting up animals for sale giving you a price they think your animal is worth based on their four stats, but these prices are often much much lower than what the animals actually end up selling for, an example, I sold a near genetic perfect lion for a good couple thousand, the suggested price, three hundred and forty-six credits. People in the community have tried to combat this by pledging to sell the animals at suggested prices, or even lower, but animals like this get bought up fast, let alone the supplemental animals frontier sells for cash, not cc credits. 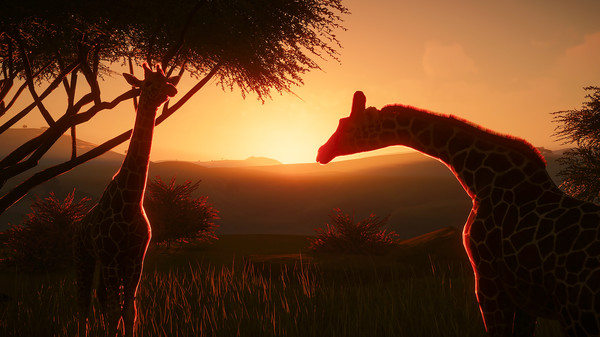 While the gameplay is a major part of the game, what really tied everything together is just how beautiful the game looks, I run it on medium graphics to improve performance when you end up with thousands of guests in the park, and it still looks gorgeous. Planet Zoo has its own camera mode for taking screenshots, and honestly half the time, I find myself trying to get the perfect photo, be it my elephants playing in the water or my zebra standing in the shade. Some of these animals are seriously photogenic. It also manages to keep a style to the game that feels it’s own, even with being able to create any building imagined. Each asset set for building felt unique, and when combining all the pieces together, I felt as if I could create anything if I were any good at building. That is one of the areas where the game is lacking a bit, well it has excellent tutorials for how to build habitats, or take care of guest needs, it lacks any sort of tutorial for building other then here is the basic controls. Much of what I learned in terms of building has been by watching videos from the community. Deconstructing builds from the workshop, or experimenting myself, not always with good results. I’m pretty sure my first few buildings counted as giant boxes.

Planet Zoo has found its niche with its stylish design and excellent gameplay. While having a bit of a rough and bumpy start with its market system, the game feels incredibly complete and very enjoyable; half the time I don’t even want to put the game down. With all the game offers and its large community of creators already hard at work building items for the workshop, this game has something for every fan of the simulation management style games.