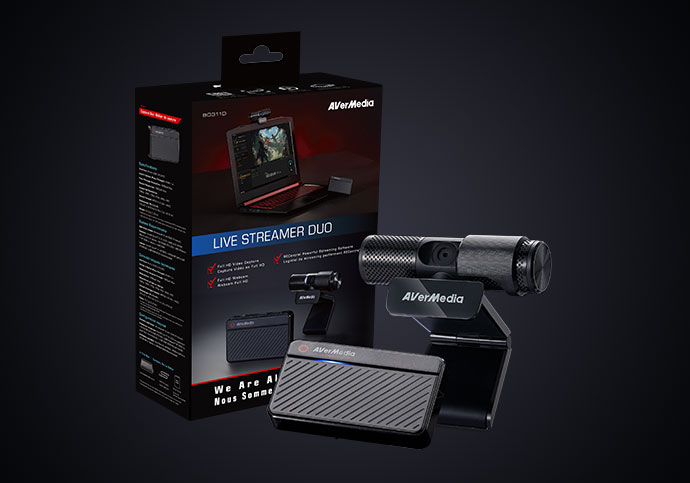 When you are a content creator, you would love to have the best quality streams possible. Some people believe it’s the production of your stream, some it’s the audio quality. A lot of different content creators believe that you need great hardware to achieve both! I believe it starts with the content creator, even starting to produce content and gradually upping the game by getting new things to enhance the eye and audio. AVerMedia came out with the total package by releasing the Live Streamer Duo.

AVerMedia produced this hardware called the Live Streamer Duo, which is a capture card and webcam, and they are targeting beginner streamers by giving them an ability to get the ball rolling by making a bundle. The price point for this bundle is going to set you back around 149.99 USD. Is the price point worth getting two pieces to start streaming? Let’s find out. 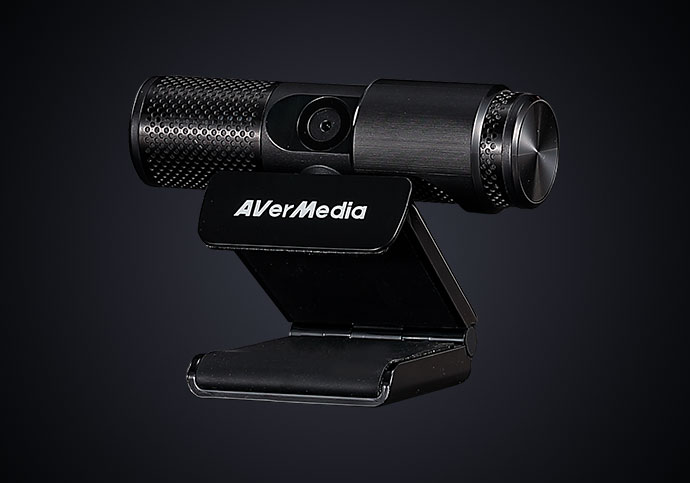 As we take a look in the box, we are greeted by the webcam, which is the AVerMedia 313 1080p webcam. The webcam build quality is pretty solid; I mean, the cam itself feels heavy duty like hard plastic. The stand, however, feels very cheap and light, like it could snap. The fact you can mount it right on your monitor is great, and the ¼ inch hole that you can mount it on a boom arm or tripod is a nice touch as well.

What I love about this webcam is the fact that it comes with a privacy slider so you can slide the privacy screen over the lense if your the type of person who thinks everyone is watching them sleep at night, or you need to hide your cam feed for some reason quickly. When you slide the privacy screen out of the way, it locks into position, but when you slide it to cover the lens, the cover is loose and could move, so it is not covering it anymore.

This unit also has two microphones on the webcam itself. I would not recommend using those microphones much like other webcam microphones even tho they are handy if you have nothing else better to use, such as a headset with a microphone or a USB microphone or even an XLR microphone. The microphone on this device you hear a lot of background noise, and the audio quality is not there. If this is all you have, then the onboard mic can work for applications such as Skype and a conference call, but basically, any other mic will have better audio quality. If you are doing content creation, do not use this mic.

Another thing to note about the webcam is there is no way to zoom in or out, this may be an odd feature to mention, but I thought it was worth a note. I tried one of the advertised features and discovered that the built-in filters do not work for me. I downloaded the programs on multiple computers and tried everything I could think of, and the feature was not available. This camera washed me out and did not keep true colors. However, for my Co-Streamer, it does a good job of keeping the colors true to life and not washing them out too much. The camera works best in a well-lit setting and can become grainy when lower lighting is used. 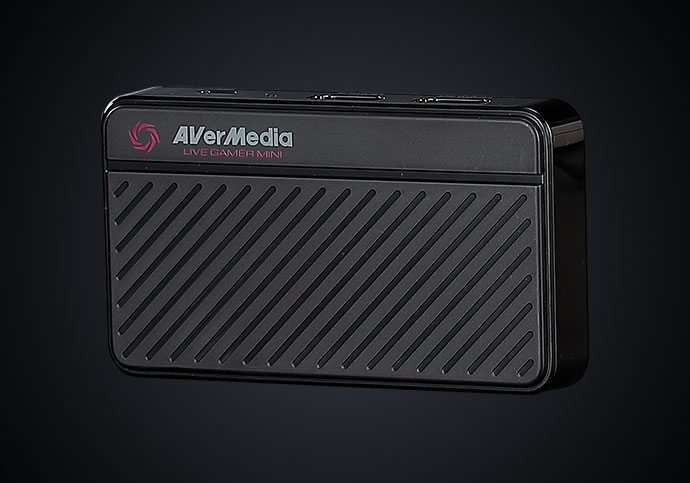 The capture card, which is called the Gamer Live Mini, at first looks really sweet. It has a very nice shiny black coat that makes the device really pop. The issue with the glossy finish is that it’s a fingerprint magnet. Opening up the box, you have the device itself and a nice long braided cable that hooks up to the mini and the computer via USB 2.0. Most capture cards in this day and age, such as the Elgato Hd 60s capture card, are a USB 3.0. This is not a game-breaker; however, I feel that the capture card should be able to have this feature. The build quality of the device really concerns me. The build looks solid but doesn’t feel solid. The device feels like a very light cheap plastic that if I were to drop it, I feel that it would break easily.

Hooking up the device is pretty simple; you have HDMI In and HDMI Out ports and a power adapter port. You know the device is turned on cause you are greeted with a nice blue LED light indicator. I tested this out by hooking up my Co-Streamers display the same way I use the Elgato in my current set up, and it was eventually flawless. The first couple of times, I had some issues. One of these issues involved my computer not recognizing the capture card at first. I had to do some troubleshooting and eventually got it working. I tried switching out HDMI cables and had similar results. At one point, I even searched on google to see if people were having similar issues. Some people were, and some people were getting it to work first try. That being said, all I did was restart my computer and tried it again after the computer restarted I unplugged and replugged the device back in and checked OBS. When I switched the settings in my OBS to the capture device, I was instantly greeted by her window display.

I even went a step further and tested the two capture cards by using both as a cam link. In my current setup, I have multiple webcams when I stream. I also have a couple of cams that I use for when I do my IRL convention streams. The cams I used in my IRL set up are the Sony Action Cam and the GoPro Hero 7. Both cameras have a clean HDMI output to be able to be used in these capture cards. I tested the Elgato in this stress test, and it worked flawlessly 1080P 60 FPS on both cameras, did the same thing with the Gamer Live Mini capture card ended up getting an error saying it can’t be recognized. I did a stress test again this time at 1080P 30 FPS again Elgato pulls ahead works fine, AVerMedia not so much. Fair enough, this was not the main point of the review just thought I would throw a little bit more information.

As a whole, the capture card is pretty solid. I wish the card could sit on my desk when I have the plugs in, as is it seems that it just levitates by the weight of the HDMI cords. I managed to devise a quick fix by using velcro to make sure the card sits on my desk as intended. There are some things I would change about the device that would make it a solid capture card. One thing I would change is the build quality of the device itself and maybe make the device a matt black instead of something glossy that attracts fingerprints. I would also like to find a way for the capture card to sit firmly on my desk without it being lopsided due to the weight of the HDMI cords.

We’re going to score each product individually, and then I’m going to give it a combined score.

All and all the Live Streamer Duo is a pretty solid bundle for any beginner content creator that’s trying to record or stream their video game content. At $149.99 (at the time of this review), the price is not bad for getting a capture card/webcam combo. This is nice for someone who’s getting into the game with a small budget that just wants to get their streaming content career off the ground.