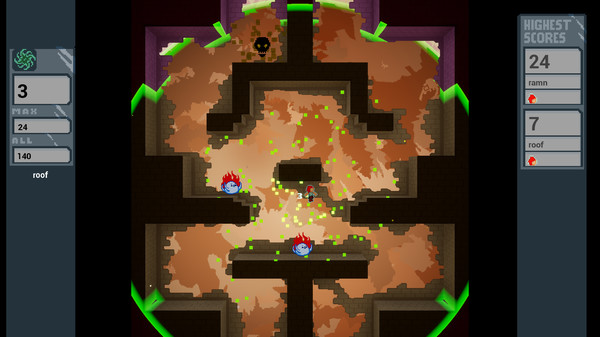 Warp Through is a fun little arcade-style game where you have to survive the onslaught of spawning enemies. You start the game as Charlotte, also known as Red, who explains that the world was overrun with monsters and has become incredibly dangerous to leave the house as a newspaper article states before getting to meet the other characters you get to play as later on. Each character has a special way of attack, but the aim is the same for each character, dodge and defeat the baddies while getting into the portals that spawn. The end goal is to defeat the monsters and stop the invasion through teleporting from dimension to dimension, meeting interesting characters along the way. On paper, the game seems really easy, but it gets hectic fairly quick, and with some of the levels being more complex mixed with the fact you have to stop dead in your tracks to make any attack, you can quickly get outnumbered and swarmed. 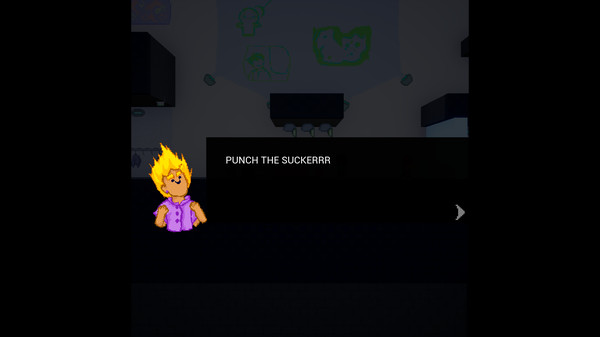 I love the visuals they went for in this; it makes you feel like you’re actually playing at an actual arcade cabinet with high-scores on the right and current run on the left, though when you’re outside of the level it’s just blank which is a shame. The art style of the characters and levels are simple but clean with a 32-bit feel something I could see being on something like the Super Nintendo or the Sega Megadrive and yet still feeling modern. The style does mean that the actual player models aren’t very defined besides the cutscenes where you see each character in better detail, but you can still tell each one apart from the color pallet. 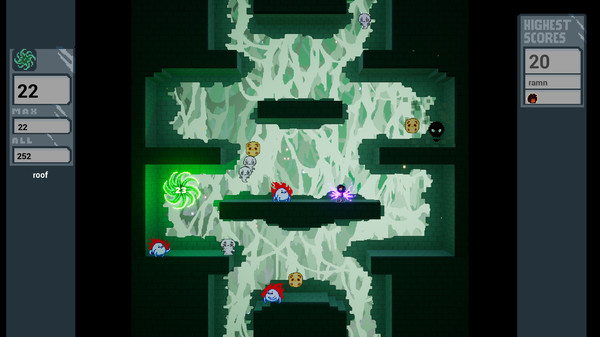 As for the soundtrack, it fits well; there’s a simple beat in the main house where there’s little going on. As you go down into the basement, more electronic feeling music picks up when you’re around all the technology and main portal; then, when you jump into the level, there’s a simple beat to fill the silence. Then you start, and each dimension has its own music, which weaves into one and another as you progress further and further. 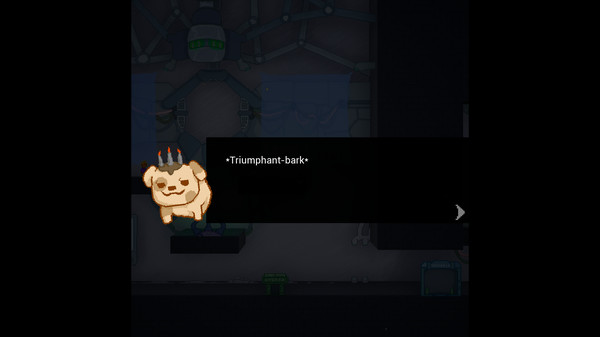 There are a couple of small things that are a bit of a shame, though; the game is very short, only eight levels, and the replay value is in the multiple difficulty settings you can unlock by completing previous difficulties. Yes, there are different endings. Still, I’m unsure if there’s that many to keep you interested long; there is also a glitch I’ve run into a couple of times where the screen just stays green after loading in so you have to play blind or reload the level. There is also an arcade mode where you can replay levels and get high scores and also a weekly challenge, but it’s only for online leader-boards so you might play once or twice before getting bored with it. The last thing is if you have a controller use it, there are options for keyboard play even with multiple local friends, but you’ll have a more comfortable time playing with a controller.

This game is solid the mechanics are good, and it is fun to play, but it just leaves you wanting more, it is so short and feels so same-y I did lose interest once the main story was done and the likelihood of me trying for other endings are kind of slim. But I can see others getting a lot of enjoyment out of it, the visual style does remind me of older games, and the music is well made, it can be very enjoyable if you have the patience to get used to the mechanics. Now the big question would I recommend this game? I don’t really know; on the one hand, you have a game with a good story and solid mechanics, but then a lot of people will probably only play through once or twice. At $10.79 or £8.36 on Steam, it isn’t overly expensive, so if you want a small but fun game to play, I would say grab it.