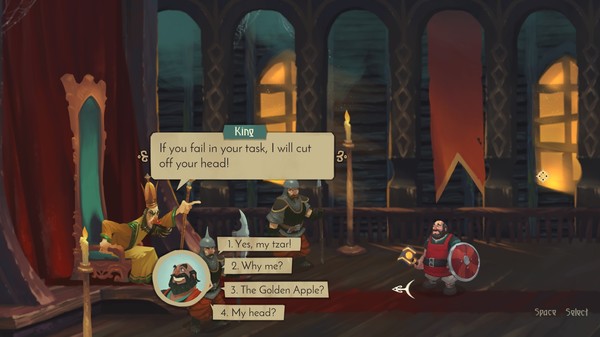 Yaga is an action RPG that puts you in the role of an unlucky one-armed blacksmith named Ivan. Yaga is based on Slavic mythology as you journey on quests from the Tzar and those of your village. Through the game, the player can upgrade his hammer and tools that act as Ivan’s missing hand to fight through monsters and bandits. Yaga is a simple but enjoyable action game that rewards players that not only survive but use the limited resources gathered to succeed though the randomly generated maps Ivan journeys though. 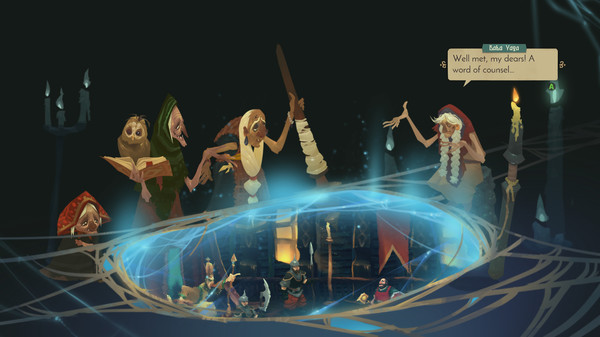 Yaga starts out telling how Ivan ran into bad luck and lost his arm by the narrator Baba Yaga. She is a powerful witch that guides and watches over Ivan though the game and gives the story more of a feel that Ivan isn’t in full control of his path. Ivan is given his main quests by the Tzar, and the side quests by the villagers in the town that have known Ivan all his life. His mother tells him of Baba Yaga and how to seek her out. The side quests given by the villagers are not useless as they normally give new tools or great rewards that really flush out the game more. Throughout the game, the dialog choices for Ivan have an ailment to them that not only can change the rewards you receive but the ending to the game. The ailments of aggressiveness, righteousness, greedy, or foolish don’t lock you into the choices you can make but can make your bad luck rise for not choosing within your ailment. They do a great job with this as not one ailment is better than the other. Bad luck is the unique mechanic in Yaga as being empowered by blessings, magic, or doing something increase this growing bar. Once it is full, you are hit with bad luck that can even break your weapon, tool, and more. It is the most debilitating effect of Yaga that makes you weigh your options as most benefits increase this. It resets when it happens, but it will rarely happen twice in one quest. It plays like a wildcard against you even when you plan carefully. 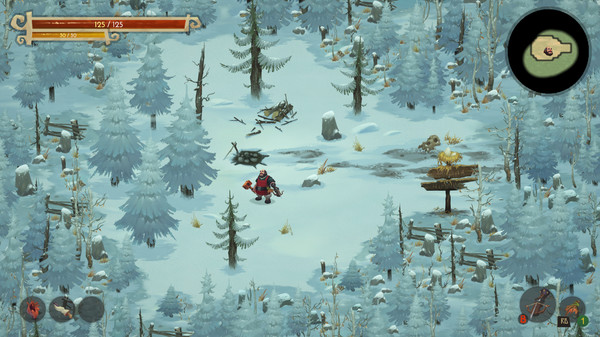 Combat can be seen as simple but very fast-paced. Mix it with weapons and tools you create from different ore and drops in the game, and you find a simple but rewarding crafting system. You can make multiple tools and hammers to swap out at will to have different options in combat. I loved it myself as it wasn’t complicated to learn the system, and I felt rewarded for using the resources I gather. The combat itself is very fast-paced as enemies are aggressive, and you have to be just as quick. The biggest key to mastering the combat is from knowing your tools and learning from fighting the simple but hard-hitting enemies.   Yaga takes the best parts of a rogue-lite when on quests with randomly generated maps, some events, and making losing all your health not game over but the loss of current equipment. Most events are smaller quests on the map that vary in danger and reward. Different events show up as you progress, so you don’t see the same ones over and over.  Yaga paces well though the story as you upgrade your anvil to make better weapons and complete quests for more variety of tools to create. Tools are as simple as cartwheel you can make into a shield; to a hook shot, you can quickly move or drag an enemy to you in combat. Stamina allows you to use these tools, but it acts as a shield to take hits. This recharges after not doing any actions in combat and allows for the player to trade hits when needed. In most of the combat, I found fighting similar enemies, and even when new ones did appear, the odd quirk of them didn’t matter as much. Combat normally went really good or really bad, with the enemy being aggressive and charging at me. It is balanced in a way with the types of enemies but always felt I was being attacked melee rushing directly at me while another attacks me at the range. I ran into too few encounters that weren’t this. It didn’t feel repetitive till near the end of the game, but I felt not many enemies pushed the limit as they did early on in the game. Bosses felt somewhat similar to each other as you mostly killed them the exact same way as the boss before it by dodging and throwing your hammer. Many times doing anything else would destroy your health in seconds. 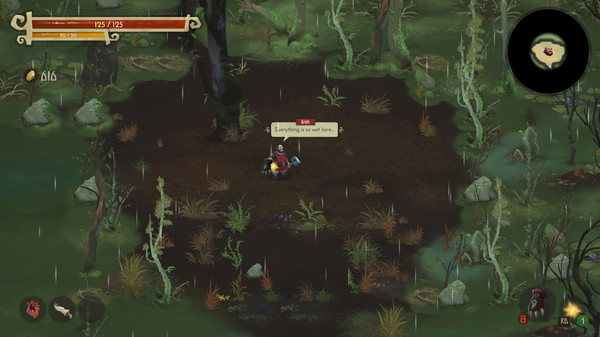 Artstyle, music, and story are where the game makes up for the flaws I just talked about. The art style gives a great feeling of the Slavic setting as if its from a book written of the folklore it takes place in. The music takes a different spin as the music is modern while using Slavic instruments, voices while still making it feel part of the game. I would argue that the music they do for the combat helps give it its high-energy feel. The music does change up from different areas slightly where it doesn’t feel like a bore to hear throughout the game. The aesthetics really do a lot for the game and for the fully voice-acted story. Every option Ivan says, and every minor event character is voiced. The story is mostly being a morality tale done well as the endings reflect the morality choices of Ivan. The Slavic setting and legends fit perfectly with the aesthetics given to Yaga. 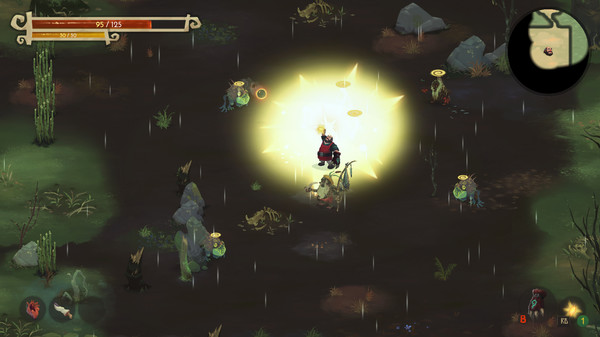 Yaga has some flaws from the combat being repetitive, but many of the flaws get overshadowed by the story, music, style with the simple but fun beat-em-up combat. Mixed with the tools help control the battle, Yaga provides a fun action game set in a setting that isn’t as widely used as it should be. I experienced no bugs, and the game ran very smoothly. Yaga is a game I would recommend to anyone looking for a new action game that enjoys the medieval fantasy-like setting. I do hope we see more games like Yaga as I feel it embraced its Slavic origins in not only the story but the music and art to give a great enjoyable game.

Yaga will be released on Steam sometime in 2020.

In Other Waters – PC Review