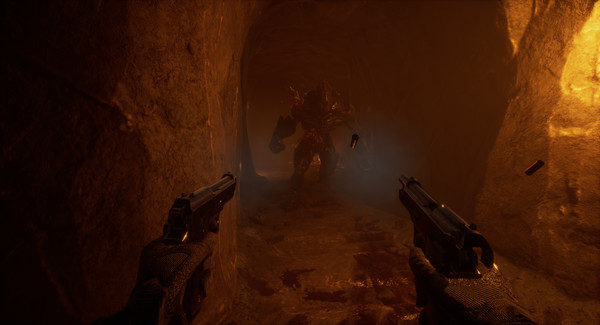 Project R.I.P. is a survival first-person shooter, and your aim is simple, survive! In terms of story, there isn’t much of one, so if you’re looking for an intense narrative, you won’t find it here, you control an A.I. Driven agent and fight against hell’s spawn in gradually increasing difficulty until either you die or they die. There are a number of weapons and other agents to unlock as you progress, which have different stats in terms of agility, health, and damage, but you still feel limited with some aspects of this game like the level maps. 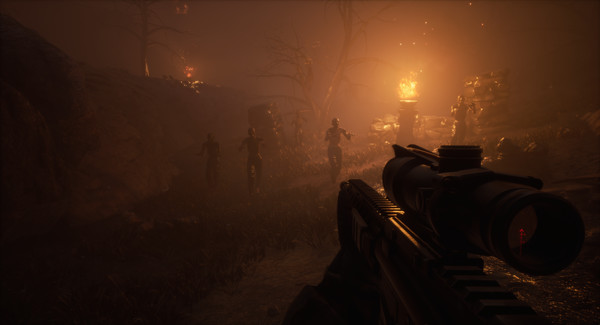 This game is very small; there are only four maps as of when this review is written, but I don’t have high hopes for future content. For the “missions,” there are three different maps, “Dead Awaken,” “Unholy Sleep,” and “Demons Lair.” “Dead Awaken” is a graveyard map with raised ground to make corridors and cluttered with graves and knee-high walls. “Unholy Sleep” is a catacomb with a couple of open rooms that feel way too small for their purpose. Finally, “Demons Lair,” which is a cave that has areas of lava running down the walls as lighting. Each map has the same sort of issues, so much fog you can’t see where you’re going, overly cluttered areas and corridors that can be completely blocked by a single enemy. Speaking of the enemies in this game, they feel like they came from the early 2000s and an afterthought. The first time going into the game when I saw what I think is a zombie of sorts, it looked like it had a bath in strawberry jelly. Then the others came; you have a spitter, which is an overweight mass with a broken neck that spews toxic green acid. There are the big guys, a tanky muscly guy — finally, an invisible demon type. Now when I say invisible, I mean there’s nothing to see till you get hit and then you waste bullets shooting around and hope you hit them, no way of telling where they are no hollow outline or particles nothing just random punches to the back of the head. The other two levels have the same enemies but the common small enemy isn’t the jelly zombie but skeletons. The skeletons in Unholy Sleep are just dusty skeletons nothing too interesting to comment about, but the ones in Demons Lair seem to be the skeletons from Elderscrolls Oblivion with bows, maces, swords and shields, they aren’t one to one replica’s but heavily influenced. There is also horde mode with one map so far “doomsday arena,” which is a colosseum like map with an onslaught of all the previous enemies in one place, and you must survive. The game says there’s going to be two more maps “hell awaits” and “minion massacre,” which one should have been released last month and wasn’t. 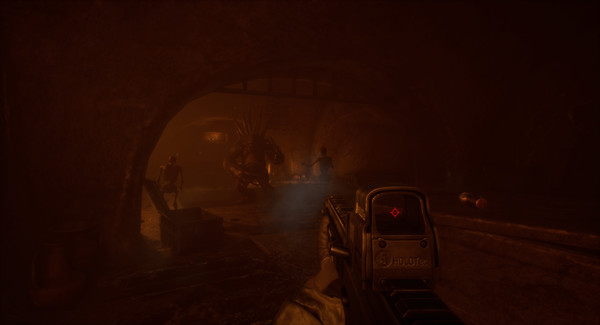 So let’s move onto the sound design of this game. The music in this game is the high point for me; it’s a hard rock soundtrack, a lot of distorted guitars, and a good beat to boot. The start menu starts with violins that slowly build up, and then a heavy guitar riff punches through, which actually sounds good. When you get into a level, there’s a separate track for the loading screen, then even more awesome hard rock pushes through to actually start the wave. The guns sound realistic; a pistol sounds like a pistol, a shotgun sounds like a shotgun, etc. I can’t really say much other than “Good job on the sound.” 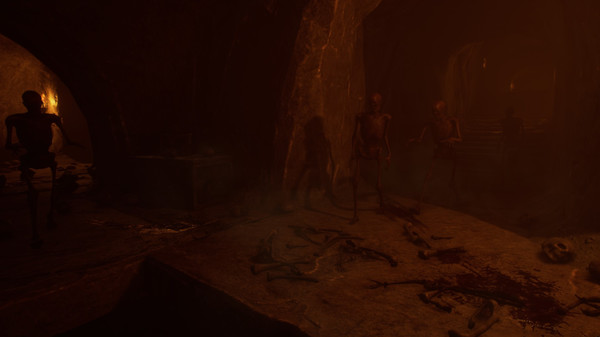 But here comes the complaints with this game, boy is it glitchy, I had several hard crashes to the desktop just trying to run this game, then there’s the fact I have to play a mission then restart the game because if I don’t, I get to play the slide-show version, lots of stuttering and freezing until I give up and restart, even on low quality it doesn’t run well at all. The levels are cluttered, and a lot of the time, I find myself stuck because I can’t jump over a wall that any normal game would let you walk over. The last complaint is this game has pickups, which are ammo, armor, health, grenades, speed boosts, radio signal things. Unfortunately, the grenades go off as soon as you touch the pickup instead of letting you collect and use them like most other games by throwing them. The speed boost feels like an actual sprint. Then the radio signal things, that if I had to guess, give you a little of everything and it is a guess because it’s not clear what it does at all. 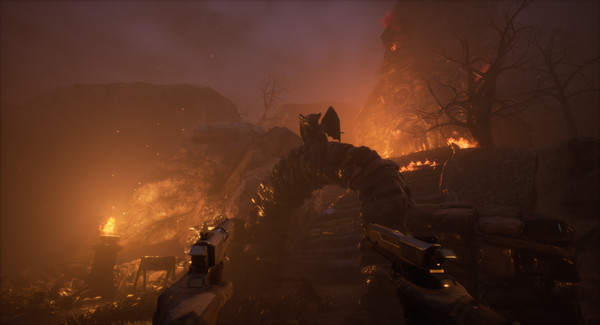 I didn’t have fun with this one, it bored me with its repetitive crashes and lag let alone the graphical issues and seems the only replay value is playing at a higher difficulty which you unlock by defeating the last difficulty and as far as I could tell the way they increased the difficulty is by adding one or two more waves and get higher on a scoreboard that’s about it.

Straight off the bat, I do NOT recommend this game at all; between the boring gameplay, glitches, and crashes, all this game did was bore and frustrate me. A game like this should be able to run well, at least. The only saving grace in this game is the soundtrack and reminding me of better games like Quake and Doom. At $13.99 (£10.99) on Steam, this game really is a RIP.