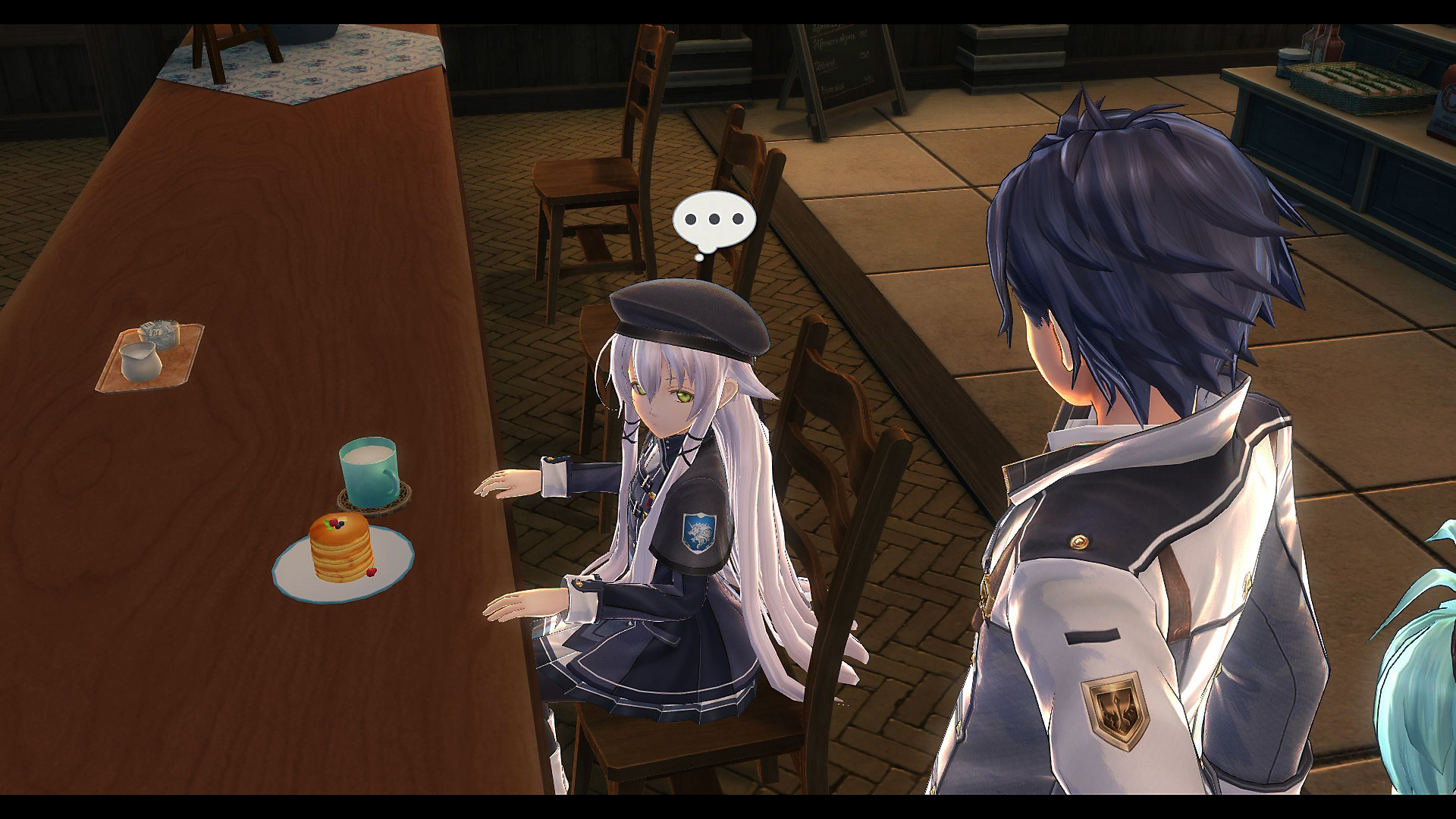 As someone who has looked at both of the previous entries into the Cold Steel line of Trails games, I find them to be easily some of the best JRPG’s I personally have gotten to experience, but they were not perfect by any means. This lack of perfection left a fair bit of what if’s the third game could expand upon, and with it finally here, it is time we delve into it to see if this game stands tall with its predecessors or sits back in a trail of dust. The Legend of Heroes: Trails of Cold Steel III is an action-adventure anime-themed JRPG developed by Nihon Falcom than later released NIS America INC. This new game follows up to the successful The Legend of Heroes: Trails of Cold Steel II. Still, a few years adds a nicely sized number of new gameplay mechanics and features that separate it from similar games of the genre, but not everything is perfectly executed. 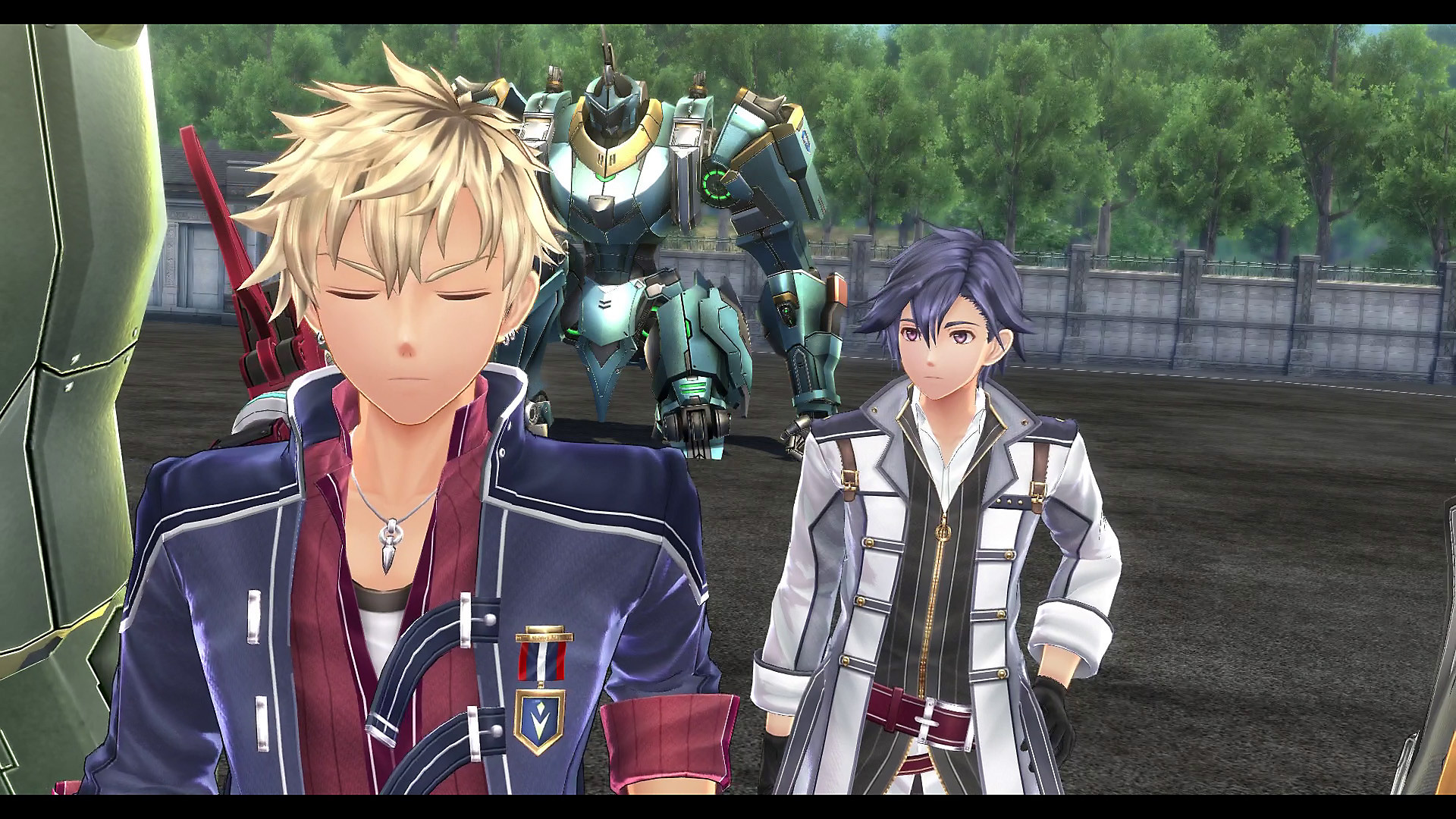 Like the dust fading from the end of the previous adventure, The Legend of Heroes: Trails of Cold Steel III starts with a follow up then quickly divulges into a new and interesting story of its own. We once more follow in the shoes of Rean Schwarzer, a year and a half since the end of the second game. Having graduated from Thors Military Academy, we are on a train to the city of Leeves. He meets up with a dear old friend and the two travel through Levees to a building with a familiar symbol from the past. It is here we meet up some more faces of the past and learn that our hero of war is now a teacher, to that of Class VII, no doubt, as he once was as a younger man at the newly established Thors Military Branch Campus. As the first term starts, though, a dark force begins to show itself and threaten the peace of the land, putting Rean back in the saddle but this time, with students in tow to lead them as he was once lead and save the world once more. 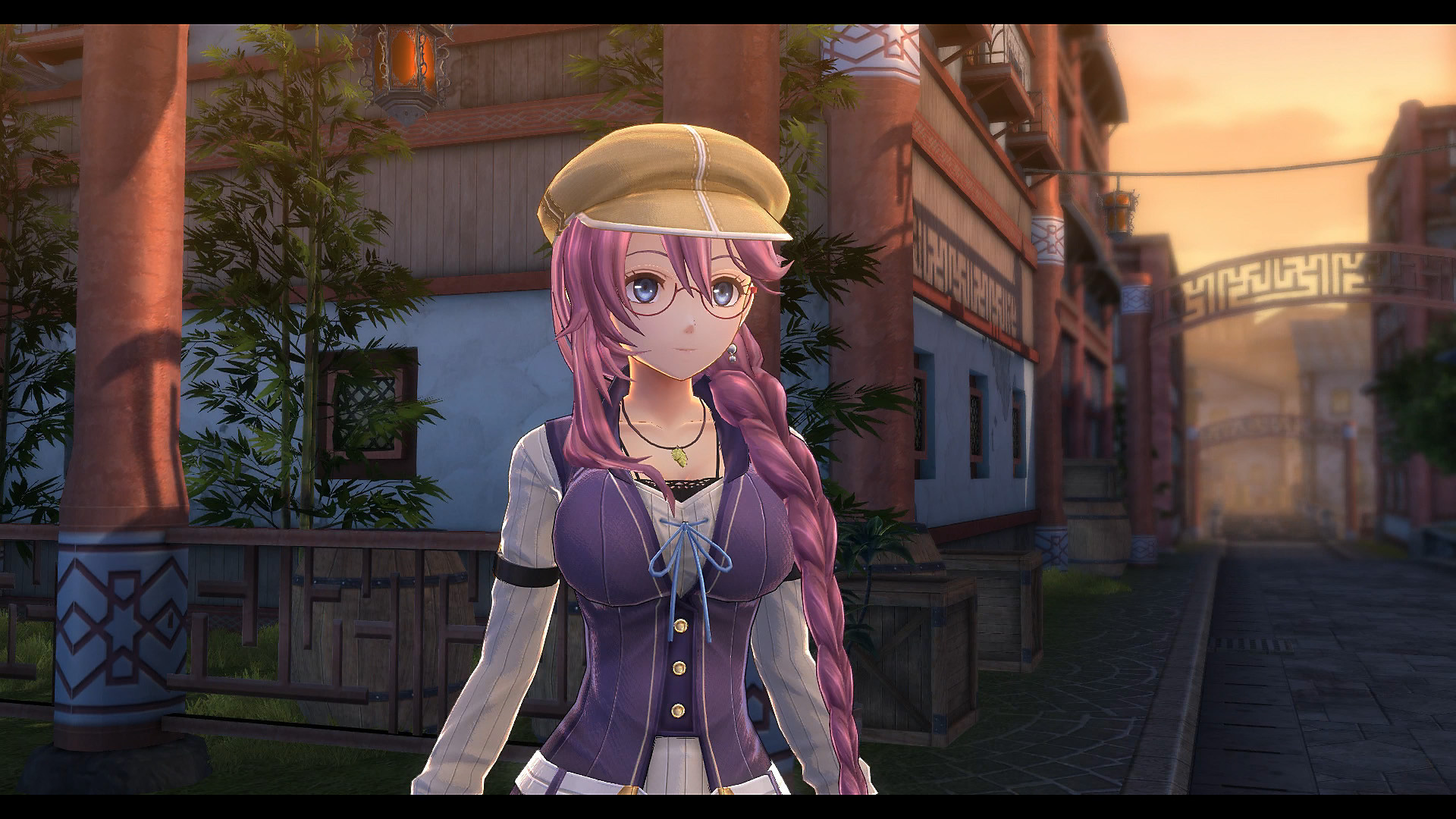 As with many JRPG’s, the story tries to tell a story of grandeur, and it does succeed on that front but suffers from two key issues. The first key issue we have is this game has a very copy-paste type setup in the first few chapters of the game from the first game. While it is not an exact copy, an example being different characters and Rean knowing what to expect at some portions, it felt cheap, and I wish the writing team had maybe changed how some events roll out. This brings us to our second key issue, the pacing of the story at some points. Though I feel like the pacing is a hard thing to get right, it tends to fluctuate in some places and just leave some scenes worse for wear, with some going too fast to really get information trying to be put across and others just too slow. 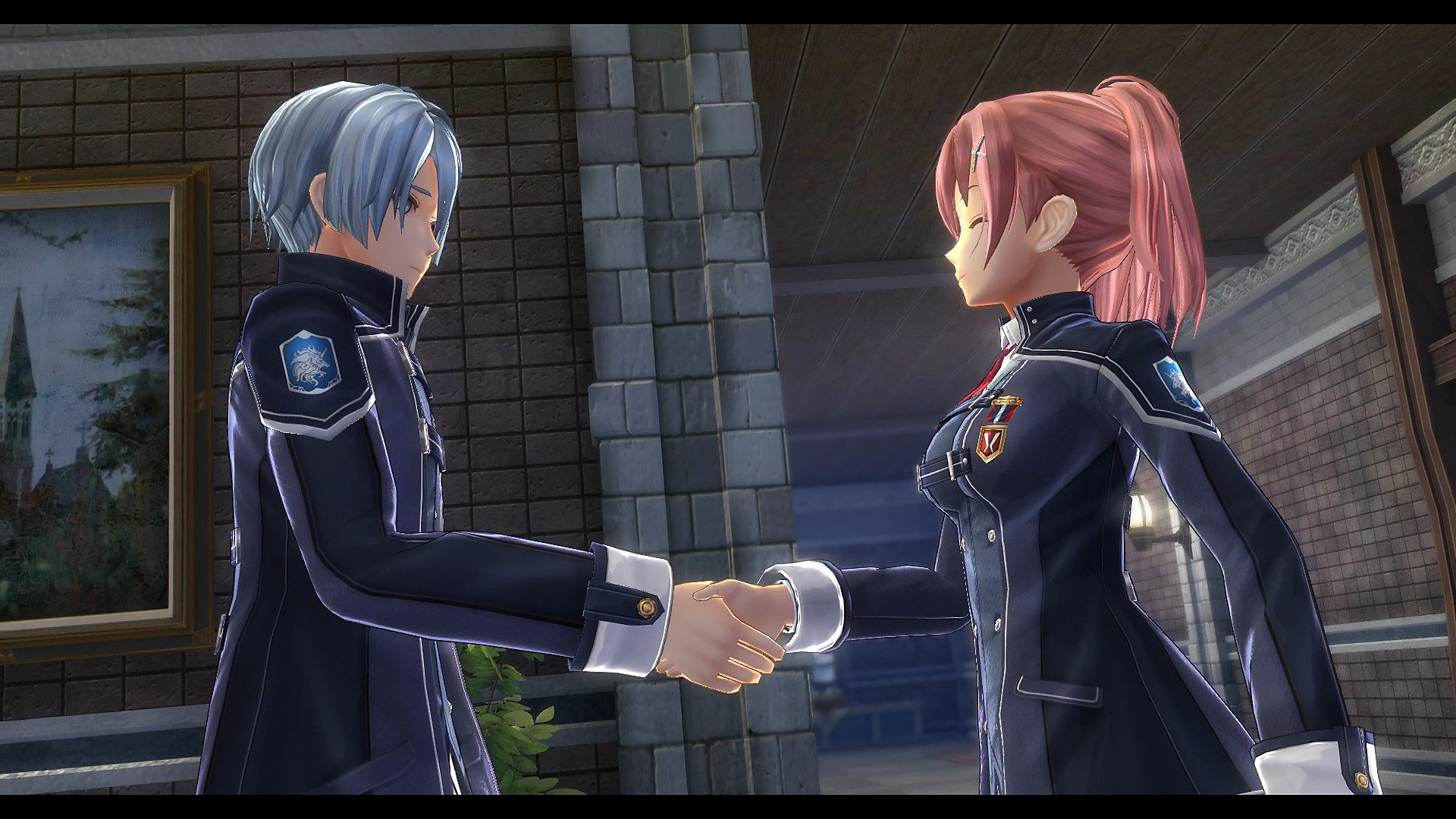 Now behind a desk and teaching his students, the gameplay mechanics of The Legend of Heroes: Trails of Cold Steel III have gotten a massive upgrade, with the focus on combat being more intuitive for the player and the world easier to explore than ever before. As per the norm, though, let us talk about the hub world for this game, Levees. The location is definitively smaller than previous hub worlds as far as I can tell. This smaller hub gives the player more to do, with side quests daily, a multitude of shops to explore, and purchase from as well as mini-games thrown in for a fun twist, like a variation of a card game called VM, or Vantage Masters. These new additions to the hub world keep the world feeling fresh, as completing quests can improve Rean’s rating as an instructor and gives the player additional rewards, as well as perks. 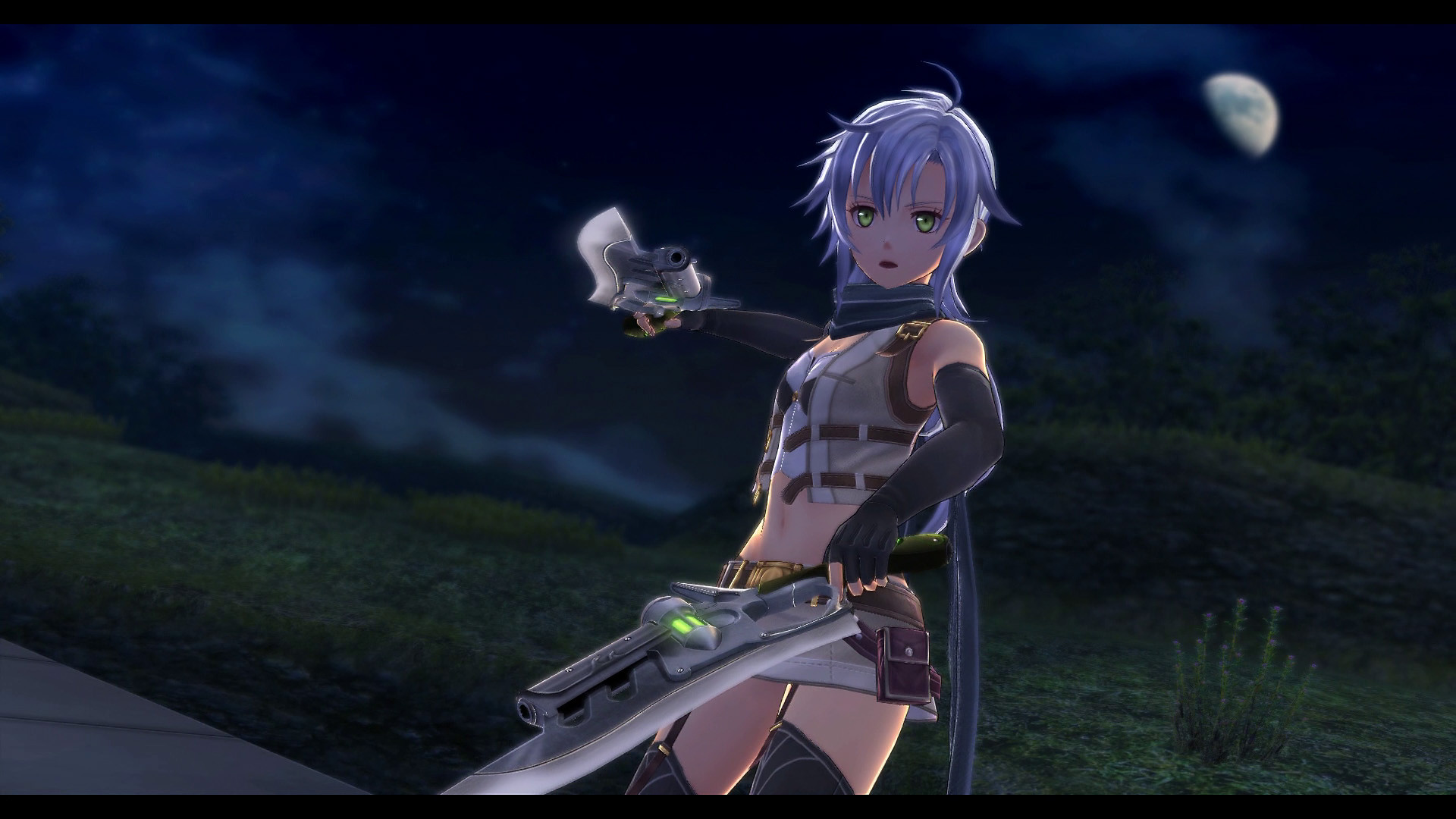 The world outside of Levees has gotten an upgrade as well. This upgrade consists of small things to do while running around, and how the player gets to engage creatures while in these zones. One of the newer mechanics added in was fishing, where Rean or whoever is on screen at the time if they have bait, can go to various fishing spots and fish for both quest and completion. These fish are also able to be sold off to select vendors for Mira, the currency of the game. While combat got the most significant upgrade, how you engage in combat has changed. Now the player can attack a creature, putting it into a temporary stun and triggering a double perk at the start of the fight with that mob. 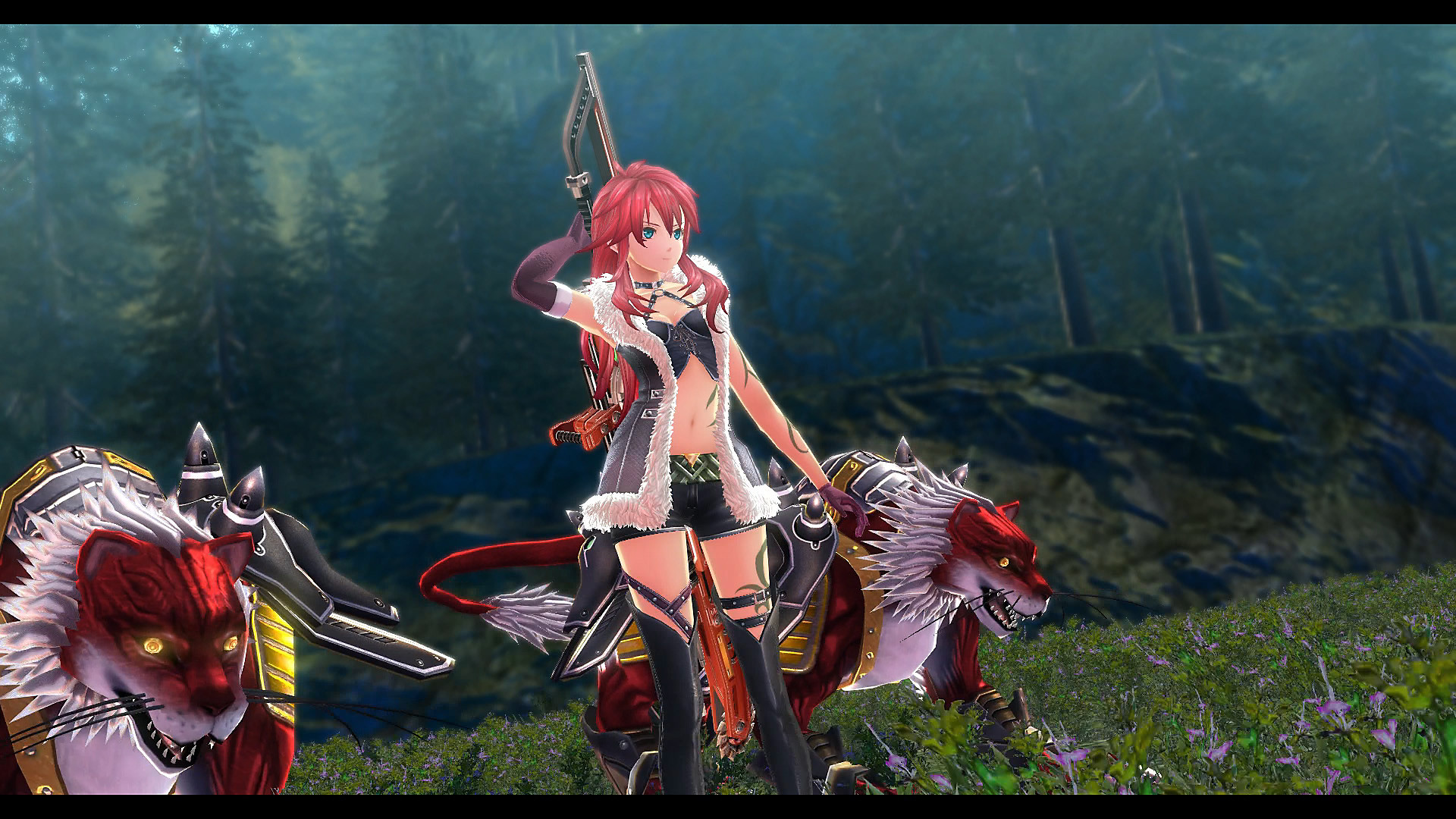 Once in combat, though, the bulk of the gameplay changes show, and while some of these changes can feel a tad clumsy, the rest are substantial additions. To start, you can now link yourself to one person on the field and perform follow up combos if one of the two characters linked crits or staggers an enemy. If you perform this enough times, you unlock new skills that can be performed during that time frame, including a defensive protection act for certain characters. This, followed by a small number of additions like reduced timing on spell casting with the ARCUS II system and attacks now moving the character closer to the target automatically if they are not in range to attack the target add a nice flair and style to the overall combat. 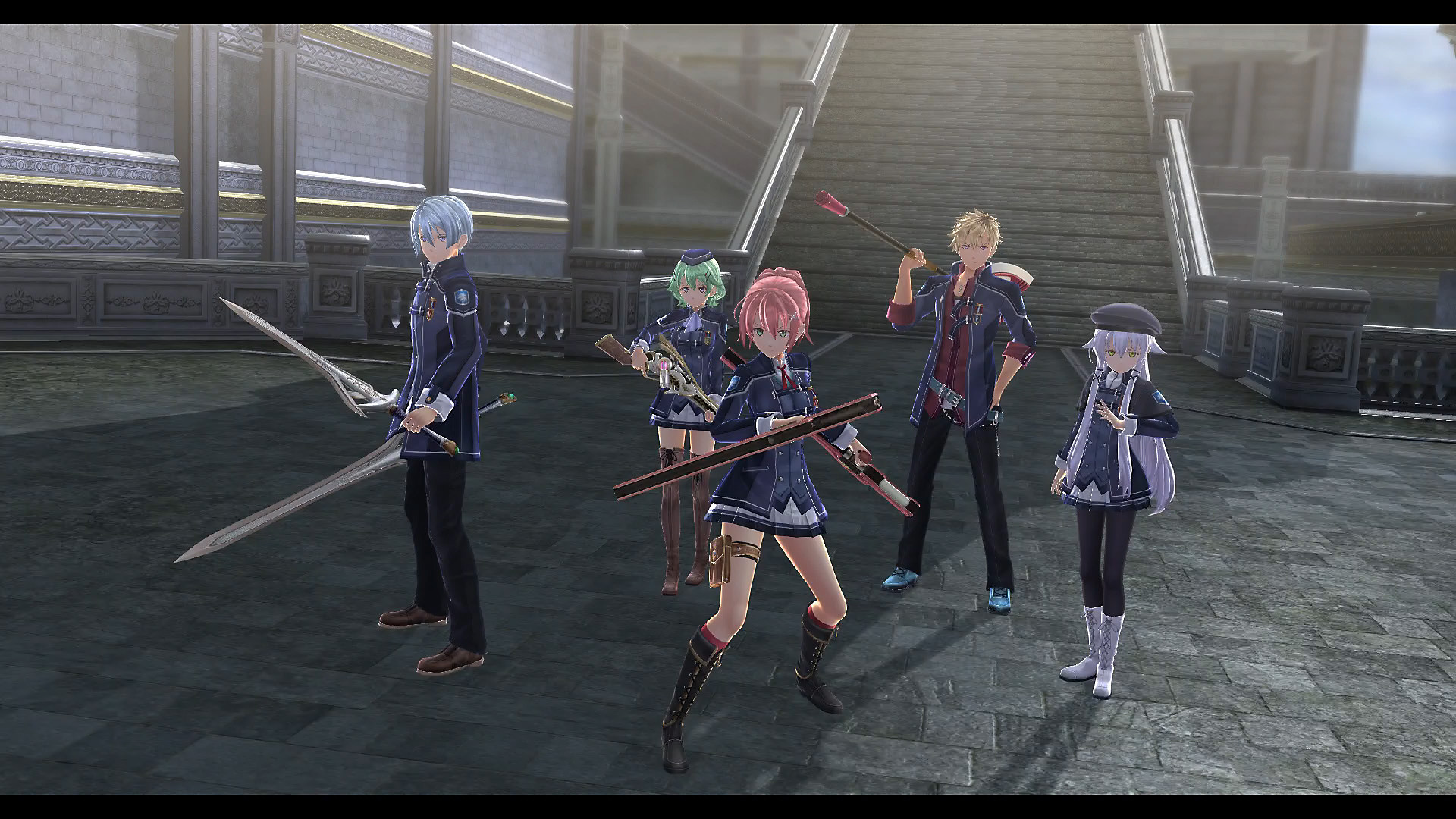 As I mentioned earlier in the review, not all changes can be seen as positive, and the combat took a few hits to get some of the newer mechanics added in. The biggest hindrance I found was the lack of ability to move and attack in the same turn at the player’s discretion. This is now relegated to a button press while in combat and consumes that character’s active turn. Making the player have to choose either to attack, thus being moved automatically nearest the target if they cannot and risk poor positioning or to manually move and set up a strategic flank for the next turn. I also felt the fishing, while a nice distraction from time to time took away from the experience in some cases as they wanted to follow popular trends. 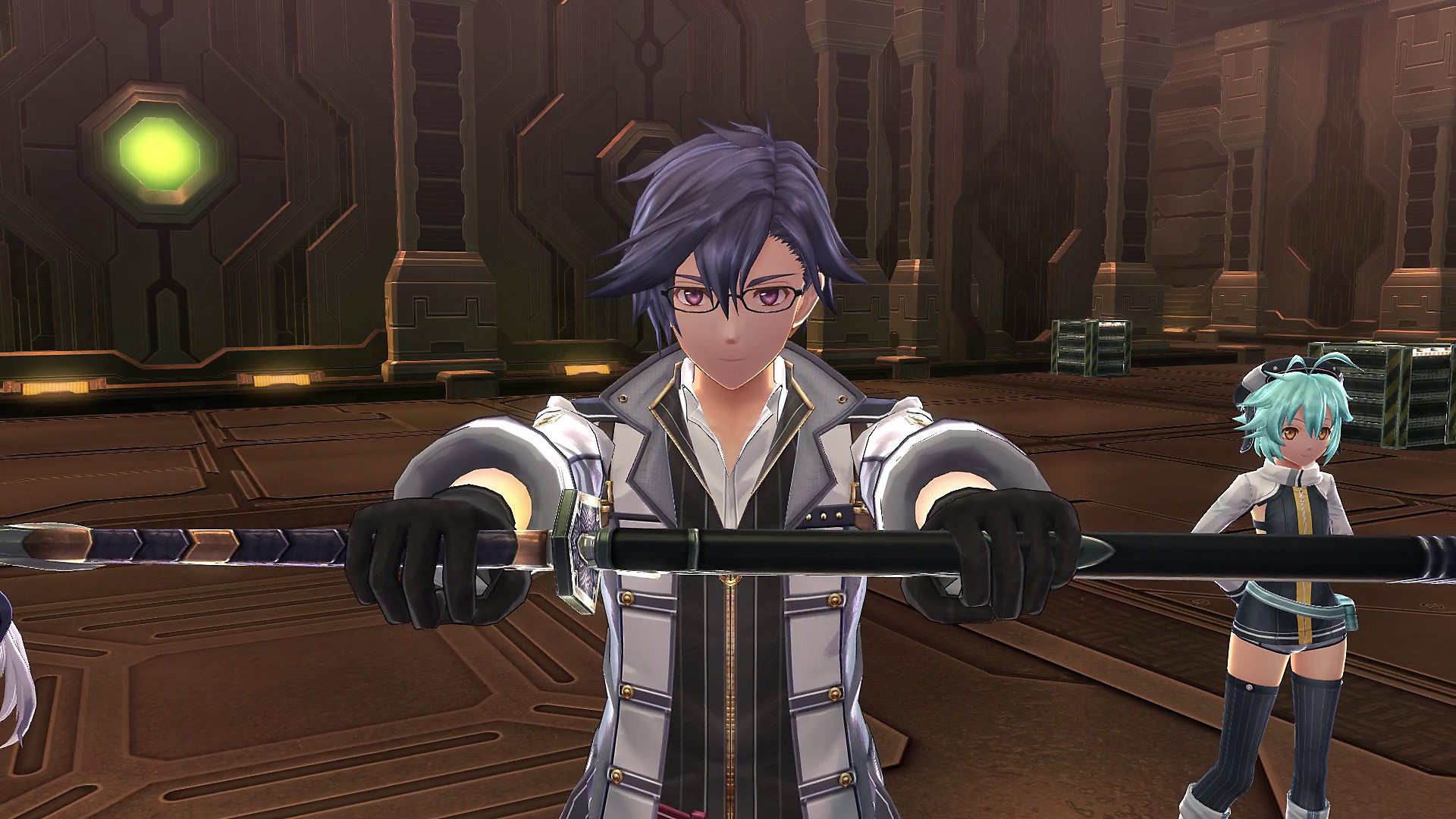 Following up on the previous game success, the visual presentation of The Legend of Heroes: Trails of Cold Steel III keeps that animated and highly rendered, yet detailed visual style This portion of the series has become known for. Visually standing, The Legend of Heroes: Trails of Cold Steel III is easily the prettiest game thus far. With a larger scope on local variances and creative concepts, an example of this being monster designs are more or less new, with only a few older designs tossed in for certain creatures to keep with the previous game’s designs. The backgrounds are wide in scale, with a fluid motion for objects that are blowing in the wind or moving down a stream, complemented by a large variety of hues and colors. 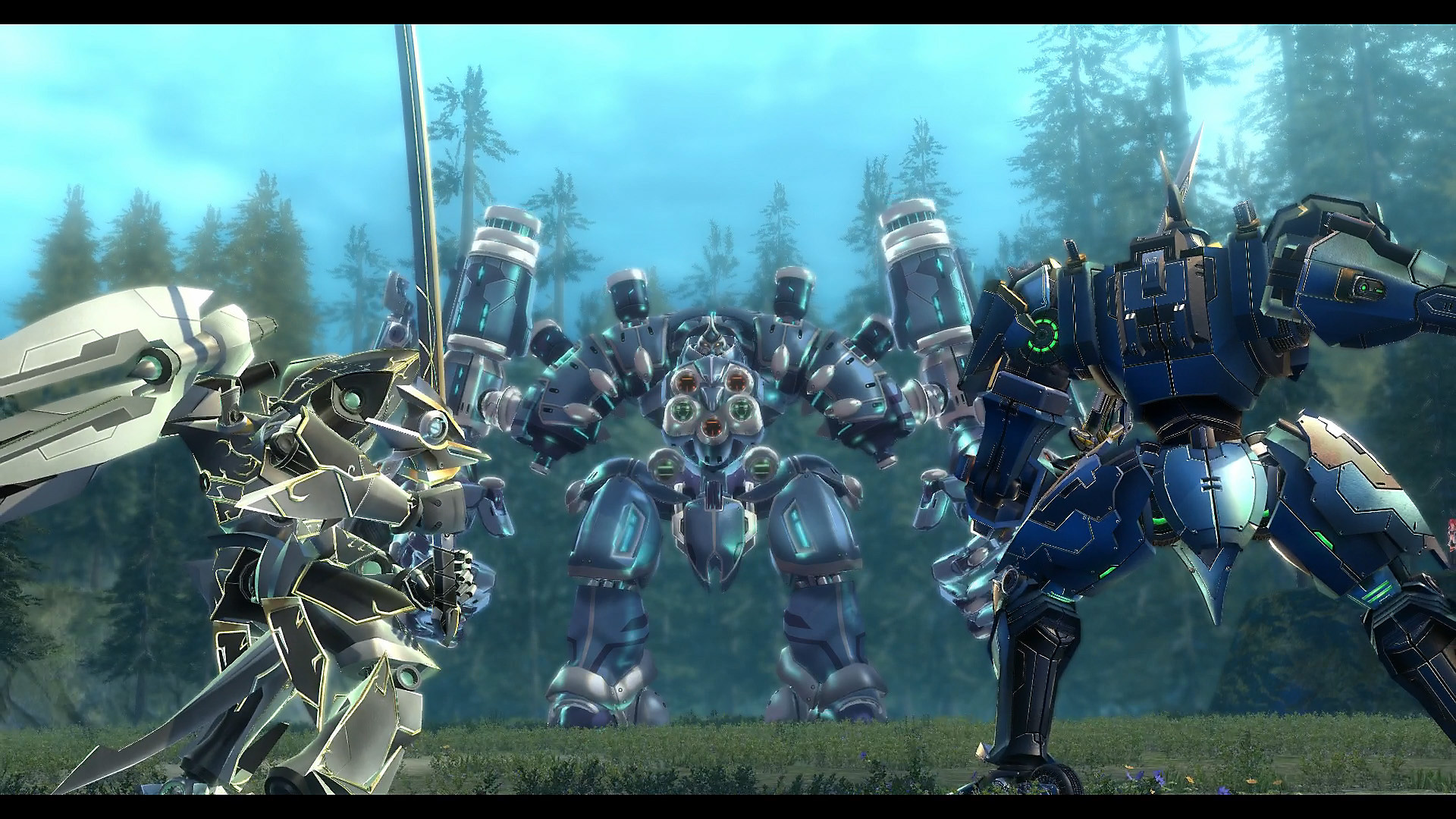 With a score that aims to impress, the musical presentation provided by The Legend of Heroes: Trails of Cold Steel III is a nice compliment to the game itself and, while not perfect, works a solid ninety percent of the time. Musically, the game focuses heavily on classical tones like reed and woodwinds, piano for background, and even some rarer stuff like the xylophone to present each area alongside the visuals. Sound effects feel more on par this time around, with not as many overpowering effects to affect the soundtrack. 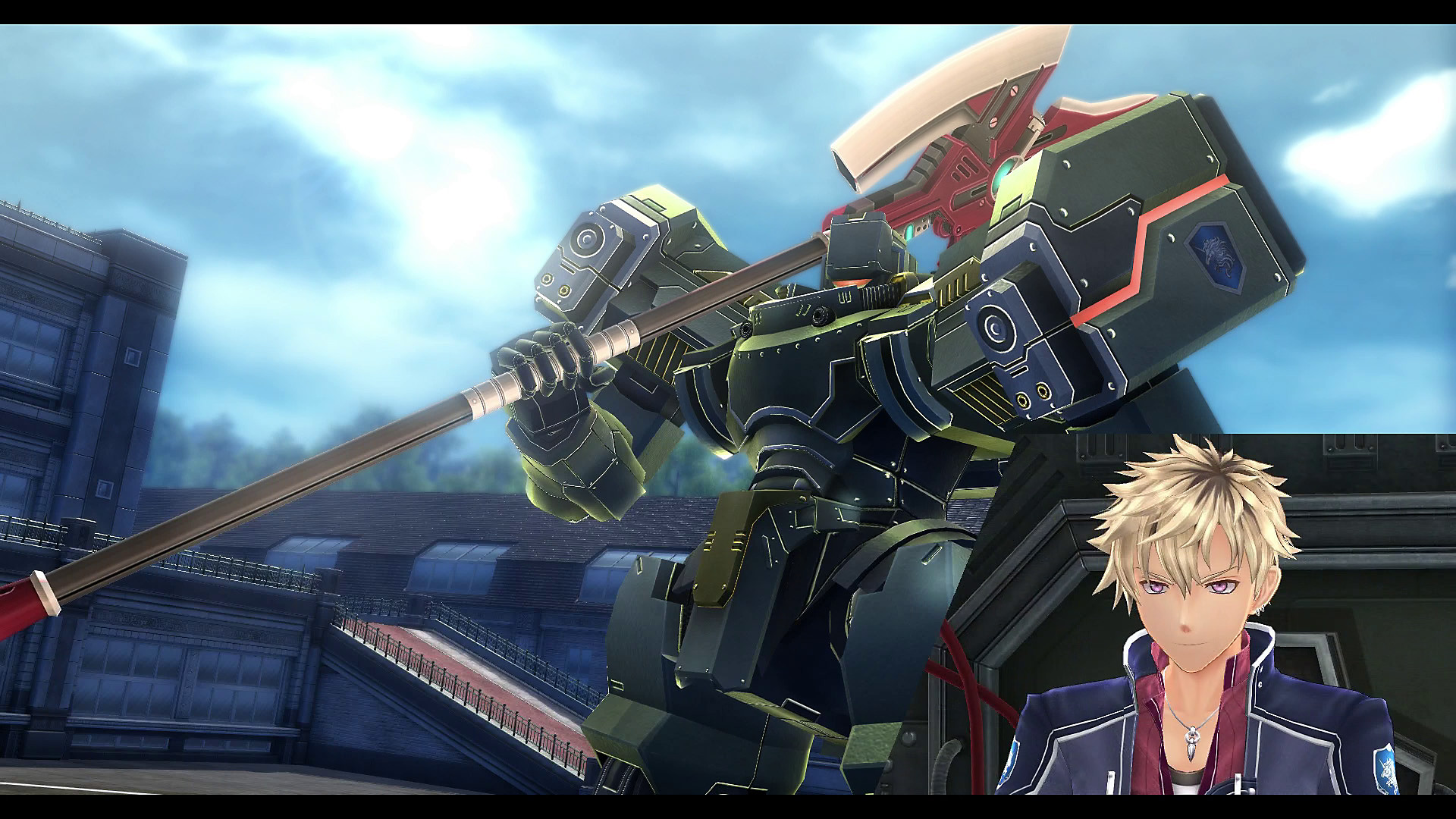 Overall, I found that The Legend of Heroes: Trails of Cold Steel III as a JRPG and the next game in the series follows up on the expectations the majority of fans had, making this one of the few games I can easily recommend to newer players as a series of games. However, it isn’t perfect and does have its flaws like the other games. The easy to pick up story, solid changes to several mechanics and systems from the previous titles, the addition of various mini-games, the detailed and visually pleasing graphics, and airy but well used classical themed soundtrack makes for an experience worth delving into for a third game.

DarkLunarDude gives The Legend of Heroes: Trails of Cold Steel III a Drastik Measure of 8.5 out of 10.0 (85)

At the price of $59.99 on the Playstation Network, I can easily recommend The Legend of Heroes: Trails of Cold Steel III. Still, I do recommend for the best experience to play the first two games in the series, though the game does offer a fairly nice history feature on the main screen for those who prefer a shorter summary.