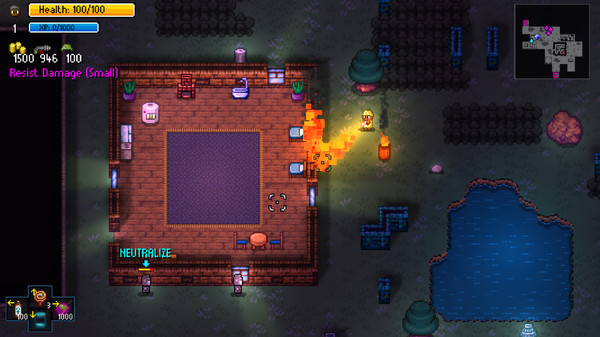 You might recall more than two years ago I wrote a preview regarding what I deemed to be a “wonderful…addition to the roguelikes of 2017”. Almost two years and four months to the day since its Early Access launch, Streets of Rogue finally released out of Early Access, increased the price tag a bit, and is also now out for consoles.

Though my time in the game has been fairly on-and-off during Early Access, revisiting the game during some updates, I’ve been keenly following its progress, and I can honestly say I’m proud of the final product. The game has come a long way in these two years. I’ve covered mostly how the game works in the afore-linked preview above. In this post, I’ll be using this space to talk about some aspects of what’s changed since then. 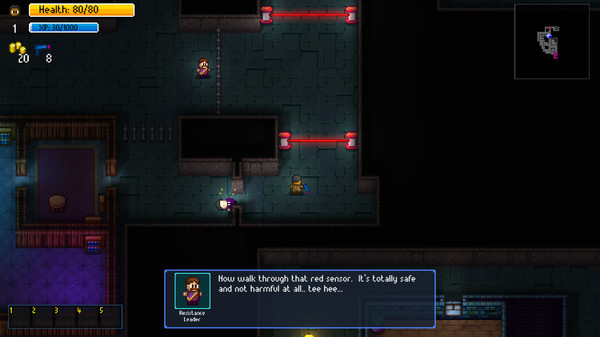 More Levels/Items/Everything
Back in the initial early access launch, the game was only limited to a whopping two zones of three levels each. The game has now expanded to five zones with three levels each, and a final 6th zone consisting of 1 level, where the Resistance’s plans to overthrow the current Mayor come to fruition. As far as I can remember, more traits, more items, and a few more characters were added.

If the first two zones seemed easy, the latter four zones added are far tougher — or at least have some interesting mechanics unique to the zone that should be carefully navigated. The Park has hostile Cannibals, a bunch of traps, and some polluted pools of water. The Downtown has groups of mobsters roaming the streets who can sometimes demand money from you, plus it introduces a tougher variant of a cop (called the supercop) that can no longer be bribed. Uptown is the most restrictive of the lot, with patrolling cop bots looking for contraband or the lack of a specific trait on your character. 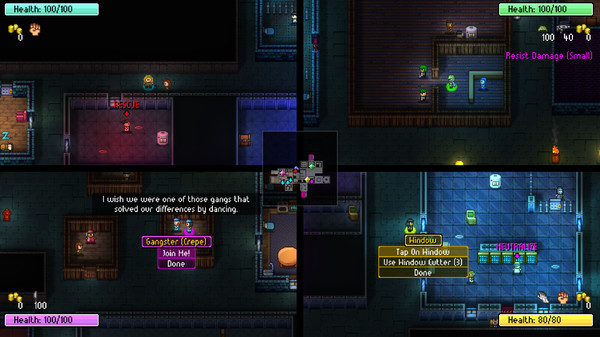 Mutator
Is the vanilla experience not tough enough? Try adding on some mutators! Some of them make things easier, like preventing certain disasters (the random events happening on the third level of a zone) from occurring. Others give an extra challenge, for example, introducing a time limit — and some mutators humorously upset the applecart (“Zombies Ate My Game Balance”, anyone?). Mind you, some mutators do actually make the process of getting specific unlocks incredibly trivial — I’ve used various mutator combos to my advantage in cheesing unlocks to get them much, much faster than I would in a normal run. They’re all kosher, the only exception being the Sandbox mutator.

There’s also a “Super Special Abilities” mutator, which enables ‘super’ versions of each character for the run, but these super versions can only be unlocked by completing the finally-implemented… 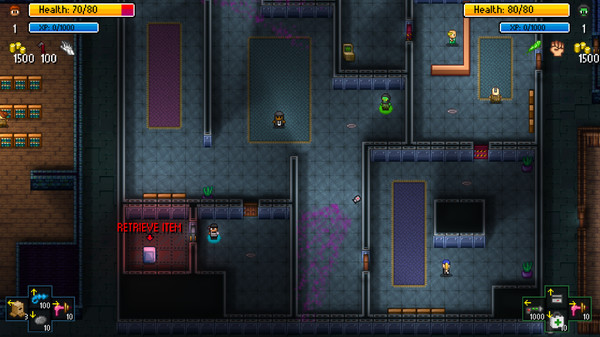 Big Quests
Oh yes. Teased in development from the very first build, Big Quests have ultimately come to fruition. These are quests that span a whole run, with a unique one for each non-custom character, and can unlock a super special ability for a character for the rest of the run (or if the mutator, as mentioned earlier, is active) after completion. 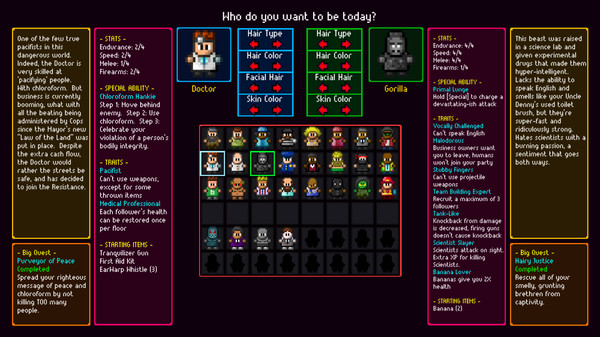 The Final Verdict
In its fully-fleshed out guise, Streets of Rogue has become an absolute classic, and (in my opinion) a criminally underrated and overlooked top-down roguelike shooter.

Pick up the game for $19.99 on Steam, give it a try, and leave us your thoughts in a comment below; I’d love to convert more people into playing this gem.