This is a Press Release by, Idea Factory International

LOS ANGELES, CA., January 13, 2020 – And the ships keep on coming! In this update, we are introduced to 6 more ships in this week’s Azur Lane: Crosswave website update! Amateur Commanders can also get a taste of what gameplay is like with the Game Overview website update! Check out the character profiles and the game overview summary below!

Azur Lane: Crosswave will launch physically and digitally on the PlayStation®4 in North America and Europe and on Steam® in February 2020. The Steam version will include Japanese, Traditional Chinese, and English subtitles.

Download Character Update #4 screenshot batch with the button below!

Azur Lane: Crosswave allows Commanders to choose a Secretary Ship that talks and greets you right from the start! By setting your Secretary Ship, you can increase their affection. Once the ship’s affection reaches the “Love” status, Commanders then have the opportunity to marry their favorite character!

The Story Mode contains an original story following the journey of two new Sakura Empire recruits, Shimakaze and Suruga. The story begins with all four Nations living harmoniously. Suddenly, a Joint Military Exercise was enacted causing all the Nations to train even harder than before. But all of the Nations began to question… how did this event come to be?

Players will travel on an Ocean Map, which changes each chapter, and can encounter various events, battles, and also items. Players will engage in 3 VS 3 battles and also experience conversation events that can be reviewed in the Gallery.

Through the 3 VS 3 battles, players can accumulate A Points which they can use to scout allies to create even more fleets!

Players can challenge themselves in Extreme Battle Mode as their fleets become stronger. The difficulty of the stages increase as players progress. Here players can fight powerful enemies and collect rare items. Some of these items can lead to very special events…Can you build a fleet strong enough to clear the highest level stages?

A mode where you can take pictures of your favorite characters! You can place up to 3 characters on an open stage and have them pose as you’d like.Snap a pic and share it with the world!

Players can view hidden events that are unlocked through clearing certain criteria. Through these events, discover a new side to the 66 characters that appear in the game!

Each character also belongs to one of the four Nations participating in the Joint Military Exercise: Sakura Empire, Eagle Union, Royal Navy, and Iron Blood. Learn more about the four Nations below!

Sakura Empire: An island nation in the east which abides by its culture of honor and tradition.

Eagle Union: The democratic federation which values the principles of freedom and harmony.

Royal Navy: The constitutional monarchy which prides itself in its glorious history of nobility.

Iron Blood: The military empire which strives for phenomenal advancements in technology. 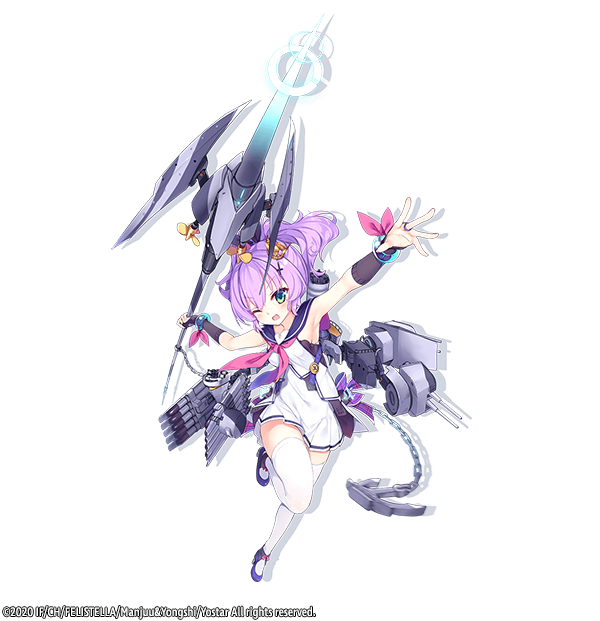 A young Royal Navy girl who has reached the pinnacle of both cuteness and slyness. Her happy-go-lucky attitude masks her clever nature very well. She becomes friends with almost anyone due to her bright smile and kind nature. She’s secretly in charge of demonstrations in preparation for the Joint Military Exercise. 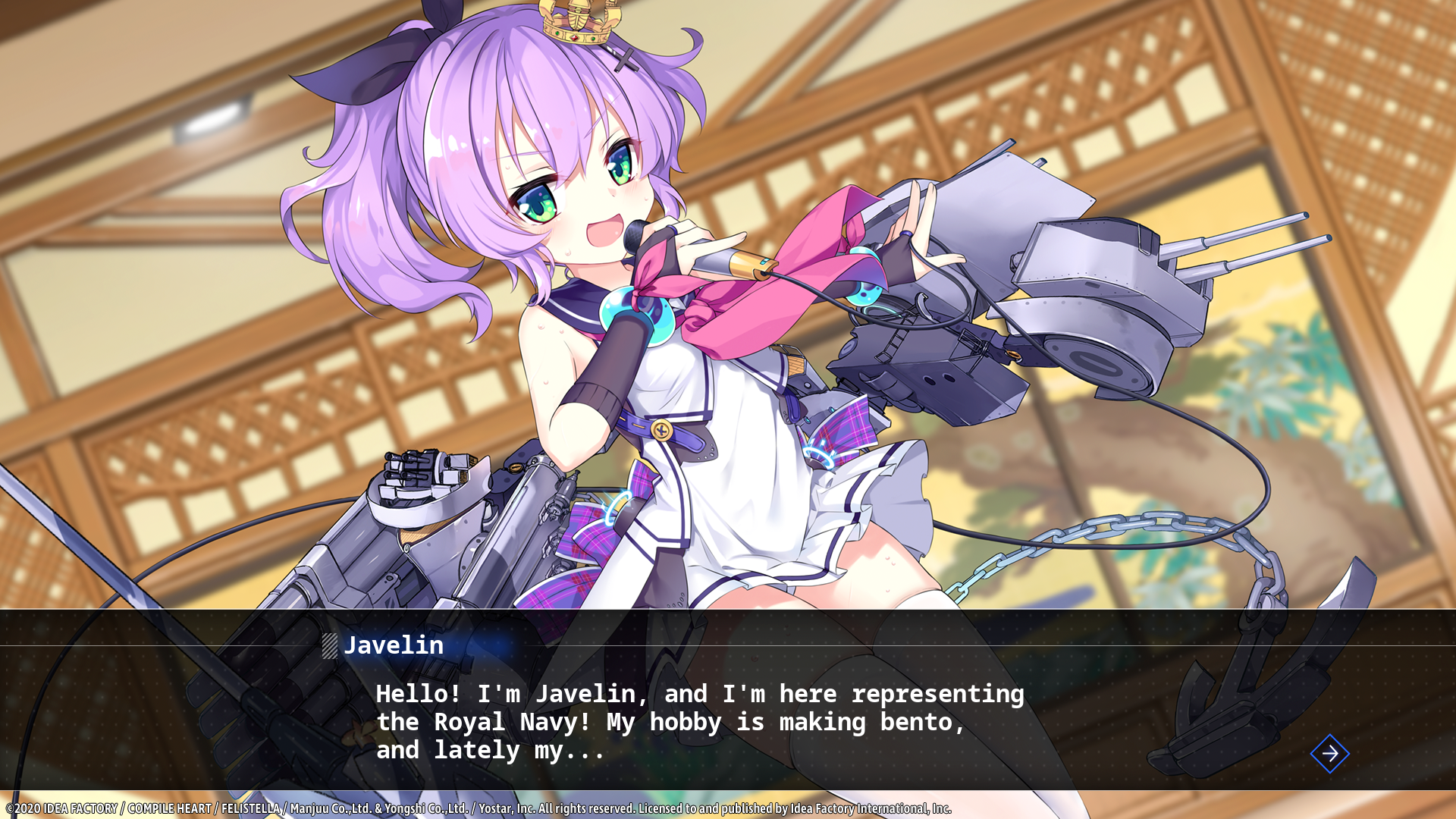 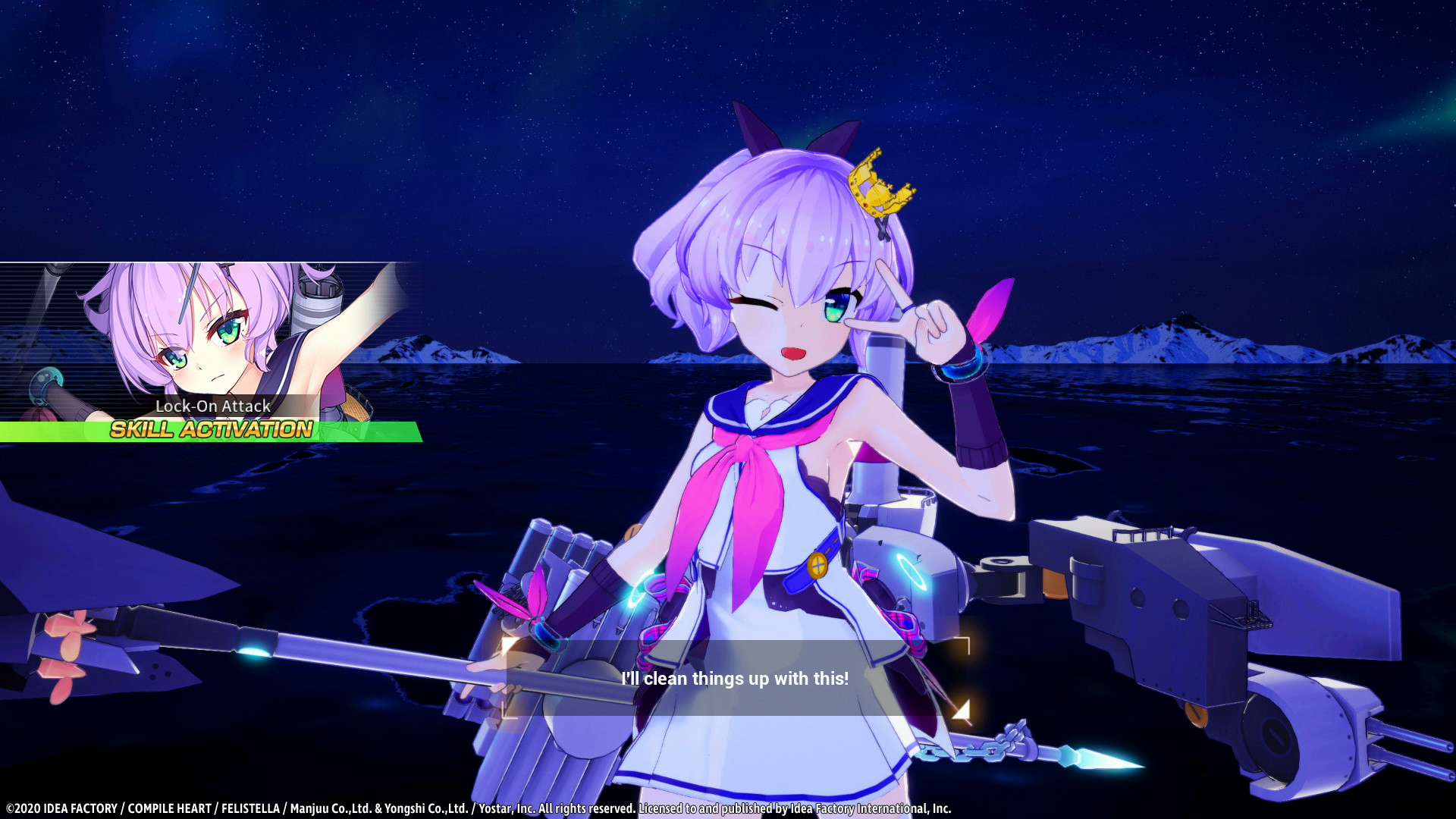 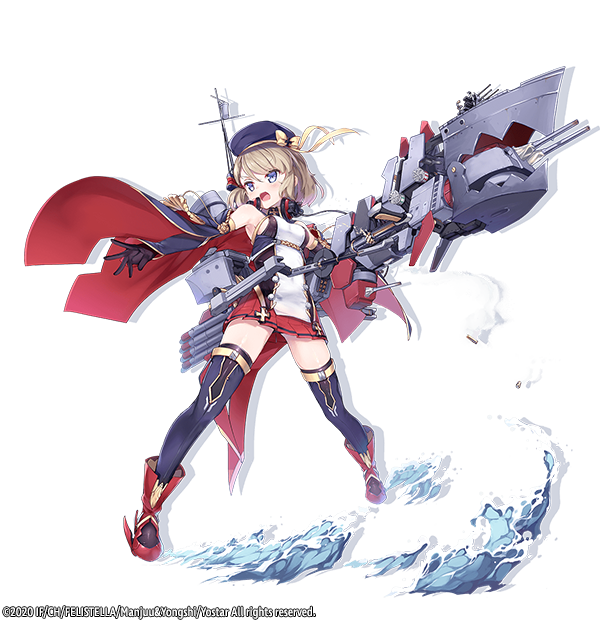 A member of the Iron Blood whose nickname is “Zed.” She’s always looking for ways to improve herself, and she’s also passionate about research. She’s very critical of herself and others, but will always give praise to those who she deems as worthy. She’s often found acting as a commander in battle. She was chosen to represent the Iron Blood in the Joint Military Exercise by her peers. She’s doing her very best to rise to the occasion and lead her friends to victory. 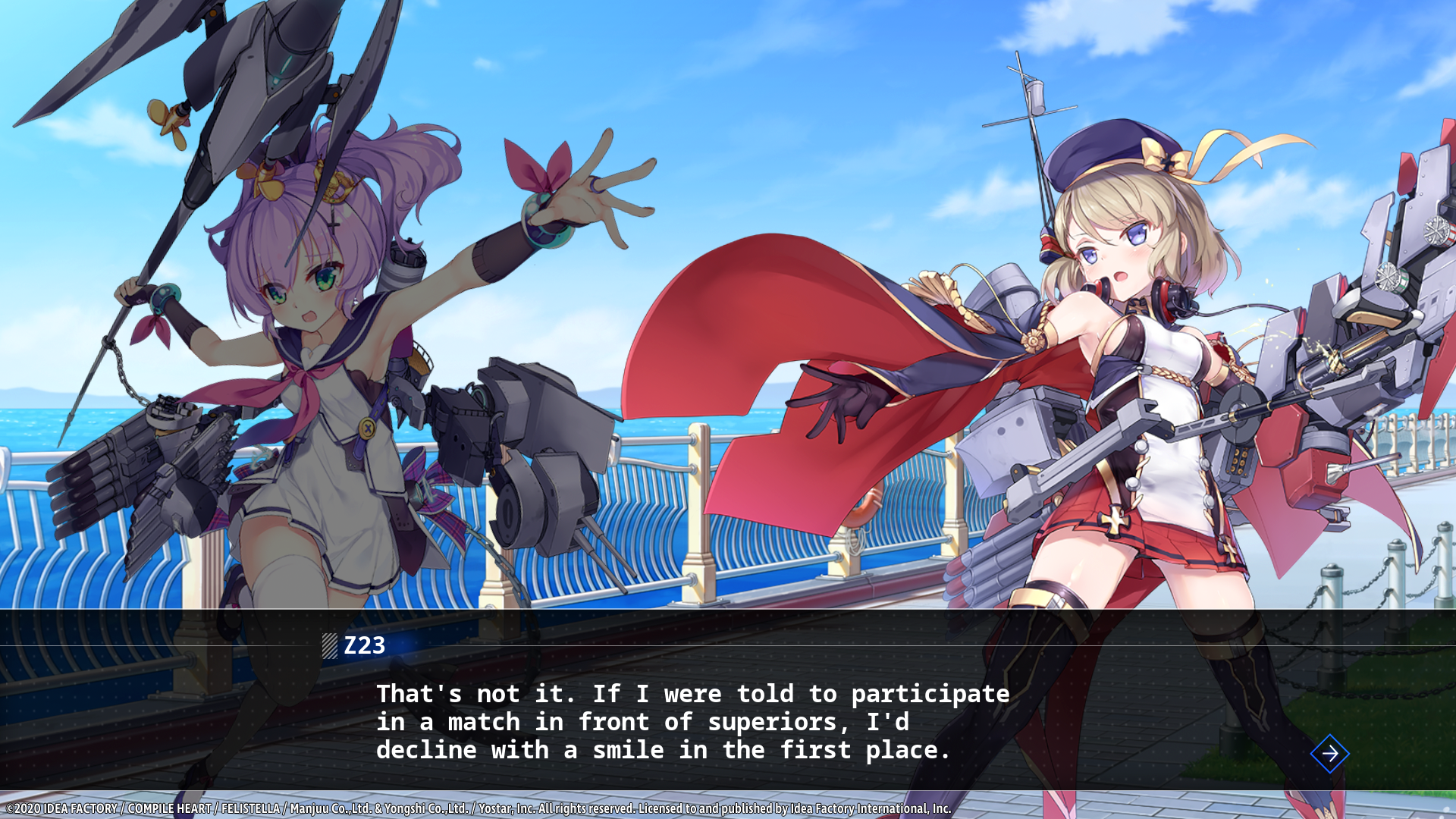 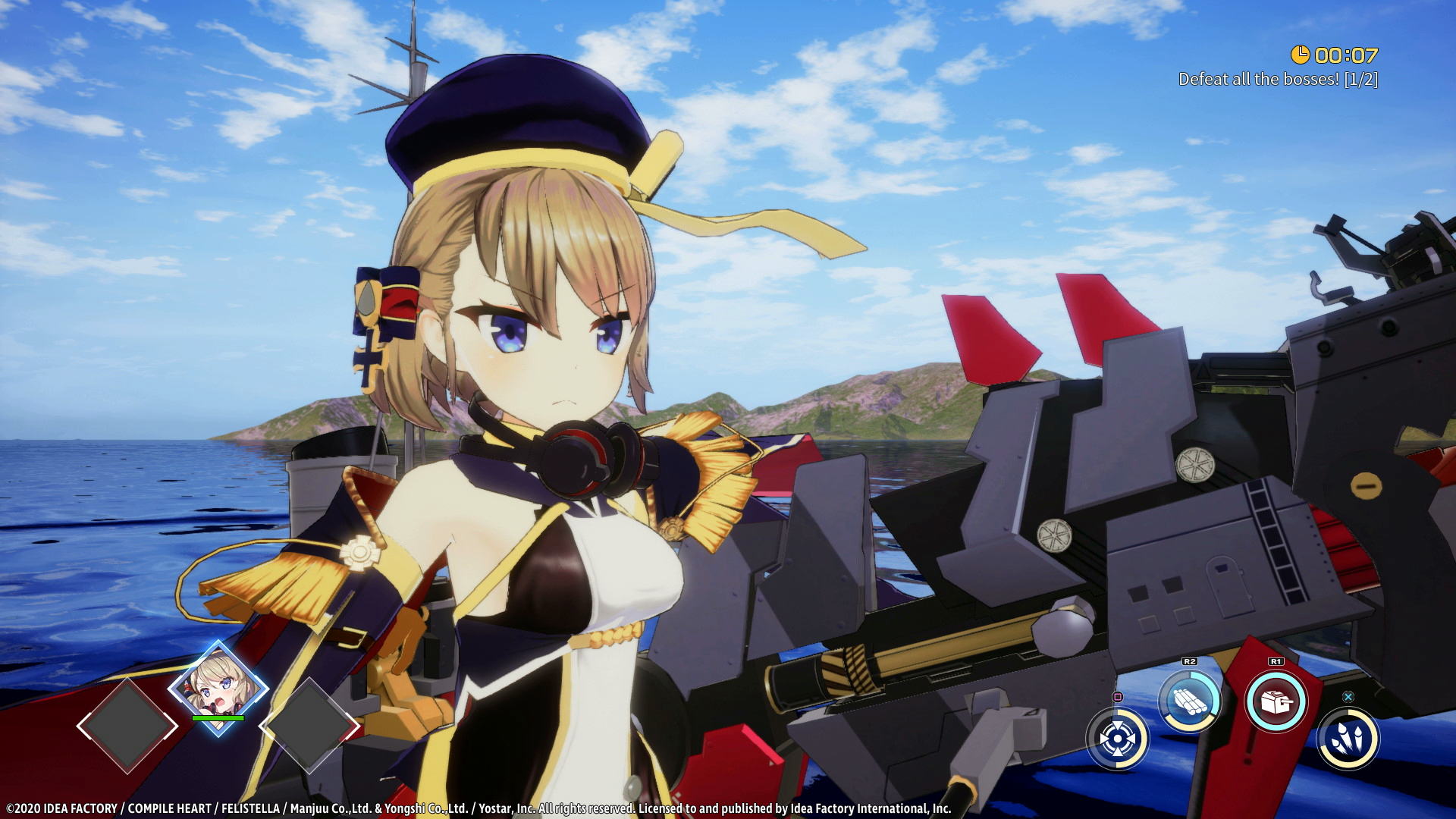 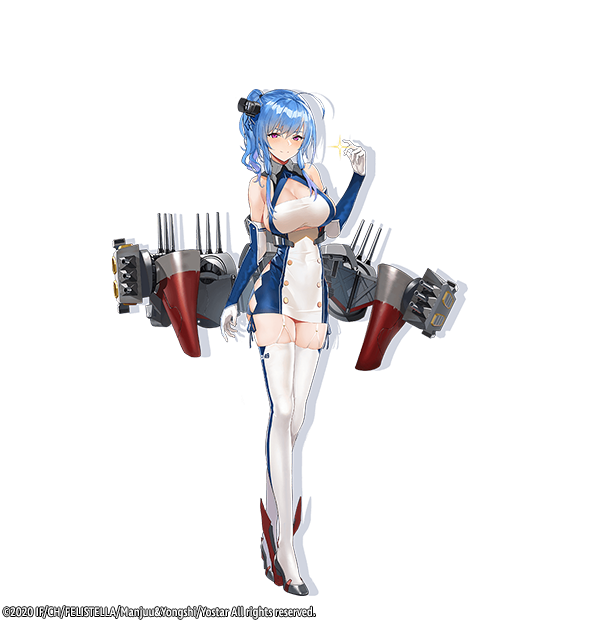 Eagle Union’s Light Cruiser nicknamed “Lucky Lou.” She speaks with conviction, which comes from the power she holds, and her mature aura gathers the attention of even her peers. She is the older sister to Helena, and though they seem like two opposites, they both know how to approach others with kindness, which reminds everyone of their sisterly bond. Among the many that Eagle Union sent to the event, she is one of the few who actively supports her friends. 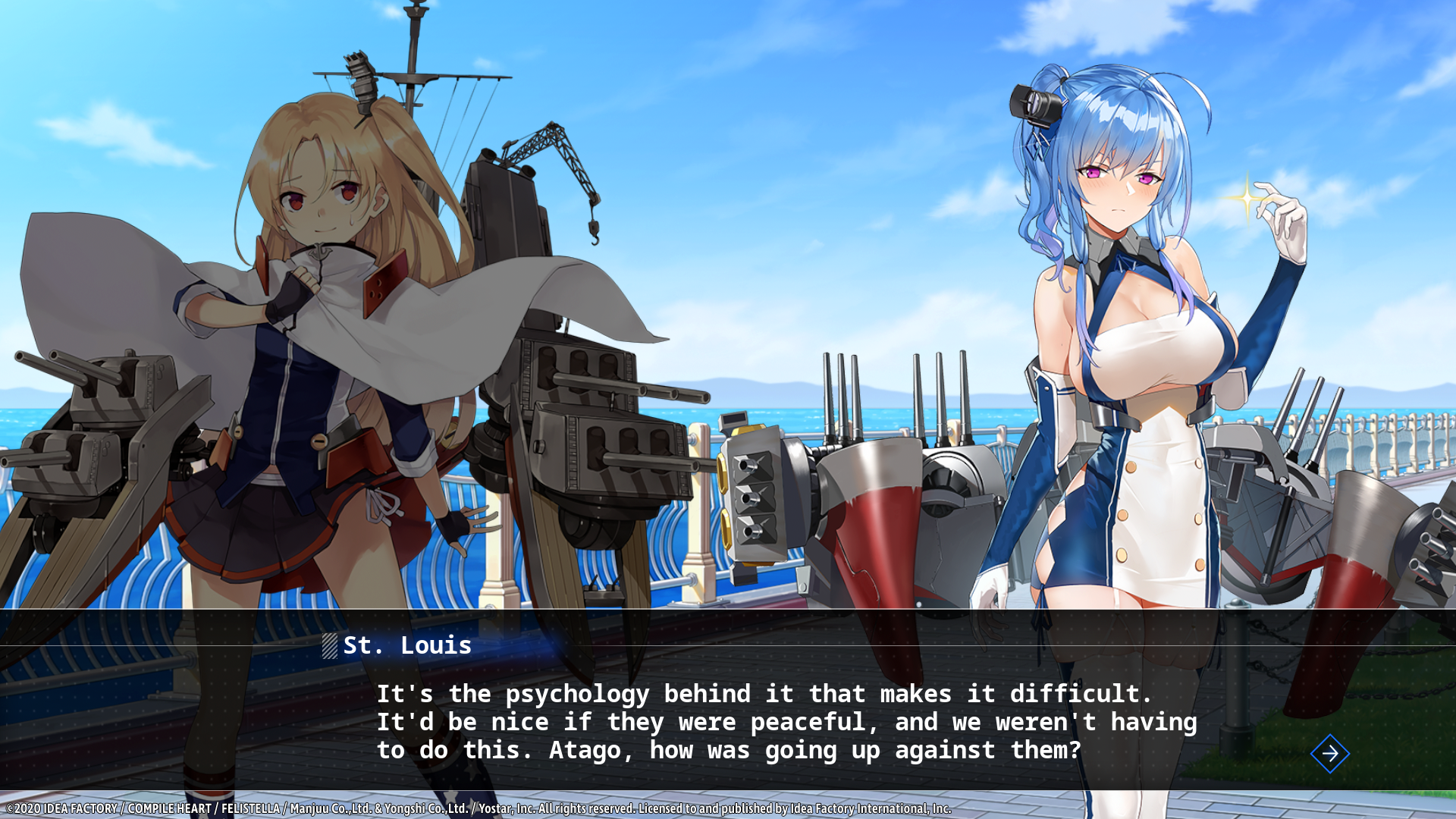 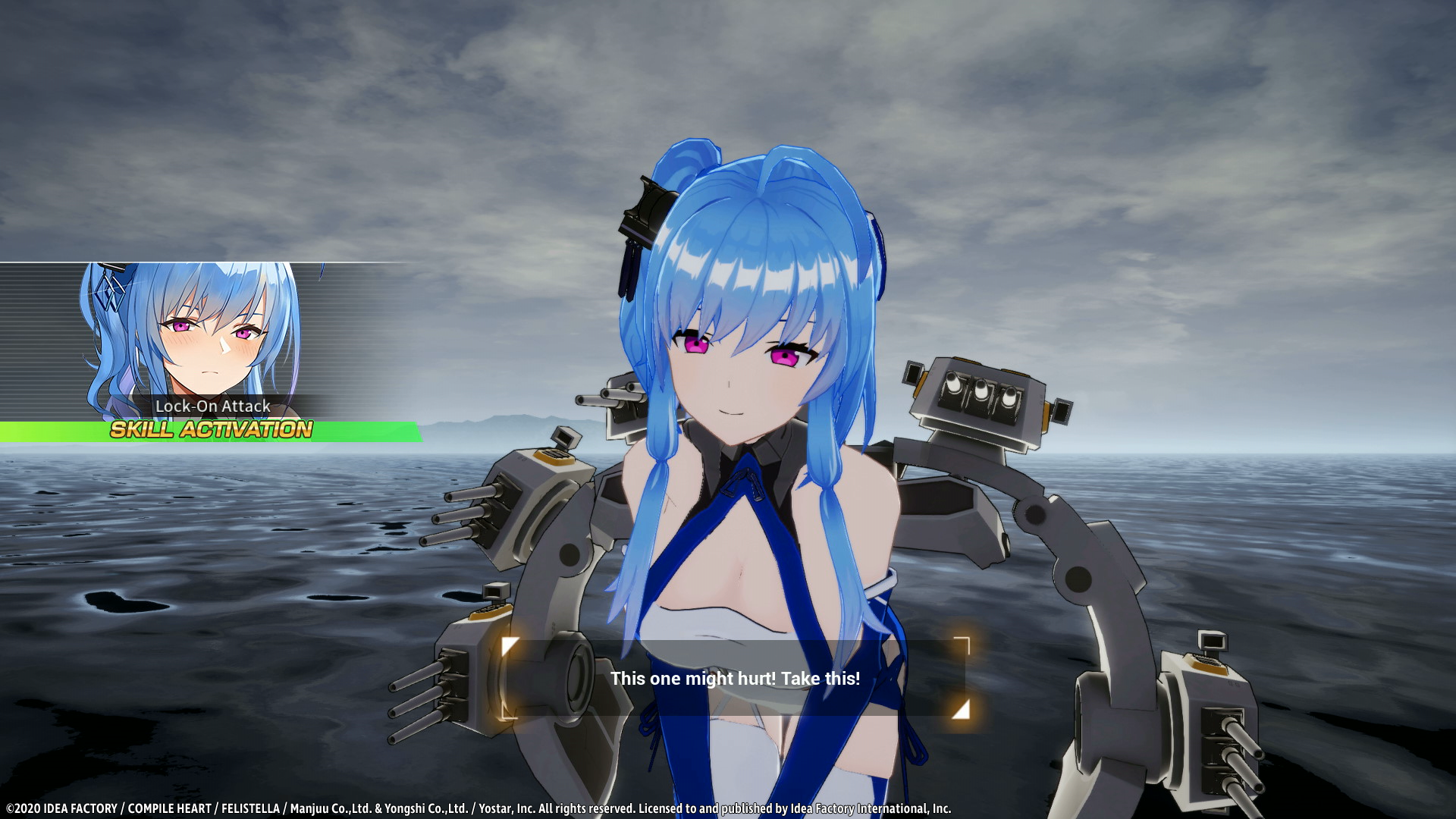 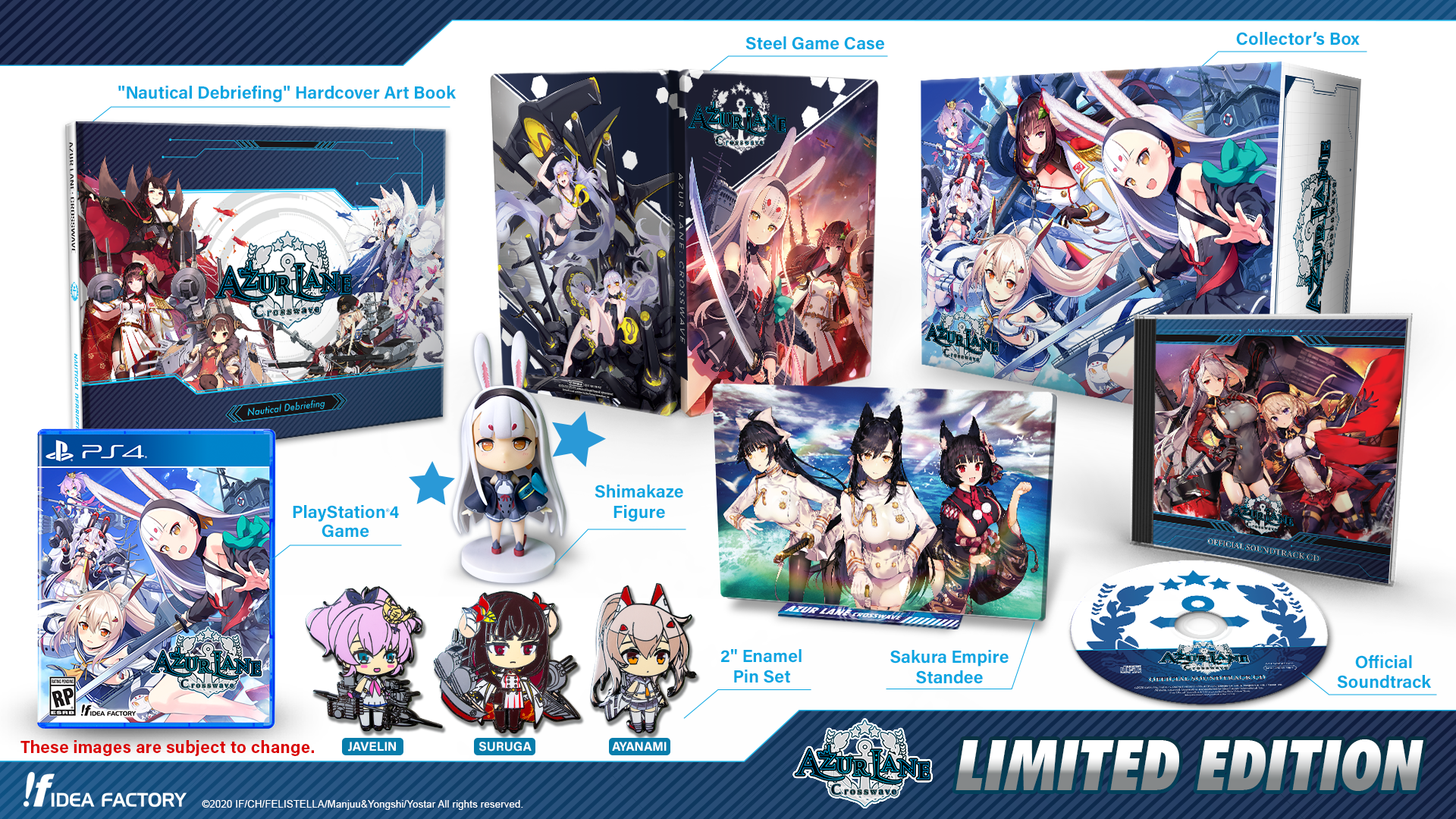 *FREE domestic shipping on US orders!

The physical North American version of the Standard Edition is exclusive to IFI’s NA Online Store and Limited Run Games.

Azur Lane is a side-scrolling shooter created by Shanghai Manjuu and Xiamen Yongshi, originally released in 2017 for iOS and Android platforms. The Shanghai-based publisher, Yostar, published the Japanese and English version of the mobile game, popularizing the game to more mobile users across the world. The game takes place in a world where personified battleships from around the globe engage in side-scrolling shooter gameplay.

Azur Lane: Crosswave takes the spirit of the mobile game and uses the Unreal Engine to bring its characters to life in a massive 3D world, so fans can see them like they’ve never seen them before. The in-game character designs will also feature cel-shaded anime style 3D graphics that stay true to the original art.

Retrofitted in 3D – Azur Lane mobile, the beloved side-scrolling shooter, is now retrofitted for the PlayStation®4 and Steam® as a cel-shaded, 3D action shooter with the help of Unreal Engine! Choose from 25+ characters and 30+ support characters to help lead your fleet to victory. Azur Lane: Crosswave also introduces 2 brand-new playable characters, Shimakaze and Suruga!

Arm Your Armada – Before setting sail, beef up your characters by equipping them with rare items found after a successful battle or by crafting items at Akashi’s Laboratory. Here, Commanders can exchange blueprints to create new gear, convert materials into rare items, and earn rewards. Experiment with different fleet arrangements to gain special Fleet Effects that can provide in-game stat bonuses.

Ready, Aim, Fire – In Azur Lane: Crosswave, you can now control, aim, and fire at incoming battleships, aircraft carriers, and other enemies. Depending on the character’s subtype, players can dash to evade attacks or activate defensive shields, unleash torpedoes or aircrafts, and switch-on character-specific special attacks to defeat unruly enemies!