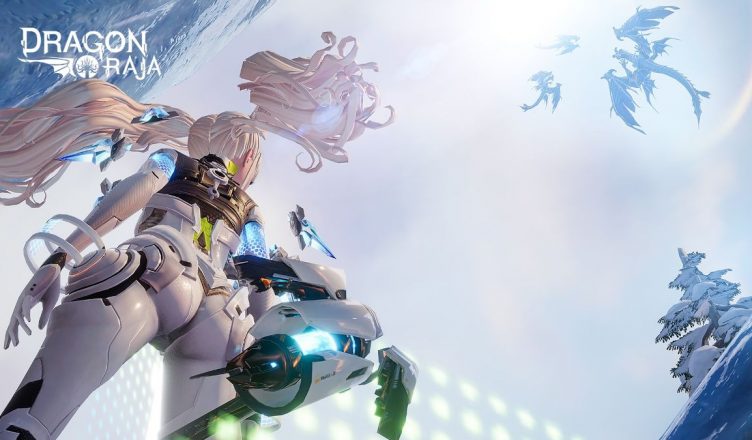 This is a Press Release by, Archosaur Games 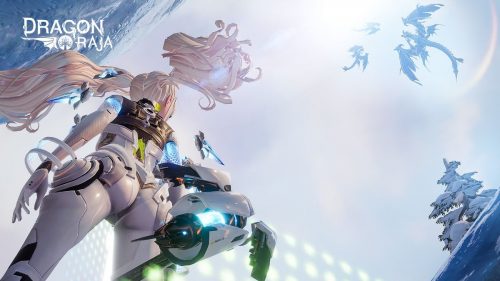 Archosaur Games (formerly Zulong Games) is excited to reveal the latest trailer for upcoming stylistic MMORPG Dragon Raja which is set to launch this February. Blending elements of fantasy and sci-fi, Dragon Raja brings a visually stunning experience for MMO fans around the globe. Now with global pre-registration available, Archosaur Games has released an all-new trailer showcasing some of the major characters players can expect to encounter while playing through the game’s immersive campaign.

In Dragon Raja players will be faced with the daunting task of protecting the world from dragons who have awoken from a long slumber and wish to rule the world once more. In order to protect the human race, players will join an elite squad of hybrids who have learned to harness a variety of powers from the dragons in order to save humanity. Each hybrid brings with them a particular superpower as well as a rich story for players to witness.

The dynamic cast of characters include Luminous Lu, a die-hard gamer and the heir to a prestigious bloodline, Caesar, the spoiled self-centered brat from a rich family, Johann Chu, college senior with an unmatched sense of justice and a face that barely moves, Nono who plays a key role in the story and can always be counted on to see things through and Erii, the tragic heroine that is unable speak without ending the world with her words. 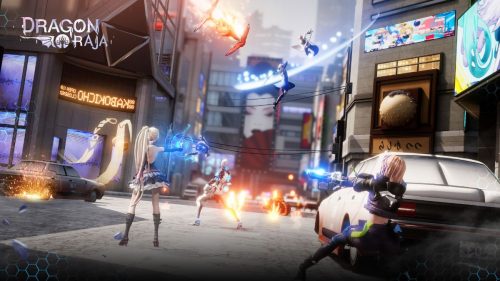 With a goal to create a cinema-worthy experience, Archosaur Games has created numerous cut-scene animations and in-game movies developed using the UE4 engine. The characters in Dragon Raja are also being brought to life by using motion capture techniques and world-renown voice actors directed by Nimer Rashed known for his work with the BBC. With carefully designed storylines, the fascinating cutscene animations coupled with the authentic voice acting, each character from Dragon Raja and their stories will bring players a remarkable experience.

“Dragon Raja isn’t just about fascinating stories, we combined various techniques to achieve the goal of bringing our players into this action-packed and immersive world, including full-day, weather and seasonal cycles, a physics system that provides realistic collision responses, optical motion capture techniques and NPC AI smart interaction.” Said Archosaur Games CEO and chairman Li Qing. “In other words, Dragon Raja players have to be careful not to slip when running on icy surfaces, or accidentally damage environmental objects during combat. If you’re a lousy driver, you could get yourself caught in a terrible traffic jam in Tokyo City!” 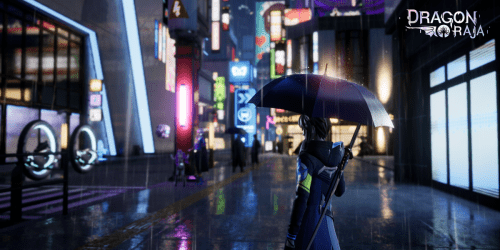 Dragon Raja will be arriving for players in NA and EMEA regions this February. Players can pre-register now to unlock rewards for their characters by visiting the App Store or Google Play. For more information on Dragon Raja visit the official site here or stay up to date via the official Facebook page here.

About Archosaur Games
Established in 1997, Archosaur Games is one of the most experienced game development studios in China and has been committed to creating high-quality games for more than 20 years. As a leading R&D company, Archosaur Games is known for developing several top titles such as Perfect World, Jade Dynasty, Swordsman Online, Fantasy Zhu Xian, and Saint Seiya Online. As an independent corporation with over 800 top developers, Archosaur Games has dedicated over two decades to the creation of games with perfection and innovation while maintaining top standards across various genres including MMORPGs, strategy and more. For more information on Archosaur Games please visit the official site https://www.archosaur.io.