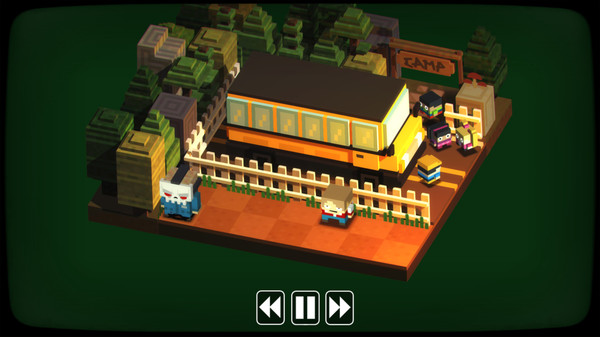 Slayaway Camp is a quirky puzzler that pays homage to all the great eighties trash horror films from Blue Wizard Digital. It essentially is a 3d slider puzzle where you must slay your way to the exit while not succumbing to the mechanization’s of death yourself. It takes all that trash horror and turns it into something fun and quite funny at times. From such a simple idea, they truly did make a lot of content for a nine dollar game. So let’s delve into what makes this game tick and get our hands bloody. 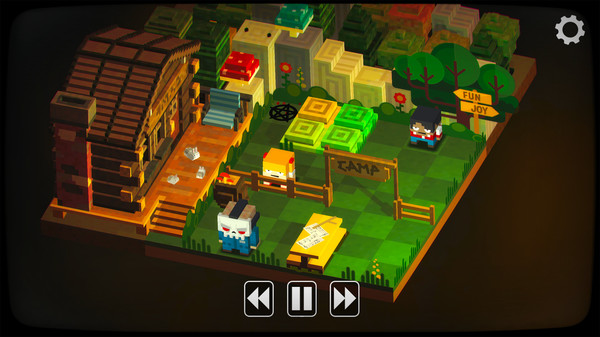 The basis of the levels is their scenes in a Horror movie. As you complete one film, the next opens up. The area where you select said films is called in-game the Video Store. In addition to being able to choose from any movie you unlocked to play, you can also do a few other things. So as you play the levels and complete them, you are awarded coins. You can then use these coins to unlock various gore packs, which in turn give you different kill scenes. Also, you can spend one-thousand gold to open up a new killer to use in the levels. 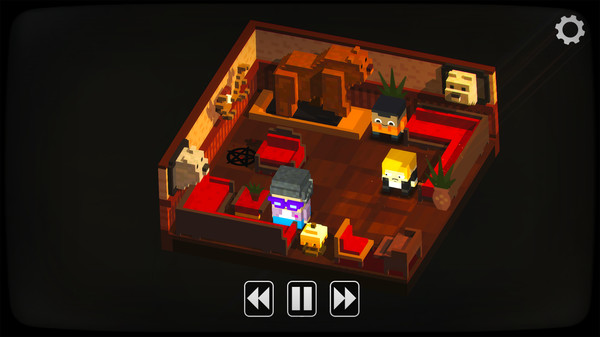 Now, after you complete a movie, you can go back and replay it as many times as you like. Plus, there are deleted scenes for each film after you beat them the first time. They are harder versions of levels from that film. I like this feature because once you get done with all the movies and “beat” the game, you can finish unlocking stuff you have not unlocked at all. Speaking of the unlocks, there are currently four downloadable content packs you can get for the game. 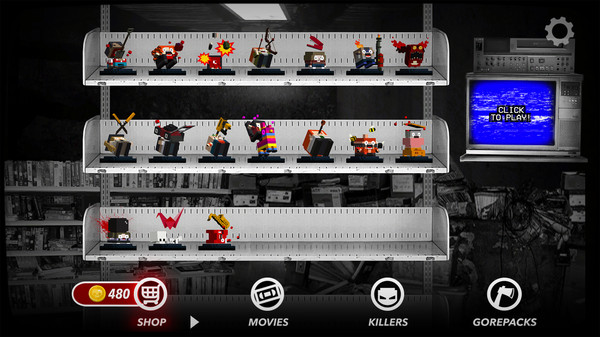 Three of these add in-game content; however, the fourth gives you the soundtrack, artbook, and other non-in-game goodies. Of the three other ones, only the Santa Slay downloadable content added actual new levels into the game. However, all three of them do add new killers, each with a unique killer moves. The Santa Slay pack also adds in several new holiday music tracks Slayaway Camp style. 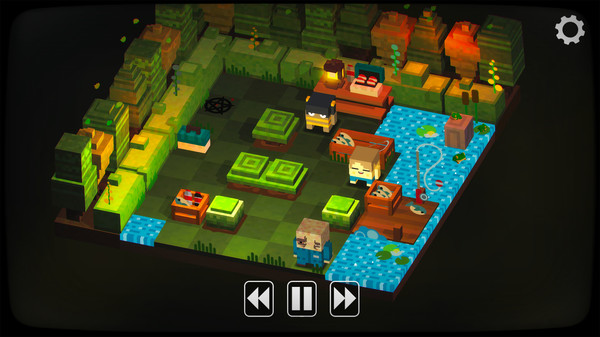 As with all games of this type as you get higher in the levels, they get more and more complex. However, I genuinely love the cartoony feel and approach the game takes. Like for instance, how you kill your targets and their hilarious reactions and expressions. One of my favorites is when they get started by you and run directly into a fire. Another cool thing is at the end of levels, and there is a minigame kill for extra coins that you have to stop the token at the right time on a line. 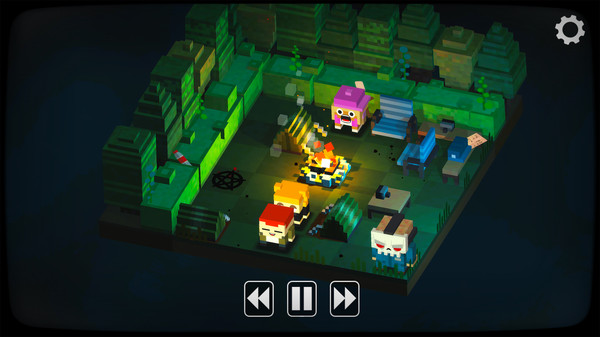 I talked about how cartoony the graphics were, but that’s not doing it justice at all. It’s like comparing an apple to an orange. It just doesn’t work at all, so let’s fix that, shall we. To me, the graphics are a cross between pixels and voxels. The way the devs and artists and other people who worked to make it what it is, did a fantastic job and fleshing out the look of the game. It may come across as cartoony and fun, but it is so much more than that. 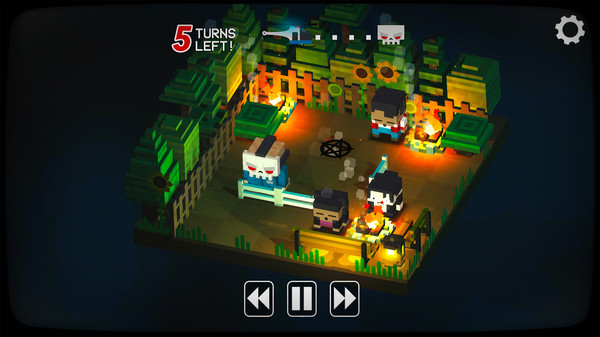 Oh, and let’s talk about the blood and gore effects of the game. For what the game is, they are absolutely delicious and in the right proportions. Well, in some cases I think there could be more, but that’s my personal opinion. Otherwise, the blood and gore, as I said, are right for them. The sound effects and music are well-timed and placed. Especially for the kill moments like someone falling down a hole. Nothing is off time at all with the animations. 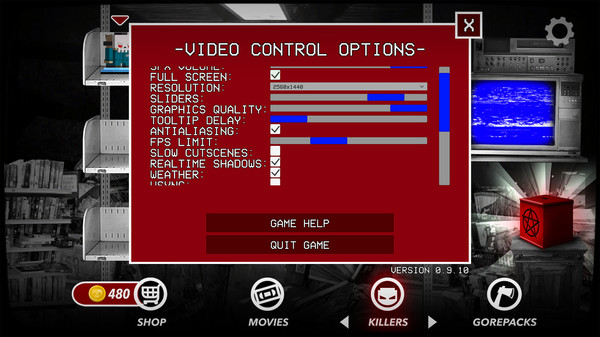 Now, as far as how to progress on the levels, it’s quite simple. You kill until exit appears then move to it. Movement is, even more, more straightforward than that. You press the movement key on whatever control device you are using, and you slide in that direction till you hit something or someone. If that something is a person, you either kill them or scare them into killing themselves. You can also end up killing yourself just as quickly if you are not careful. Also, most missions do not have any move limits; however, there is at least one like that every movie. 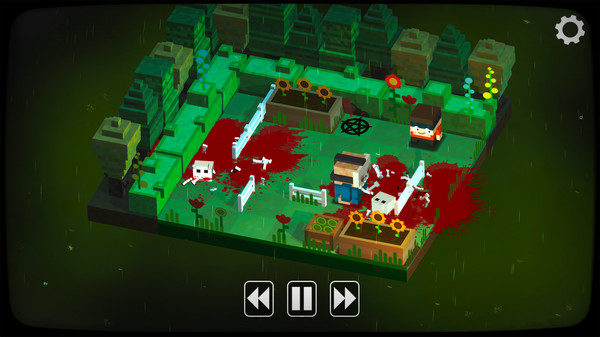 So to wrap things up, Slayaway Camp is a slider puzzler. It pays homage to all the great 80’s trashy horror films. It has simple yet fun and possibly challenging gameplay, the graphics are cartoony without being overly so. The controls are simple and easy to use. The kills are hilarious as well as entertaining. So yeah, if you like an excellent funny yet entertaining and challenging puzzler, then Slayaway Camp is for you.

You can find Slayaway Camp on Steam for $8.99