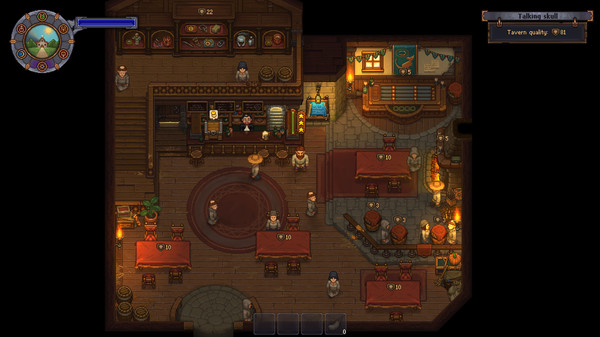 Developed by Lazy Bear Games, Graveyard Keeper is a farm-like simulator that has a darker tone than most within its genre. Being published by tinyBuild, it follows the same formula as some of their predecessors. For example, one of their most well-known games is Punch Club that follows the three colors of experience (red, blue, and yellow). Since its initial launch last year, Graveyard Keeper – Stranger Sins is their first DLC to come out. The DLC expands on the story of why your unnamed graveyard keeper has been teleported to a medieval village. It suggests that your character gets run over a car in the middle of the street.

As I have reloaded my own save file from when I have completed the game beforehand. I was greeted with a cut-scene from our favorite magical skull Garry wanting to wet his palette with some aged alcohol that has been buried somewhere east of the village. Following Garry’s instructions, you find that there is a raised mound of dirt that players have not recognized before. 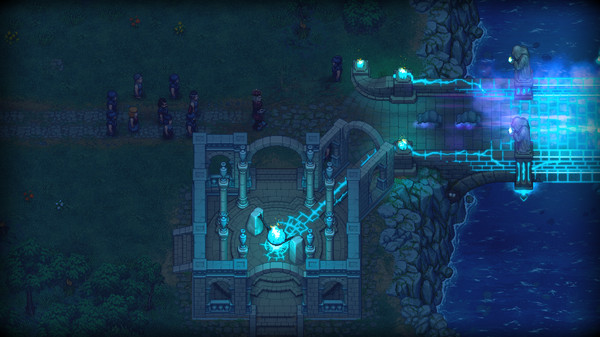 This begins the DLC quest chain on towards building your own pub/bar as you supply or bribe your way to competing with the village’s favorite bar the “Dead Horse”. This instantly made me feel like the DLC is made for an early game to mid-game DLC since supplying the person that is going to build the bar is on the cheap side, but getting the bar off the ground is not the case at all. To entirely run it, you must build yourself a barkeep, yep you read right, you build your own mannequin barkeep that our depressed ghost friend Yorick possesses. Because he craves social interaction and the best of all, he works for free. Thus the “Talking Skull” is open for business! 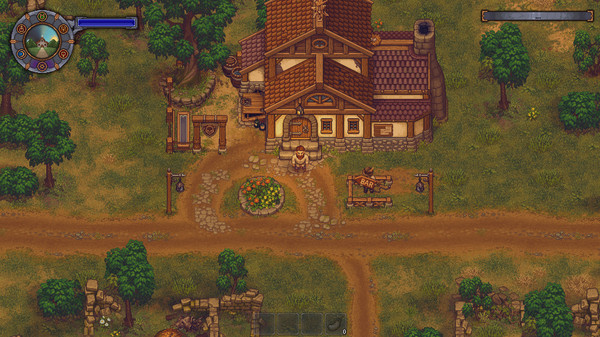 The bar mechanics seem to be somewhat similar to the partnership that your character has built with the merchant but with some minor differences. To sell your alcohol, you just simply place it on your shelves in the basement of your new establishment, and in time, they will be sold to your patrons. In addition to selling your characters’ home-brewed spirits, there is a star meter right beside the bar that will build up with each sale. You can use the star meter (with other ingredients) to promote an event that you can sell food at your bar and more brewskies to the village in a spike of sales instantly. 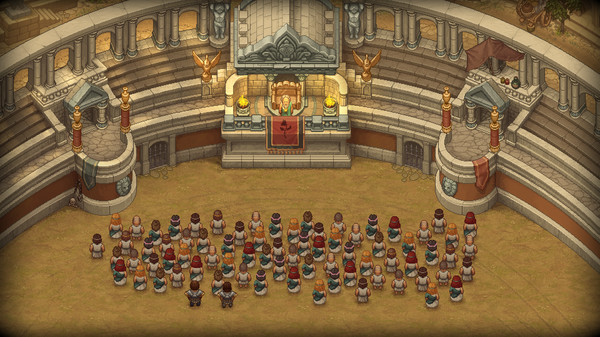 The bar adopts the Cathedrals quality system that affects the popularity of the bar and helps with sales. Just like the previous deal with the merchant, the quality of the bar changes the value of your character’s product. With all of the demands of this bar from the resources you need to increase the quality of the bar itself with nicer tables, to producing your product to sell at the bar, the player can feel that this DLC feels like more of a mid to late game DLC. Though the bar is the highlight of the DLC, we cannot forget the story that it has been inserted with it. With the construction of the bar, the player finds a sphere-like time capsule in the basement that plays the history of the town with each item the player finds from the DLC. 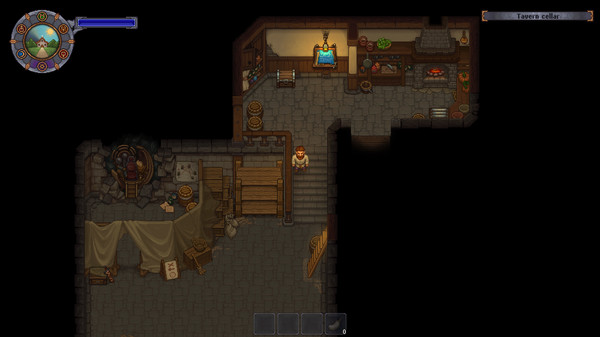 As the player collects these ancient bobbles and gives them to Garry, the player is greeted with cut scenes of how the town once was and how it develops throughout the centuries as the player tries to figure out who Garry was in his past life and how he became our comedic relief friend. The unfortunate part is this DLC once again gives the feeling of a mid to late game due to some of the “fetch” quests the player receives. It requires you to have a certain degree of favoritism from some of the townsfolk toward the player.

In closing, I do feel like this DLC gives a good explanation of how you, the graveyard keeper, came to this world, and the world comes to be on your arrival. Not only that, but the DLC also alters the ending of the game once you have completed it, which puts the player on a cliffhanger and suggests that there will be another DLC coming for this game. Though this DLC gives you more ways to earn money, I feel like this DLC would have been better if it added more unique items for you to explore rather than using the items you have to grind through it. At its current price of $9.99 on Steam I would hold off getting this DLC until it is on sale or you have almost completed the game, and you have thoroughly enjoyed the experience and want to expand on it to learn the lore and history of the town and about yourself as well.