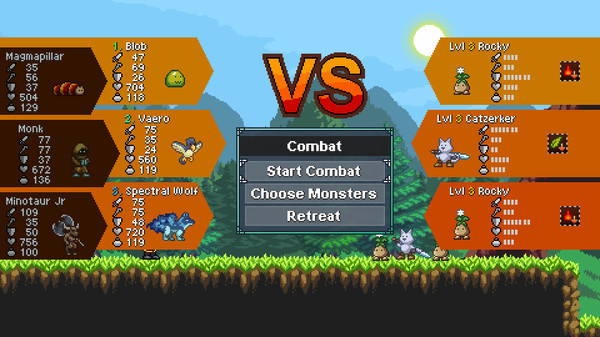 Monster Sanctuary is an Indie game from Moi Rai Games and published by Team 17. It combines what I love of Metroidvania with elements of Pokemon and splashes in some platforming for something unique and new. It released on Steam Early Access on August 28 and had its first content update on October 14. They plan to release another here soon and will reveal bits of what to come as we get closer to the update. As it stands now, the game is said to be about 50% complete and yet still feels reasonably substantial for an early access game. 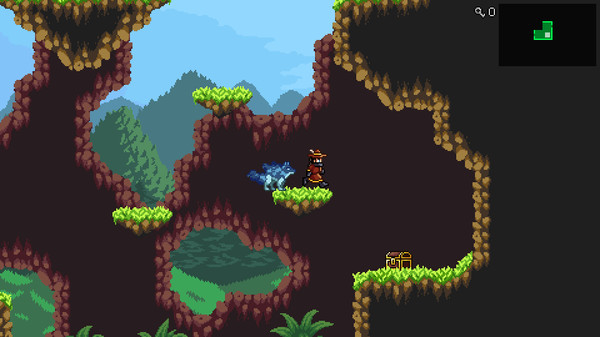 The game takes entirely in an area of the world called Monster Sanctuary, and I see what you did there devs, in which humans and monsters live and work together with other than the ones in the wilds. When you start a new game, you are allowed to choose a male or female character visuals and be referred to as your gender in the game. I couldn’t tell which was which because it was not apparent to me at the start. Of course, after you choose one, you get to name yourself, and once you confirm your name, you’re greeted with semi cut-scene explaining the world of the game. 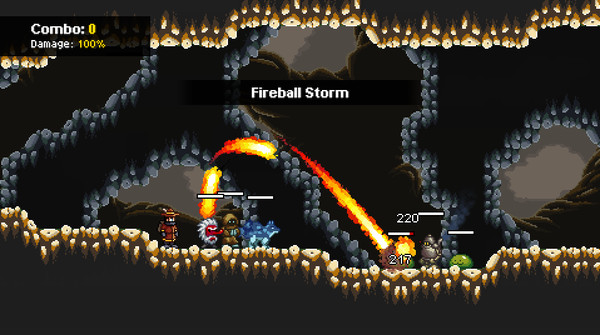 Once that is finished as in typical Pokemon fashion, you can choose from a select number of starters. Each one represents one of the four oldest familial bloodlines in Monster Sanctuary. They will be your first monster and serve as your companion for story bits of dialogue. They also serve as the intro tutorial explaining the beginning features of the game, which are movement, battling, and hatching monsters. Yeah, you heard me right hatching monsters instead of capturing them. 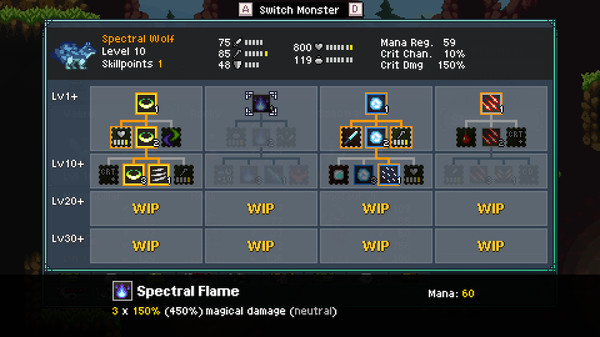 This system is what makes the game different than anything similar to it. Instead of capturing monsters each time you battle one, you have a chance of getting an egg from it, which will hatch into that monster. Moving to another feature that makes this game unique, and that is the battle scoring system. The system grades you on how long you took, how well you did, the healthiness of your team, and what buffs and debuffs you applied during battle. The system calculates all four together and determines a star rating of one to five. The higher the score, the better the chance of rare rewards for winning the battle. 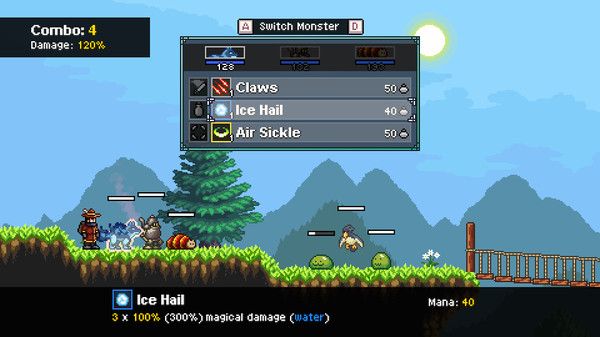 Now let’s talk team and collection for said monsters. You can have any number of monsters you want on you at any given time. However, you can only have six in your party and only take three of those six into battle. Outside of one the features, you unlock after defeating your third champion (boss monster); you cant use all six of your party in a battle. Honestly, I would love to see them add in where you could do this outside of that feature in the future, but for now, it does work and give the game a challenge. 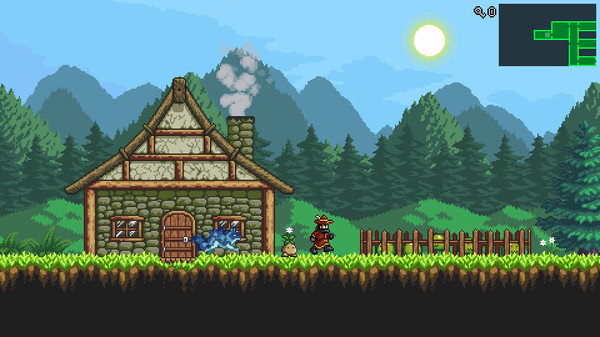 Ok, so next up is its discussing stats, abilities, elements, and skill trees. So got stats we have Attack, Magic, Defense, health, and Mana. Attack governs your physical attack damage, whereas Magic does the same for the magical attack. Defense, Health, and Mana are the same thing as you expect for anything RPG wise. The elements I ran across in the game while playing it for review were your standard Air, Eart, Fire, and Water; however, they also have subtypes like Ice, Thunder, Etc. Abilities and Skill Trees work hand in hand because you can learn the skills from your skill tree that is present for every monster. As your monsters grow, they gain a skill point per level in turn, which you can use in the skill tree. It is not just abilities in the skill tree; some things improve your stats, give passives such as a chance to block and take an attack for another monster. Currently, the max level in the game is 25. However, the final tier of the skill tree of each monster is not in the game, but as I stated earlier, the game is only about 50% complete. 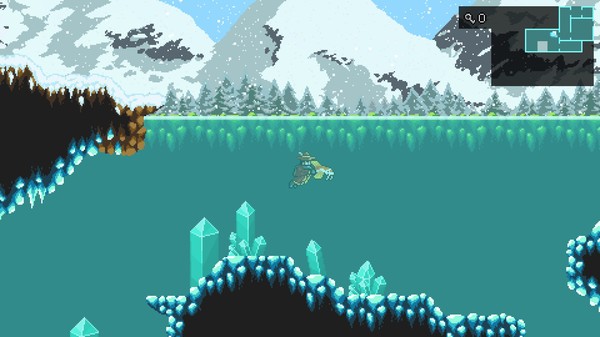 The combat cans not be avoided, but I do not recommend this at all; by this, I mean you don’t touch any monsters, and the battle will not start. When combat begins, you choose three out of your six monsters in your party to take into action with you. Once inside, you can not switch them out, which is a double-edged sword, in my opinion. I mean, it’s great because it limits cheesing boss fights and wrong at the same time because if you make to many mistakes, you have to start the battle over from scratch. The actual flow of combat, though, is just like any turn-based RPG. 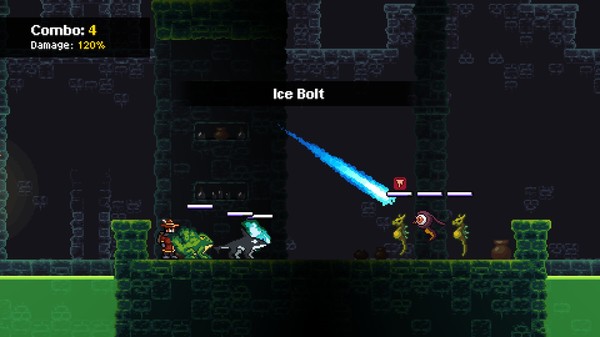 Now for the most tasteful part of the game, and that is the graphics. It is know how much I love pixel graphic style games, and the artwork for the game is impressive in that respect. The colors pop just right in the right spots and bleed seamlessly with the others around it. Only thing I would change with them maybe make the animations more pronounced in some the monsters, but the majority of them are perfect. The music fits with the areas and sections it plays in and would love a soundtrack of it. 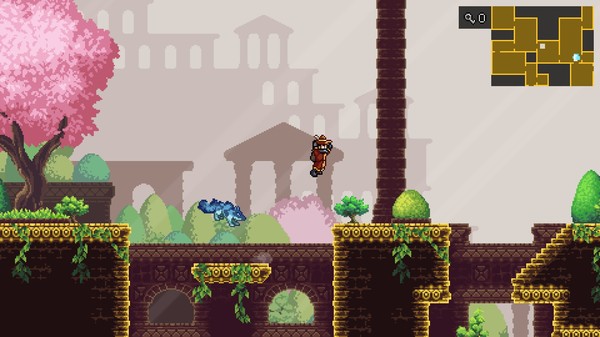 So we got a unique take on Metroidvania games with some excellent RPG elements. The monster raising aspect of it is a beautiful step away from the usual. Combat flows well and is easy to learn. The pixel graphics are magnificent in all their pixel glory. The music enhances the areas and sections it plays in. So while it is an early access game, it is well worth getting it now. So yes, I wholly recommend this game to anyone who loves Metroidvania and Pokemon style games.