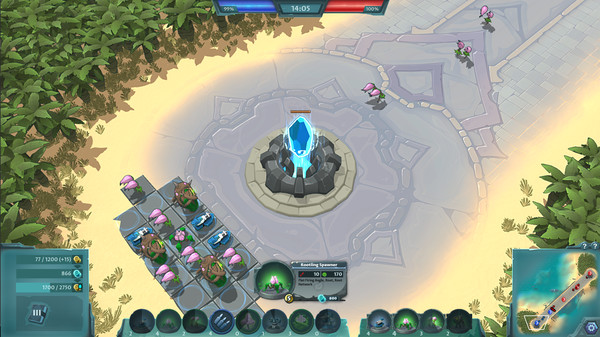 Rise of Legions is a F2P hybrid game from the developers over at Broken Games and published by Crunchy Leaf Games. It mashes together the features of a MOBA, Tower Defense, and Deckbuilding games into a glorious mess of goodness. I had the joy of playing during and after its stint in early access on steam. I can vouch for the love the creators have for their game. It has several modes of play that fit every player’s sense of taste. You can play solo against other players, play with a friend in a 2v2, or take on the Golem Challenge by yourself or with a friend. 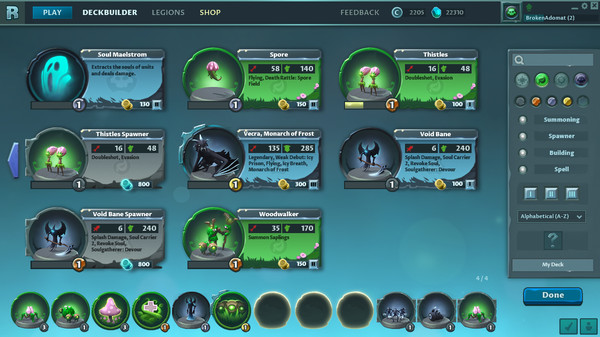 What’s interesting about the PVP is that it matches you based on the tier of your deck, not your skill. This matching in itself is a potential drawback because your highest tier card determines your deck tier.
For instance, if your tier is Silver, but you only have one silver card, you could be matched against someone who has all silver cards. It is a fair way to match but not truly fair because of this potentiality.
Granted, if you know what you’re doing, this can be offset. 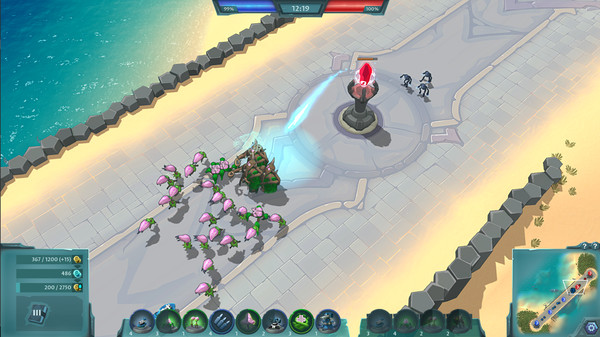 The tiers of the cards are Stone, Bronze, Silver, Gold, and Crystal in order of lowest to highest. Each tier also has five levels of experience before it can tier up. You can increase experience in two ways, either by using it in a match or sacrificing extra cards to give it exp. Now you can receive cards in one of three ways; as a reward from a match, in the vendor store, or even as rewards from quests. The Card Vendor is a very interesting take on card crafting for me. You start out with all the Stone Tier cards unlocked, and by doing certain actions in matches such as using a spell to do x to x times, you unlock more cards. 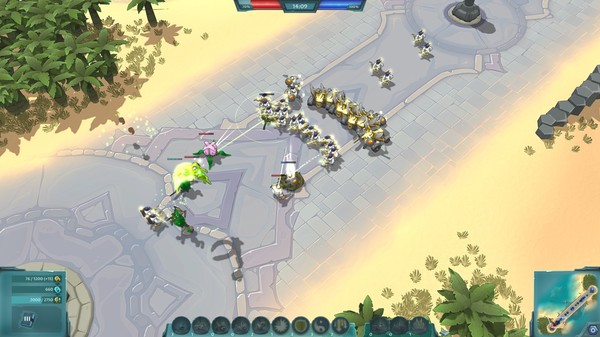 Another point about the cards they are further divided into three classes I call small, medium, and large. Basically, small units/spells are available at the start of the match, after a while medium is unlocked 3 minutes in, and at 6 minutes in large are unlocked. Currently, there are five factions, called legions, each with its unique units. They are White with its humans, Black with its undead, Green with its plant/nature, Blue with its mechanized units, and Crystal with its granite and crystal units. 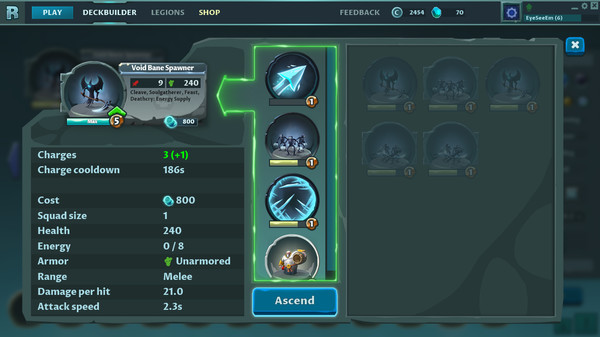 Now, as far as the type of cards goes, you have your minions you can summon, buildings you can summon, spells you can use, and spawners you can place. You can have a mix of 12 different cards from any type in your deck. The way your deck works in matches is by spending mana and essence. You begin the match with a set amount of each which you use to place your first spawners and summon your first units. Mana generates over time, and you gain essence as you spend mana. 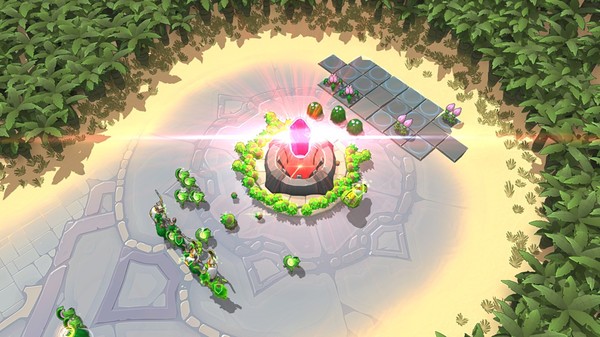 To describe the way battles work, I will use the 1v1 mode as an example.
The way the map is laid out is with each player at opposite ends of a lane. Each player has a nexus, a grid to place spawners, and a tower to guard the Nexus. There is a location in the middle of the lane which can be captured by either player and a tower summoned. This occurs when you destroy an enemy’s tower, as well. The Nexus and towers a player controls exude an area where your units can be summoned. This locality, however, does not affect spells as they can be cast anywhere on the board. The object of the match is to overwhelm your opponent with your might and destroy their Nexus. I mentioned quests earlier in this review but did not explain how they work exactly. They are divided into Weekly, Introduction, and Daily types. Weeklys are like win 25 times, Introduction ones have you use features of the game, and Dailies are like win X times with X color. 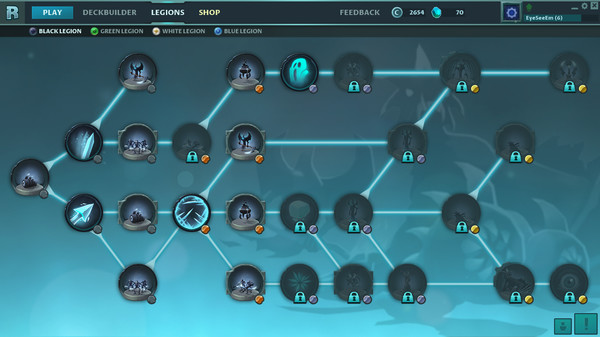 Dailies also grant credits and cards as you complete them. Weeklies give you crystal, which is the premium currency. While the Introductory quest grants both crystals and credits, both currencies can be used to buy cards from the card vendor, upgrade cards, and buy icons from the shop. However, only crystals can be used to get skins for units and premium time, which grants an increase of 150% to credits and experience at the end of a match as well as extra rerolls to daily quests. There is an option to buy crystals to help support the game for real money. However, this is solely left up to the player because it is a F2P game. 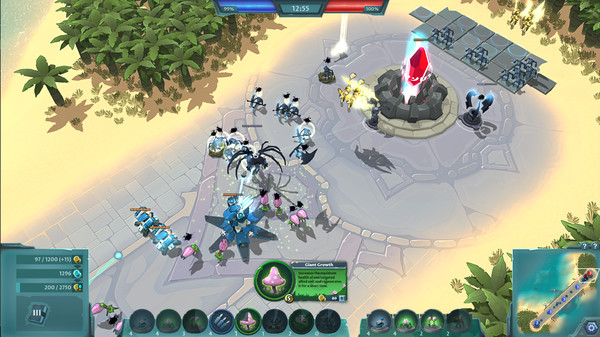 The UI’s work very well for what the game is and is not clunky at all like some other games which will remain nameless. The colors for all assets in the game have vibrant tones and are easy on the eyes. What I mean by this is that you can look at them for extended periods without your eyes hurting. The music in the game could use a bit more variety to spice things up. In fact, other than more music only thing I would change about the game is to add more skins and factions. With it being F2P, I do recommend this to everyone to at least try the game because you have nothing to lose except time spent playing it.

You can find Rise of Legions on Steam.