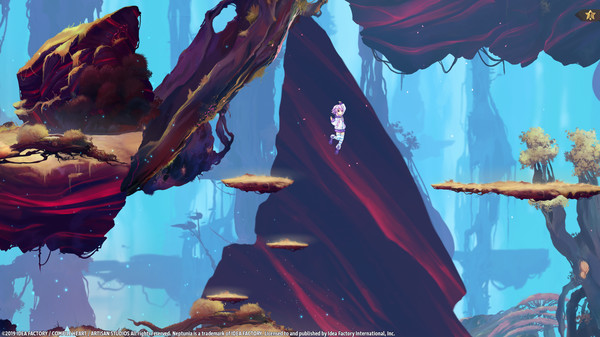 Please note that this review will pertain to both the PS4 and PC versions of Super Neptunia RPG, so a section talking about both versions will be included later in this review.

Neptune and her friends are no stranger to the world of RPG’s, as most of the core storyline stems from the RPG world but Idea Factory Int. wanted to throw a twist on the franchises most played game genre, and they indeed did that with their newest entry into the series. Super Neptunia RPG is an action-based anime RPG developed by Artisan Studios, later than released by Idea Factory International. This 2D spin on the classic themed RPG story takes a large number of risk, but while not all risk worked, the ones that did shine through. 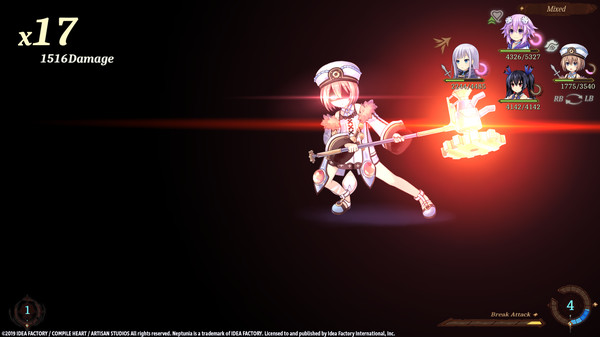 Like a portal in time, the story of Super Neptunia RPG Takes elements from some previous stories in the Neptunia universe and adds a new twist to it, making it it’s own story. We, the player, begin with an odd dream-like sequence in control of Neptune in her CPU Purple Heart form before it fades away, and we are awakened to an olden looking form of Lastation, where a guard in uniform awakens a now amnesiac Neptune. After being brought up to speed about this world and the one who governs it, Bombyx Mori, Neptune sets off but finds more trouble than good when she runs into Chrome, a girl who seems to know more than she talks about and an odd floating book called Historie, as the two escape. Now with Historie at her side, Neptune must take off on a grand adventure, meet up with familiar faces, and learn more about herself, all while trying to stop Gameindustry from becoming 2D forever! 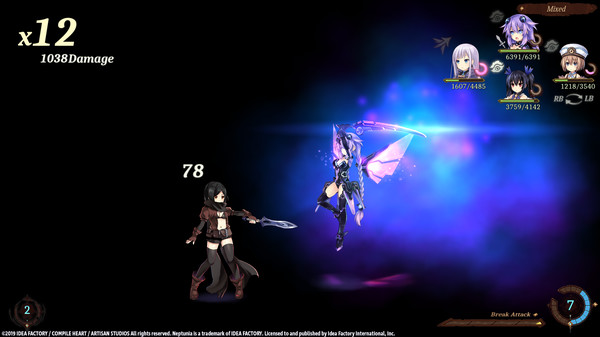 While at its core, Super Neptunia RPG is one of the more unique and interesting stories in the Neptunia universe, but it is not a perfect story. Let’s talk about the biggest flaws of the story itself, mimicry. Mimicry, while a term one could say, is more on the extreme side of the spectrum, fits for me the beginning of the game’s story very well, and acts as a double-edged sword. On one point, it takes stuff from older storylines and reuses it in a new, cleaver way, something I personally appreciated. Still, on the backside, it almost feels like a retelling with a twist that feels like a lazy rehashing, something others might dislike. 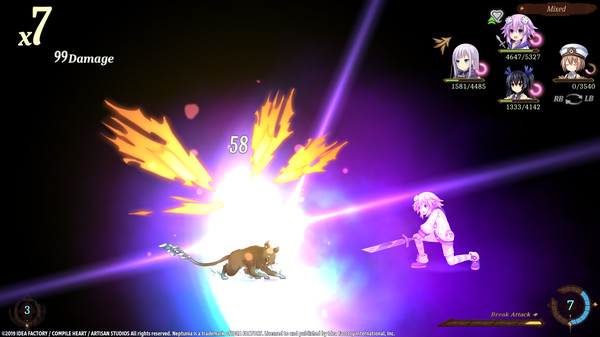 With a stick in hand, the gameplay of Super Neptunia RPG takes the form of a more traditional 2D style RPG, which at first felt off but is a quick style of acclimating to over the first few battles. To begin, let us delve into the hub towns or cities like Lastation. Each town has two main shops, weapons/armor, where you can buy new equipment, and the traditional vendor style, where potions, cures, etcetera can be purchased. Each town also has an inn or guild building where you can take on a quest to compete to receive rewards and progress the story. You can also receive a quest from people throughout the world to do as side missions, and these usually offer more unique rewards but not as much experience by completion. 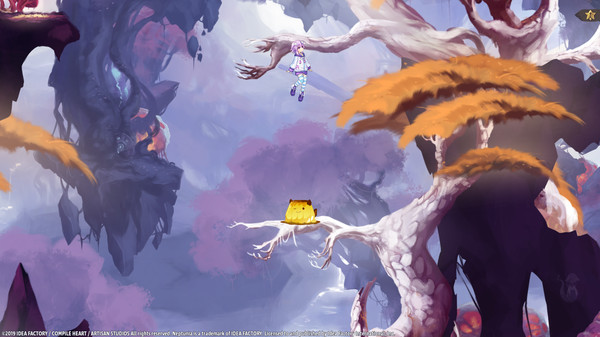 Once you have left the city, you enter a portion of an area you can explore to fill up the world map of that area. These areas consist of more exploring and battling, which tend to be 70% of the game’s main focus. While exploring, Neptune and the gang have access to a special dash move to help make those long-distance jumps you could not normally make, a swing ability to get the edge in combat and a jump, which can help in the games various platforming challenges. 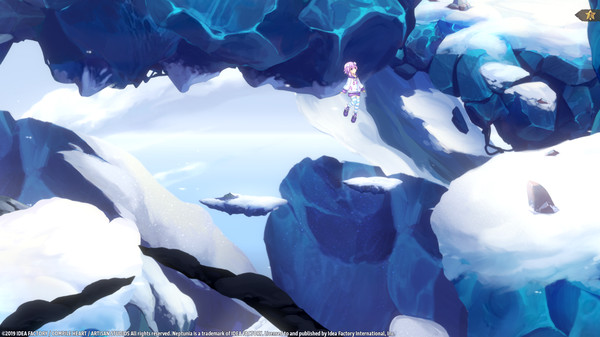 Combat is the biggest gameplay mechanic change, and while it may seem tough to get down, it is quite simple in the method. Instead of more traditional light and heavy attack style gameplay, your attack buttons are linked to each different character in your party, with abilities attached to a different face value that you can change in the main menu. You also cant attack freely, as you required action points, or ap to make moves. These points do build slowly on their own in battle, but for the impatient, a speedup button has been assigned that you can use to get ap faster, just at the risk of enemies attacking you while you speed up the time. Item usage in battle is also different, as you must select the item you want to use, then select the character to use by the matching button for the character in question. 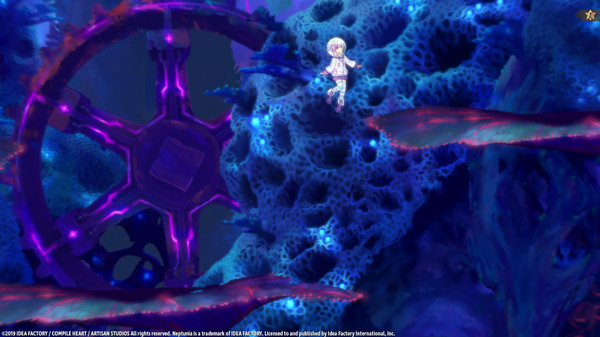 Now, with all the gameplay’s mechanical differences, there are a great number of fun elements but also a few that do not work as well. The first element I want to bring up is the slowness of the action point generation outside the speedup function. While I feel this was added as a challenge for the player to learn to manage how to best use their action points at a given time, it makes the speedup button a necessity to survive the later battles and even some boss battles in the game. Another small but more of an issue I had with the game was the pause menu being attached to the start button of the controller, instead of the Y you triangle button. Most modern RPG’s I have seen have pulled away from the reliance of the start button for menus, and while I felt this was a more of a personal issue, I felt the idea of throwing back to an era where 2D games did use this was nice but ultimate a minor blunder. 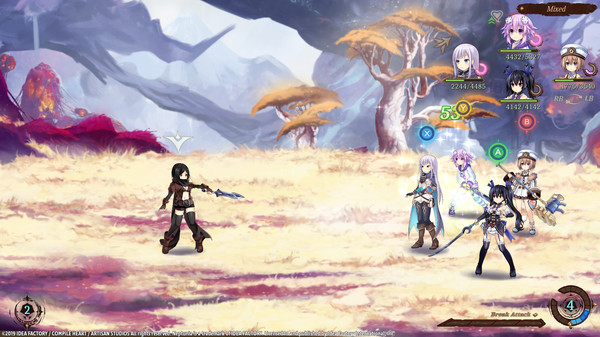 Stepping away from the darker tones of previous titles, the visual presentation of Super Neptunia RPG goes to a more colorful and detail expressive design, something I felt made this game stand out on the market. Visually, I was impressed by what Artisan Studios was able to do, taking multiple flat but colorful and expressive layers and making a virtual pop up picture book essentially. The characters and creatures stand bold against it, but never so much that the details get masked from the player. The transition to 2D for Neptune and the other characters in the game was one of my bigger concerns, as this was a new treatment for the girls. Still, ultimately, I felt like each character turned out great, retaining many of the detailed and expressive qualities they have in 3D. 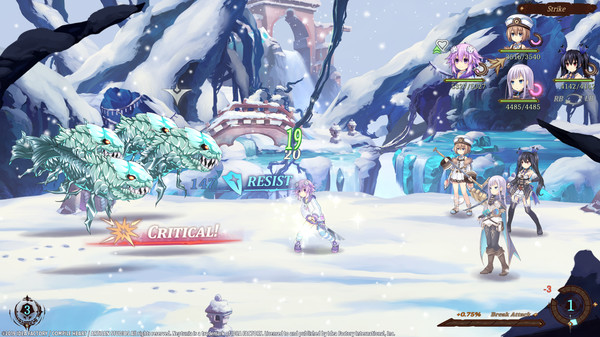 While previous entries of the series played well with the 8-bit and electronica style music Neptunia is known for, the classical store composed for Super Neptunia RPG as a soundtrack stands strong and fits the old-school 2D elements well. Musically, I was concerned regarding the classical vibes of the piano, woodwinds, and string instruments and what they would bring to the table for this game. Still, as a whole, I can safely say while it doesn’t work in all elements, it works for most and pushes a focus on the locations you visit. The sound effects to me felt right at home, with more traditional slashing and magic type sounds but ultimately get lost in screeching, which is the fast-forwarding sound used in battle if you choose to speed up time. 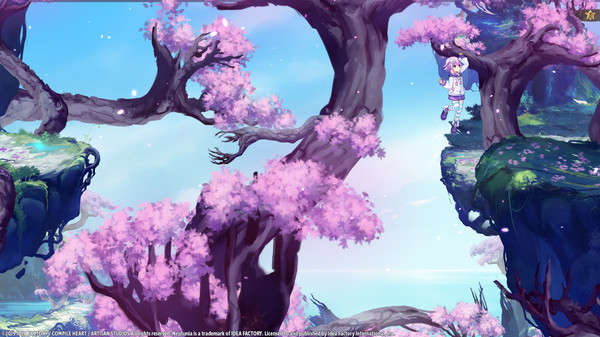 As I stated earlier, this review does stand for both the PS4 and PC port of Super Neptunia RPG, so let us break down the major differences you should expect with each version of the game. Starting with the PS4 port, this version is more portable than the PC variant. The only major differences to the game I really noticed were game loading speed, some odd sound clips every now and again, and the occasional crash, but this was mostly due to limitations of console hardware.

The PC port, however, brings its own faults to the table as well, mostly in the key bindings preset to the game. While this port has the advantage of faster game loading times and little to no crashes at all, it does suffer from the same occasional sound clipping issues. If you choose to use the keyboard, playing around with binding will likely happen once or twice till you find something comfortable for you.

Ultimately, the PC port is the version of Super Neptunia RPG I can see most people playing, especially speedrunners due to the faster loading times. Still, I will heavily recommend playing on a controller if you are able, as it saves time with the keybinding issues of the PC port. The PS4 port is not a bad choice, especially for its portability factor. 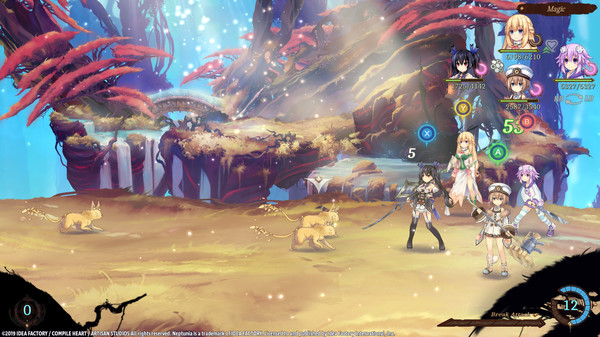 Overall, I found Super Neptunia RPG to be a refreshing and nice overall throwback to an older style of RPG, utilizing multiple layers of background to create a very expressive and detaIled visual flare. The graphics are tied together with a story that feels unique but potentially reused, though still fresh in execution. The unique and interesting story, a 2D throwback in gameplay mechanics, beautiful use of layering in the background to create dramatic effects in the world and a classically themed soundtrack to keep the 2D feel makes for an experience worth the price of admission for fans of the series.

For the price of $49.99 on Steam and $49.99 on the Playstation Network, I can highly recommend Super Neptunia RPG to classic 2D RPG fans, with an air of caution as the Neptunia series is not everyone’s cup of tea. This is a solid entry point, as it does not tie itself to the detailed heavy lore of the core four games of the series.