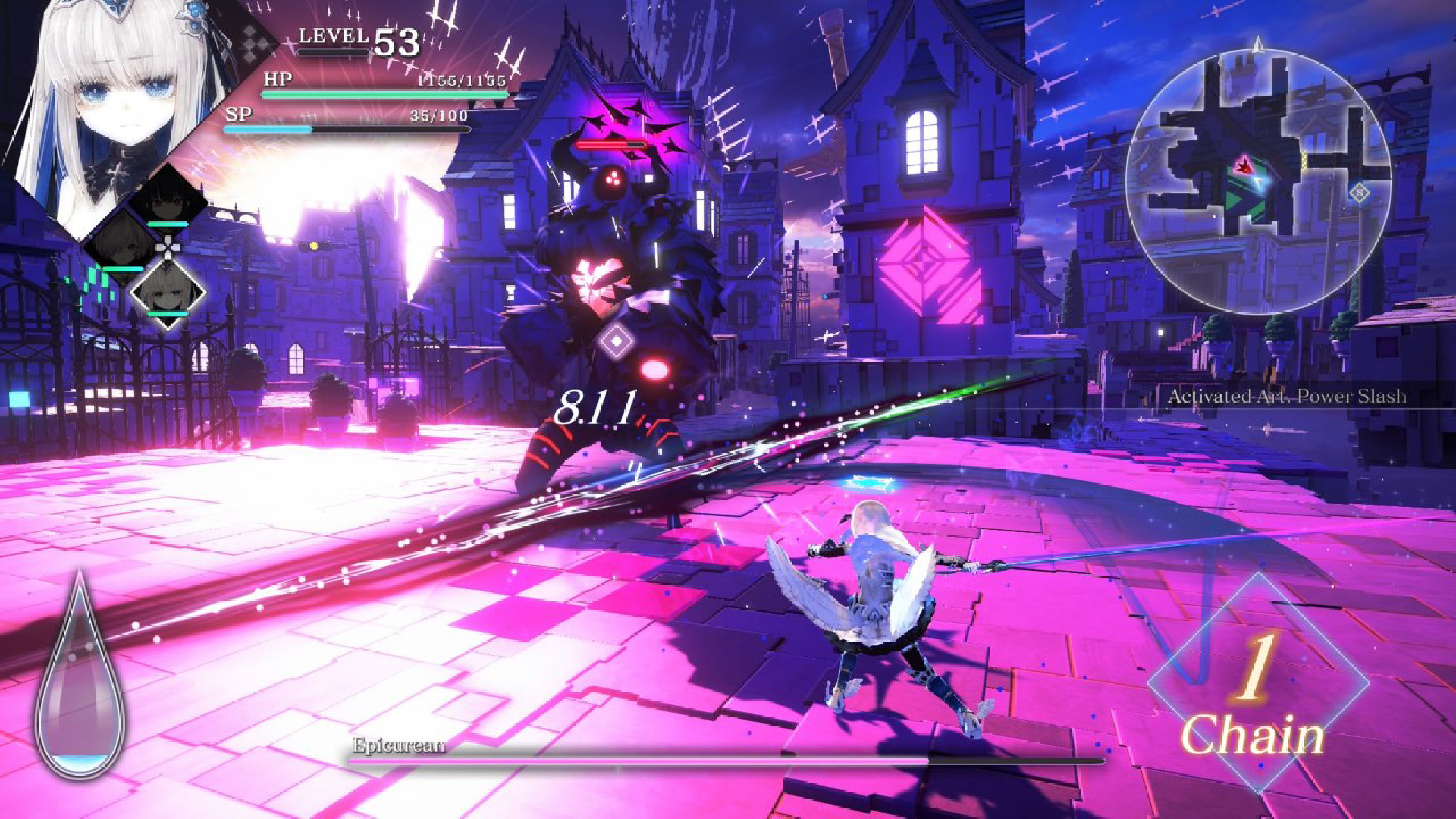 Most action RPGs, while they set up a base story from the start, tend to start it on low and eventually become the full-bodied version by the end of its run time, but every so often, an RPG will change up that formula and make a unique twist behind that story. Crystar is a hack and slash action RPG developed by FuRyu and Gemdrops, Inc., later released by FuRyu and Spike Chunsoft. Crystar is a unique experience as an RPG, using both the hack and slash combat mechanics system and a story that stands out from other games of the genre, but does not always hold to its gun.

Like a butterfly flying in an unknown world, Crystar’s story starts as a guilt trip and a need to fix what has broken, leading to a satisfying, if not moral compass decision of a journey that works in some ways, but not entirely. We, the player, start as the sisters Rei and Mirai, who start in the form of butterflies but slowly change back to their normal forms through the power of thought. The two eventually discover they have entered a world known as Purgatory, and after being chased by a monster, gaining the ability to fight and losing Mirai, are “saved” by the two managers of Purgatory. With a faint promise of offering to help Rei get Mirai back, Rei agrees to use her powers to work as an executioner, reluctant at the task ahead. Never take anyone at face value though, as the player will see going beyond this point. 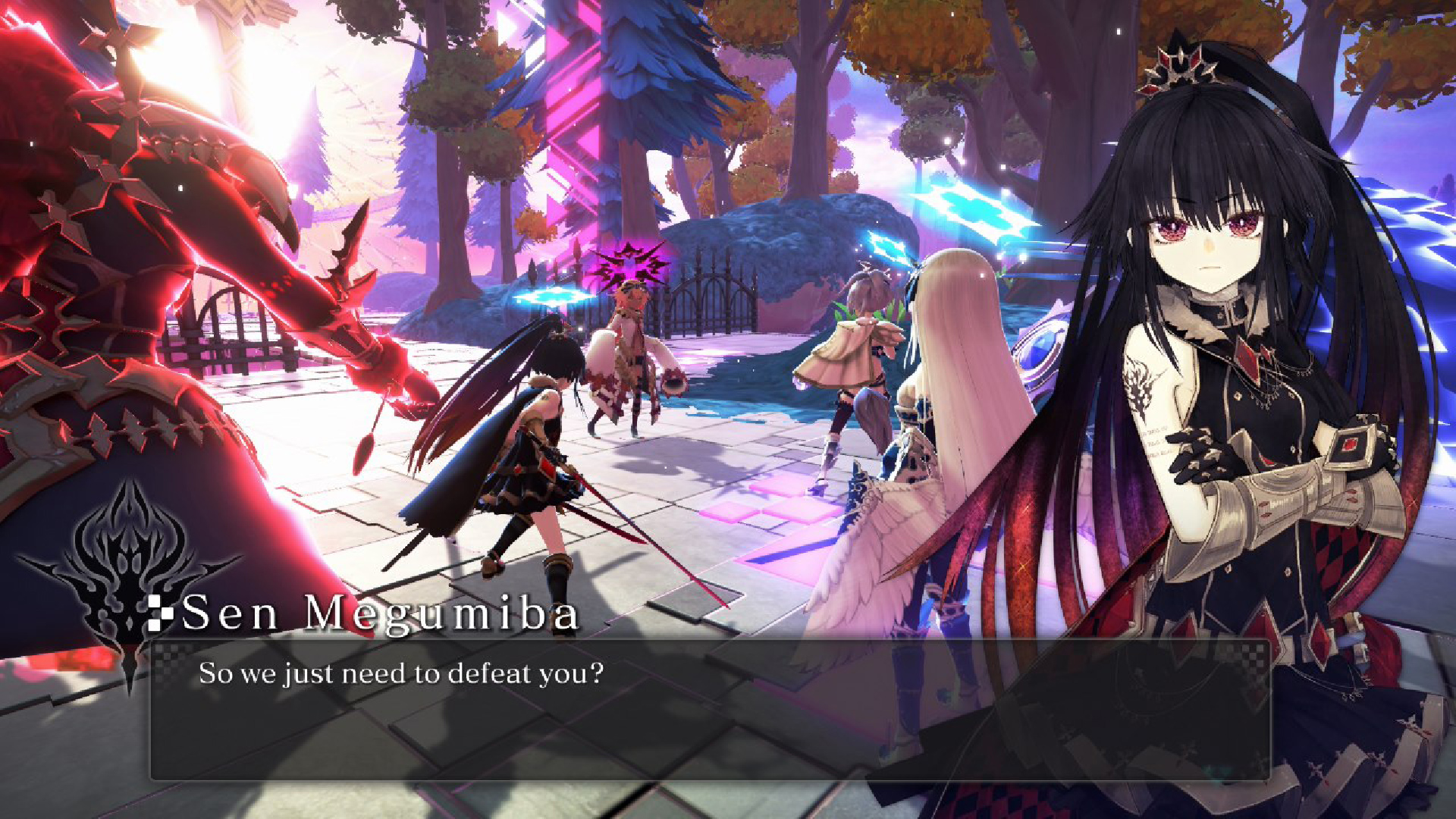 While saying Crystar’s unique twist on storytelling is unoriginal would be very unfair, it is not perfect. It does have its spots of weakness, the most noticeable being how lucrative Memphis and Pheles act throughout the adventure. These two are the so-called managers of Purgatory. While I felt they added a much-needed presence to the character roster, they also were two of the most lucrative characters and felt like a big puzzle that the player has to solve just as to what their actual intentions are.

Now with a sword in hand, Crystar’s gameplay is easily one of the more satisfying elements of the game, with it being divided into Rei’s room, a hub world for the player and ordeals, the areas of Purgatory Rei and company get sent to. Rei’s room is, as I stated before, more or less a hub for the player to perform various tasks that can’t be done in Purgatory. These tasks include the ability to purify, as well as fuse together and modify sentiments found via torments in Purgatory itself, change each of the girl’s costumes that are shown while in Purgatory. Additional tasks include listening to the game’s soundtrack and, best of all, play with Rei’s dog friend Thelema, which was a really cute addition to this area of the game. 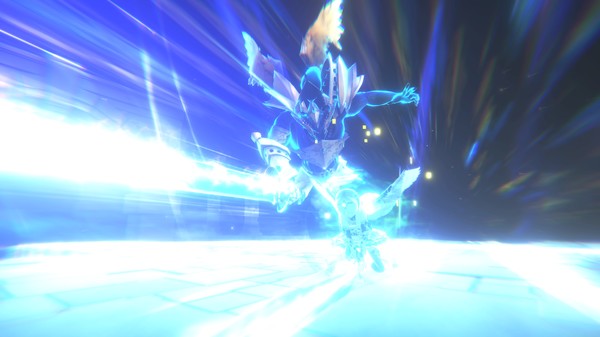 Entering Purgatory, combat, and dodging becomes your number one priority as you explore the sometimes massive levels of each ordeal world. Each ordeal is broken up into smaller segments that become available to enter once the previous one is beaten, with varying floor layouts and enemies awaiting. Combat acts like your traditional hack and slash game, with light attacks, heavy attacks, and spells you learn as you level. The tear system, allows the player to enter a powerful mode where their guardian is fighting alongside the player for a limited time as well as enabling a special but powerful move to be used for a large damage attack. 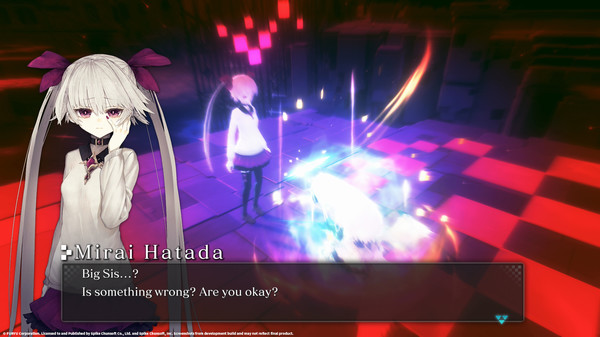 On occasion, the player will run into a revenant that has a strong glow. This type of revenant has a soul, or torment attached to it and can be killed to drop their torment. Players can purify these torments to get items called sentiments, special equipment that only can be used by one person. The equipment is made stronger with other copies of the same sentiments, alongside broken fragments dropped in the ordeal worlds or bought while in an ordeal by the shop keeper at the start of each ordeal. This is the only way to get new equipment beyond accessories in the game, so finding and killing them becomes important as you go further into the game. 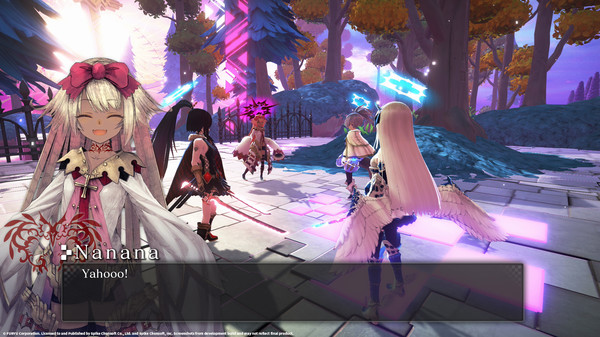 Even with how satisfying Crystar’s gameplay can be, it has a few flaws to it that can take away from the game experience. The first flaw is just how repetitive the combat can get over the game’s easy ten-hour plus time span. While I personally enjoy hack and slash games, because of the combat and its ease of entry, they tend to become stale at some point during the gameplay, and Crystar is no different. As, by the 3rd set of Ordeals, I had to use more magic to break up the flow of slashes and punches that was the combat. Following this was a random chance element of the guardian system. The guardian serves more than one use in the game, but one of the features that I saw less than five percent of the time while playing was the attack upon being hit or block attack feature. This on paper seems like a cool concept, and when it did happen, it was often a saving grace, but it was seen so few times, I forgot it existed at times. 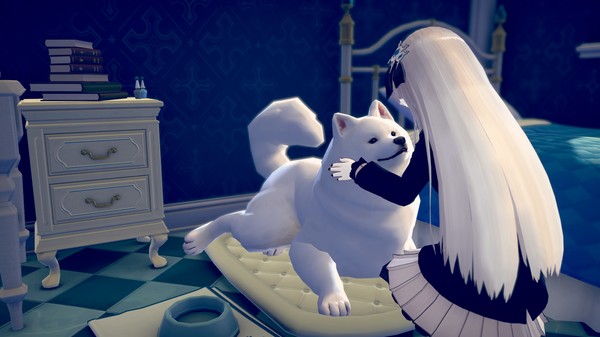 With a 3d rendered art style that stands out from the crowd with its practically hand-drawn elements, the visual package of Crystar is one that is both beautiful and interesting to look at. Visually, I was in awe at what Crystar was able to accomplish with this art style, as many, if not all of the elements retained this hand-drawn feel to them, even in the 3d designed environment. The backgrounds in the ordeals were all different per ordeal world, themed to match certain characters.backstory and memories, like the looming belltowers and multiple windowed school buildings of the second ordeal world. Each of these worlds was also colored appropriately to match the gloom and despair of the world around them, something I felt was a nice touch with the art style. Character artwise, the models were given enough detail to be different from each other, the biggest detail of this being their eyes. Something unique to each character is that their eyes have a constellation type design in them, something I noticed right out and really enjoyed, as it made the characters truly stand out. 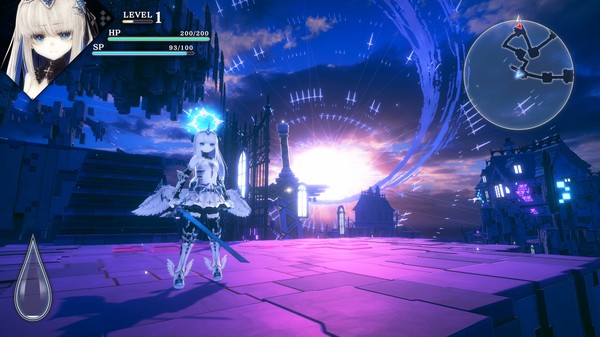 With a wide scope of music in use, the soundtrack to Crystar, while very diverse and one worth a listen if in Rei’s room, is overshadowed by the sound effects in the ordeals more often than not. Musically, The soundtrack for Crystar was something that caught me off guard. I expected mostly classical pieces with more traditional instruments like the piano, wind, and strings to be the forefront. While yes, this is true for some songs in the soundtrack, there is a surprising amount of depth to the instrument type used with guitars and drums being added to some pieces for additional emotional effect. The same cannot be said for the sound effects; however, while good, it quickly became an intense storm of sounds when in combat. The sound effects were on point, in terms of actual sounds like slashes, the clanging of metal verses metal, but when you put the soundtrack and sound effects together, it became quickly overpowering.

Overall, I feel Crystar is an example of a game where most of the elements are great to amazing, but then the few elements that are not don’t kill the game, but lower it as a whole from potentially being an easy ten. The standout story with excellent writing, deep character development, fun and easy to master hack and slash gameplay, the beautiful 3d art style with small hand-drawn elements mixed into it, and a soundtrack that is diverse and unique make for a hack and slash RPG worth investing in.

For $59.99 on the Playstation Network, I can highly recommend Crystar as a hack and slash action RPG, especially for its standout story and easy to pick up and play gameplay, alongside the cast of characters you meet along the way.