From games, movies, music, internet, anime, and pop-culture since the early '90s,I have been playing and enjoying the stories and adventures from an early age. 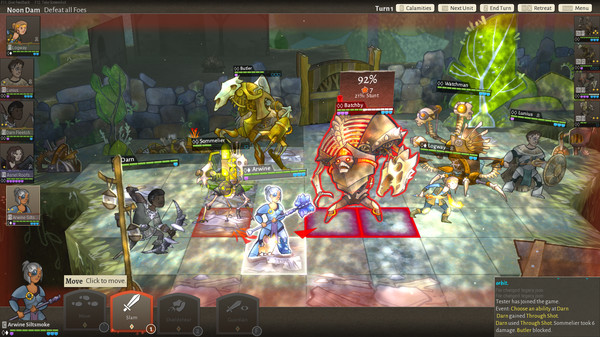 Wildermyth is an early access tactical RPG that uses randomly generated elements to drive the story and progression in an enjoyable and challenging experience. Wildermyth takes its simple visuals to create a tabletop feel to provide wide choices in the random generations of its maps and heroes you control. As you complete chapters in a campaign, your success is rewarded, and drawbacks are felt with every randomized event that can affect a hero in the party before given a new objective for the new chapter to complete it. Those that have had experience with games like XCOM or Dungeon and Dragons style games will feel right at home and would enjoy the twists that it gives for being a fantasy setting with a unique story and world the devs have created. 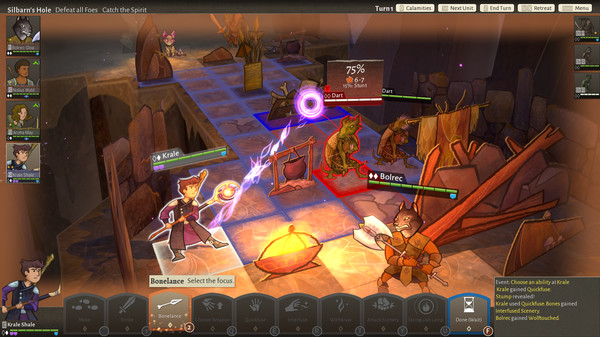 Wildermyth’s story mode is divided into different stories taking place within the same world. Each story is of a different hero from a different land. You offered one of three classes in the game a warrior, a ranger, and a mystic. The classes themselves are straight forward as the warrior is for close range, the ranger for bow attacks, and the mystic as support. Mystics in the game operate very differently compared to most arch-type mages from games as the main focus of the mystic is to infuse random objects, cover, fires, or anything else on the map to then use those objects on the enemy. Depending on what the objects are made of, you will be given a list of spells that can be cast from them. Possible spells range from tossing the fire from a campfire or shattering something made of wood as if its a bomb. It allows the mystic to take cover or objects around the enemy or friends and use them against the enemy. Weapons types vary greatly to give different effects that can be beneficial to the point you don’t want everyone to wield a sword or wear the same kind of armor. As you complete battles, you level up and will select one of three random skills of their entire skill list. Meaning it would be very lucky to have two characters sharing the same skill sets or advantages. Mix this with random events that can happen to your group, and you can have very unique heroes you may not even have in another playthrough. One of my favorite ones I had was one that gave my warrior flaming arm that he could now use as a flamethrower for his attacks or to just light an area on fire. Not all events are pleasant and not as permanent, but this does make you want to take the risk. A drawback is that you will encounter a lot of events in another story, but you still won’t get to choose when it happens or who it happens to. Some events can grow friendships of your heroes. On the world map, you slowly uncover areas and protect them as your own as they give resources at the end of a chapter. 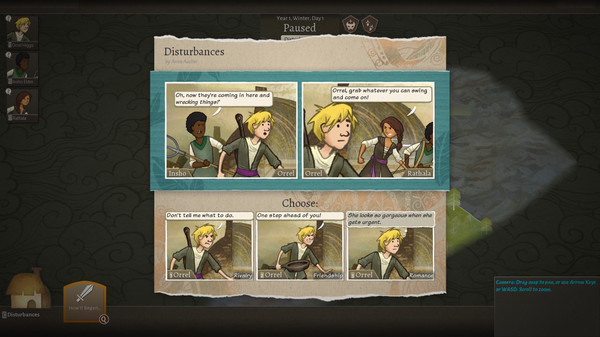 The resources can vary greatly from each playthrough as I found myself having more X type of resource that made me focus on having more of one class than the others. The enemies can cause havoc to an area call incursions. These are meant to make you be on the defensive. You can have a max of five in a party as you can recruit and find more to fight with you, but you can also divide your heroes into other parties or even by themselves. Over time your heroes do age and the enemy gets stronger making time vital as you decide what to do next. Traveling, Making bridges or tunnels to other areas, and controlling a new place can take large chunks of time to really make the incursions successful just by them attacking a place where no one can reach in time or would take too long to go back. 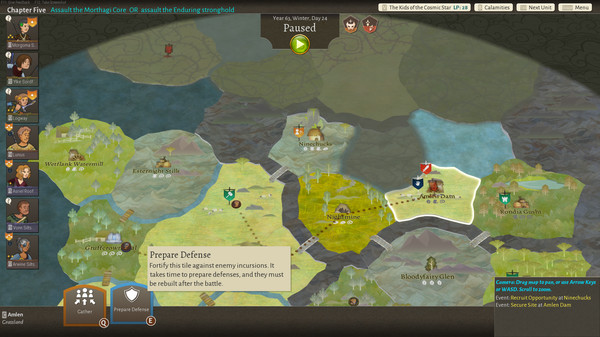 Wildermyth’s design shows most with its focus on the papercraft design of the world, monsters, heroes, and the simple animations that are paper-like and even comic like slides for cutscenes. This, mixed with almost everything being randomly generated provides a simple but fun game that can be as hard as you set it. The difficulty of the game is divided into three parts, the actual difficulty of combat, the rate incursions can happen, and the main enemies you will be facing ( those times this is locked by the story). I wish another option were a type of map generation since, at times, the map was more of an issue then the enemy. This issue makes the easiest mode more difficult. Though very well designed in visual with its fantasy paper-like, it does lack in the music as you will hear the same couple of songs throughout everything that happens. From good events or bad events, the music doesn’t help to provide more of a feeling to what is going on. Story-wise it is a simple but enjoyable as common town’s folk rise up to save their land. Though one type of event called “opportunities” normally involves two members of your group through these missions take you many days to each in a random location even though the cutscenes claim it’s happening just around them at their current location. 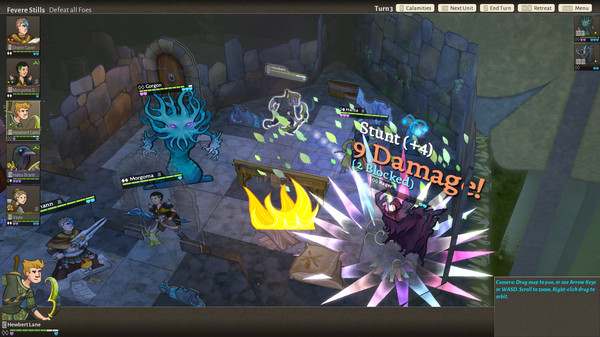 Wildermyth is a welcomed addition to my RPG library, and I can’t wait for further updates. I hope more varied events, time tweaks, and more music is added. For early access, it feels like a complete game, even though it will feel short. The smooth gameplay and lack of bugs show great promise for the future of this early release. The random generation isn’t total chaos and seems carefully placed to make every playthrough different in some way. I’m excited to see what all is to come in the future updates.

If you’re interested in checking out Wildermyth it is being released on Steam starting November 13, 2019