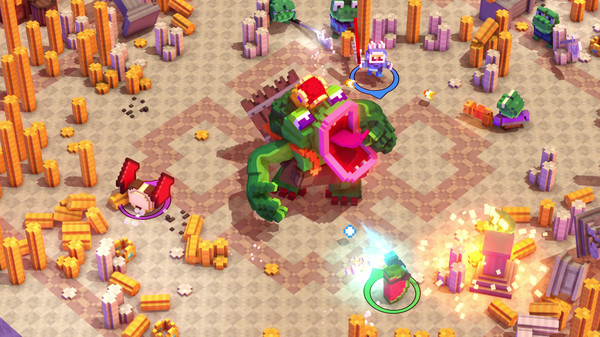 Although 2D pixel art games are a fairly common genre in the realm of indie games, their 3D counterpart voxels are surprisingly comparatively fewer. Playing Riverbond, I was reminded of the fact that I had barely seen any new voxel games except for Staxel, which released out of Early Access this year. 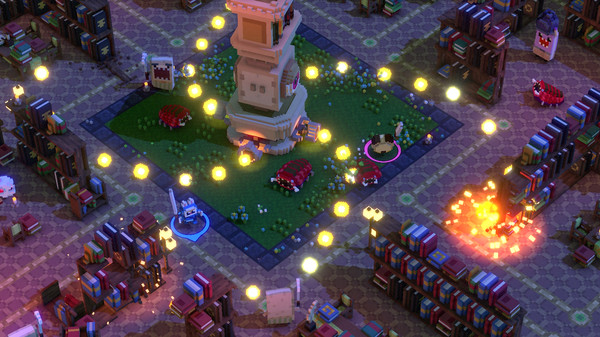 Riverbond is developer Cococucumber’s sophomore Steam title, following Planet of the Eyes. As far as game genres go, this is a very radical departure from their past title. Cute voxel graphics are the mainstay of the game’s audiovisual design, which combined with the charmingly soothing soundtrack evokes a somewhat calm and cheery environment. That is at least until the calmness is shattered by players smacking and shooting things. There are also eight cameo characters from other indie games featured as well, all done in the voxel style. 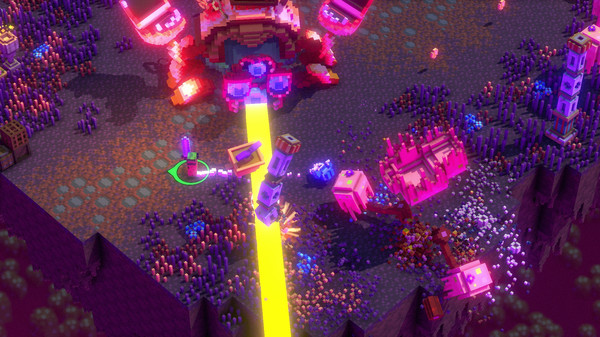 A tutorial level gives you the fundamentals of playing the game, and these are pretty basic and easy to pick up. Find chests, open them, get the loot therein (which can range from weapons to character skins). Use presents to open them and get points, maybe a health potion, and collect stars in the map. Your character also has a special attack that charges up after a while. 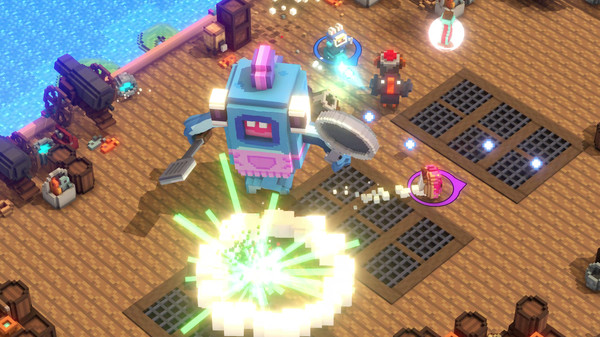 Objectives in this game vary from level to level. There’s a decent variety in this department, ranging from killing enemies to rescuing people and even destroying some of the voxel structures. The aim at the end is to eventually score as many points as you can by picking up all of whatever looks like gemstones and other valuables. 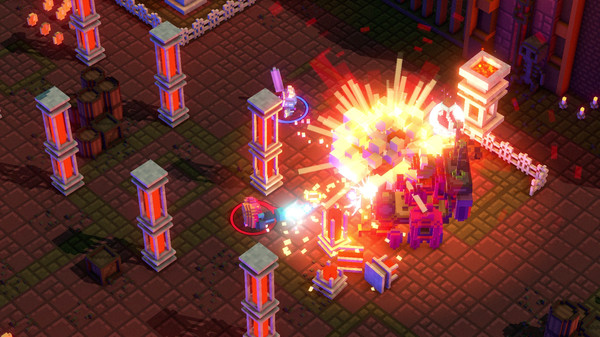 The major selling point of the game is in the couch co-op play, which is, as is always the case, great if you have real-life friends that regularly come to visit. Of course, it’s entirely possible that Parsec can circumvent this somewhat, but it is always disappointing that there is no dedicated online multiplayer built into the game. 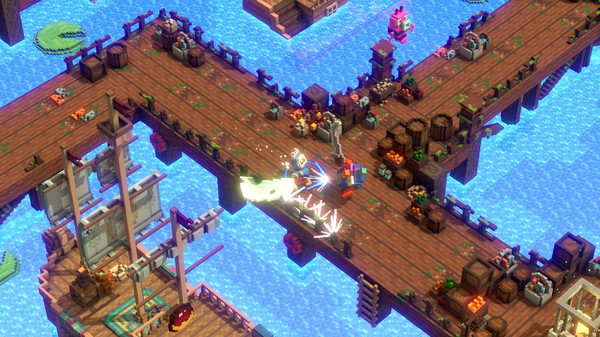 As a veteran of top-down twin-stick games though, I was somewhat sad that the game offers no challenge. Dying results in just a mere respawn at the start of the area, with no penalties whatsoever. The state of the area does not reset, meaning you don’t have to re-kill enemies again. Heck, you can just bumrush, kill enemies, die, respawn, kill the rest of the enemies, and this experience is maybe a bit flat. 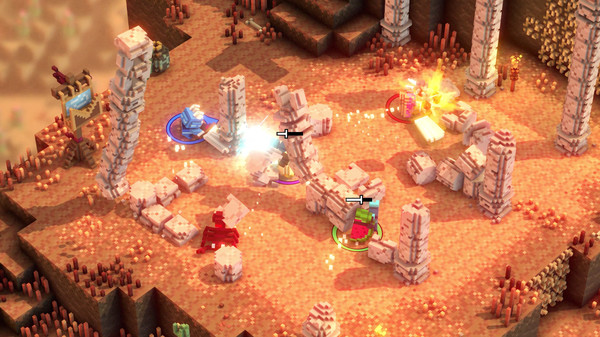 Clearly, the above factors are signs that the game’s target demographic is not me, veterans of top-down twin-stick games such as Nuclear Throne, Binding of Isaac, Enter the Gungeon, and that is something I respect. What I don’t respect, however, is just how ludicrously poor of an experience that using ranged weapons is. For the sake of realism, the characters have two hands, with the ranged weapons being wielded in the right hand — but as a result, firing a shot does not actually line up whatsoever with your targeting reticle, necessitating extra aim compensation. 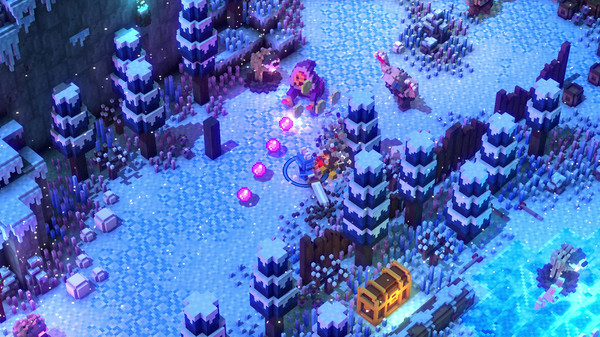 Granted, the lack of challenge in the game otherwise should not make the above flaw so egregious or particularly detrimental, but it’s still a pretty significant blemish that is hard to overlook. Even harder to overlook though, is the price and how it relates to the content. There are about eight adventures total in the game, with each taking about 30-40 minutes to complete (and there is no way to save an adventure mid-way, so you have to devote a sizable amount of free time if you want to play the game). This only tallies up to 4-5 hours of content — and at the $24.99 asking price on Steam, it feels more like you’re paying for the graphic and art style as opposed to the actual content therein.

Riverbond’s target demographic appears to be towards the casual populace, primarily adults with children that have a love for playing games. For that particular demographic, this game would be a perfect fit, even at the surprisingly high asking price. For people like me, who value game mechanics above all else in a twin-stick shooter, this would be somewhat of a letdown. It’s not a poorly made game though, and I did enjoy mindlessly smacking things around at times, but the hardcore twin-stick purists should look elsewhere.