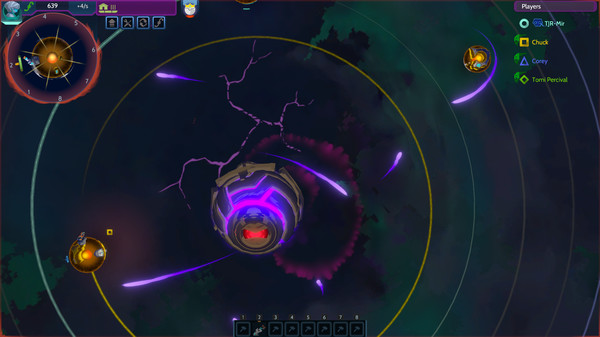 Worbital is a strategy-action game where you build defenses and weapons on your planet to then attack the other planets in the system. You have a choice of picking from three different factions and their weapon sets in hoping to expose and striking the core of the planets of your enemies. Worbital is simple to grasp but rewards players that pay attention to the map and placement of their weapons and choices on their world. With a campaign, local/online co-op, and minor customization, Worbital gives a nice experience to a simple but fun game. 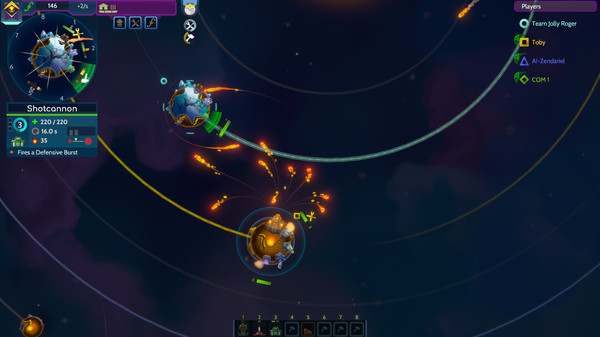 Worbital has a simple story in the campaign where you play one of three factions in a conflict that spawns after the Terrene colonize its first world, soon leading to a civil war that further divides the colony. The three factions are balanced well; the Terrene are balanced in defense and offense while the Lucid are about the offense. Last being Celestial which offers more defense options. Defense in Worbital revolves around weapons that make it easier to shoot down or block any harmful projectiles from hitting your world. As all planets rotate around the sun, your planet rotates. With up to eight spots to build around the planet placement is vital as availability for each weapon and defense are most effective when it is pointed the right way. Other planets, moons, and asteroids that come in are just as lethal to you as they are to your enemy. Destroying them can sned parts into your enemy while gaining you extra funds for doing damage. There is an aim guide that helps you weave and aim to your target, but you will still have to aim for speed on the target. 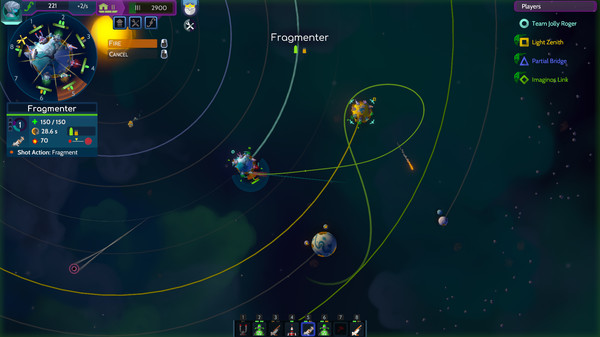 Worbital falls short on repetitiveness, but it is to be expected from a simple but fun game. You will find yourself building the same weapons and defenses each game with little to no change in how you fight one with lots of offense compared to lots of defense. The game starts to get very repetitive with the limited weapons. Some weapons are crazier like being able to ram a world into the target or speed up your orbit in a boost but aren’t enough to make the game feel less repetitive as you cycle and shoot over and over. The four-player mode or verses 3 A.I player just makes it more exciting and is my favorite mode, but you will find the choice of weapons and placement to be the same as if you were facing just one person. 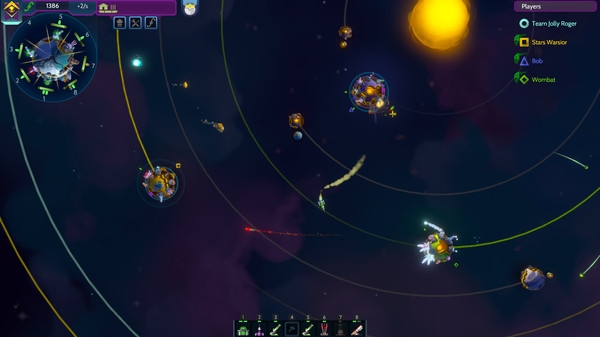 Worbital provides a nice spin on strategy shooting as it adds more variables to worry of, but the lack of choice yourself can do can make it feel limiting on what you can do in the chaos. Matches can be fun, but they can feel very repetitive after playing a bit. I felt the trade-off on making it simple made it too simple to make it your own. This is still a nice game, but it is also priced at twenty dollars. Games like Worbital will feel overpriced as other games like it are priced at half the cost. Though if you’re into games like Shellshock live or Worms, this one is a nice one to pick up, you will feel it may be a more simple one compared to what you’re used to.

If you are interested you can find Worbital on Steam for $19.99