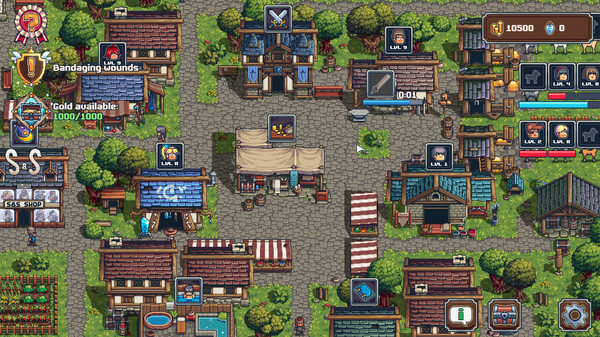 Back when I was 14 (that’s around 8th or 9th grade, for you Yankees), I started to play a text-based browser game called Ankhet. I’d play it very often and religiously over the next six years before at some point growing incredibly disillusioned with the lack of updates as well as the fundamentally flawed state of the game, and put it down for good. See, one of the critical issues with it was a ridiculous grind. There is no reasonable way to grind levels quickly in that game, other than just massive spam-clicking in combat areas to gain experience. A PvP system is also in play, meaning that your hard-earned ‘work’ can be fleeting and griefed into the ground by someone else, with no way to really opt-out of it. When I had nothing better to play for six years, this was okay — as I grew older, I eventually realized there were far better and more rewarding ways to waste my time.

Weird style of introduction for a review, I know, but it’s appropriate in the fact that the game I’m reviewing here also features some sort of ridiculous grind. Developed by Uroboros Games and produced by tinyBuild stalwart Lazy Bear Games, Swag and Sorcery is billed as “a new streamlined RPG.” The elephant in the room is that Lazy Bear Games have become hugely well-known for games that require a ton of grind. I’ve not played Graveyard Keeper, but it seems to be one of the most forefront criticisms that make it just fall short of being a ‘graveyard Stardew’ — I did, however, play Punch Club, and while that too was admittedly grindy, I did enjoy it. 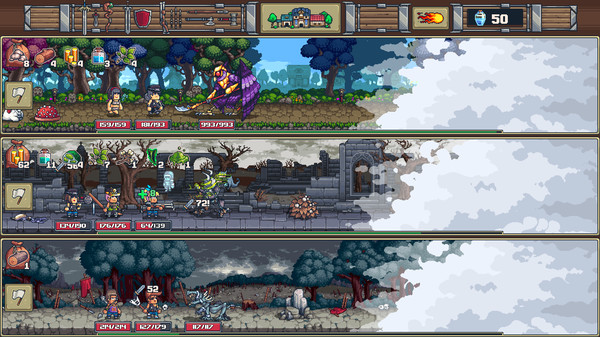 But I digress. The game has a bit of a bare-bones plot that isn’t necessary to enjoy the game, but it’s humorous all the same, in a weird kind of way. The King of the village you’re helping to manage has lost a magic set of clothing, good lord, and the whole story is revolved around you recruiting heroes, sending them out to the various locations, thwarting the magical Royal Adviser’s intentions and killing all the monsters he has summoned to said locations. The story doesn’t take itself seriously whatsoever, with your characters being masters of sarcasm (though the sarcasm is thankfully lost on the old man lecturing them), as well as a nifty piece of subversion. While all the human characters have voices speaking gibberish, there is a cat that not only speaks English but breaks the fourth wall by having a conversation with the narrator.

Swag and Sorcery works on a quest-based system and is your means for game progression. Each quest gives you a list of items to collect, monsters to defeat, or other requirements. While you can just grind away on your own to an extent, some quests are required for progression. You hire heroes, send them out to various areas to quest (killing monsters and gathering other loot), use the loot you collected to craft better equipment and weapons, rinse and repeat. Your heroes never die but are sent back to the village when they run out of health. Notably, hero stats also influence your crafting, and they have a mood meter that can be restored by spending gold at the spa (or they will be hampered in battle if they’re sent out in poor mood). 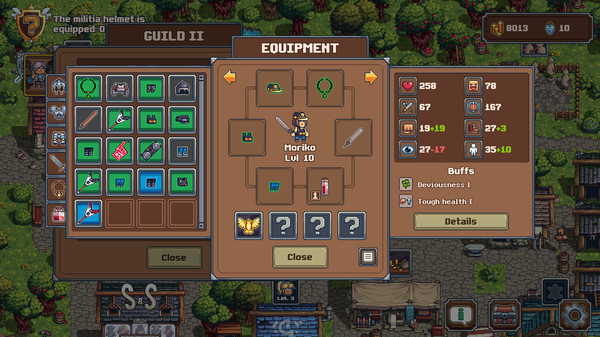 The idle aspects of the game are the more prominent aspect here. All you do is outfit your characters, build and upgrade your crafting buildings, queue item crafts, and literally just sending them out; the characters automatically carry out adventures for you. The real things that you genuinely micro-manage are their leveling, and optimizing the best equipment choices per character stats. You can influence battles by learning spells and having to craft the mana required to use them, but otherwise, the autonomous nature means that this is a game best suited to having tasks queued and alt-tabbing out to do something else while they execute.

The ‘Swag’ part of the game comes from regular fashion competitions where you pay a modest entry fee and then send up to 3 heroes to be judged based on their attire. It can be kind of done on the side, but feels like somewhat of an afterthought, as it isn’t entirely necessary for progression beyond perhaps some quests. Plus, the judge-bribing mechanic and amassing a closet to win consistently isn’t wholly feasible until late-game anyway. It is possible to win a few in the early stages, but this is usually more down to dumb luck rather than having the resources and abilities (due to not having the ability to craft some items until later on in the game) to putting together a winning equipment combination. 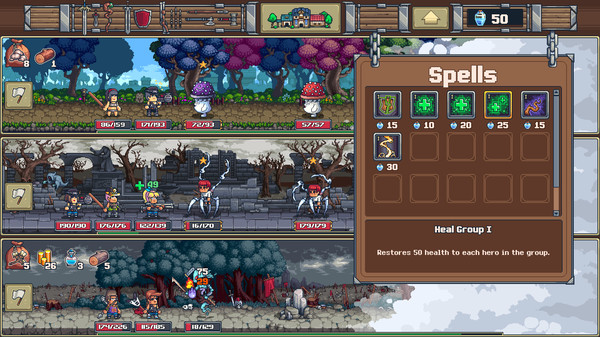 It’s immediately apparent from the very start of the game that the gameplay will be a pretty grindy process. You need a lot of resources to craft equipment, weaponry, upgrade your buildings, and so on. This quantity of resources means a lot of repetitive questing, sending your heroes to the same zones over and over again. You need to level up your characters by buying levels with gold, as they don’t really gain experience from questing. For the first part of the game, this is mostly manageable as levels have lower costs and areas have monster levels that can be easily matched with your own. 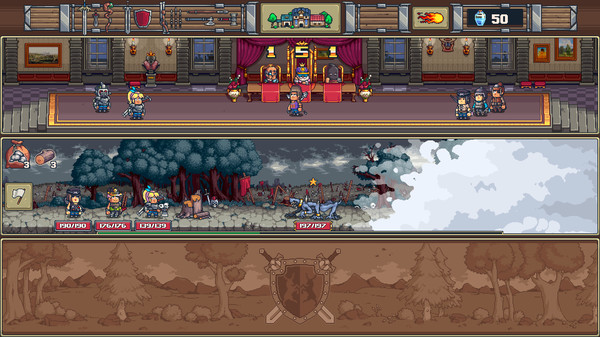 However, after the first three areas are beaten, three more areas are unlocked that have a comparatively huge jump in monster levels. In my experience, I was steamrolling the first three areas with my current character levels but was unable to make significant progress. This is where the game’s grindy nature really rears its ugly head, as the monster level jump is incredibly substantial, meaning far more hours spent grinding the lower level zones. There is somehow a very addictive charm to the game as you watch your character damage numbers increase, and in all honesty, I was tolerating and even enjoying the grind for this first bit. The realization that I had to grind for far more in the lower level zones just to even have a chance of survival in the latter zones really saps a lot of the fun out of the game. 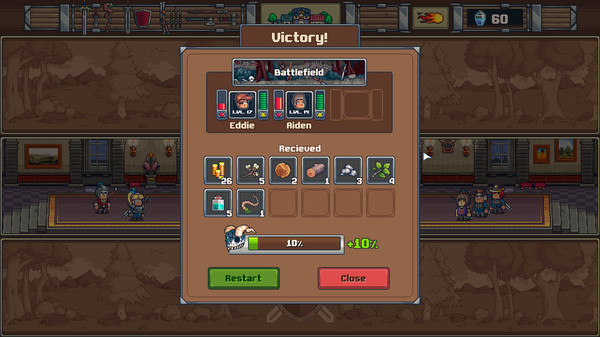 Which brings me back to my idle point — arguably the way to play it to get the least frustrated out of the massive grind is by playing it on the side. Although this is a bit of a shame visually as the art style is great, the soundtrack is pretty charming and has actually earwormed its way into my head.

Swag and Sorcery does fill a very specific genre in the realm of idle games. Click, queue a bunch of adventures, tab to something else on your computer while waiting, rinse and repeat. It’s great for filling in the time on the side, but I’m iffy at recommending it for the $12.99 asking price on Steam — I’d wait for a sale, or top up the difference and get Forager instead if I were you.

As for Ankhet, if you ever check it out, send a message via Telepath (the game’s private message system) to ‘Atlas’ and say hi. 🙂