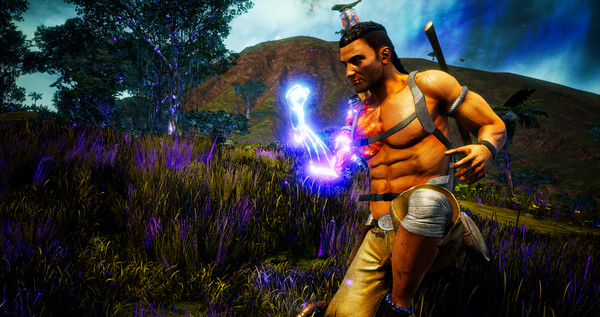 Evil spirits have run rampant on the island Oahu of Hawaii. They have brought destruction to the land and are taking over peoples souls to become crazed soldiers in their ever-expanding army. As you help fight off these corrupted fighters, a powerful shaman tries to take your soul, but your ancestors protect you from such magic, resisting death. Instead, it takes your son, and now it is your mission to get him back no matter what. 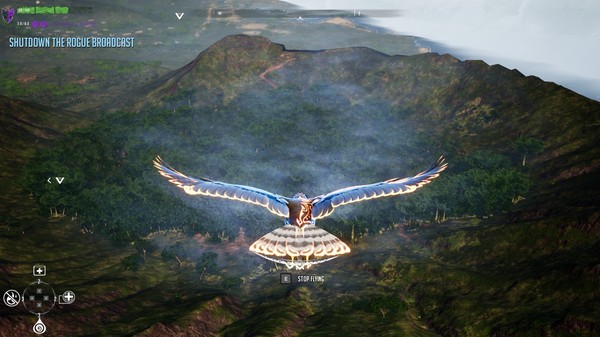 At first sight, Ashes of Oahu gives off a kind of Farcry and Skyrim vibe. Very open world, with factions, magic, crafting, weapons, and leveling system. You can explore where ever you want, but there are gear and level differences that make it harder just randomly to roam around. There are many plants and objects to collect for upgrades. You are also able to get things from animals, monsters, and humans around the map. You can find various weapons depending on where you search or level up a particular faction to give you special weapons. As you decide to explore the land around you, there are also different spirit gods you can meet by re-building their statues, and by doing this, you can acquire a multitude of spells that cost you mana to use. Such as being able to shoot a fireball, transform into a bird to fly across Oahu, or make a volcano explode. 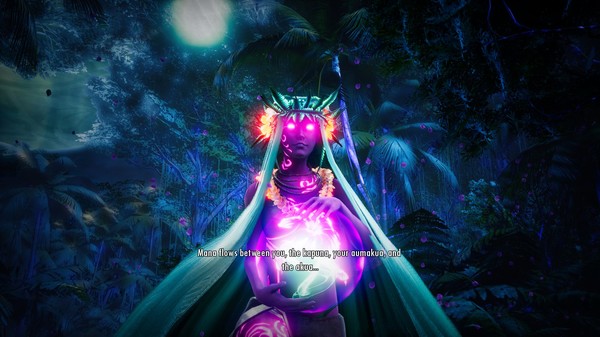 Right out the gate, you learn how to melee attack and stealth. After some exposition, you find your first spirit god who gives you a ranged weapon, a spirit bow that takes mana to shoot. Then you are sent off to follow the main quest trail, that also doubles as somewhat a tutorial. This tutorial is where you learn about the different factions and magic that can be obtained throughout your playthrough. Later down the line, you can learn how to use various weapons from the factions you meet, while also learning how to craft and use mods for your weapons. Unfortunately, the combat is very clunky with hitboxes, and stealth almost seems like something not useful or even usable at the time this review. Gunplay or even just shooting is also very stiff but still gets the job done. The magic abilities are somewhat divergent in styles, such as being able to swim faster and go underwater as a shark, but effect wise for damaging abilities can be uninteresting. You also obtain an ability that allows you to see enemies, allies, creatures, and all crafting materials around you, which makes it a bit too easy to even explore or encounter anything. 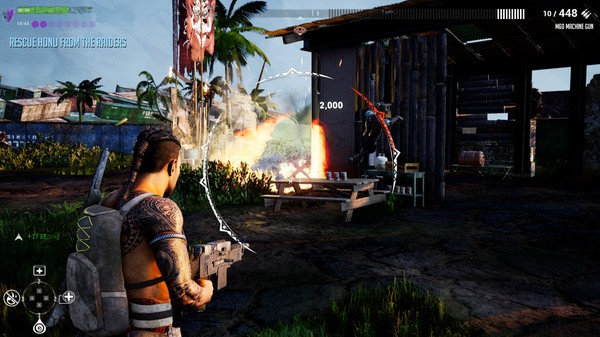 Since it’s a newly released game, there are still many bugs and developer choices in-game that break away from gameplay. For example, the saving system is based on an encounter you have, or if you find a bunker which allows you to save. Instead of just letting you save, if you get stuck somewhere inside a wall or the ground and your last autosave was awhile ago, you have no choice but to replay what could have been a couple of hours of exploring. This restarting has happened a lot. Sometimes even materials spawn underground that you can see and not touch. Then comes the odd quest system. Its layout is at a point to where it will either bug out, needing to start the whole game over, or set in a way where you have no idea what you’re even supposed to do. Sure it doesn’t spoon-feed you, but also gives no direction for the side quests, or even finding quests at all. But with any encounter, it’s very cut and dry. Once you talk to someone, whatever you say is yes or no without knowing what you’re really doing. Scouting out a faction to see what they got, see a prisoner, want to see what his story is, it’s either you bail him out, or you don’t, and you can never talk or help him again. It makes it seem like even talking to anyone not worth it because you don’t get to find out anything about anyone. You can’t even exit dialog midway through to see what might happen if you do help that person or to get to know the other people around you. 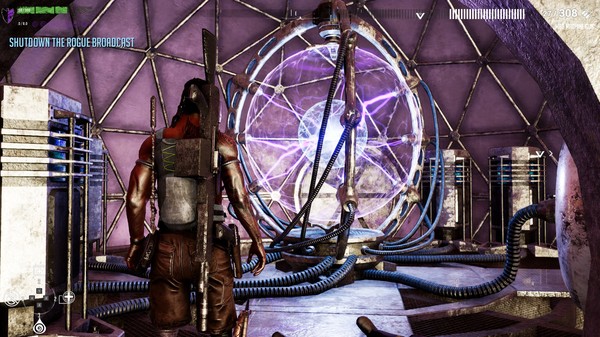 Ashes of Oahu looks decent for an open world indie game but is poorly optimized. Reminiscent of when Ark first came out, it uses so many resources for no reason. With that, loading and rendering far distance is absolutely horrid. Makes it impossible to even travel far without waiting ten minutes for your framerate to come back on any settings. And at times, it’s beautiful to look at because of the vivid colors they bring to the landscape, but can be overwhelming as most are neon colors that can strain the eyes. For the soundtrack, it’s barely recognizable, maybe one for the open world, and another for combat. Besides that, it’s eerily too quiet, with no dialog, minimum combat sounds, and nothing else. Half the time, it was just listening to the blood flowing in my ears. 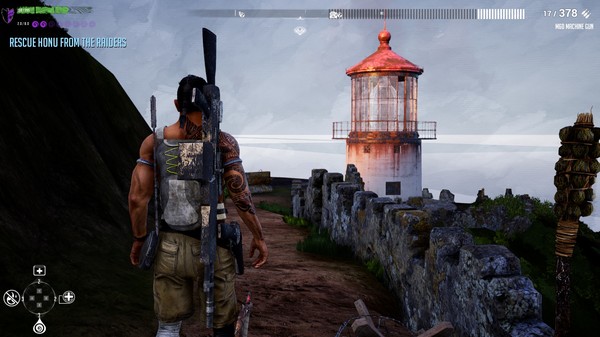 The story is rich with Hawaiian culture, references, and information. But that isn’t the central part of the story, more like knowledge sprawled out everywhere. Most of it is you, wanting to find your son, and that’s it. You’ll do whatever it takes, gaining god powers and using a faction to your advantage to beat the spirit being that stole your son. Any Hawaiian part of the game seems like a theme more than part of the story itself. A mysterious lady needs your help to destroy some relic, you don’t really care, but wait, she offers you powers as a reward that could possibly help you. As long as you can save your son, you’ll take it regardless, because you don’t really get a choice who you help besides a faction. 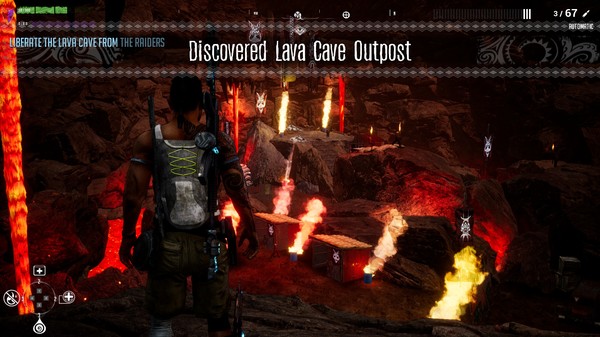 It has potential. Overall, this can be molded into something great, but it needs time. A lot needs to be worked out. It seems like it’s going in the right direction, but it wasn’t a game I felt I wanted to go back to. It didn’t feel interactive or exciting. Wandering around the world felt more like doing nothing than anything at all. Not tedious, but not enough to come back to.

I think with time, this can become an enjoyable game if they refine everything. It’s a small team of five developers, but they have gotten this far, so it has hope in my eyes. Really does remind me of how Ark started, but they kept trucking through, and now it’s just an amazing idea of a game that has come to life that many play. You can pick it up on Steam for $39.99, but I highly suggest getting it for at least half the price or lower. Support for a game shouldn’t need such a high cost, as many EA (Early Access) games have fallen because of this. It’s the Idea that should skyrocket it, in my opinion.