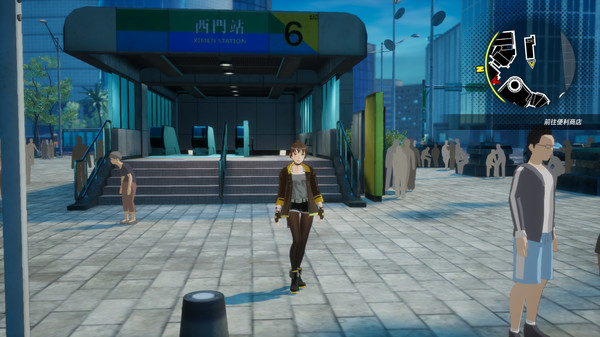 Dusk Diver is an anime-style beat-em-up where you play as a high school girl named Yumo fighting demons known as chaos beasts part-time under the employment of a god of business that owns a local store. Yumo goes from a normal high school girl to fighting demons in a phantom realm when a demon attacked her where a lion statue guardian named Leo saved her. She then meets Leo’s employer, and the games really start from there. Dusk Diver is still in early access on steam, but anyone that has played any anime-style beat-em-up will find everything very similar if not the same as other games. 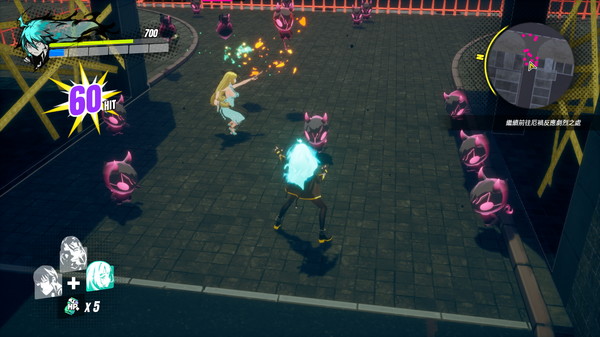 Dusk Diver goes from the city of Ximending to the phantom world that mirrors it Youshanding. In Ximending, you will wander around a limited area of a couple of blocks from mission to mission with very little to do. This wandering about is the not fighting and more of the story part of the game. Besides the store that acts as the hub of the game, some vendors and restaurants slowly unlock through the story that provides food for an exact buff for your next mission. To access each mission, you need to obtain dragon stone shards. Each stone gives points to spend powering up yourself and required to enter the next stage. These stones are scattered in both worlds and new ones appear in the real world as the story goes on. Most of this world is entirely useless and empty with very little to be done despite the care that went in to fill the world fully with vendors and people. Even the store has very little use to the money you collect besides the consumables for health. 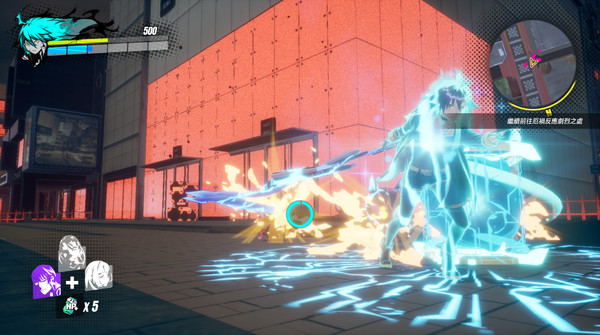 The combat side of the game comes in when you go in a mission to Youshanding. This place mirrors the real one in some way as you fight all evil creatures called chaos beasts. Combat is straightforward but flowed better with a controller than mouse and keyboard. Companions you slowly encounter like Leo decide what sort of special attack you gain. They can be swapped at will, which is nice but the combat becomes very repetitive and boring very quickly. The enemies you fight are just as monotonous as are the objectives as you will go to the area marked, kill everything, repeat. This sequence wouldn’t be bad, but the variety of what you fight is very bland. The only mechanic that is of any interest is some enemies have “super armor” that prevents them from flinching from your attacks. I felt it was more tedious as the game progressed as you just were doing the same things but faster or you fight the same enemy doing the same things, but they have more health now. Between the combat, you feel any hype quickly get halted as you hunt for the dragon shards in each mission. Boss battles are enjoyable, but it makes you wonder why the same love wasn’t put into the enemies you fight most of the time. 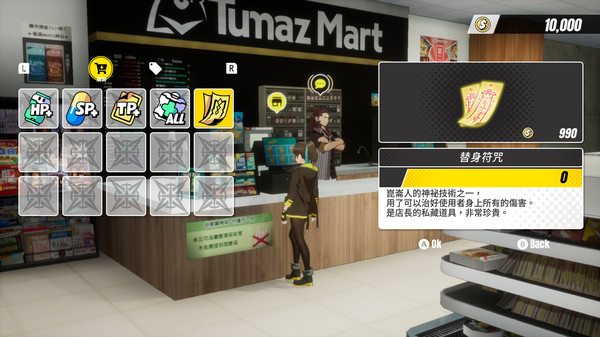 The story is nice and visually a beautiful game, but it seems that’s all where it ends. Everything in the design of the game seems to be in place for it to be amazing, but it isn’t there by far. Gameplay wise it is very bland and gave a very dull feeling when playing Dusk Diver. Nothing stood out or felt useful to do in the game. I would hold out some hope for the game, but with it releasing this summer out of early access, I feel it will not do much to make the game better where it is at now. Dusk Diver feels like it does most things bare minimum with too few things standing out to recommend the game with it being mediocre at best.