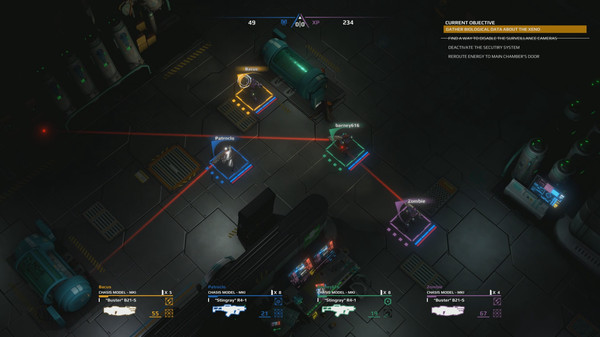 Trident’s Wake is a twin-stick shooter where you and three other players control a digital entity called ECHO’s that goes through humanities last colony ship code-named Trident battling an unknown race of alien invaders that have taken up residence in all four parts of the ship. 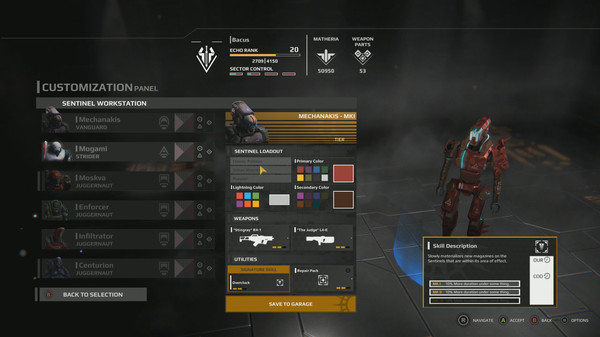 Developed by Bacus Studios and published by Graffiti Games, this game is geared towards a multiplayer experience that you progressively go through one of the four parts of the ship doing a few missions on the way and killing some aliens. As you complete the stages your percentile of taking back each part of the ship will go up; your level will increase which will unlock different weapons, abilities, and robots. As weapons are unlocked, they can be upgraded to their next tier. The upgrade will overall improve your weapon, and you can also spend some of your hard earned money on making it specialize in an attribute such as clip size, damage, or others. While you specialize in a weapon you “roll” it for random stats where you can decide you want to keep the new stats or keep the old ones, it would be a safer bet to upgrade the gun to the forth and max tier. After leveling to a certain point, your abilities will be improved as well into stronger variants of themselves, building your loadout to a strong Echo. 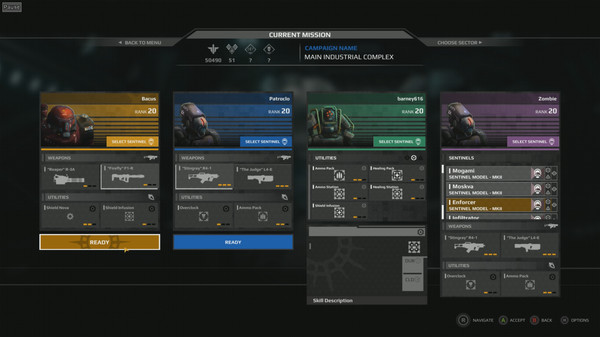 After a few playthroughs, if the game gets too easy, you can put on challenges that would increase how much currency you pick up, more percentile taken back on a sector of a ship, experience, etc. Unfortunately, when this was played the multiplayer was dead so unless you know someone that already has the game or you are prepared to buy the game for another to play with, you are playing by yourself. 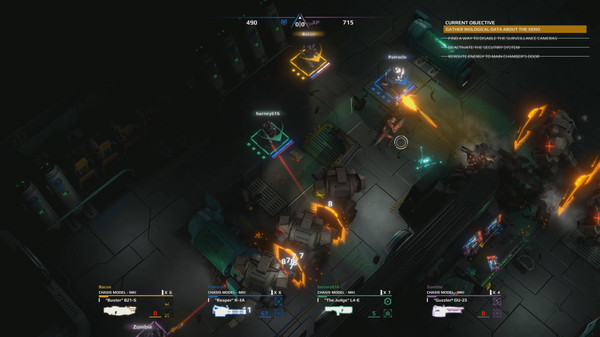 Plaything through this game after awhile the game get repetitive in its objectives, and even the level design looks the same with each sector. As objectives go, there are two basic ones that you will be completing each level you go through, protect the objective or pick up the objective. Each time an objective is achieved, a wave of aliens are spawned like clockwork to come after you. One of the aliens explodes doing damage to the others in the front, making it easy to dispense with the opposition. As far as A.I. in the game, though the aliens’ intelligence is pretty moronic, for example, the huge chain gunner fires at you from a distance but if you get right next to him, he still fires but over your shoulder without trying to back up making it easy to kill him by using melee. 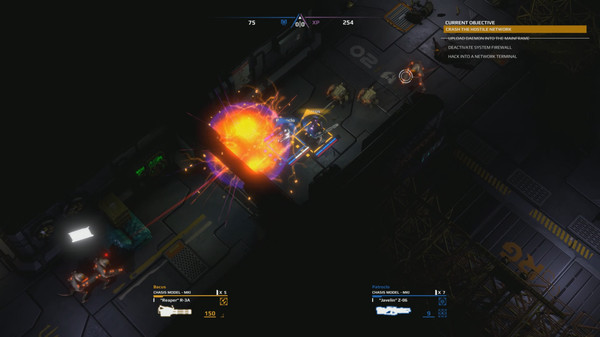 Considering the game was built to be a multiplayer experience, the lack of players in their servers severely diminishes the game, unfortunately. The game can be repetitive at its core because of the objectives, the structure of the level design, and the expected waves of enemies at points of the game. The only thing that was well done in the game was the Echo customization and the weapon customization as well, overall this game has a few good concepts but felt like the game was relying on the grind to replace gameplay.

The things that I would like to see in Trident’s Wake would be more objective types other than the two that it offers, such as take a thing from point A to point B and possibly fill objective with an item that you would get around the sector. Also what would improve the gameplay if the enemies spawn points weren’t as obvious and the exploding alien in front to kill the whole wave. Being made as a multiplayer based game, the price tag of $14.99 I think is too expensive for the value; though if the price tag would include two copies of the game instead of one it might help with the lack of multiplayer that it suffers and add more value to the game.