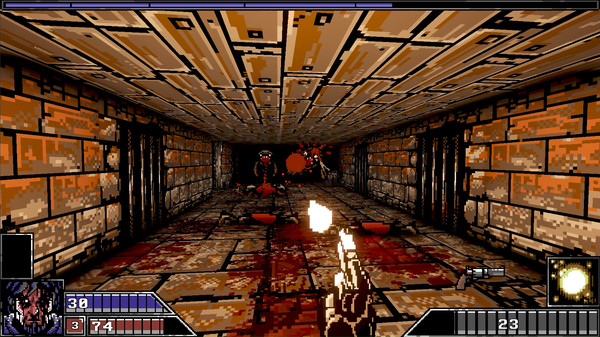 In terms of retro-styled FPS games, 2018 has us spoiled for choice. Games like DUSK, Ion Maiden, Amid Evil and now Project Warlock all hit the market at some point this year. Notably, Project Warlock was a timed GOG exclusive for just under 2 months before getting a Steam release.

The debut title from Buckshot Software is exclusively styled like an old-school FPS and marketed to fans of Doom, Hexen and Wolfenstein. It seriously looks and feels the part, with the pixel graphics and the rocking soundtrack neatly nailing the ambiance. (Speaking of, the soundtrack is included free with purchase, too.) 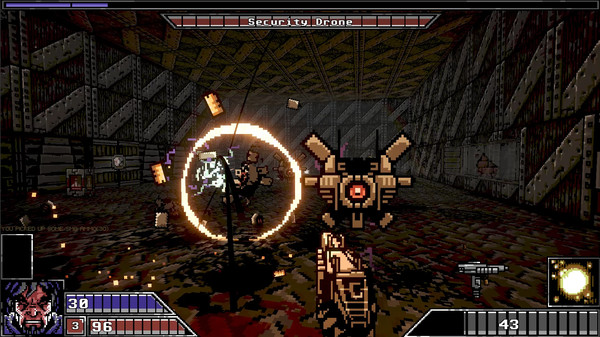 Fair warning, the game throws up an epilepsy warning at the start of the game, so if you suffer from the condition, this might not be a good game to try out.

The game is split up into 5 stages, with various levels per stage. At the end of each stage, there’s also a boss to fight. You do not have a jump button, so your only means of parrying shots is by sidestepping them (I’m not entirely sure but it also feels like some weapons can also destroy shots, though I’d resort more to sidestepping). 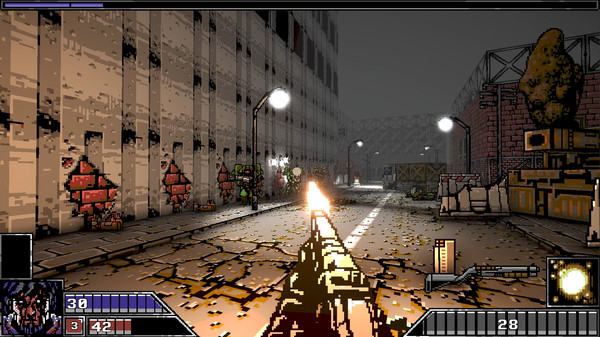 Enemy variety is unoriginal yet decent, as the game gradually introduces new enemies with each passing level, starting out with spiders and bats to succubi and others that all have different behaviors. Same goes for the weaponry, although you only start out with an axe and a dagger — you gradually pick up all sorts of ammo-based weaponry that can later on be upgraded as well. Pickups are fairly abundant throughout the levels, so there’s a decent number of chances to replenish your health, mana, or ammo — and even if you run out of ammo or mana, you can always fall back to your dagger and axe. This is complemented by an upgrade system where you accrue level up points to improve your character in various areas and invest into spells. Notably, though, I rarely (if ever) used spells, instead saving my upgrade points for upgrading weaponry. The only spell I had was a seemingly pointless light spell which illuminated the area that I eventually stopped using after the first few seconds.

Each level is notably handcrafted, as opposed to being procedurally generated. This effectively means that after a bunch of trial and error, you would eventually figure out how best to tackle each level with the weaponry at your disposal. Locate keys and toggle switches if necessary to open doors and progress further into the levels, dealing with somewhat annoying backtracking along the way. 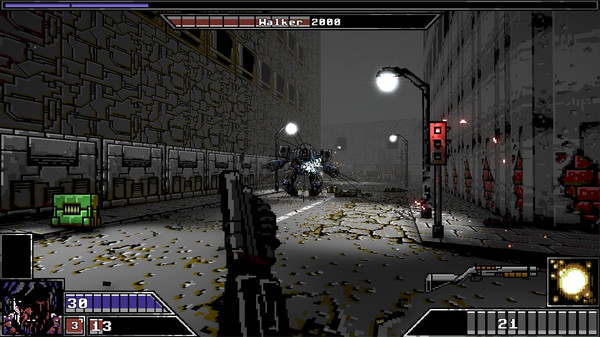 There’s a slight catch — you are given a limited number of lives on normal difficulty (3 only, with a chance to find more), and upon losing them all, it’s game over. A casual mode with unlimited lives and no progress loss exists, which is great for people like me that need more tries in order to succeed; a hardcore mode exists for the masochists that want the risk of playing through the entire game on one life with harder enemies. This trial-and-error aspect may make the process feel repetitive, however.

Boss battles are multi-part and larger than life, throwing you into a large arena with some areas for cover. They’re not all you have to contend with; there will be random mobs spawning, here and there, to keep you on your toes. Sometimes, the boss’ attacks can feel random and not necessarily fair or easily dodged, however (but this is where you fall back onto the crutch of the easiest mode’s unlimited lives to practice it out). 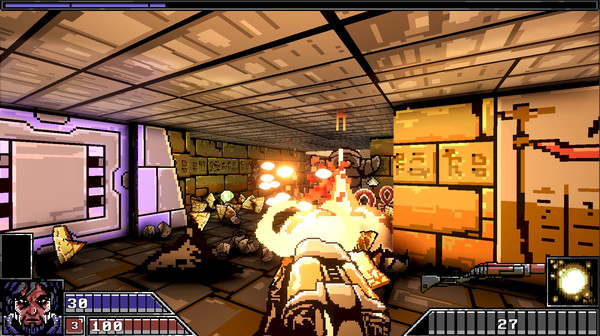 There are secrets strewn throughout the levels, which can be a fun distraction from surviving and killing enemies. They’re very well-hidden, so the player will have to try out a whole bunch of things to find them. Unfortunately, if you missed a secret in a previous level, you aren’t allowed to redo the level in order to get to the secret. This is further compounded by the fact that the game only supports one save file at a time, so the player would have to literally start all over again to get the secret.

The technical aspects of the game are almost on-point, with a plethora of customizable settings, from color filters to mouse sensitivity. There are a few sticking points, however. I prefer to play it in windowed mode, but after every single level, the resolution would reset to full screen. At some points, I’d also experience some frame drops, which is kinda unbelievable for a game featuring a retro graphics style and somewhat ruins the immersion.

Available on both Steam and GOG for USD $12.00, Project Warlock is a pretty solid retro-FPS throwback that should be a welcome addition to your game collection, if you hanker for something inspired by the past.