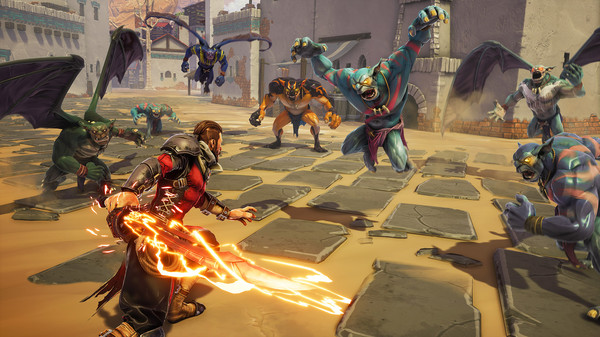 You are the world’s last sentinel, a true warrior fighting machine. Only you have the skills necessary to fight endless waves of the Ravenii, big ugly monsters that are looking to destroy mankind. Are you strong-do you have the skills necessary to take on this responsibility and save the world? If yes, then you, my friend, have to play Extinction.

First thoughts, when playing this game and loading it for the first time, I got to say I was really excited for it! I grabbed my controller, plugged it into my computer, and was ready to go! I have to admit that, when the game starts up, the graphics are great. The buttons were smooth on the controller and the way the character responds is good. The hack-and-slash action is a dream! 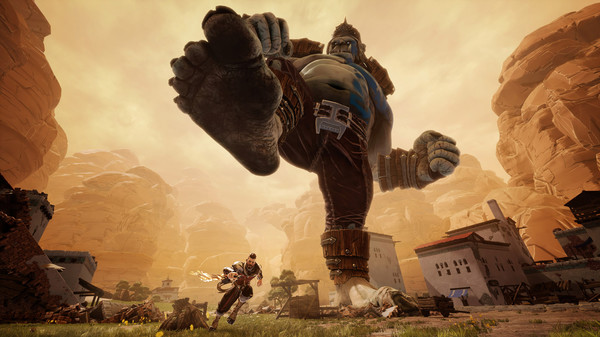 The story and the way the characters spoke to you, teaching you about the game, were good as well. The first couple of missions are user friendly, meaning they guide you step-by-step on the objectives. That is a huge bonus due to the fact that if someone is new to these types of games, it really helps. On the other hand, sometimes, you want to figure out things for yourself, so it’s a catch-22.

The more I played through the story, the more I realized it’s really not an open world, like the game claims to be. Not only that, but the game gets frustrating as well. To top it all off, it’s very repetitive. You save humans by killing off mobs and by powering up crystals to build your special meter up. You need this special meter to take out the big monster. 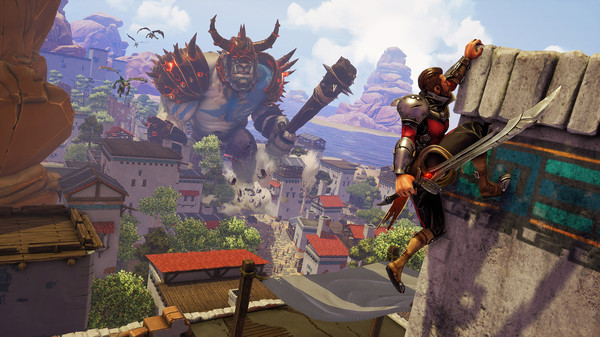 To take out the big monster, once you build up enough of the special ability, you need to cut this Goliath to size by hacking and slashing the limbs off this behemoth of a monster that looks like a giant ogre. Sometimes, to get to the limbs, you have to hack off some armor to get to the good stuff. Then, finally, once you climb on this monster and you get to the back of his neck, hopefully, by then, your special ability is at its max, so you can execute it. If it isn’t, on the other hand, you won’t be able to.

I know what you’re thinking-hey, it’s part of the game, right! Yeah, I understand that, but it acts like a timed event. Not really timed but when the city is on the line and you have a king yelling at you, saying the same things every time you have to restart the event, it gets really annoying. Also, getting stuck as you’re trying to advance up the monster is a real nuisance. 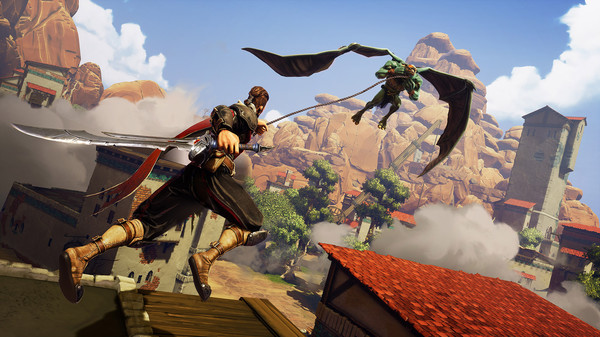 Extinction has its pros and it has its cons! Did I have fun playing this game-yes, I did. I would not say I had hours and hours of fun. This game disappointed me overall, but that’s my opinion. You may like this game and that’s great! On Steam at the time of this review, the price of this game is $59.99 (USD); I do not, I repeat, do not recommend buying this game at this price point! I think it’s very overpriced for what the game is. If it’s on sale, I say go for it, maybe around half the price.