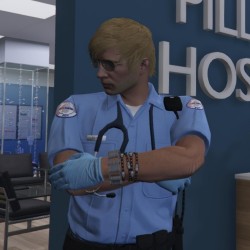 Latest posts by RavagingOwl (see all)

Wild West Online (WWO) is a game that promises an immersive MMO world set in the Wild West for you to explore with your friends. It claims to provide a “multiplayer experience like no other.” But does this game truly deliver the experience that it advertises?

In WWO there is a light smattering of lore that gets incorporated into the game and how it is played. In the game there are two factions with different focuses. These factions are run by the brothers Rob and Ray McFarlane. Rob is a rugged man who’s not afraid to get his hands dirty. His brother, Ray, is a manipulative businessman who found success and riches through a series of sketchy deals. In all honesty, this story is very similar to TF2’s lore in which two brothers don’t get along, find themselves in the same line of business, and ultimately end up having a violent quarrel with each other. The story isn’t really new or original and failed to spark my interest, and the lore doesn’t go any deeper than this as far as I’m aware.

Don’t get me wrong, the game itself is functional, but good lord does it feel raw and unpolished. Walking around in the game environment felt wonky and stiff to me because of how crude and lifeless the character animations and movements were. Another thing I’d like to point out is that the game has atrocious default keybinds for the controls; scattered and poorly planned, they would force me to twist fingers and contort my hand into uncomfortable positions at times. There were also keys that I felt served little or no purpose, and I doubt this game needs that level of redundancy. Exacerbating the issue are the in-game settings; it was unnecessarily difficult to change the keybinds, requiring me to change one binding to some obscure unused key in order to assign another keybind where I wanted.

But wait, there’s more! I came across two odd bugs in the game. The first bug was when I got the game and the launcher erroneously told me the serial key used was invalid, leaving me unable to launch the game or sign up for an account. The other bug I encountered occurred when I was re-binding my hotkeys: if I tried to assign a macro button, like an extra mouse button, part of the UI would disappear, leaving me unable to check how my keybinds were assigned; I had to restart and couldn’t make use of my macro buttons for fear of glitching out the UI again. It was also rather cumbersome and time-consuming to change the game’s graphics, as it felt like it took forever to so much as change the texture quality. I doubt that it’s all due to hardware limitations on my part, but I suppose I won’t place all of the blame for this on the developers.

The only redeeming thing about this game is the visuals. It feels very western, as it should, and the lighting is very well done. Speaking of which, I do think it would be nice to have different lighting options so that content creators could piece together a dramatic western movie like the game Badiya lets you do. WWO has okay sound effects and enough music to get by, but, honestly, I feel that the developers put too much time into the graphics and UI and consequently sacrificed a lot of functionality elsewhere in the game. Even then, the UI felt a little bit confusing and clunky to me and the embellishments were simply too much. For example, there’s a star and shield graphic that just starts glowing and smoking gaudily when you are in what I think is a safe area. Overall, though, the graphics are good enough for me to forgive the game a little bit, but only a little, for its atrocious gameplay.

By Jove, the gameplay is something to (not) see. Aside from the terrible controls and movement, the game is severely lacking in content, and there are still more issues to tackle beyond that. Let’s start with an issue that’s weird simply because it’s an issue at all: the character customization. First, you can barely do anything at all during character creation; the lack of hair to choose from or other ways to customize your character is SUPER limiting. Another issue I have is the inability to choose a female character. Maybe they don’t have the assets yet, or maybe it’s locked behind a paywall; I wouldn’t be surprised either way at this point. I can’t help but feel like this game was rushed and the team was pressured into pushing this game to the public before it was ready. Topping it all off are the microtransactions in the game, used to upgrade your account to higher statuses like “Pioneer” which, according to the game’s official site, offer A LOT of content a regular “Townie” can’t get right off the bat. Even when you actually start playing the game, you have no idea what you are doing. There is no story to start you off. There are barely any noticeable quests to do. It took me thirty minutes to realize I was supposed to explore outside the town to find NPCs that may or may not have quests for me, and, so far, the quests are just boring, tedious jobs that either force you to wait around or are easy to the point of dullness. The only thing that made the game a little bit easier for me to get through was when I talked to another user in the game who gave me tips on how to actually enjoy myself. As helpful as he was, it made me feel somewhat discouraged to hear a far more invested player, one who has played this game much longer than me, admit that the game is limited in what you can actually do and that it was pretty much a Pay2Win.

Overall, the game is absolutely riddled with issues, from the bugs to the poor controls to the stiff animations. The visuals are the only redeeming quality. The gameplay is boring and I didn’t feel any immersion with the game at all. The lack of content made things drag on, and the Pay2Win model looming over it just makes the game feel like a cash grab. Honestly, I had high hopes for this game. I wanted it to be the revolutionary western game it promised, but all I found was disappointment. There is a huge market for western-themed games like this, and, if done correctly, Wild West Online could have been great, but it missed the mark terribly. I can only hope the developers can get their act together and plan the updates better from here on out, but I don’t see myself coming back to it for a long time because it’s just. So. Boring.

Wild West Online is available on Steam for $29.99 USD.