Faris
Reviewer at The Drastik Measure
I am Faris, an eternal student in making, anime enthusiast, gamer and an avid reader. I mostly prefer RPGs and Turn-Based Strategies, alongside Visual Novels.

Latest posts by Faris (see all)

Mhakna Gramura and Fairy Bell is the newest kinetic visual novel by ALICE IN DISSONANCE and a very short spin-off to fault, their main series. It serves to fill the gap while the fans are waiting for the third fault: milestone game and fault – Silence the Pedant. The writing feels like a combination between a children’s book or a fairy tale and a Visual Novel. It is impeccable in terms of spelling and all the special words used are also translated so there is no confusion over what some words that are unique to the fault universe such as Vilseriol or Manakravte mean. 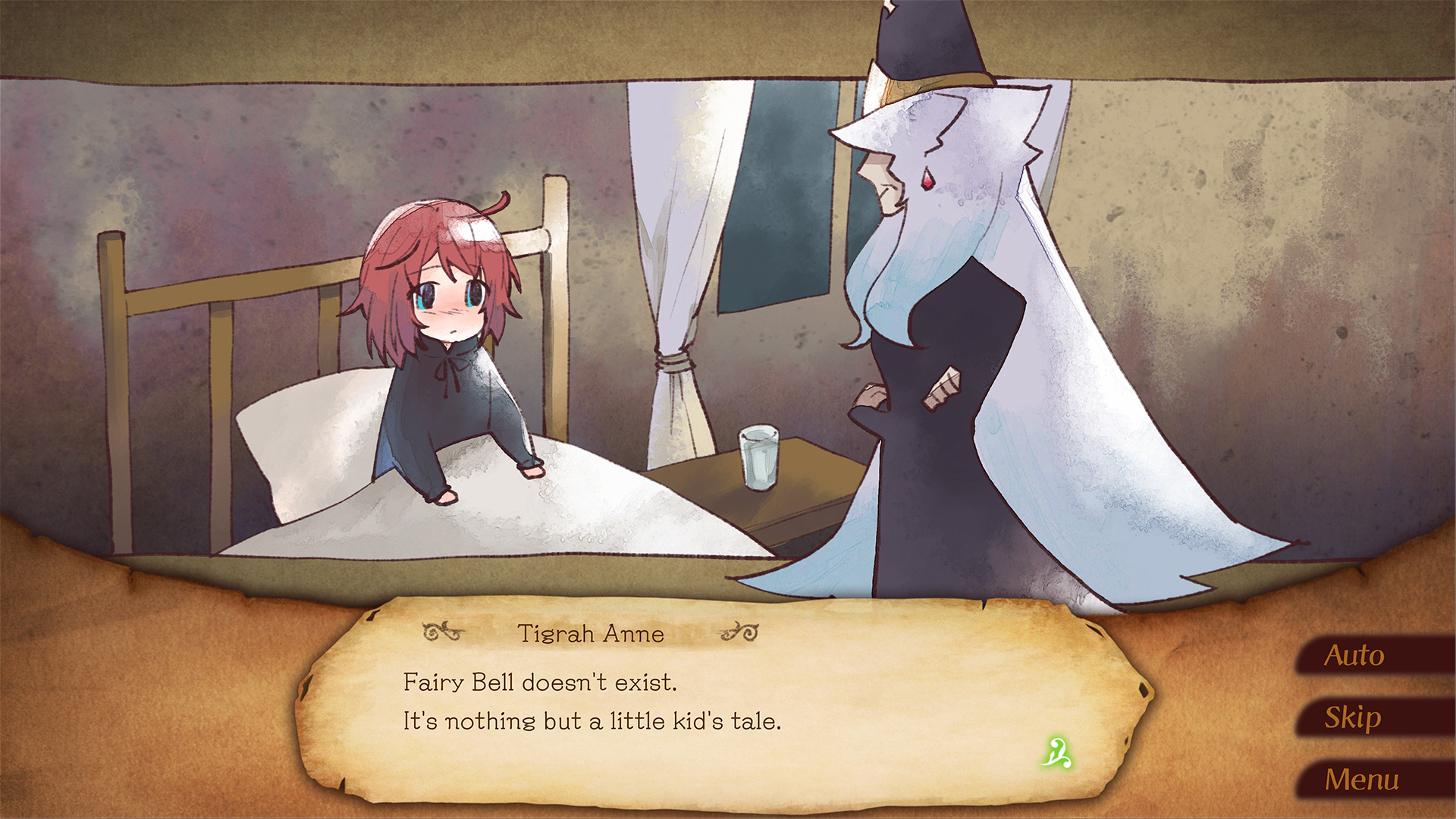 Although the writing is reminiscent of a fairy tale, the visuals are very unlike Visual Novels in that there are no specific character sprites that appear above the dialogue window the way they do in almost all other ADV Visual Novels, but are combined with the backgrounds. Both the characters in backgrounds and backgrounds themselves are heavily animated which is another way in which it is unusual and because of how animated it all is, the scene transitions feel very much like turning a page in a children’s book than what it usually feels like in visual novels. Aside from everything being animated, the art-style itself with the strong colors and the water-colored look of everything is very pretty and adorable, in a way almost every frame being like a painting, something rarely seen in Visual Novels due to budget restraints and the aim of having an anime look. I liked all of the character designs, all of the backgrounds and aside from it being nice looking, there is also quite a bit of detail there. 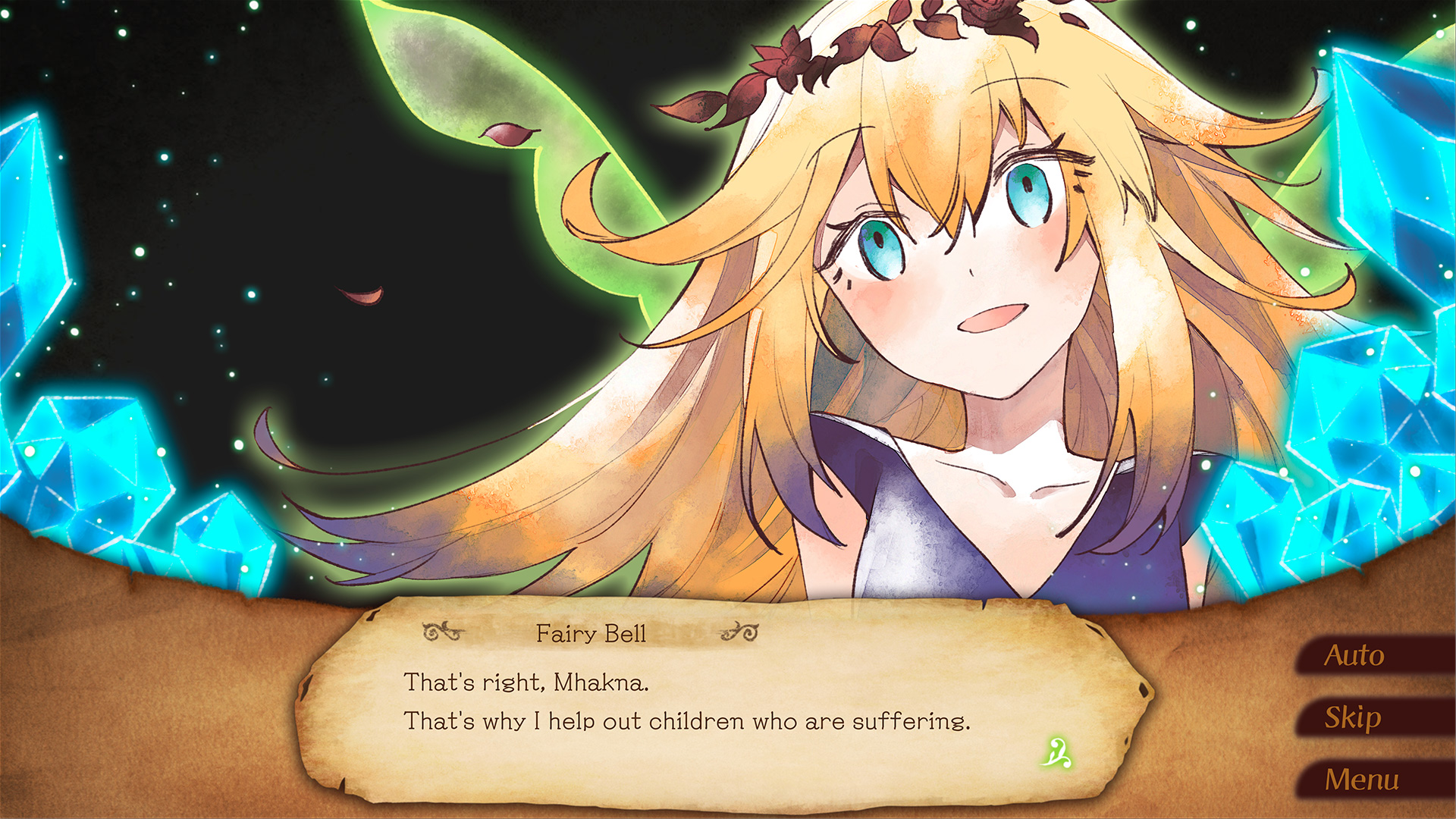 The story basically follows Mhakna Gramura and her best friend as they are taken from an abandoned home to Enles Land by the Fairy Bell after they make a wish. She promises them eternal happiness in their new home if they promise to never grow old. A bit like Peter Pan, the basic premise, but there are enough differences in there to distinguish itself and be a good story in its own right. Sadly, even though it is so unusually high in visual quality, animation, and sound quality, it is rather short. It can be finished in 2-3 hours at a moderate pace or even less if you are able to read quick enough. Since there is no voice acting of any kind, you are free to go at your own pace and not have to worry about cutting any voice acting out. There are 18 chapters in total and they are all pretty short considering the total length of the game, but they are all well paced for what they are and due to short length, all serve a purpose such as getting us better acquainted with a character or progressing the main story directly, etc. 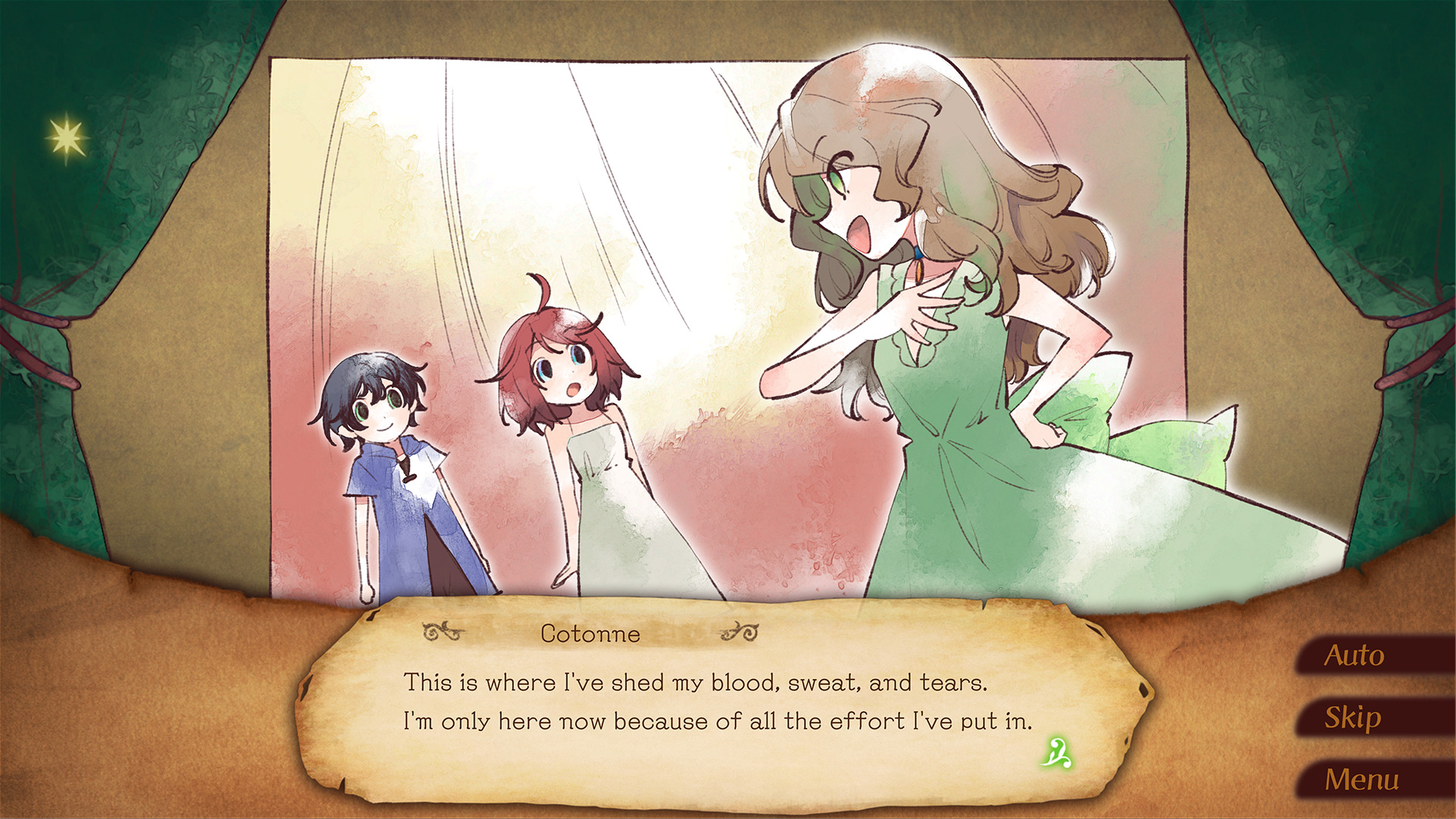 Even though there is no voice acting, there is music and it is very nice. The music fits the mood of the scenes and the overall theme of this being basically a children’s fairy tale inside of a fictional universe. The good thing is that if you want to play this, you don’t have to play any of the mainline fault games. Although they share the same universe, there are not direct tie-ins and so can be played separately from each other. 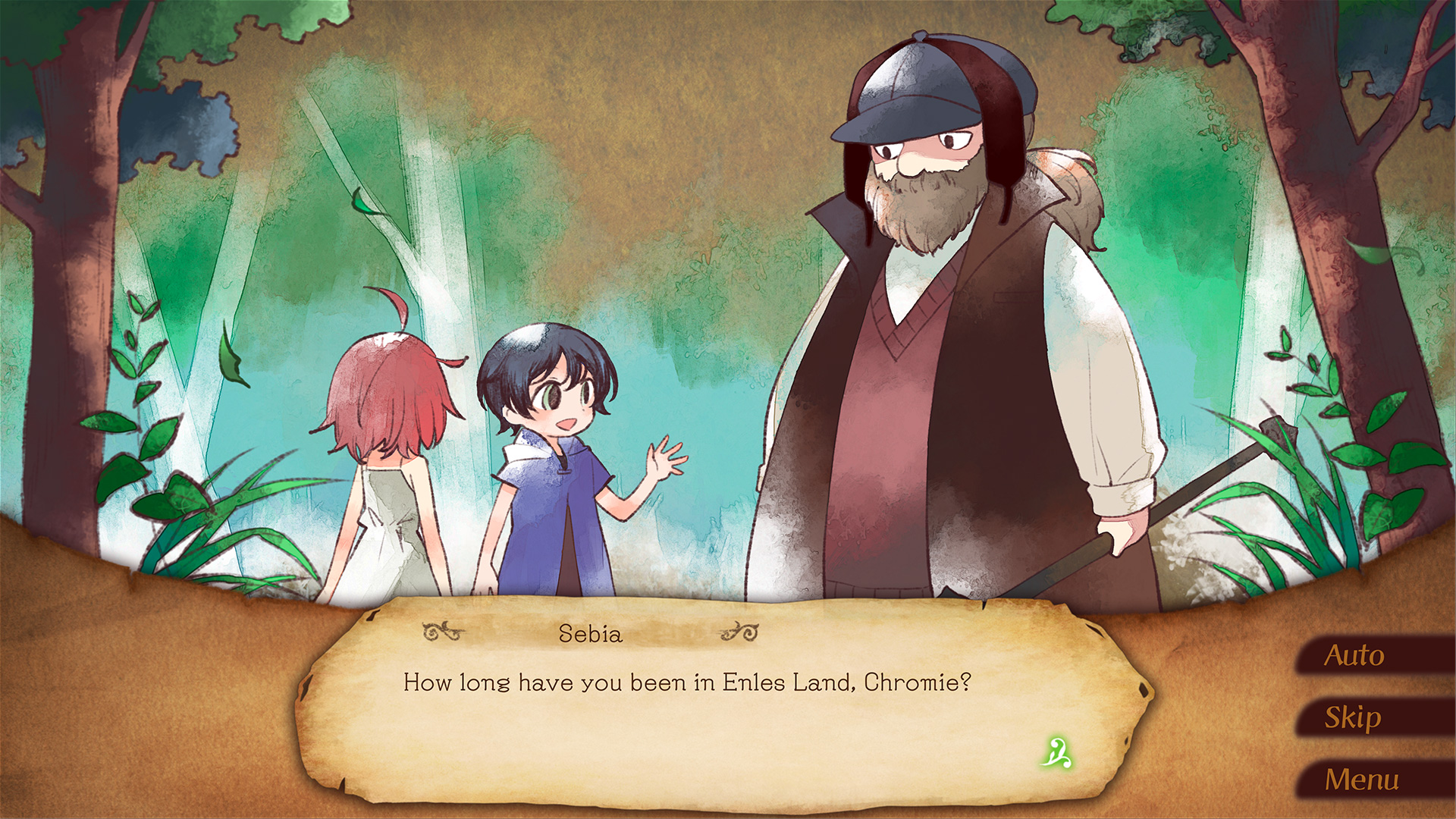 All in all, for what it is, I definitely recommend Mhakna Gramura and Fairy Bell to fans of fault games (and fans of Visual Novels, in general), but I would not recommend it at full price. While being only 2-3 hours long (depending on read speed), the price is just $5 USD on Steam, which shouldn’t be too much for most people. If you are bothered by it, I would suggest that you wait and see if it goes on a sale for 10% to 20% off, but I have no qualms about recommending it at full price either.

Cons
– At first glance, the story seems derivative of Peter Pan
– The full price is a bit too much for the length