Lori May
Reviewer at The Drastik Measure
Lori is an avid video game enthusiast who enjoys blending her love of gaming with her work as a writer. She first cut her teeth back on the NES and Sega Genesis systems, and continues to be a Retro-gaming advocate with a soft spot for Point-&-Click Adventures. She's also a Survival Horror and Psychological Horror game collector, when she isn't coercing friends into any number of Co-Op multiplayer titles. If she isn't gaming you can find her working as a journalist and social media consultant, or perhaps dabbling in video game design among other hobby-with-big-dreams endeavors. Born in the heart of the Midwest, she's currently living in Colorado, where she prefers to avoid skiing, snowboarding, and other Mile High City attractions.

Latest posts by Lori May (see all) 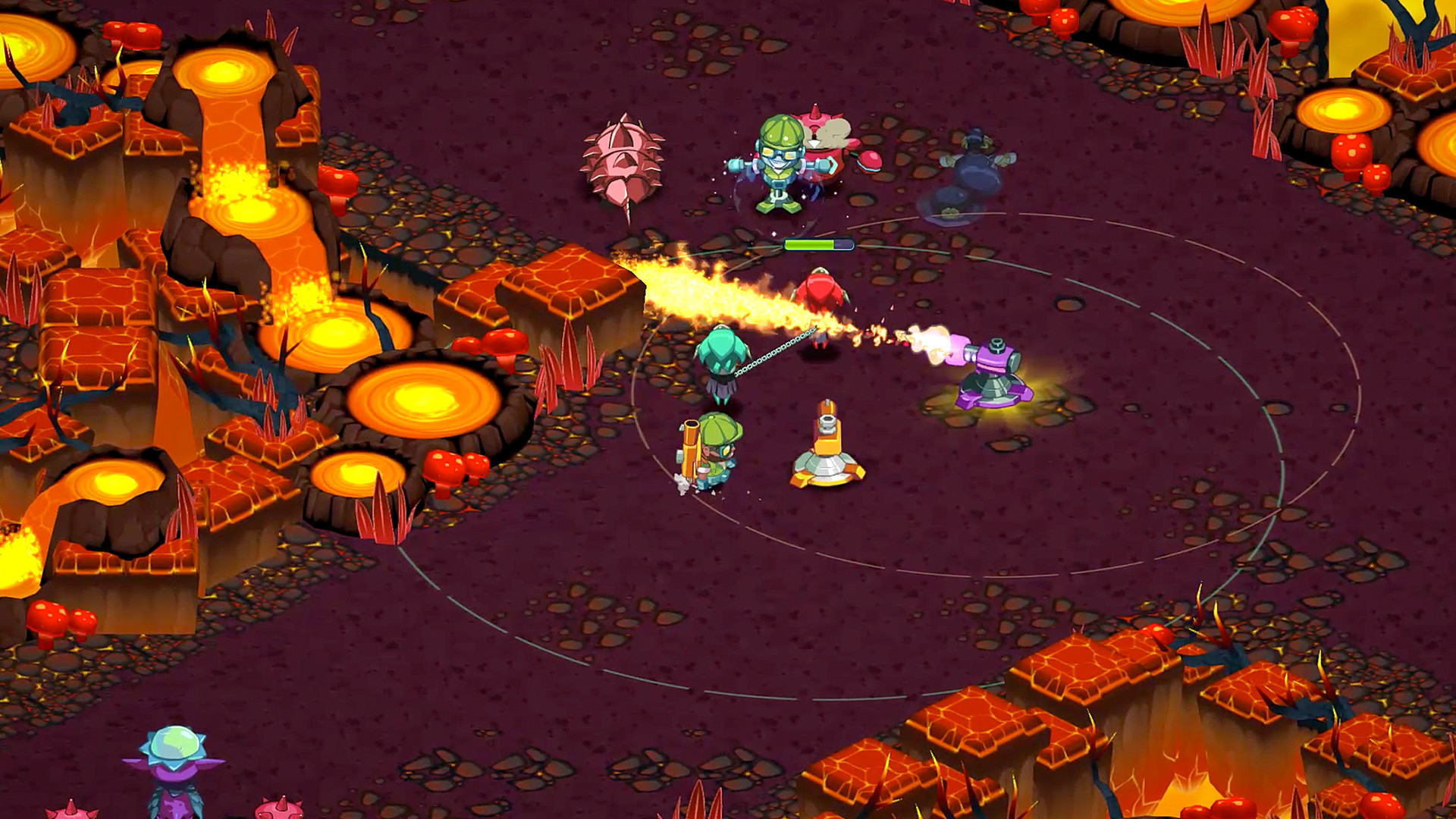 Next Up Hero is a Rogue-Lite, Action, Twin-Stick Shooter hybrid that pairs colorful cartoon characters with whimsical worlds that are deceptively dangerous. Released into Steam’s Early Access on January 11th, 2018, by Aspyr, Next Up Hero has many elements that are typical of its breed while still remaining relevant. With RPG elements and a unique Multiplayer system, Next Up Hero has a little bit of something for everyone. But can it compete with a saturated market and a plethora of Beat ‘em Up new releases? 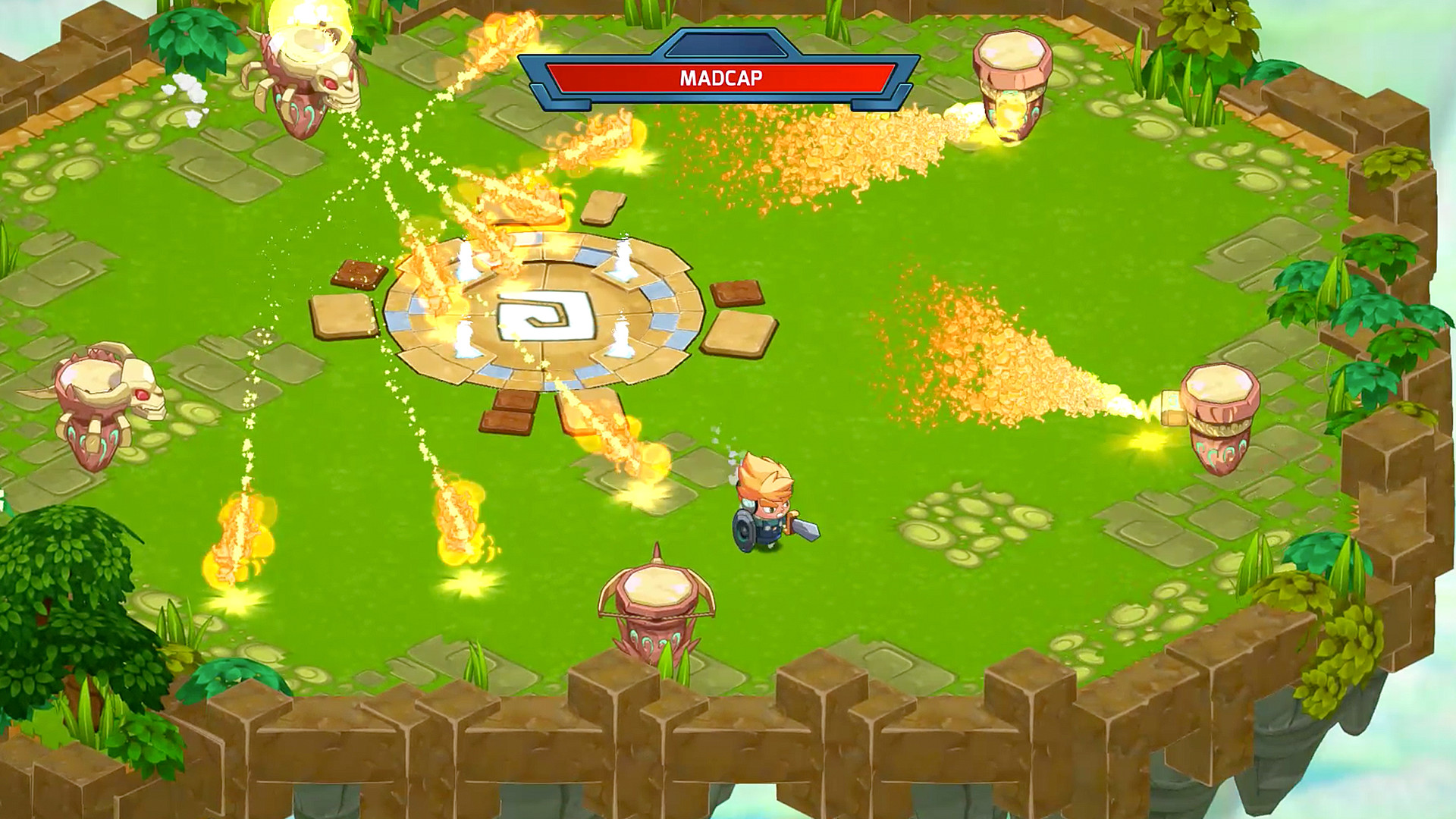 Next Up Hero begins with an interesting storyline involving music, guardian angels in the form of “Echos,” and legendary heroes battling it out for supremacy. With a cartoon art style that conjures up memories of long-ago childhood favorites, Next Up Hero is colorful and engaging. The Ceaseless Dirge is a formidable opponent that has left the world in dire need of bravery, and players step into the shoes of one of the nine Legendary Heroes in an attempt to call other souls back to life using a song. These “Echoes” are the memories of heroes, who have fallen in battle previously. I loved that players actually encounter the deceased bodies of other players who have died in that level, and they can sing them back to life to serve as helpers. When empowered by other players, these Echoes have the ability to heal our Hero – which is critical, because that’s the only mechanic in the game for regaining health, short of dying and starting a level over. There is also Twitch integration, which allows the chat to help heal the player, but as of yet, I haven’t tested this feature. 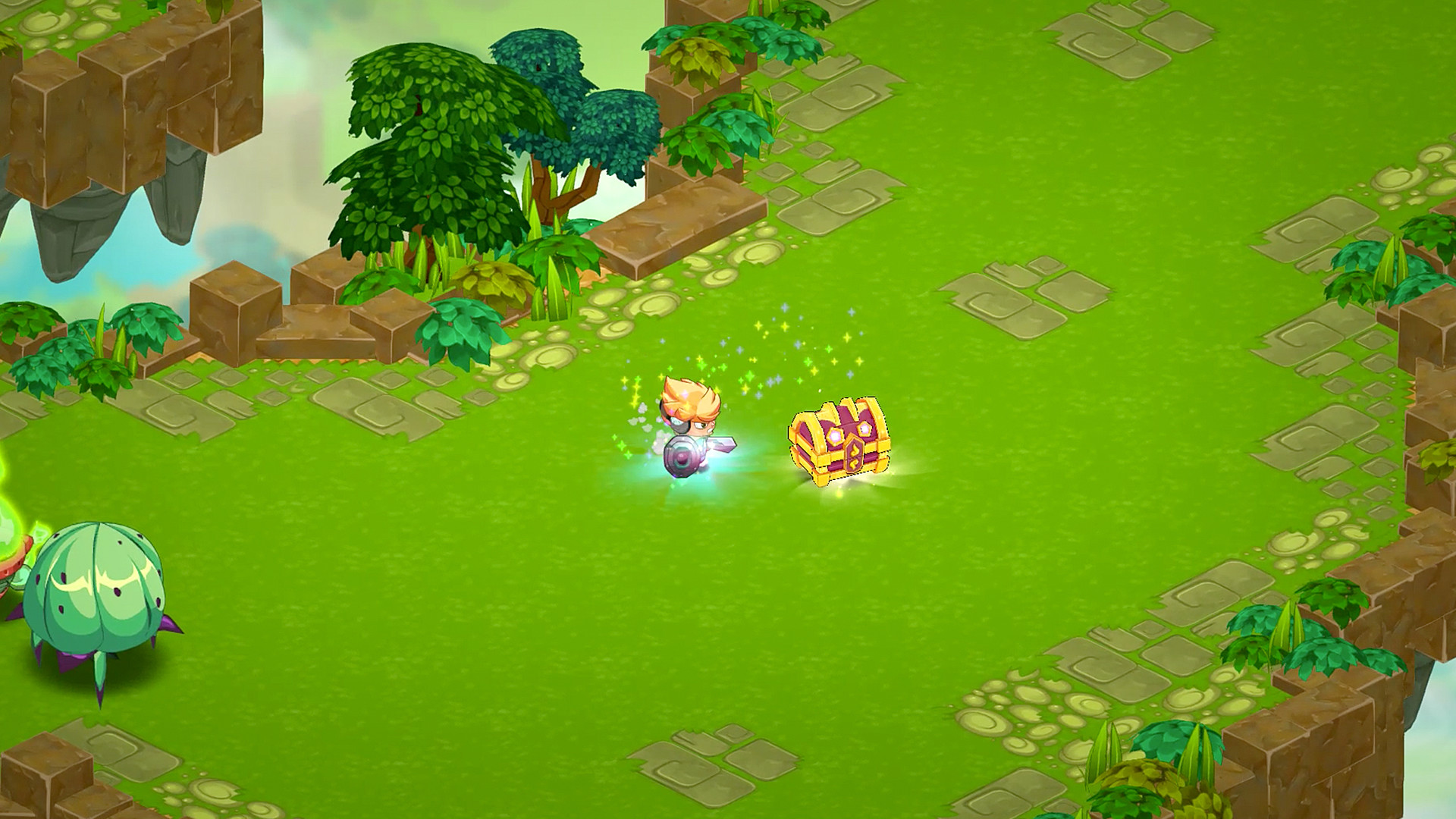 This is where the Multiplayer aspect comes into play: If you can load the same level, called “Ventures” in Next Up Hero, at the same time, other players can heal you and serve as an aid and guide while you venture forth. It’s a unique dynamic, and a bit challenging; making sure that you’re both in the same Venture at the same time, with the same difficulty flagged, is a bit tedious. There’s no mechanic for inviting a friend directly through Steam as of yet, nor an in-game friends list to make this easier. Without voice chat it’s very difficult to do; unfortunately, the servers seem to be inactive enough, at current, that I was unable to ever encounter another actual player. I did find plenty of bodies, however, and resurrecting these beings with a song is critical for gaining the components you need to summon allies in the form of Ancients. These beings have different boosts and abilities, which can be critical for defeating harder levels. It’s especially useful when there’s no healing to be had, short of talking a friend into accompanying you. 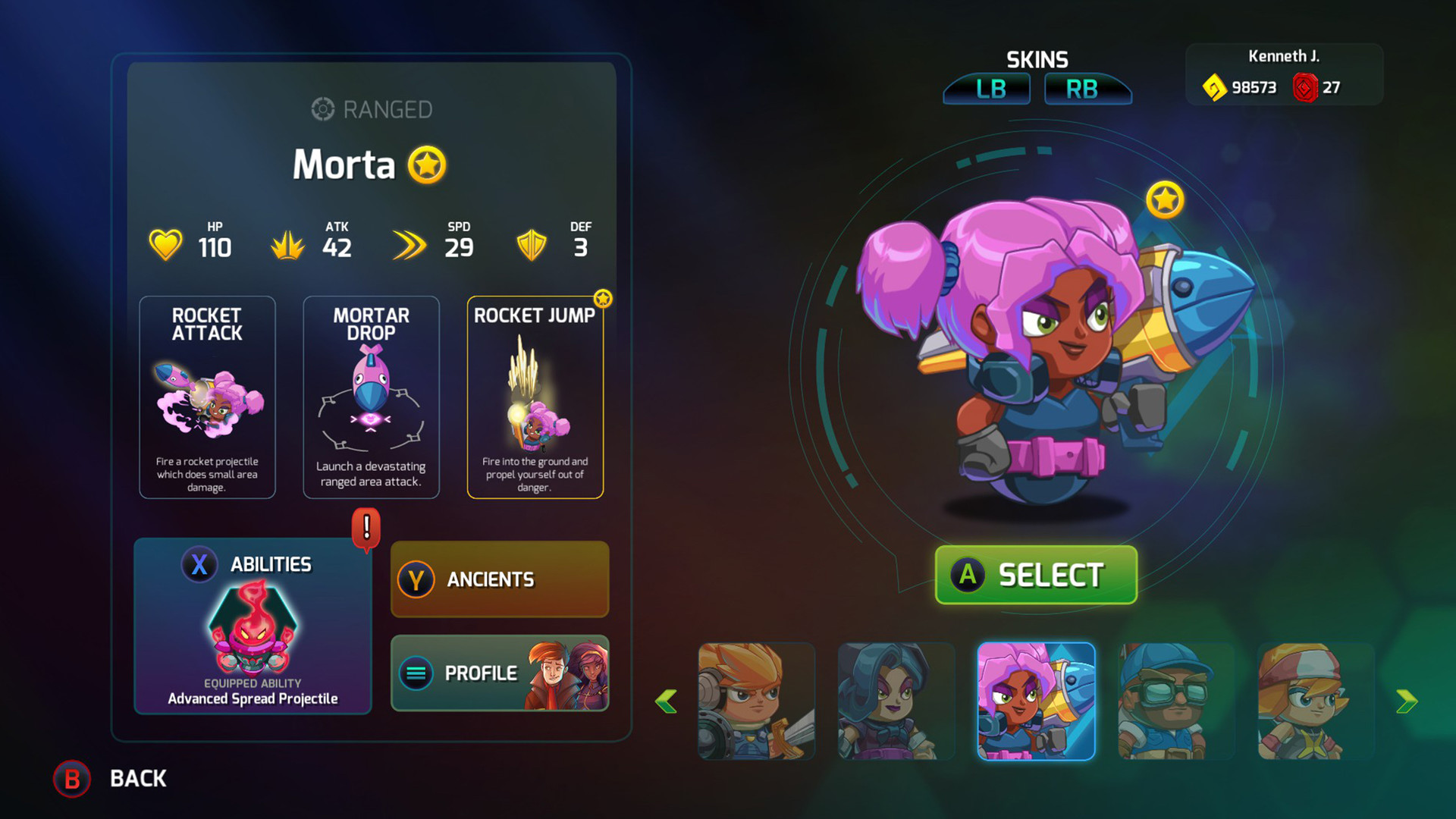 There are also Artifacts that can lend additional boosts, plus a system in which players find little totems of enemies they defeat during Ventures to collect and put towards purchasing abilities that particular monster has. These can range to bonus shots, armor stacks, additional movement speed, and many more. All of these features stack well with a roster of nine Heroes, each with different combat styles and weapon selections. I spent most of my time playing Rook, a female character who uses boomerangs and teleport abilities to zip around the screen and dodge enemy blows. Leveling up allows players to purchase additional skins for Heroes; after purchasing the first skin a Prestige ability becomes available, and the Hero in question is re-skinned into different bejeweled hues. 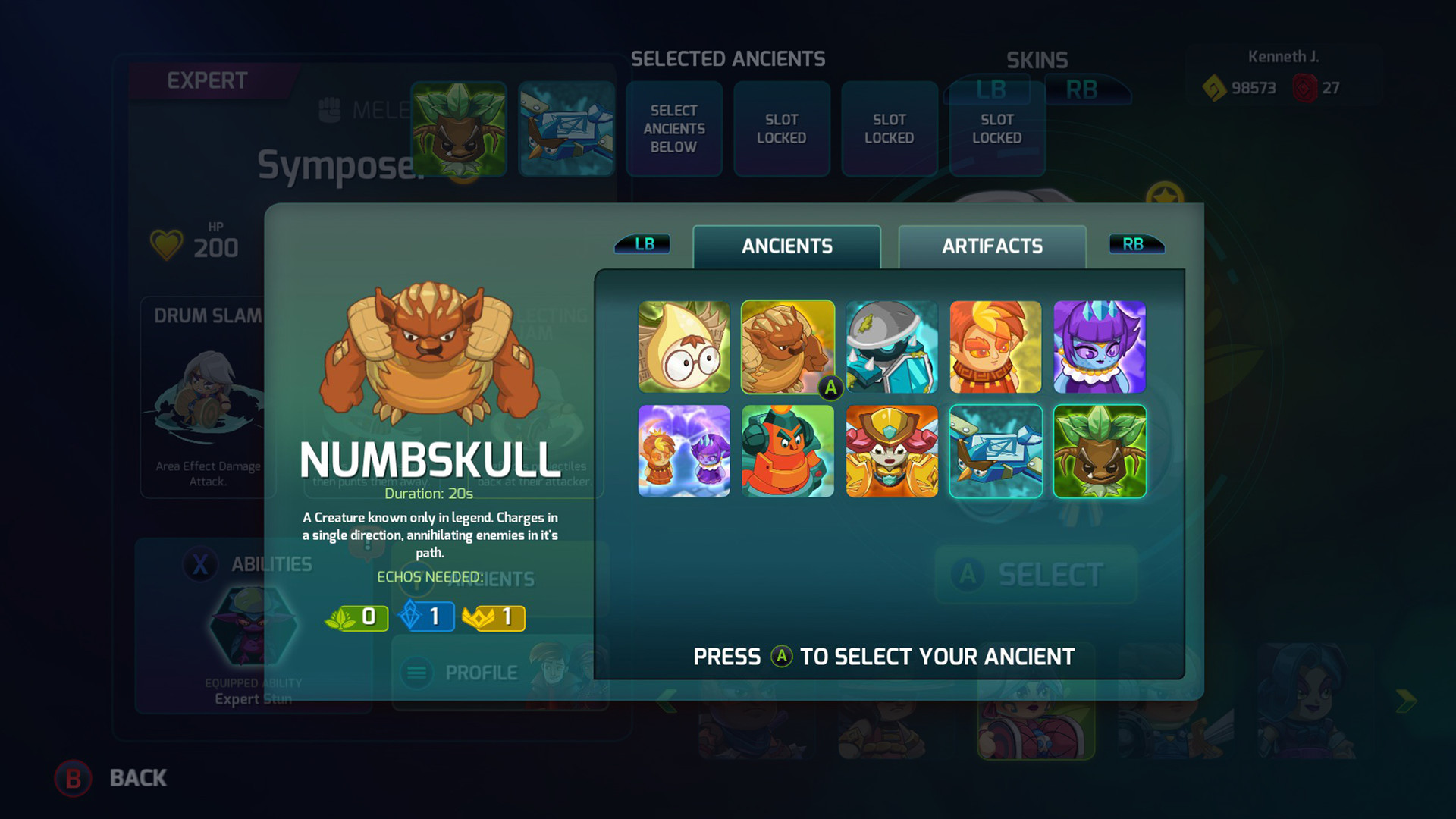 My biggest complaint with Next Up Hero is that the Steam page doesn’t list a warning that a controller is strongly recommended for this title. In fact, upon loading into the game, I was met by a warning screen that outlined the likelihood of my repeated in-game deaths if I chose to use the keyboard/mouse configuration. Having seen numerous Beat ‘em Up titles with such a warning before, I feel strongly that the Devs should consider adding one to the storefront. Players currently cannot remap the key bindings either, which creates unneeded difficulty for anyone who either needs or desperately wants to re-bind them for any reason. 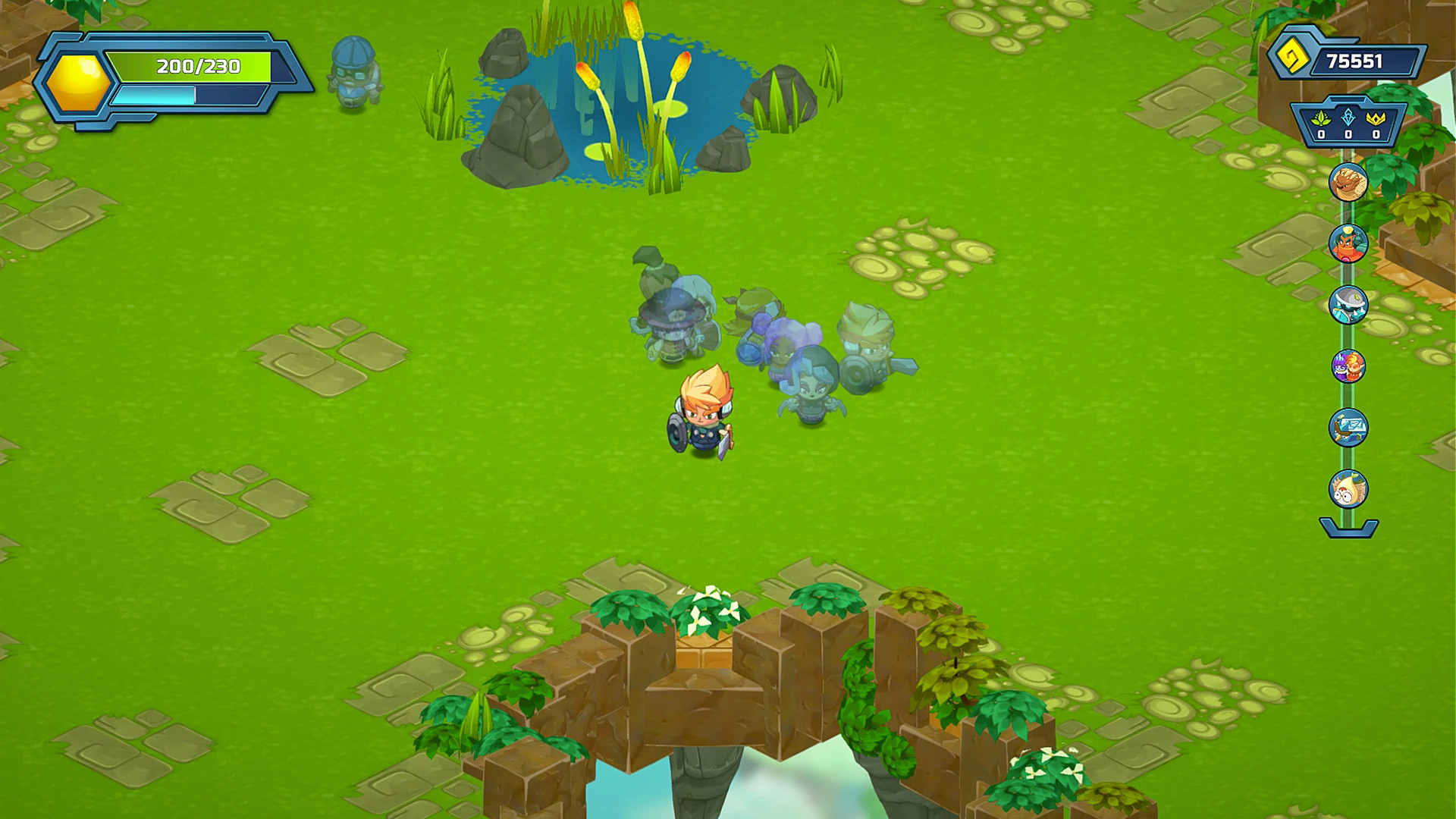 Fans of this style of gameplay should absolutely give Next Up Hero a closer look, especially since it does a great job of blending RPG and Rogue-Lite elements into the usual mix of Twin-Stick Shooter dynamics. It’s well polished, with a fun soundtrack and cute graphics, and both the style and gameplay reminded me of Brawlhalla and similar titles. It’s difficult, but a very customizable experience; the more you play, and unlock, the more variety each of your Heroes has in terms of gear loadout. Additional skins, a clearer in-game Manual, and a Tutorial you can repeat if necessary would go a long way towards fixing the minor issues this title has. 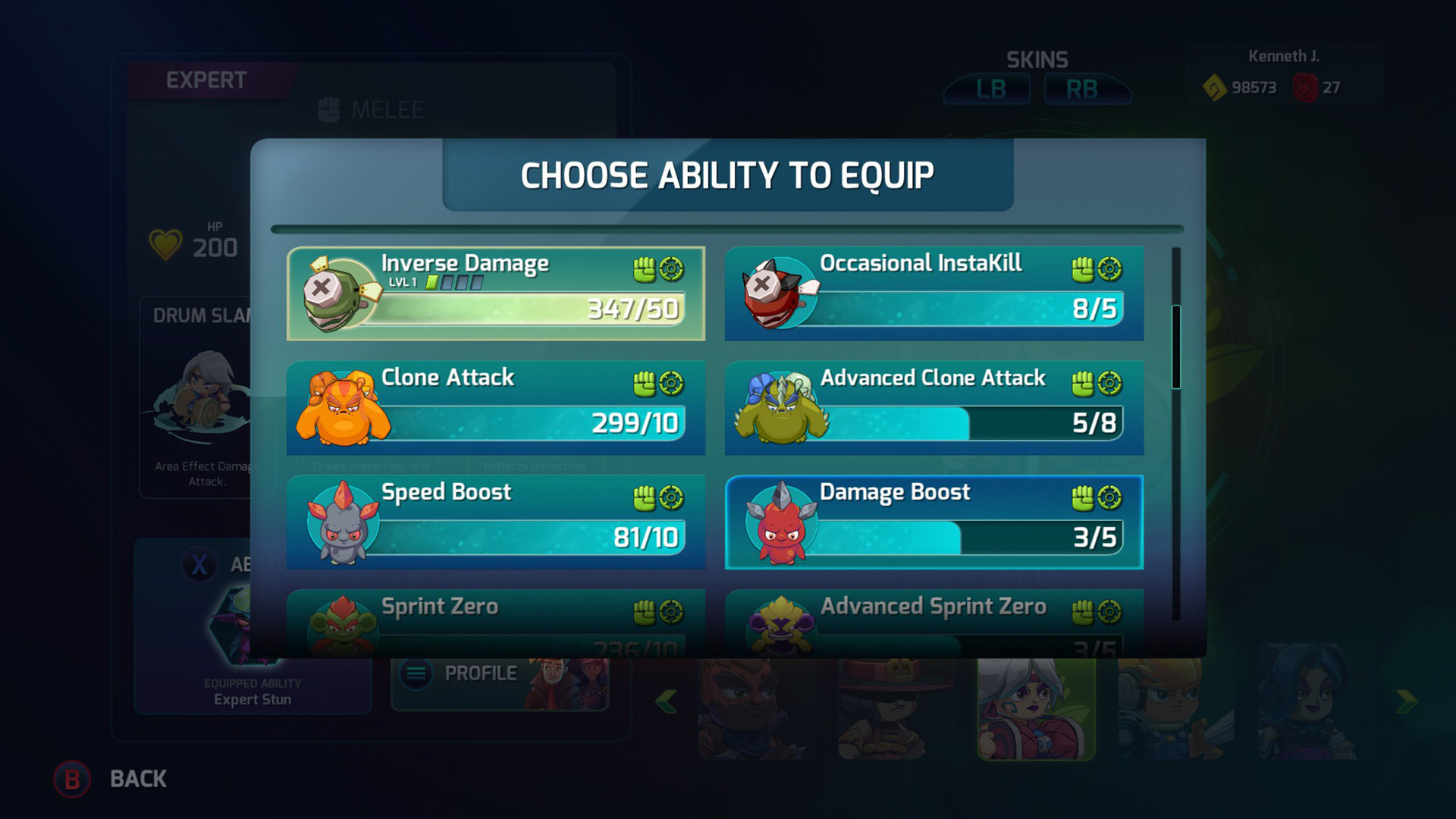 The ability to create, and publish, your own level “Ventures” is an interesting way to engage the community, and I hope its popularity grows to better support active use of the interesting Multiplayer feature present here. If you enjoy Beat ‘em Up titles – and you have a controller at your disposal – Next Up Hero is a worthy addition to any Steam library, even while in Early Access.