Faris
Reviewer at The Drastik Measure
I am Faris, an eternal student in making, anime enthusiast, gamer and an avid reader. I mostly prefer RPGs and Turn-Based Strategies, alongside Visual Novels.

Latest posts by Faris (see all) 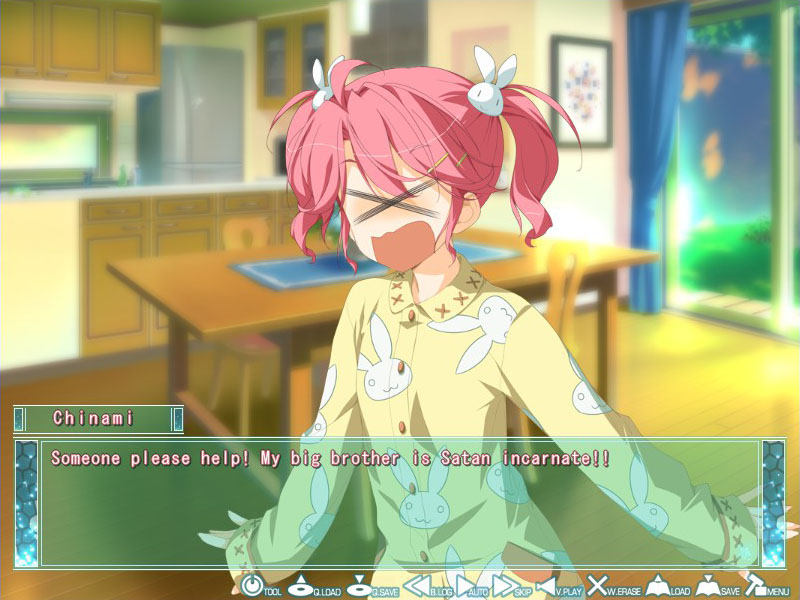 Hoshizora no Memoria -Wish upon a Shooting Star- is a Visual Novel developed by Favorite in 2009, and published in the west in 2017 by Sekai Project. It is a very fun VN, despite some problems that it possibly has.

The story revolves around the character named You and his adventures with everyone he meets after returning to his hometown, while also looking for the girl he loved as a kid. He can’t find his love, unfortunately, but he does find a mysterious girl called Mare that looks exactly like her, and even behaves similarly. They arrive at the conclusion that she is a Grim Reaper that reaps people’s nightmares, but that’s not enough for You, and he keeps meeting her to find out more and more about her. You (the protagonist) is not a self-insert like in most Visual Novels of this type, but actually has personality and is genuinely interesting and funny as a character. 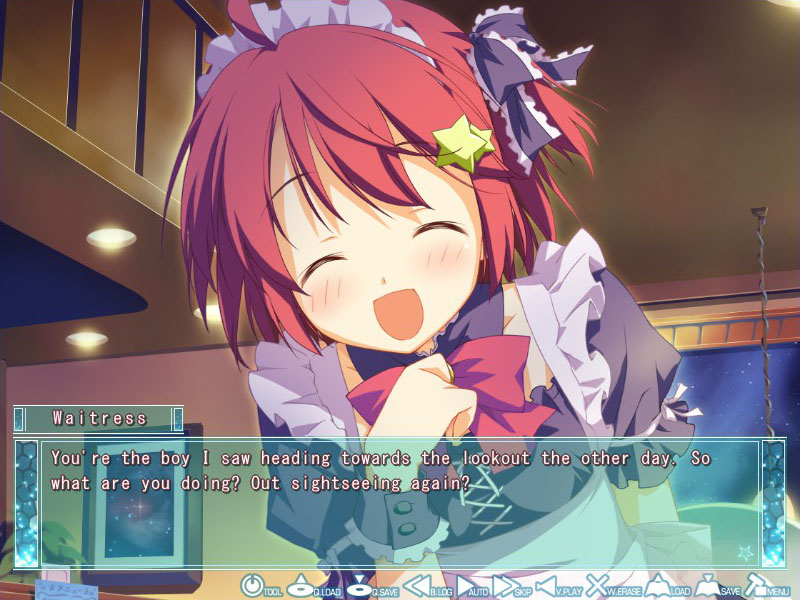 The main conflict of the common route, as well as the true ending, is the mystery of who the girl that reaps nightmares really is, and the reveal is nice and slow – but never boring. Still, the story is largely subservient to the characters themselves and especially their interactions between each other. While there is a mystery plot, the actual progression of the story is much more like a slice of life than anything full of action and excitement. That’s good, because the characters and their interactions are absolutely hilarious… most of the time. I didn’t mind that a lot of time the events were very mundane such as unpacking, or going shopping, because they were fun. Some bits repeat themselves a couple of times with slight alterations each time, and while some may find that repetitive and boring, I liked it because those slight differences between each repetition made it still funny. 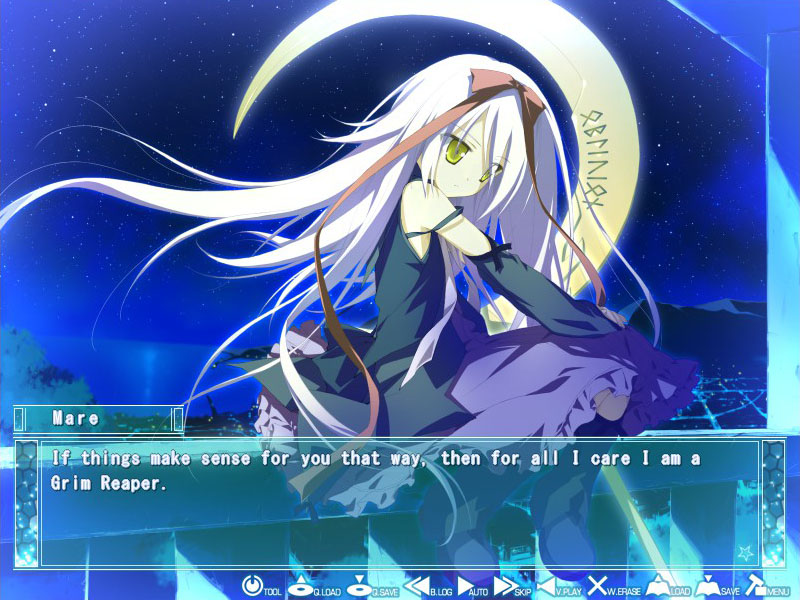 The common route is rather long when compared to the length of each character route, but it is worth it for all the interactions, and even the main conflict. When you get to character routes, every single story is quite different from the others, which means that there is no overarching plot that all of the routes follow. That means that only the true ending follows the story of Mare to the end, which allows us to finally learn who she is. I liked this because it allows for a broader range of stories to be experienced within this one game, rather than experiencing the same story from different perspectives. Some might prefer that, though. 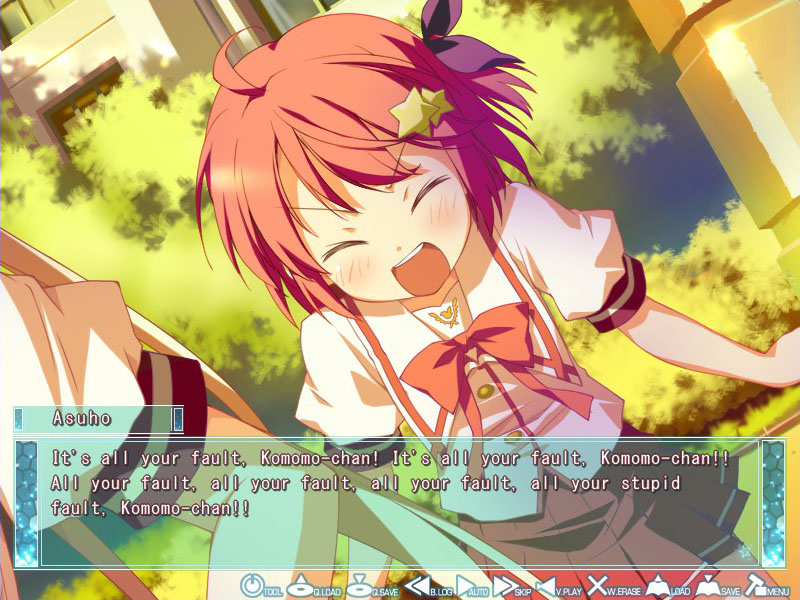 The game looks rather beautiful with all the different CGs and the clean, crisp look. Even though the game is now 8 years old, it still looks as good as many VNs of today.

The music is pretty cool as well. The tracks generally go well with the scene at hand, and contribute to the atmosphere, both when the scenes are slice of life as well as when they are more serious. Some can, and do, get a bit repetitive after a while, but not many. All of the characters except for You are voiced, and the voices are all pretty well done, and fun to listen to. It is a pretty lengthy VN, but I sort of wish it was even longer, at least when it comes to some of the routes. 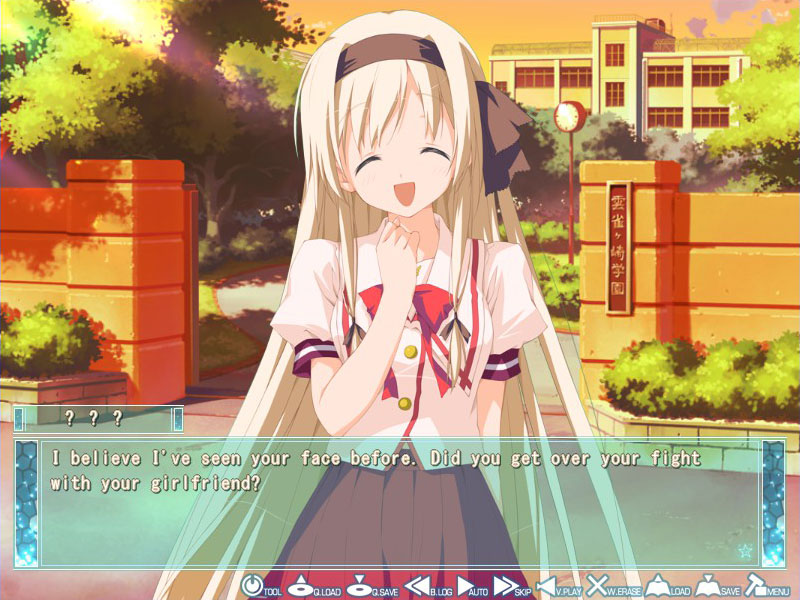 If you’re into slice of life visual novels, then I most certainly recommend you give this one a go as it has plenty of such content to offer. If you are into mystery, then be wary about the fact that only the common route (which is, admittedly, pretty long) and one character route deal with the mystery of Mare, and if you don’t mind about the shorter length, then I also recommend it to you.

Faris gives Hoshizora no Memoria -Wish upon a Shooting Star- a Drastik Measure 7.4 out of 10 (74).

Hoshizora no Memoria -Wish upon a Shooting Star- is available on Steam for $19.99 USD.